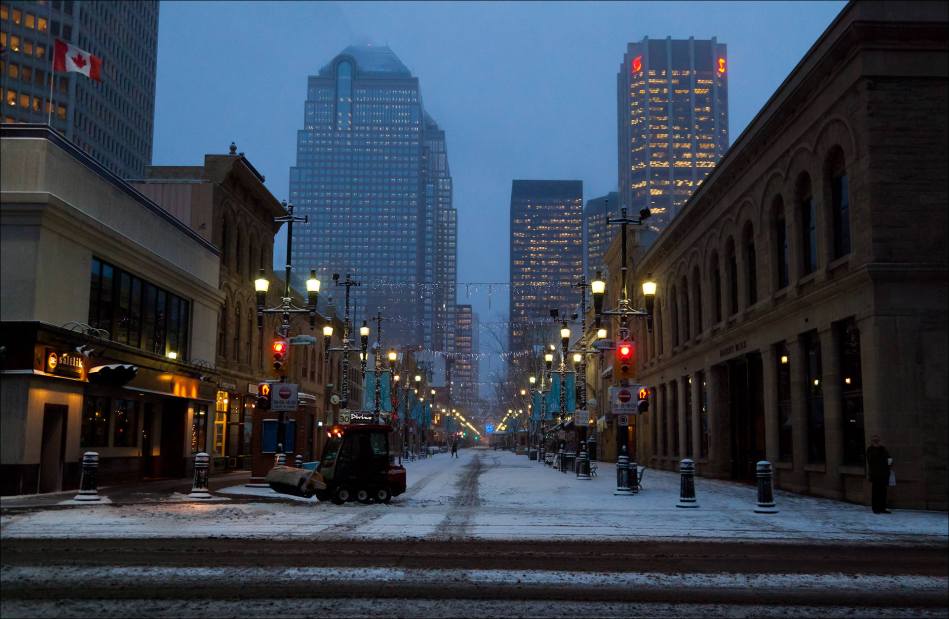 I was in downtown Calgary the morning after our first winter storm on Thursday.  It was our first real snowstorm in a few weeks and the moody overcast light inspired a couple of images as I made my way along Stephens Avenue. 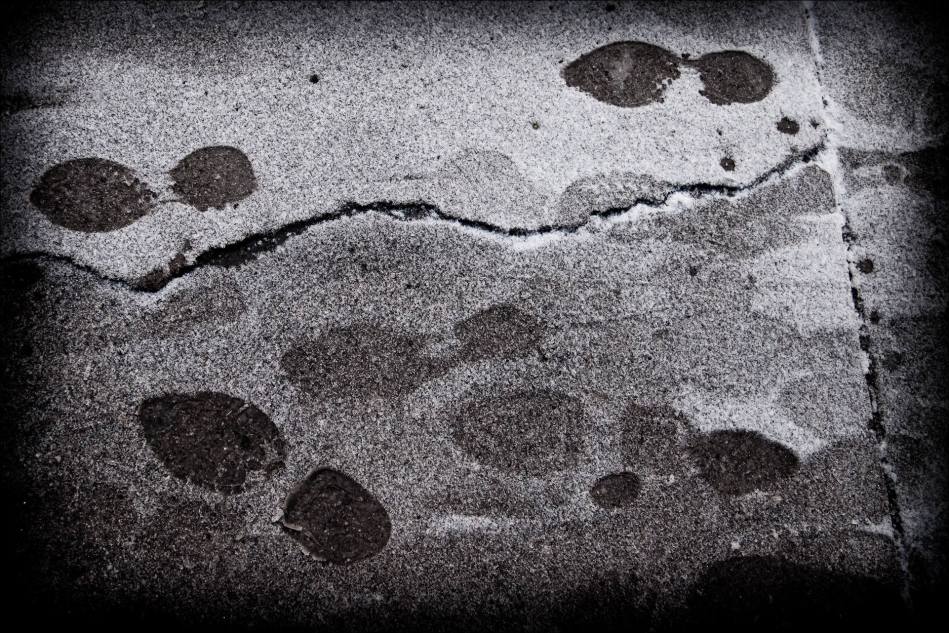 These silhouettes of the other commuters created nice abstracts for a final image on the morning.

I was out on a windy hill east of Calgary’s downtown core on Monday night photographing the city center at sunset. There were some great clouds that soaked up the light to create some beautiful hues that reflected into the buildings. As the sun fell, stray light would find a clear patch through the clouds and then bounce around the glass on the buildings. A beautiful scene to photograph, here are a few from the evening.

Although it is no longer the tallest building along the skyline, the Calgary Tower is still an icon for the city.  This is a different look at the building as dusk quickly advanced.

A view of the whole downtown as the sunlight waned. 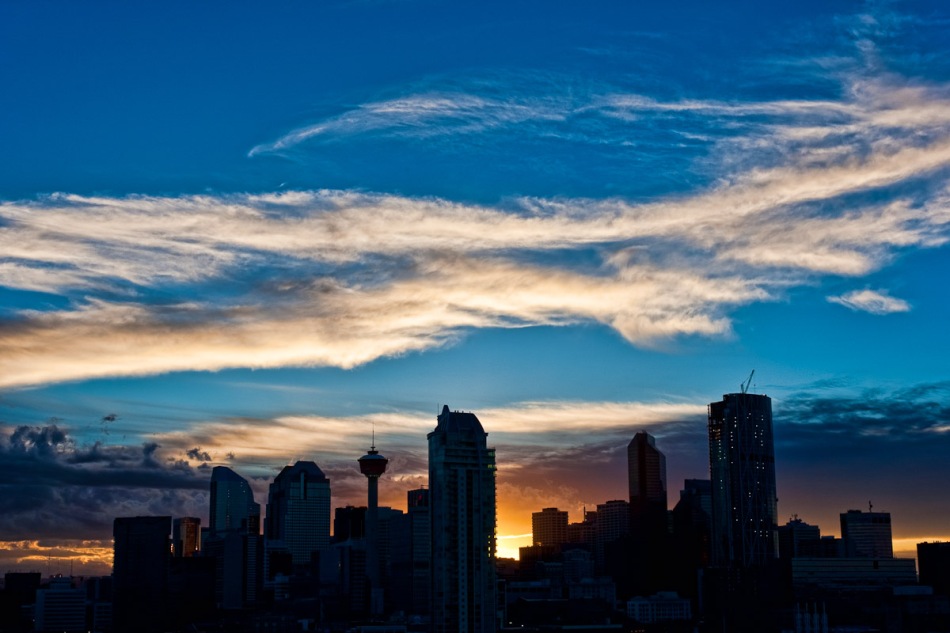 I am enjoying the people I meet and see during my commutes into and out of downtown.  The photographs of these two gentlemen drew my attention when I was looking through my recent pictures.  The driver was a quick shot taken as my car passed by a bus – I didn’t realize that the bus driver was looking at me.  It certainly makes the picture.  The man waiting for the train had a stately, refined manner which stood out from the standard commuter.  I am taking queues from this man’s sartorial tastes.

More to come from the commuting into Calgary’s core… 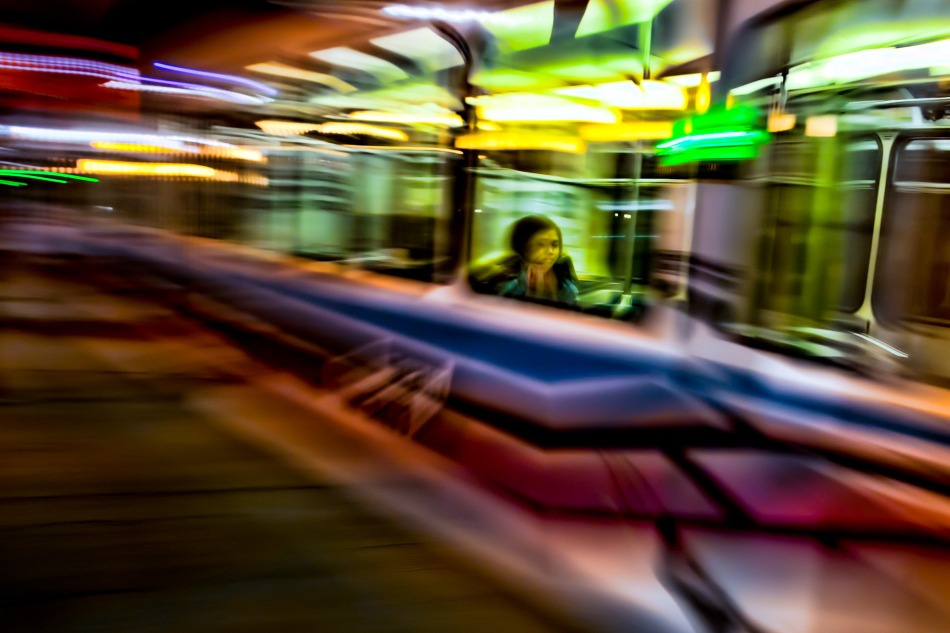 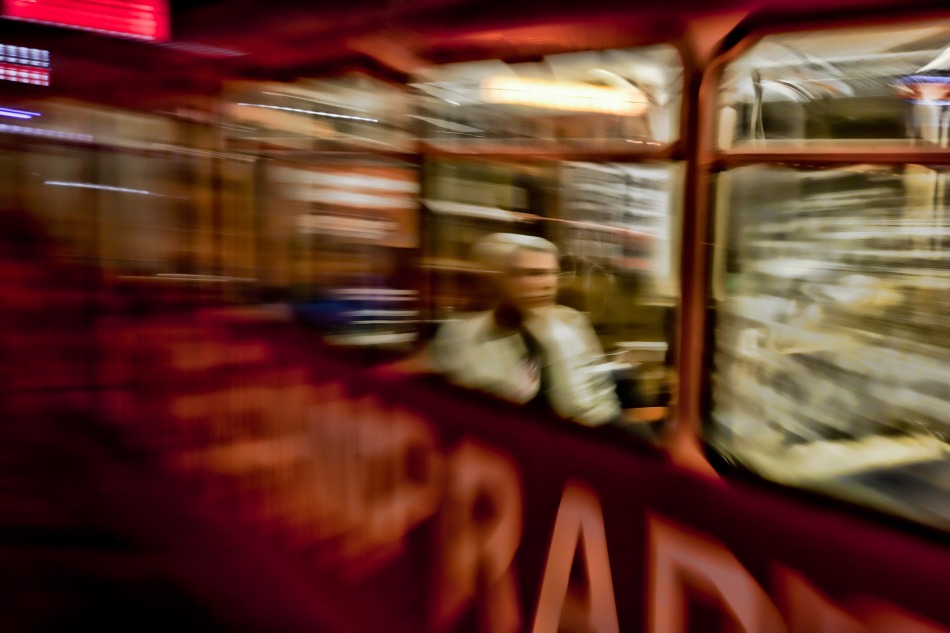 Commuting Downtown: Vehicles and People Along the Way

I have been working downtown the past couple of weeks which finds me riding the bus, rolling on the train and walking around the core.  It makes for great opportunities to photograph people and vehicles – two themes I quite like working with.

With the businessman striding past, along with the absurd text, the lines and the display designer behind the glass collaborating to create an interesting scene.

I will be downtown for a while longer so there will be more to come on these two themes.

Glass: My fascination with photographing windows

As part of my ongoing fascination with glass, I am working on a collection of abstract images involving windows.  Here are three photographs that have made it into the series so far.

I love these thick blocks of glass that are often found in homes.  They are great for allowing light in while keeping the interior private.  For me, they warp scenes on both sides of the glass and I love the effect.  The crazy pattern in this pane is actually a plain window in the brown brick building about ten feet away. 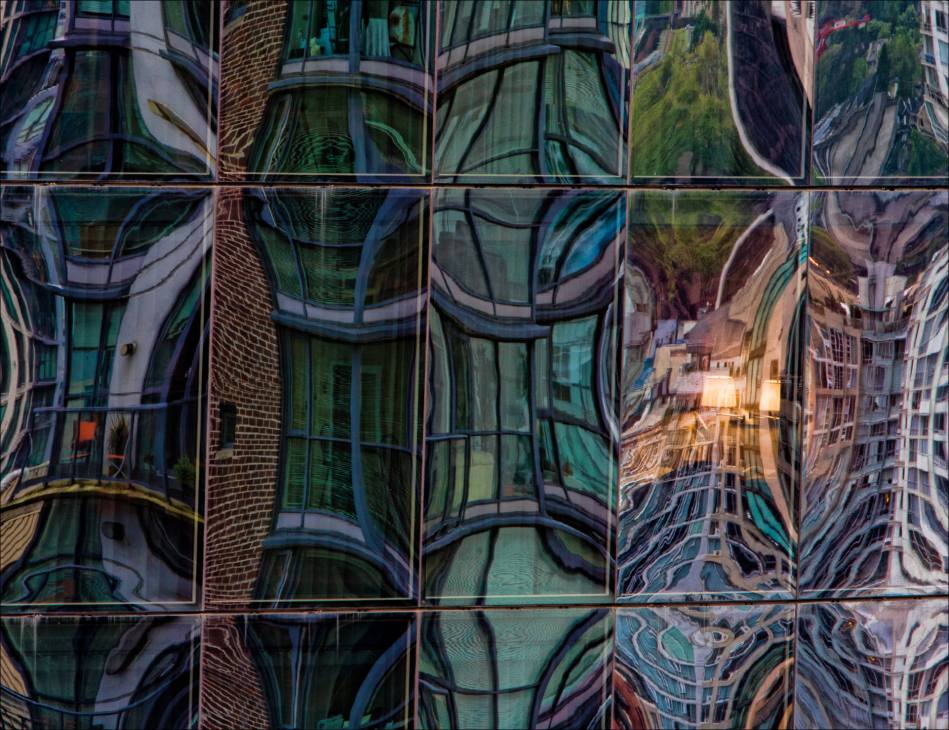 These windows belong to an apartment building in Vancouver’s West End.  I love the curves introduced into the reflections by these big sheets of glass.

This one strays a bit from the glass theme but I was drawn to the strange pattern created by the window frames from this angle at ground level in and alley in downtown Calgary.

I had the opportunity to work with glass (blown glass) for fun a few years ago and really enjoyed it.  I love working it into my photography whether as the subject or as part of the supporting cast – it really is wonderful.

I don’t actively hunt graffiti out but occasionally there is a piece that demands a second look when I see it.  Whether because of the color, the shapes, the location or something less tangible, I have to photograph the occasional piece.  Here are four pieces where I like the art and the way I captured them in a photograph. 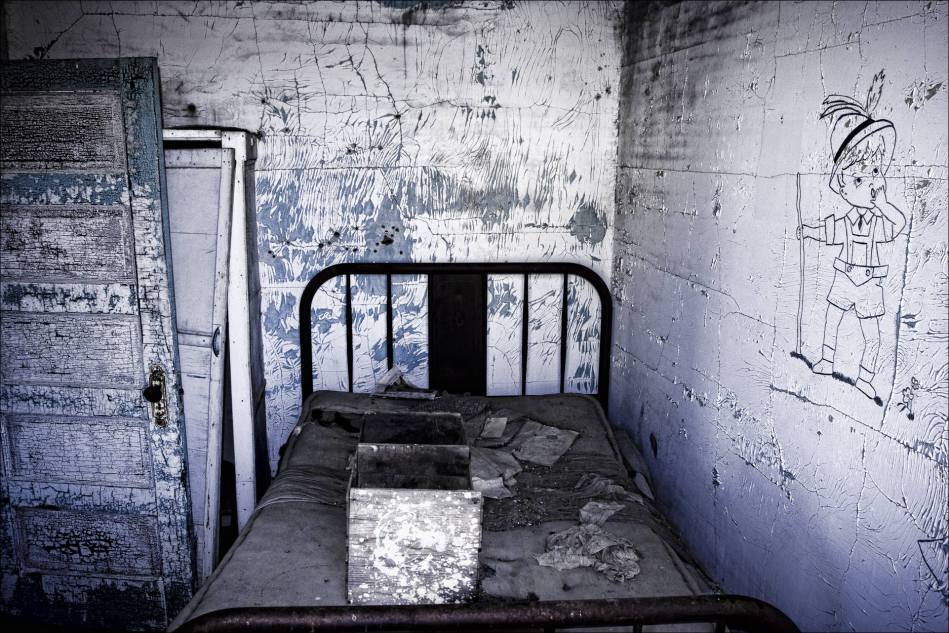 An incongruous drawing in the bedroom of a long abandoned farmhouse near Gull Lake, Saskatchewan.

Railroad cars have no shortage of graffiti on them.  This little bird and the weathered paint attracted me more than the larger canvases nearby. 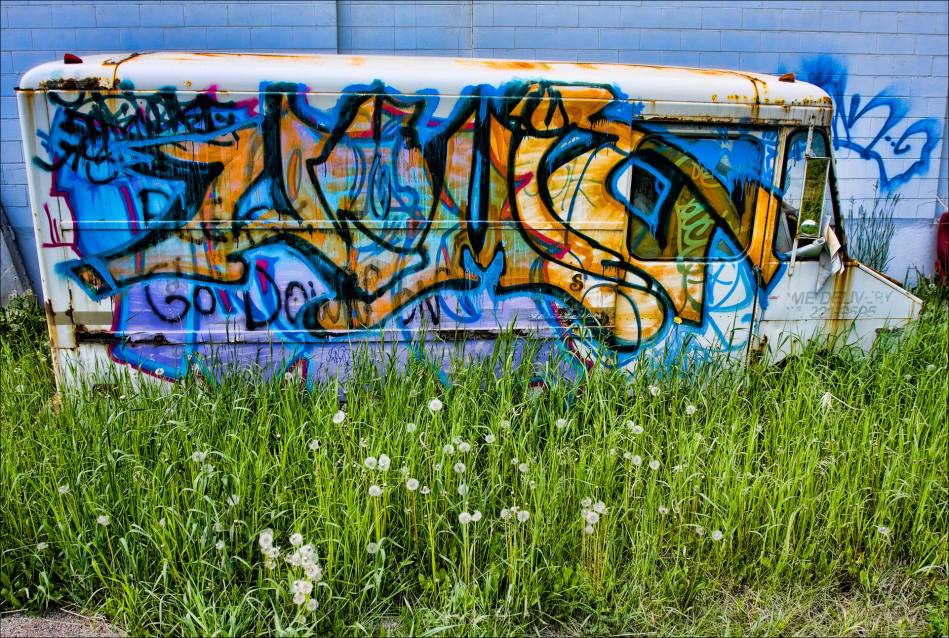 This van’s delivery days are long past but it is doing great brightening up a back alley in an industrial section of Calgary.