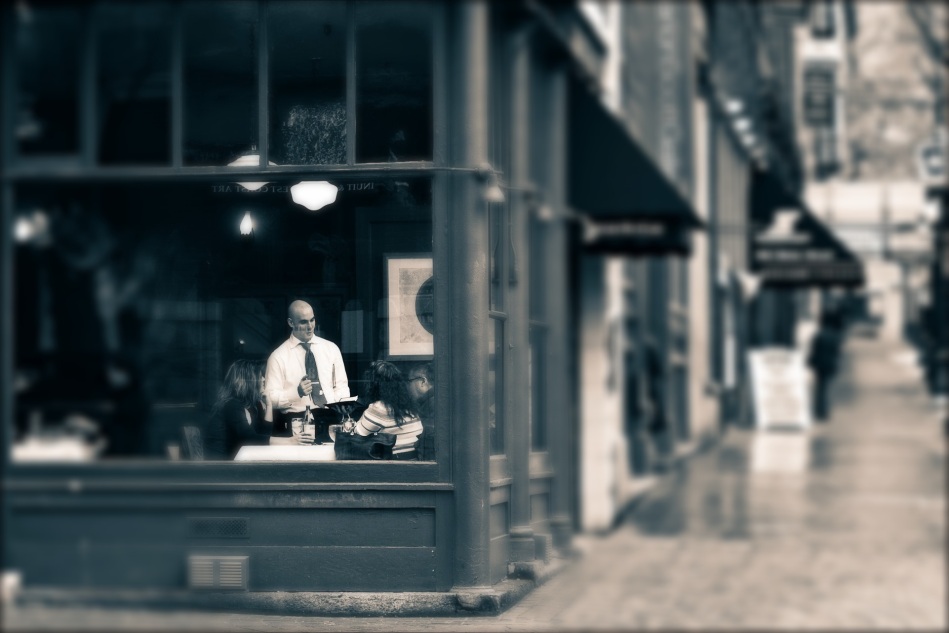 Street Vendor – a boy in Yangon 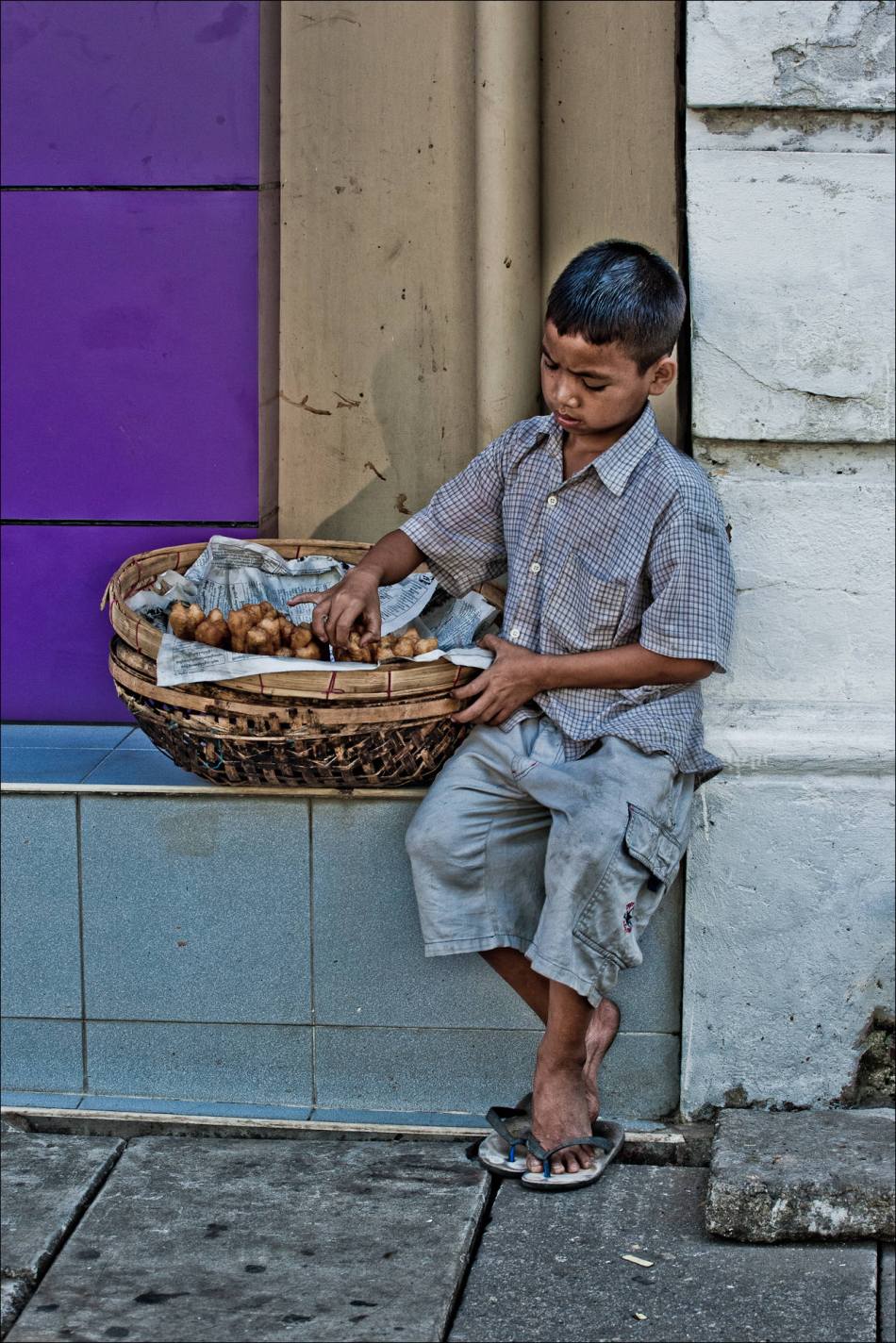 This boy was on the edge of Chinatown in Yangon, Myanmar.  He was arranging the deep fried snacks in his basket and maybe taking a short break before continuing on.  I presumed that he was heading around the corner towards a large crowd was watching dragon dancers perform but did not follow him.  Looking at this photograph again, almost a year later, I was struck by a number of the little details – the flip flop sandals, the crease in his shirt collar, the concrete blocks forming the sidewalk, even his raised pinky.  It was an interesting scene to revisit.