The Shwedagon Zedi Daw is a nexus point for Myanmar’s Buddhists.  It’s history goes back more than 2600 years and it is an amazing place of humanity, faith and spirituality.  The main stupa is sheathed in gold foil as are many of the parapets and other buildings on the grounds.  I went there twice when I visited Myanmar in 2010 and think I could return many more times and always find new things catching my eye.  On my second visit, I watched these workers gilding a new, or maybe restored, tower.  It was a hot day and while one gentleman found a ball cap to be sufficient protection, the other preferred a more encompassing head cover.  This was detailed work and they were attentive to the task at hand.  I had to wait a little while until one of them looked up from the tower and glanced out over the crowds walking around Shew Dagon. 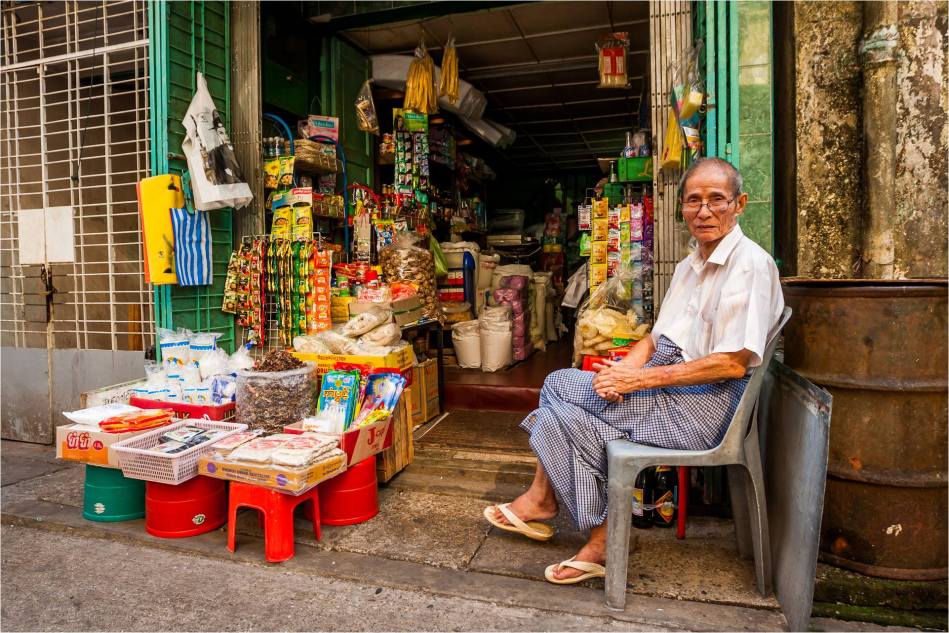 This evening I was working with some images from a trip in 2010 to Myanmar.  I put together this small set from a walk along one of the market streets in Yangon’s Chinatown.  People worked, shopped, talked and lived on this street.  Vibrant, crowded, loud and unusual were some of the thoughts I recall from this stroll on my first day in the country.

Street Vendor – a boy in Yangon

This boy was on the edge of Chinatown in Yangon, Myanmar.  He was arranging the deep fried snacks in his basket and maybe taking a short break before continuing on.  I presumed that he was heading around the corner towards a large crowd was watching dragon dancers perform but did not follow him.  Looking at this photograph again, almost a year later, I was struck by a number of the little details – the flip flop sandals, the crease in his shirt collar, the concrete blocks forming the sidewalk, even his raised pinky.  It was an interesting scene to revisit.

The Shwe Dagon pagoda in Yangon is central to the people of Myanmar and their faith.  It is a major place of worship for Buddhists in Myanmar as it enshrines relics of four Buddhas.  The history of and details about this golden pagoda are incredible and the Wikipedia entry is an interesting read.

My last evening in Myanmar coincided with the full moon of Tabaung Festival.  The festival is celebrated on this full moon in the lunar calendar and it is one of Myanmar’s largest celebrations.  Within the grounds surrounding the pagoda there are Buddhist rituals, family gatherings, water and fire offerings and many other celebrations that I was not able to learn more about.  I walked around from early evening, through sunset and into the night and the crowds continued to grow.  Incredible scenes of chanting, prayer and offering were everywhere all held together with a feeling of a shared experience with city people, monks, nuns, children and others from every stripe of life. 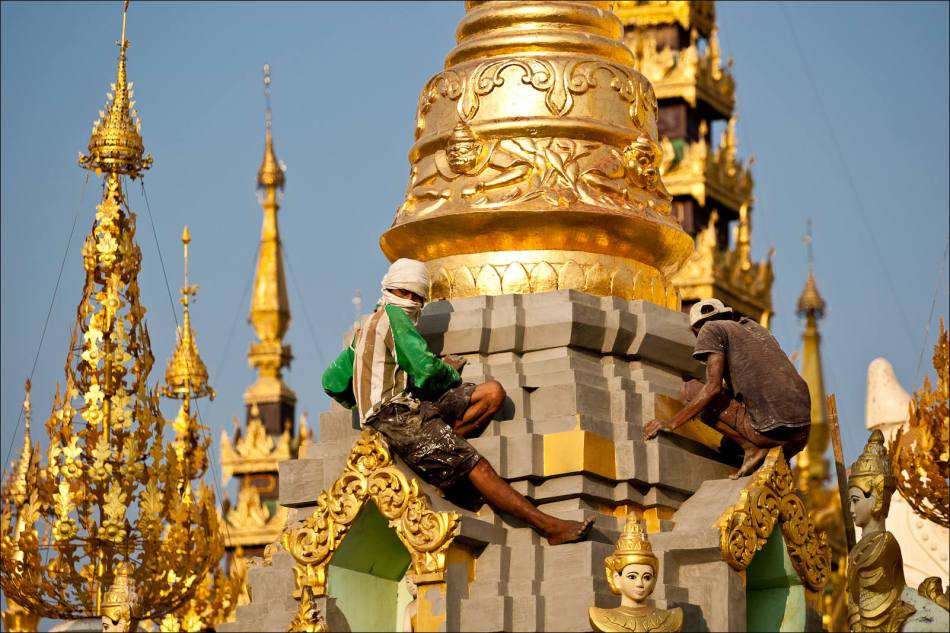 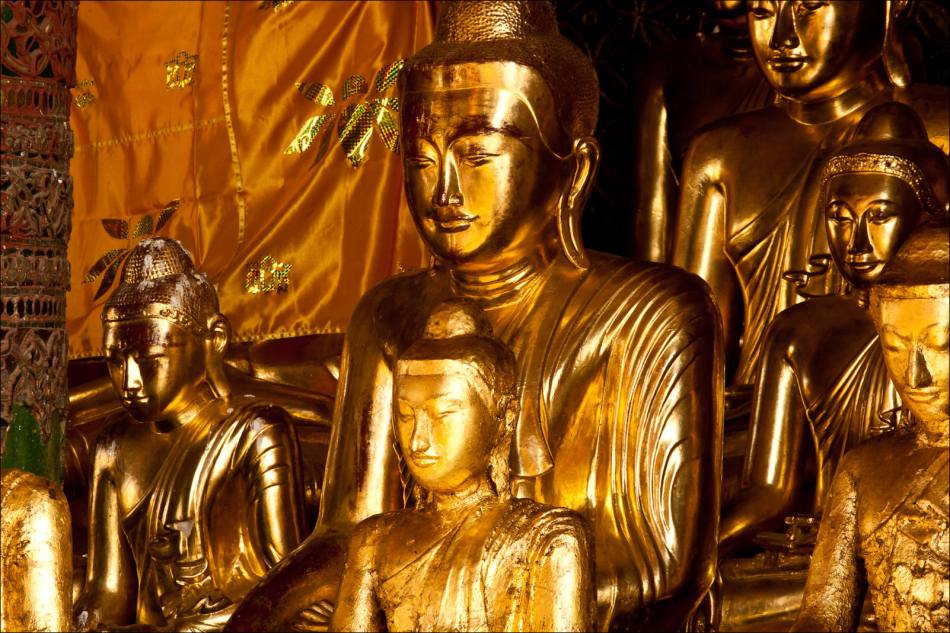 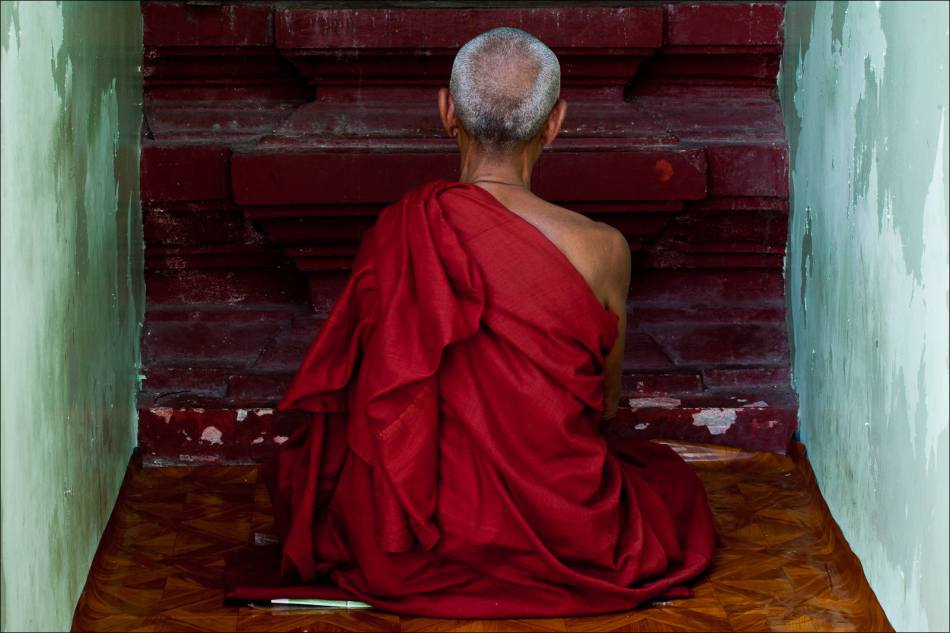 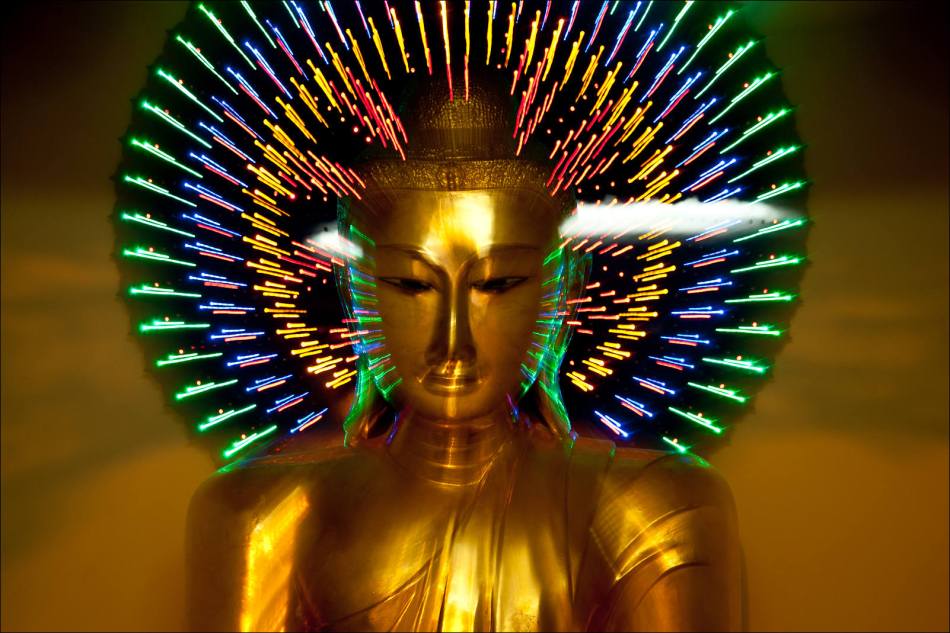 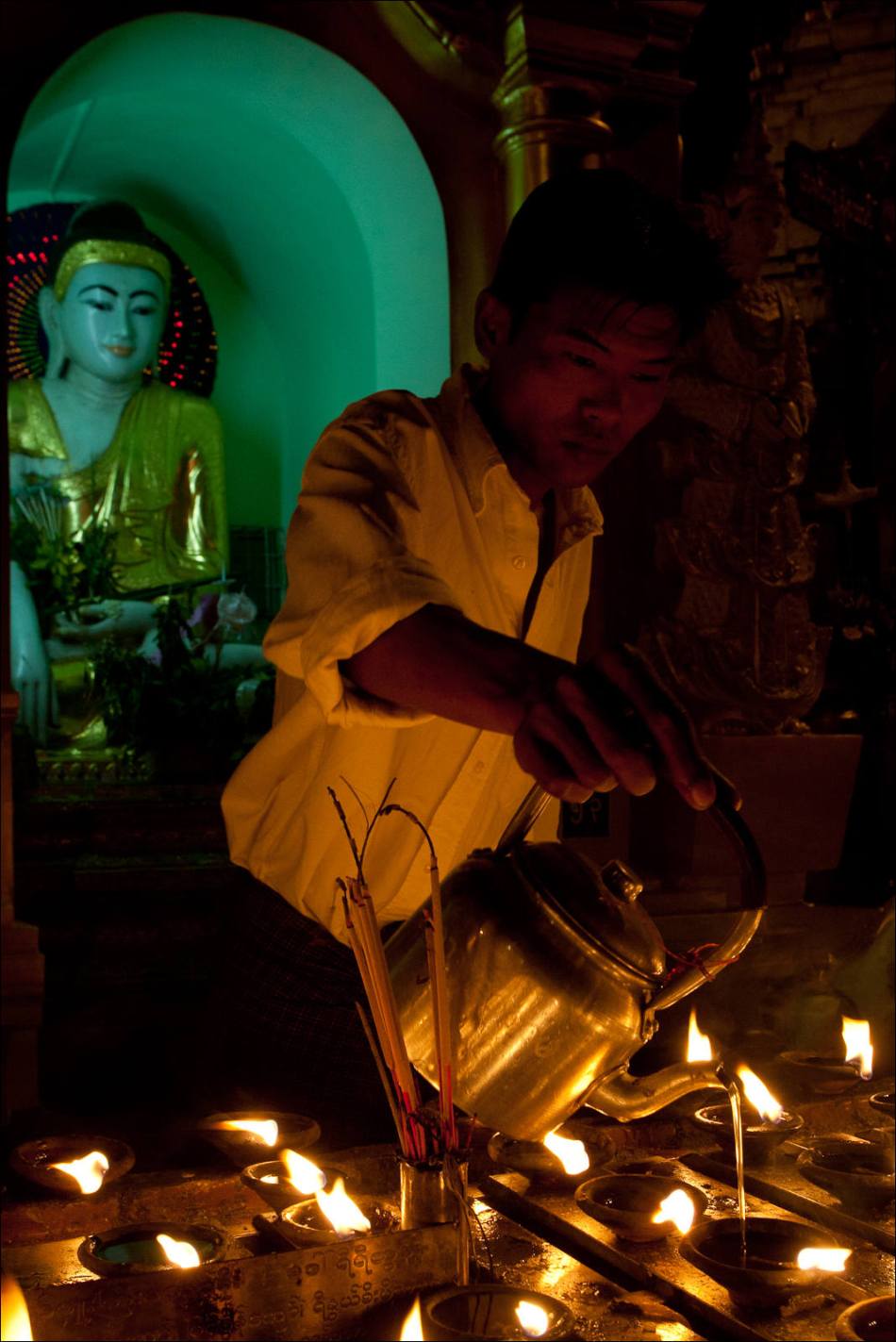 Thank you for taking a quick walk around Shwe Dagon with me. 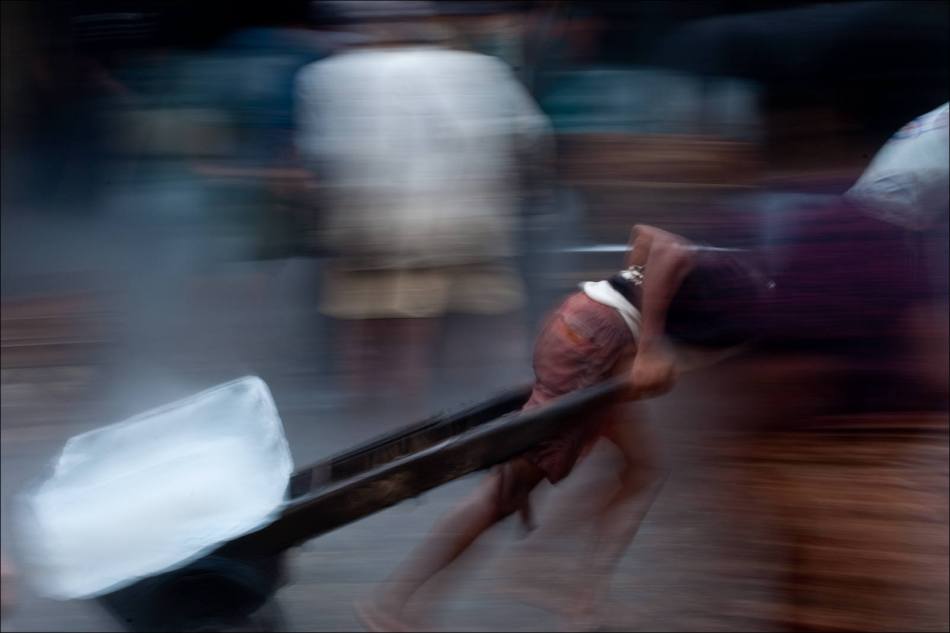 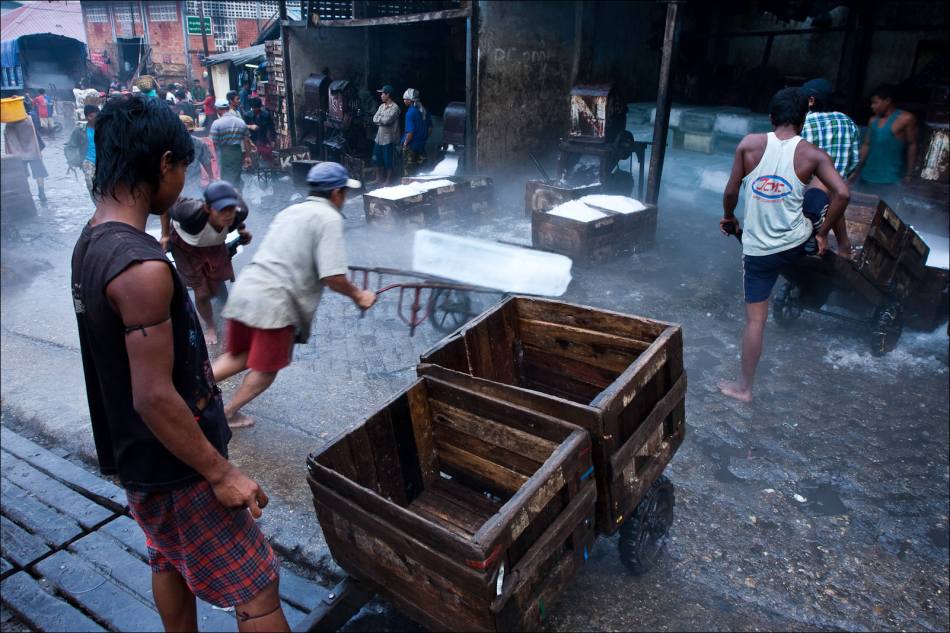