A flower from Yunnan 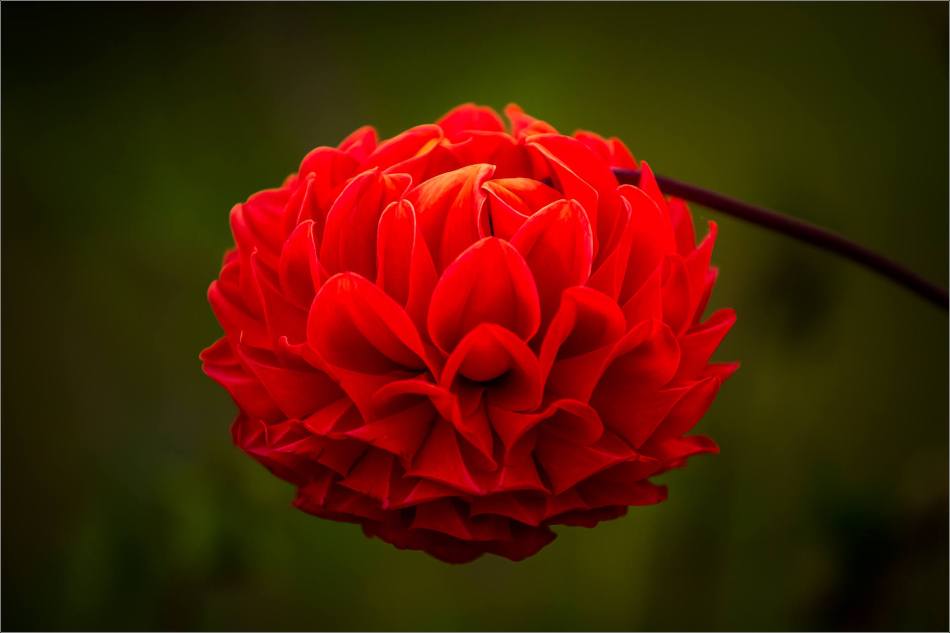 When I was in Shangri-La last September it was still early in their autumn season so wild flowers were still in bloom throughout the countryside.  I don’t know the name of this flower I found while traveling the countryside in the Na Xi region of Yunnan Province but it was strikingly beautiful to my eye.

2/19 update: Thank you Vicki and Jo Ann for identifying this flower as a Red Dahlia!

Out at my latest infatuation , this old F350 abandoned beside a country backroad, last night.  The evening light after the sun dropped behind the Rockies was great and with long exposures, light painting with a flash off camera and the steadily darkening sky, I had a great time. 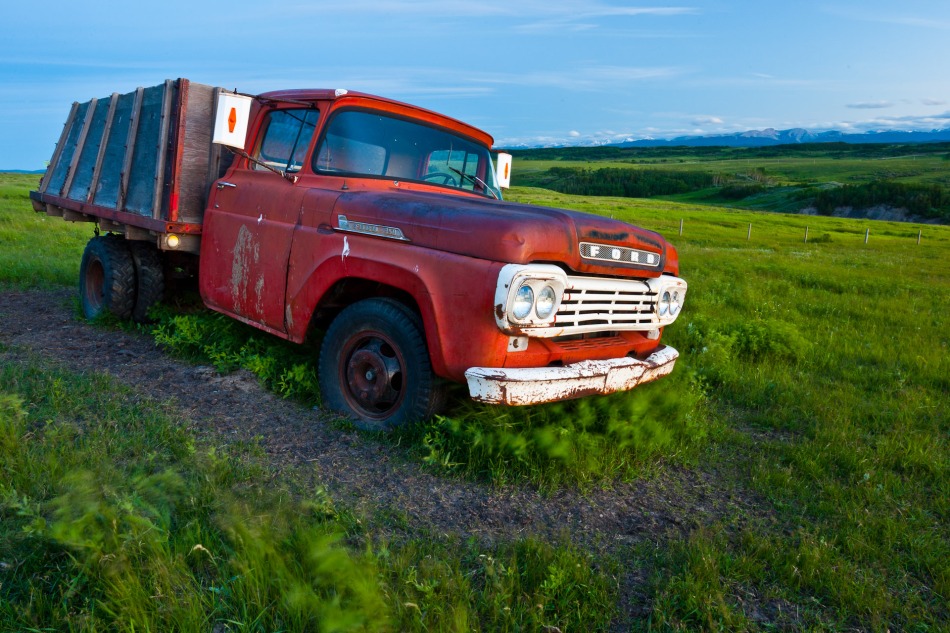 I was so absorbed, I lost track of time and didn’t make it back to Redwood Meadows to enjoy the community fireworks for Canada Day.  I could see the explosions from the truck but with 25 kilometers between me and home, they were just small balls of color.

As night took hold, I finished with a couple of darker images that left more shadow in keeping with the dark sky to the east. 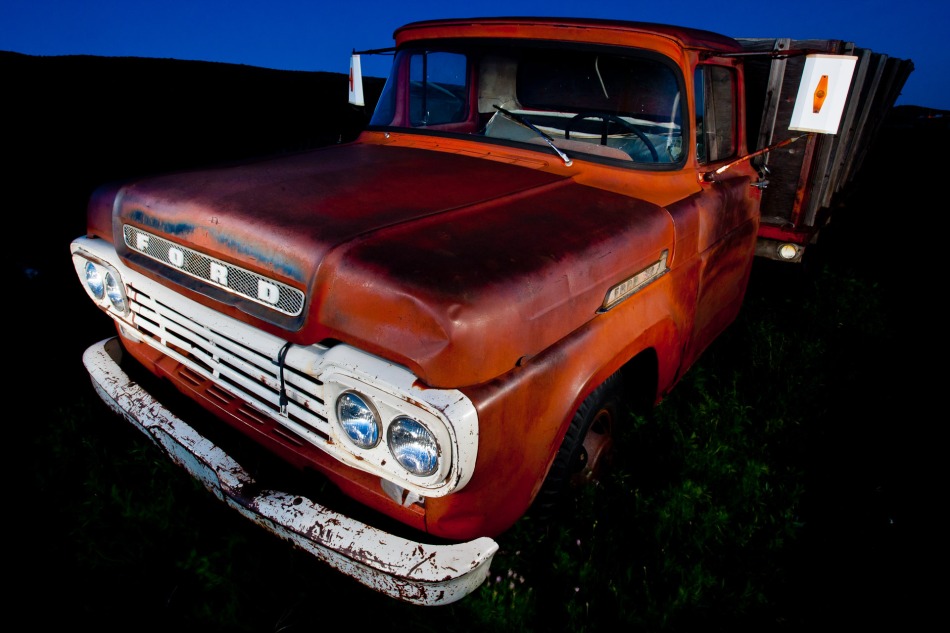 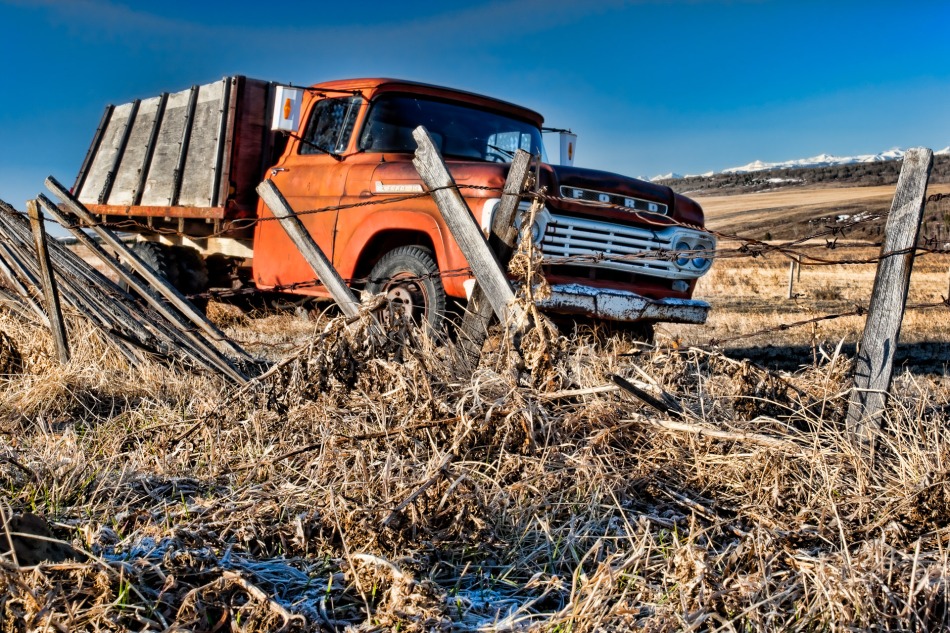 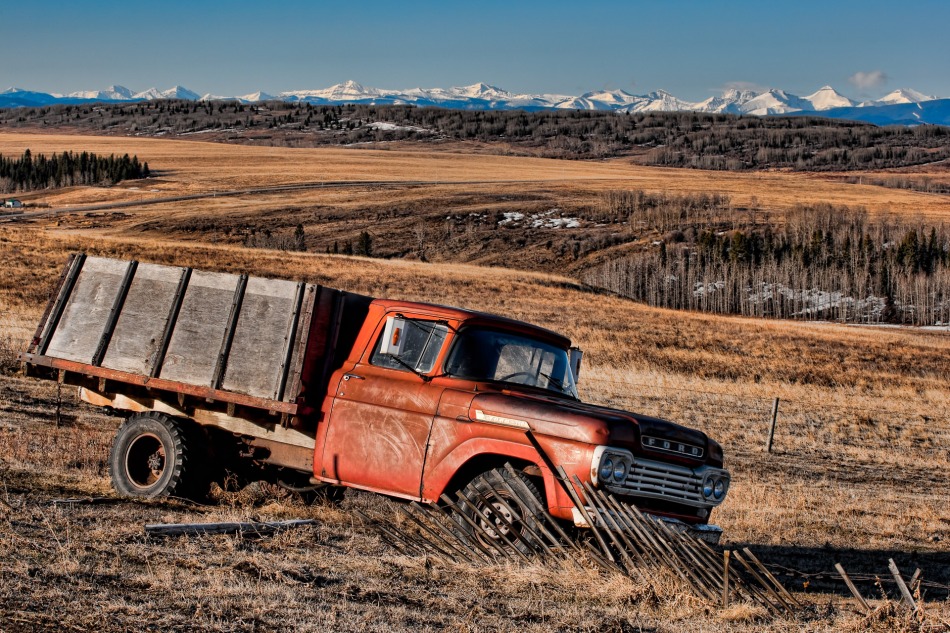 A neighbor has this lovely old hot rod that he’s brought up to show condition.  He takes it out for a cruise now and then.  Here is one of the photos I’ve made as he rolls past.

The blur is created by using a slow shutter speed on the camera and then panning with the car as it drives by.  Here, the shutter is set to 1/8 seconds using a 300mm lens on my Canon 1D Mark III.

In this second image, I have softened edges in the image to play up the painterly quality of this motion blur.  In Adobe Lightroom, I reduced the clarity to -84, set sharpening to 0, and adjusted noise reduction (luminance 100, detail 0 and contrast 0).  A different look, I’m going to print both to see which I like more.