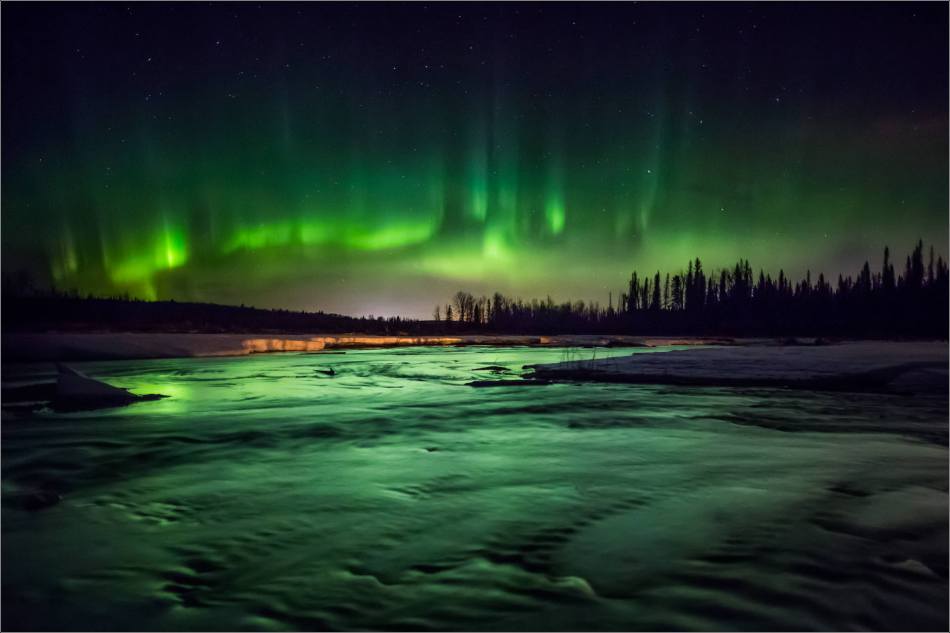 The night after St. Patrick’s Day brought out the Aurora Borealis over southern Alberta.  Along the Elbow River, west of Calgary, the bands of color rippled in the sky and on the surface of the water for several hours.  I met two photographers, Stacey and Clif, out on the berm.  They had come out to Redwood Meadows in search of the Northern Lights.  The show took a little while to start so it was nice to chat while we waited.  When the lights did start to dance it was beautiful.  I will share more images from the night soon as the colours and mood changed throughout the night and allowed for great variety. 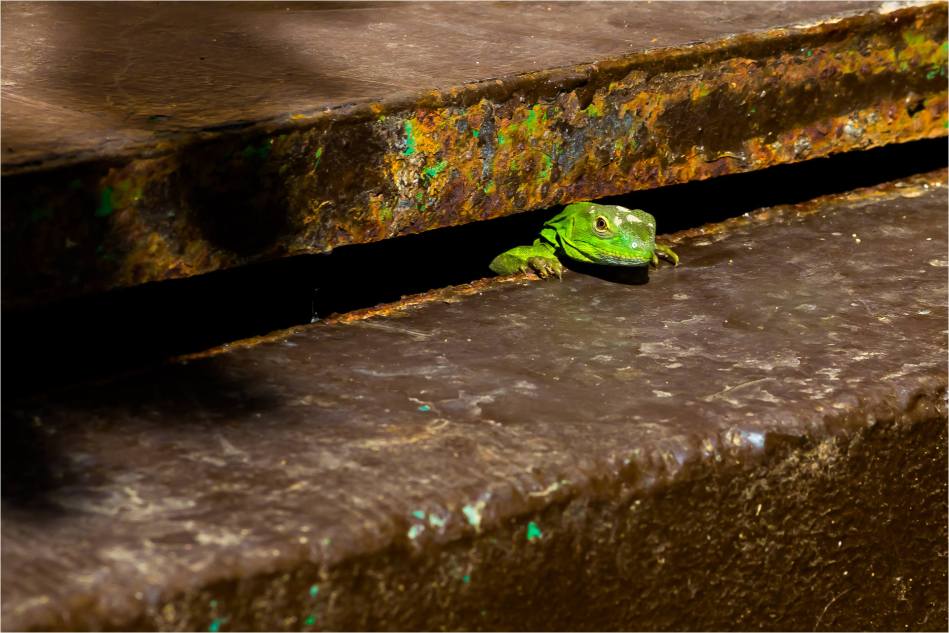 This iridescent green lizard had a black tail – with that colour scheme and pattern of spots, bands and spikes – he blended in well with its surroundings. 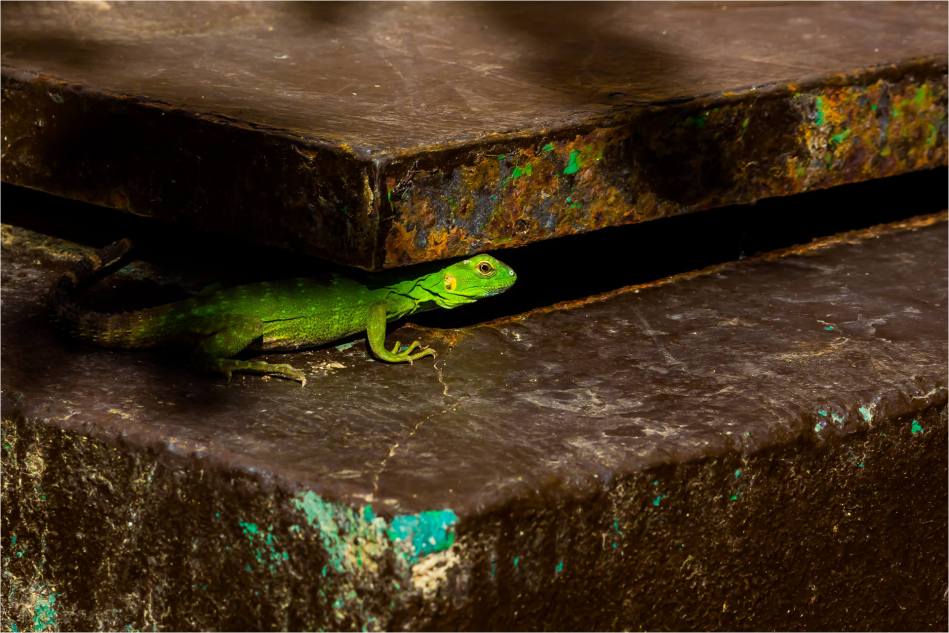 Whether peeking out from the shadow under a rusting metal lid or wound into a wall of leaves off to one side of the garden I found him in, he seemed able to choose when to appear and when to disappear. 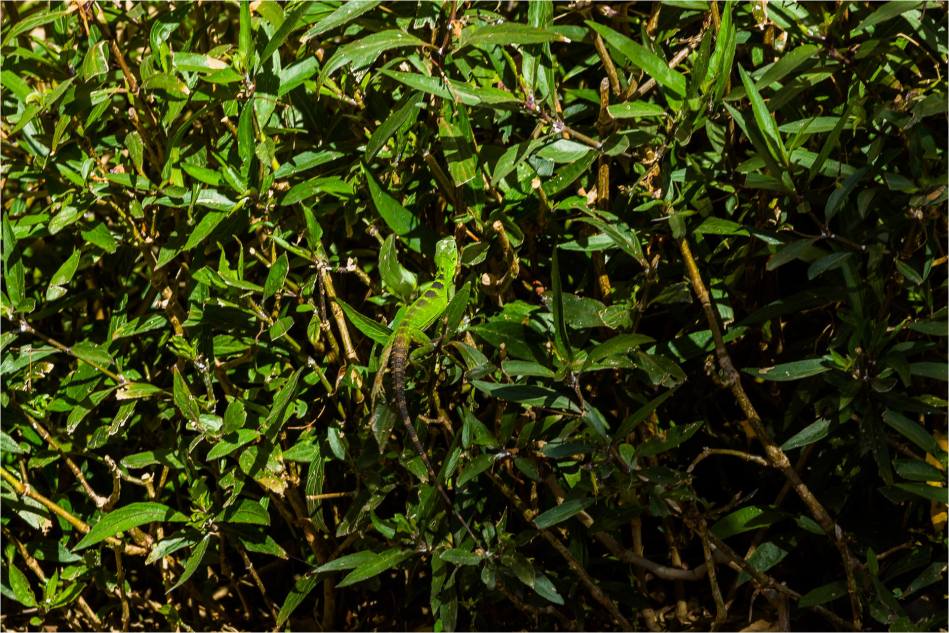 And when he chose – to strut like a peacock! 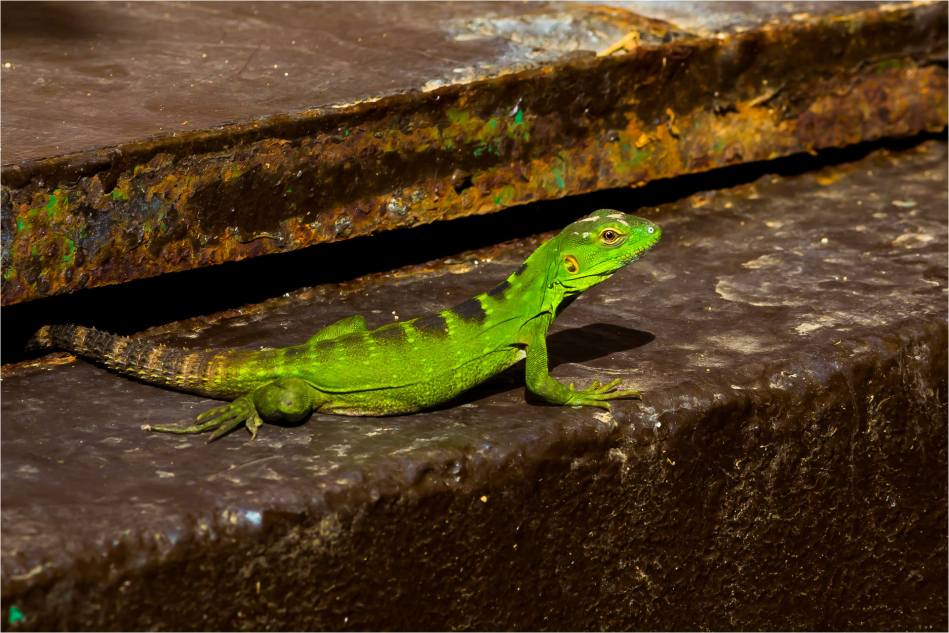 Note: I did include a couple of other photographs of this fellow in an earlier post on Los Cabos lizards here previously. 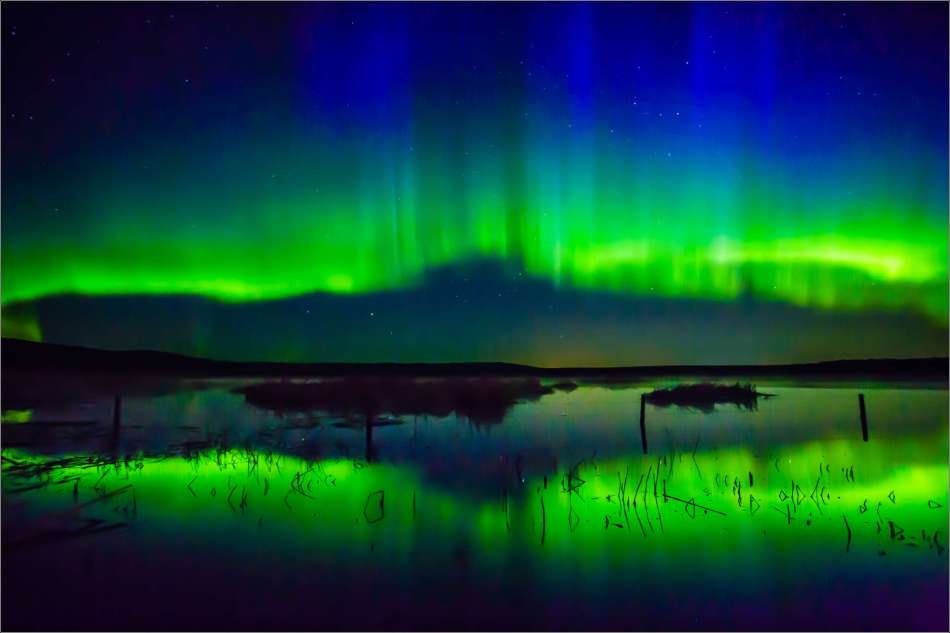 The Aurora Borealis lit up for a couple of hours last night so Jack and I were out until 5 AM watching the ribbons stripe the night sky.  There were few clouds and it turned out to be a very enjoyable performance.

A few images from the same night can be seen at this post.

Running with the Kolea 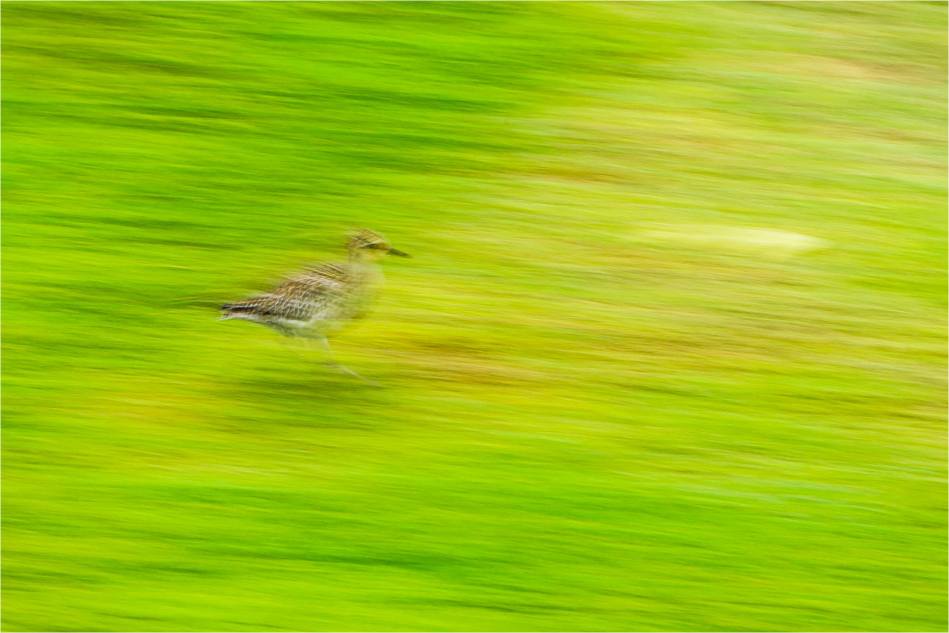 I photographed a pair of Pacific Golden Plover, called Kolea in Hawaiian, in the grasses near our hotel this morning.  They scuttled about the grass in the same fashion as I had observed them skip over rocks along the shoreline last year on a beach further north here in Kaua’i.  In the photograph above, I panned the camera while one of the birds ran nearby.

In the Oak Creek Canyon along the West Fork Trail 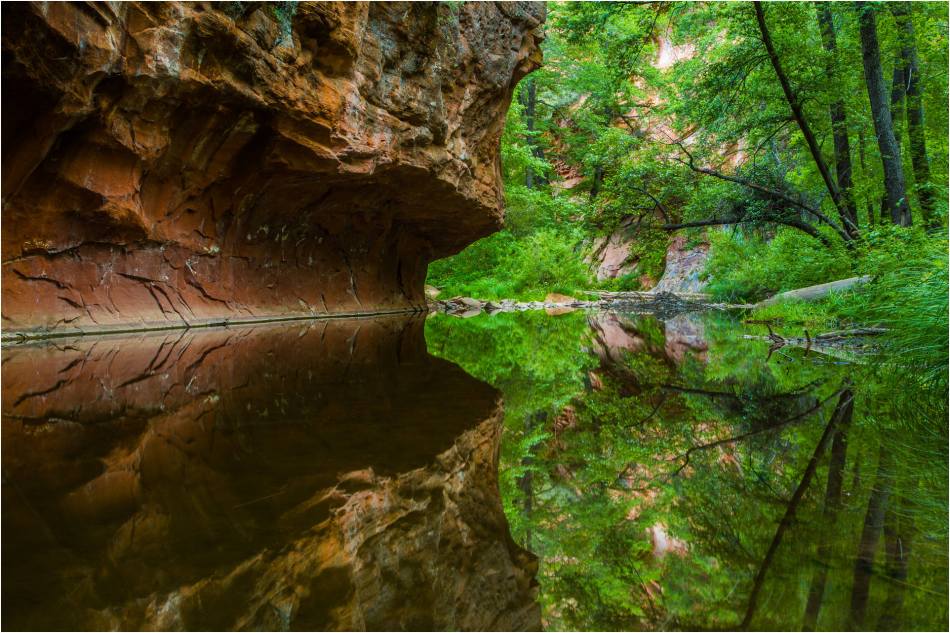 I went for a hike in late afternoon along the West Fork Trail which starts a few miles north of Sedona.  The trail follows Oak Creek as it runs against the contours of the steep Oak Creek Canyon walls.  These steep walls keep the heat found in Sedona at this time of year at bay and I found it to be a really nice temperature for a walk.  The trail itself is fairly level all the way up to the very last stretch so it was less a hike and more of a walk.  The forest with patches of wildflowers, many types of lush trees, birdsong and chittering insects was very enjoyable.  I spent a couple of hours on the trail, stopping to photograph a small outpost of butterflies, reflections of the scenery in pools formed in the shallows of slabs of red rock and everything else that caught my eye.  I saw this beautiful overhang of rock drawing the eye out to the greenery along the trail on my way up but it was a bit too bright for the image I had in mind.  When I came back that way on my back down, the light had cooperated and I was able to create what I was looking for.