Shaunavon is a town in southern Saskatchewan that continues to be a centre for agriculture and has started to prosper from the mining and petrochemical boom in the province.  We were there last weekend and while driving on a range road I noticed this field of weathered and worn out farming equipment on the edge of town.

The tractors were lined up in neat rows and there was a large mechanic shop on the same acreage so I’m guessing that these vehicles were the ones that could not be repaired or it was no longer worthwhile to do so.

This equipment may not be worth much on the farms they used to work on but they are great subjects for any photographer passing by.

An Abandoned Farmhouse on the Saskatchewan Prairie

There were a few people asking about the farmhouse where I made this image of an interesting room inside.  The house is on the top of a small hill several kilometres outside of Gull Lake, Saskatchewan on the Canadian Prairies.

The farmhouse I photographed is on the right.  Although both are abandoned, I was drawn to the older building.

I could have used a tilt shift lens here but I like the perspective created by shooting upwards from a low position.

I spent a lot of time looking at the textures in the weathered wooden siding, this is the single image I came away with from that study.

The broken metal objects scattered around the back of the house made for interesting subjects – quite cooperative too.

This room faces east and the glass in the window frames broke a long time ago.  With the gaping holes to the outside, this room suffered more from the prairie’s summer storms,  bitter winters and steady winds than the rest of the house.  I like the glimpse of what was once there you can see in this picture.  It showed me that the house was lived in more recently than I first thought when I walked up the hill.

Bel Air Wreck on the Prairie 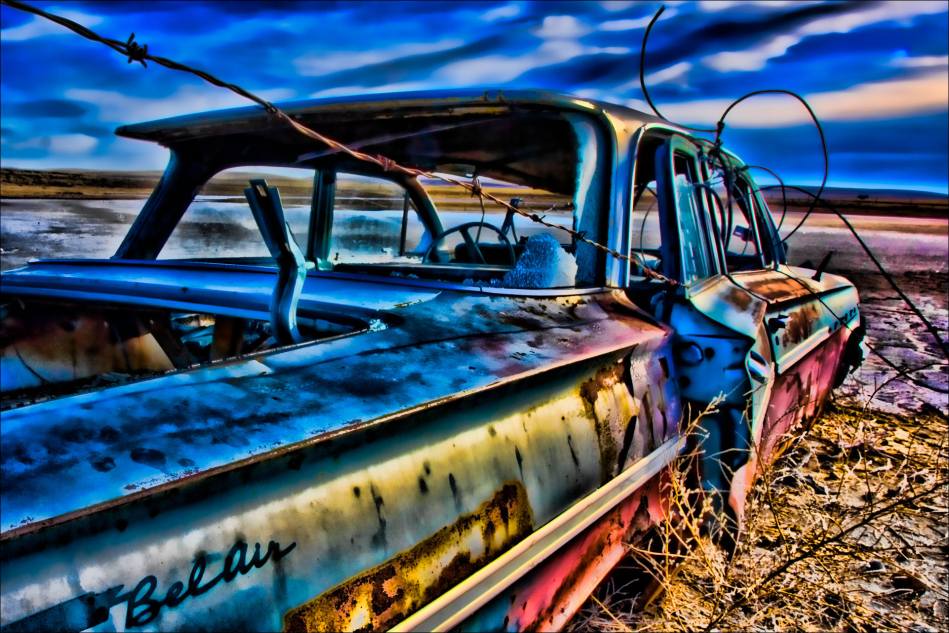 This beaten down shell is on a salt pan in the middle of a barren stretch of prairie near Gull Lake, Saskatchewan.  The country roads that connect all parts of the Canadian prairie hold many long forgotten photographic treasures like this car, farmsteads and weathered buildings.  I love finding these great locations and try to re-visit them whenever I can.  I have visited this car and a neighboring broken down farm several times over the past five years.

With a little down time so far this holiday, I have been working with some different software to test them out.  Here, I’m using Topaz Adjust 4 to process the photos for a saturated, over the top look.  The software integrates seamlessly into Adobe’s Lightroom (my main developing and cataloging software) and is reasonably priced at $50.  I am usually less garish in my post processing but it is nice to try some different looks.

In these images I have started with the Topaz Spicify preset as a starting point, then adjusted some of the levels to my taste within each picture and then re-imported into Lightroom to adjust some of the color channels and the edge smoothness.

Autumn on the Saskatchewan Prairie

Fall came later to the Prairies of eastern Alberta and Saskatchewan than it did around Bragg Creek.  We drove out through Medicine Hat and on to Gull Lake a couple of weekends ago to visit my wife’s grandparents.  It was nice to fit in a bit more fall photography along the way.

Small hills break up the prairie fields near the Saskatchewan – Alberta border. 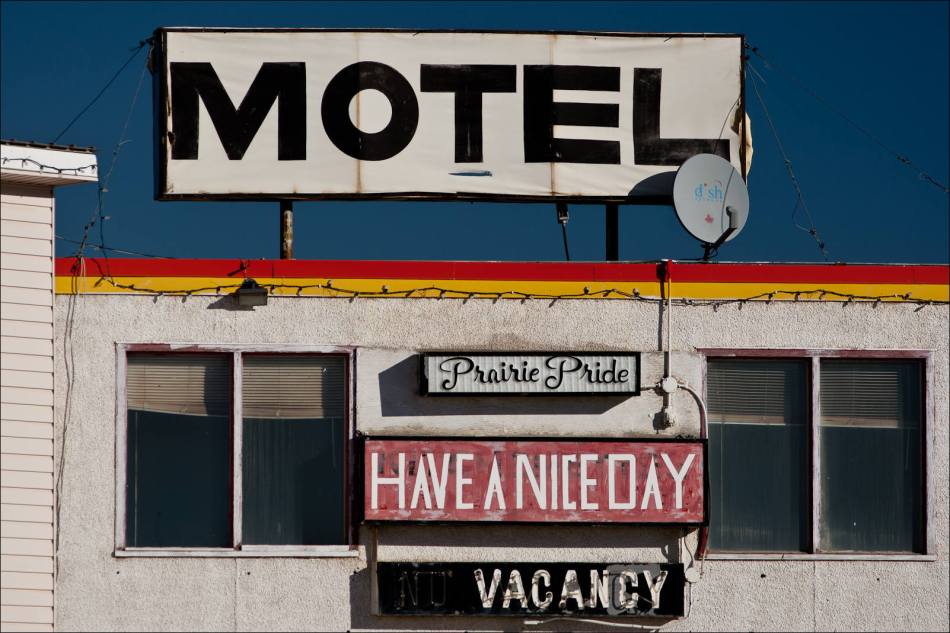 Motel sign at a truck stop along Highway 1, the Trans Canadian Highway, at the Highway 21 intersection in Saskatchewan near Maple Creek.

The prairie landscape blurs by from my view in the passenger’s seat near Gull Lake. 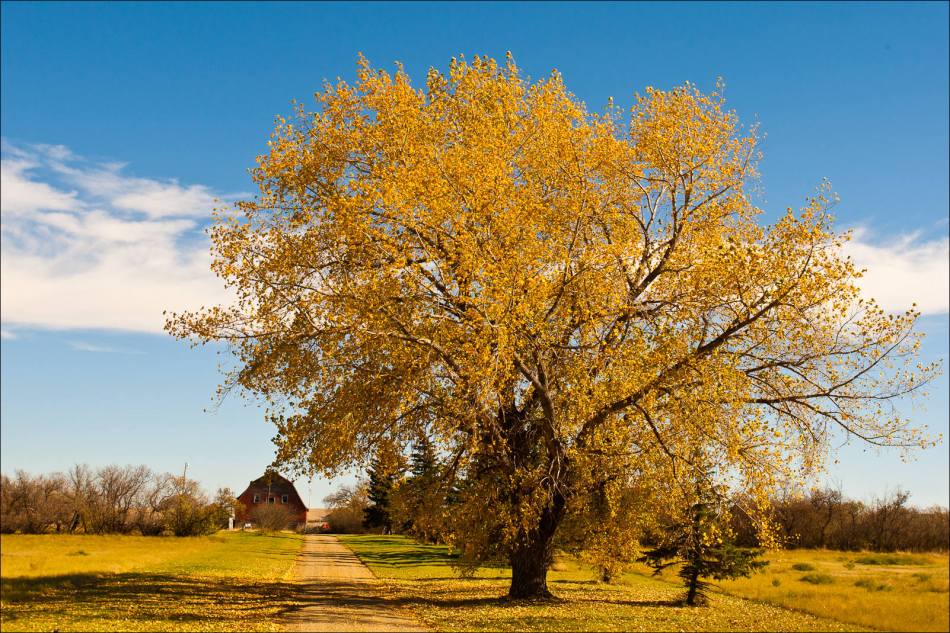