This image of a summer sunrise at Upper Kananaskis Lake in the Peter Lougheed Provincial Park has been selected as one of National Geographic’s Daily Dozen for October 5th.

The yellow border is a siren call for many photographers – and certainly is for me.  I have had several images published on National Geographic’s websites but the novelty never wears off so it’s a great start to the day!

There is voting on each day’s twelve images that are selected by one of the National Geographic editors.  The image which receives the highest number of votes has the potential to be published in the National Geographic magazine.  If you do check out the today’s Daily Dozen, have a look at the images and vote for the one that you like best.  I really love Nguyen Tat Thang’s photograph of mist and fog over the city of Dalat in Vietnam.

I just received the latest issue of the National Geographic Traveler magazine and was excited to see one of my photographs and a short essay on the back page. 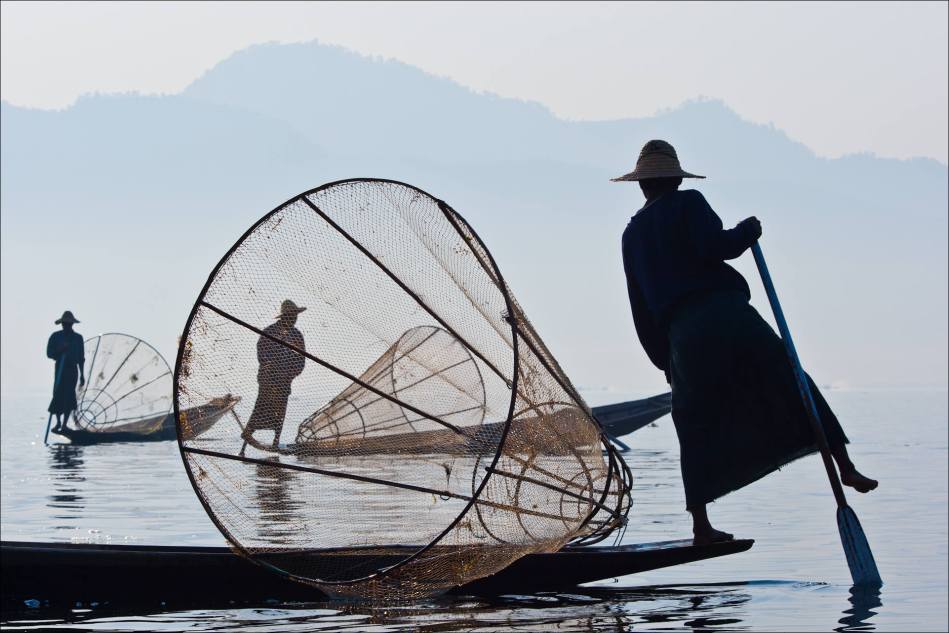 Short story behind the publication: Kathie Gartrell, Managing Editor – Interactive, at Traveler had contacted me in October asking me to send in a caption to accompany an image that I had submitted to the My Shot section of the National Geographic website.  She said that they were considering it as a photo of the week on the Traveler website.  I was very excited and I submitted a brief essay right away.  Then at the end of October, I received an email from Ben Fitch, a Photo Intern at Traveler.  He told me that they had just finished the layout for the January/February issue and they needed a higher resolution of the image.  The photo did run as a photo of the week in November.  And has been printed in the current issue of Traveler.  Not sure how it went from a possible photo of the week to a full page image and text in the magazine but I’m certainly very happy.  Although I haven’t met Kathie or Ben, I would like to thank them for the help they had in publishing this image.

Here is a scan of the page from the magazine with the picture. 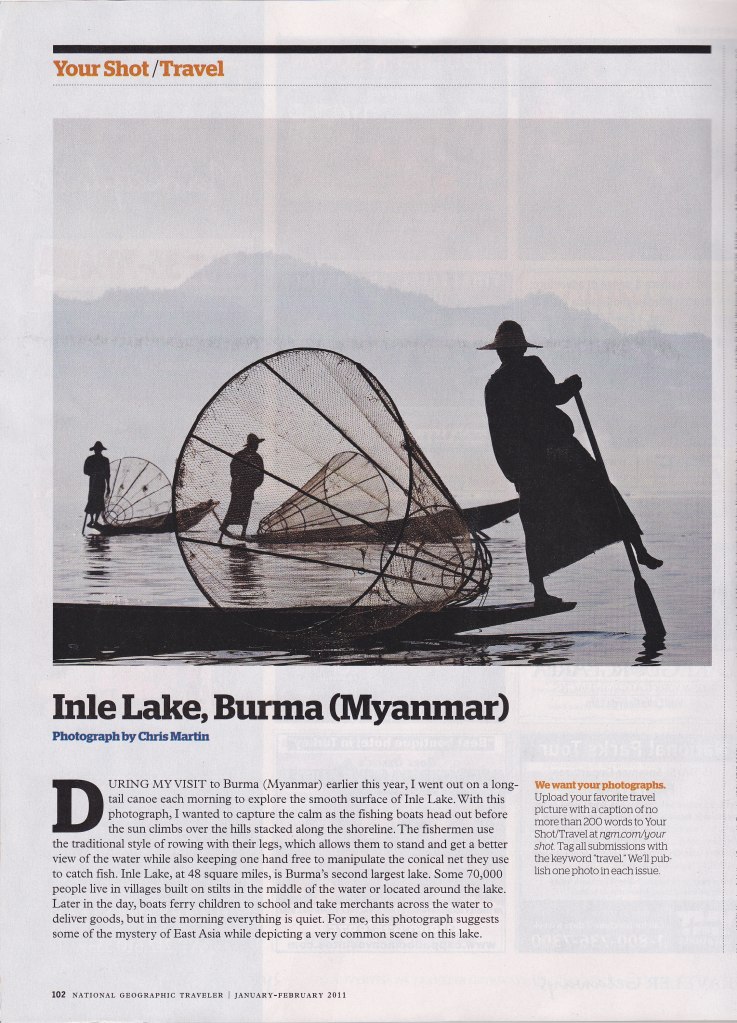 Now I’ve set my sights on being sent by National Geographic to photograph a story somewhere in this wonderful, crazy world.

One of my photographs of the fishermen of Inle Lake in Myanmar has been selected as the travel photo of the week on the National Geographic website.  Here is the link.

That’s pretty cool – now if I could just angle for an assignment from the yellow border.