Berries and a black bear

Returning from a sunrise shoot atop the rock pile that gives Moraine Lake its name, I found a beautiful black bear grazing on berries.  The patch was close to the road connecting Moraine Lake with the Lake Louise area which meant a bear jam started to build right away.  I didn’t stay for long, just grabbed a couple of shots out the window from the other side of the road.  Great to see the berries coming in, they are a critical source of calories for the bears in the Banff National Park. 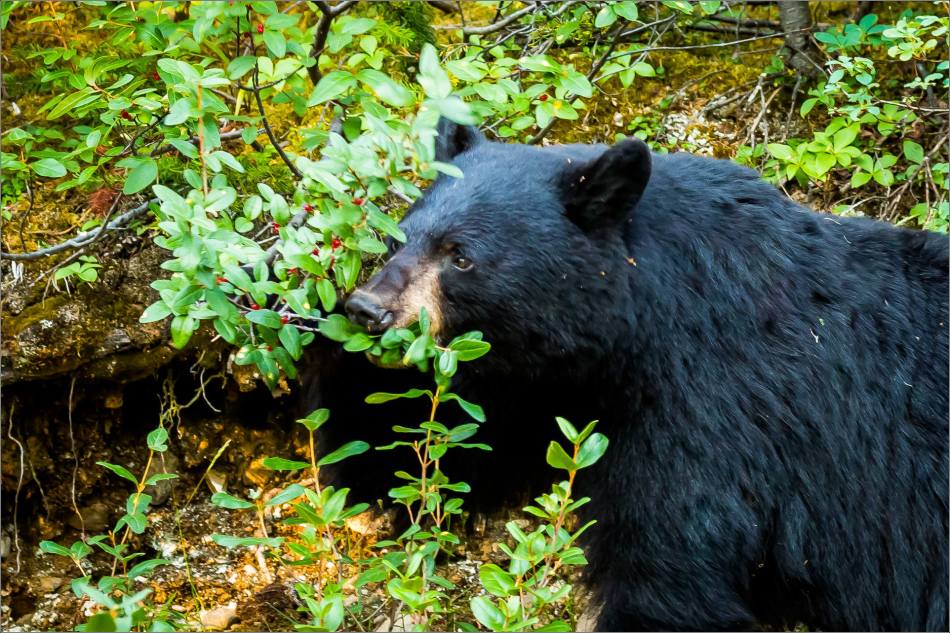 The bear’s dancing in the UK!

The backscratching bear dance series has been picked up by a couple of publications on the far side of the Atlantic due to a partnership with UK-based HotSpot Media.  There has been a photo of the day in the Telegraph and two really funny stories so far, you can check them out if you are interested.  It is fun for this image to have a little life of its own! 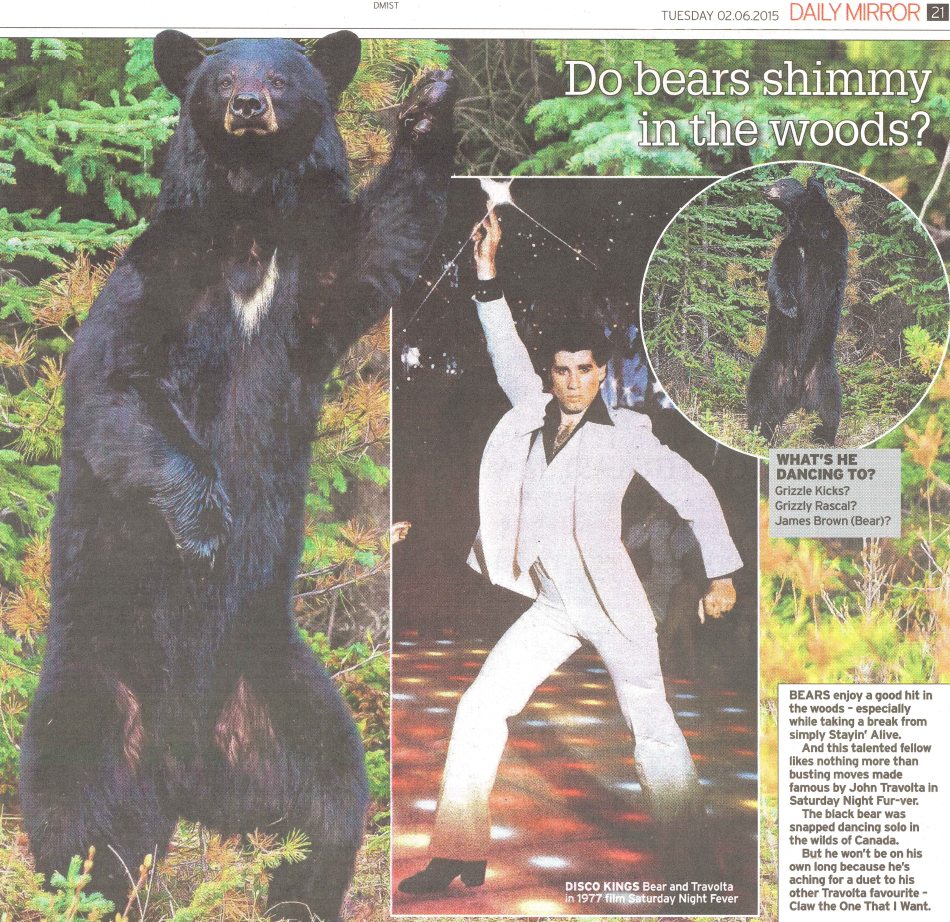 I visited Jasper National Park for a couple of days over the Victoria Day long weekend.  The park has a different feel (both are great – just different) from Banff and I always look forward to spending time there.   I plan to share a few stories of time I spent with some of the magnificent wildlife there but will start with a really fun moment.

This black bear was grazing in the ground cover of a stretch of open forest when I found him.  I watched him scratch, sniff and chew on shrubs, flowers and roots for several minutes and then he sauntered over to this small tree. 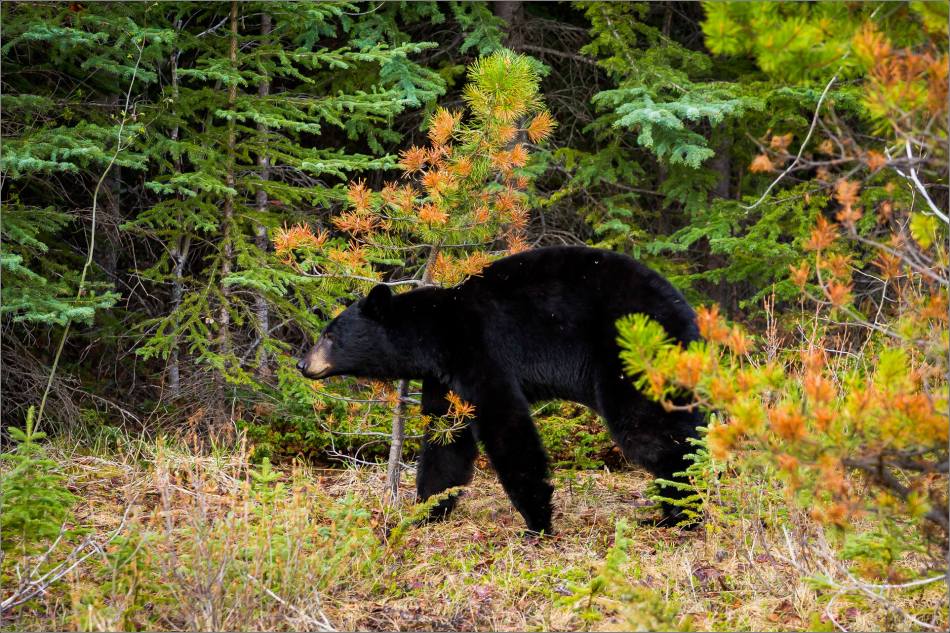 Rearing up on his hind legs, he seemed really happy to rub his back up and down against the spiky needles.  I’m not sure how much scratching he felt with his thick coat so maybe it was more for the scent or to shake off some insects.  No matter the reason, it was cool to see a bear dancing for his own reasons. 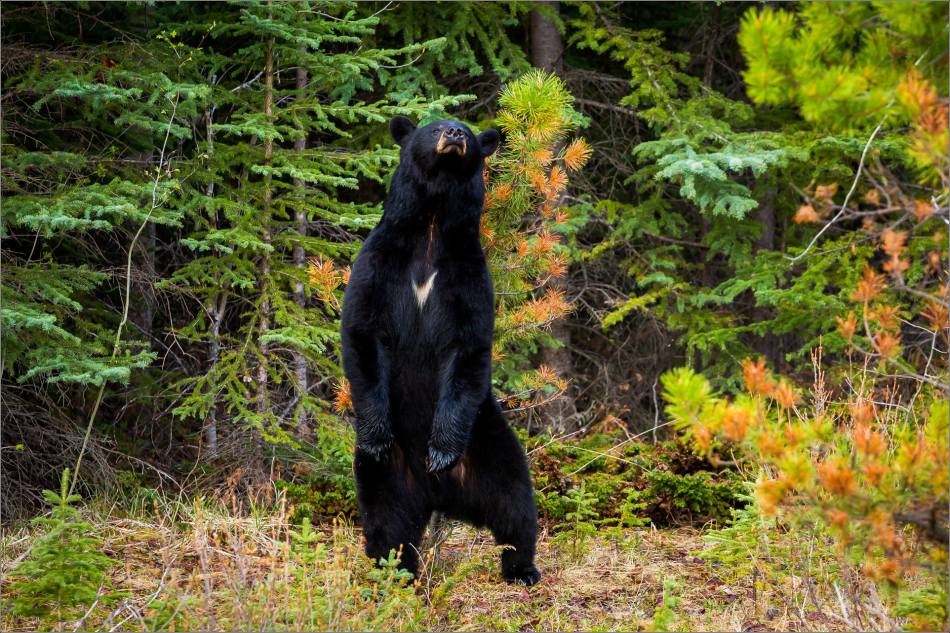