My children, one of their good friends and I went to a hill along Highway 66 west of Bragg Creek in Kananaskis last week.  It was at the front end of the latest warm spell in southern Alberta so it was great to be outside and there was still a lot of snow. In between runs we all made together, the kids made a few runs where I photographed them flying down, catching air and spraying snow with little regard for its well-being.  A fantastic afternoon with my two very favorite people in the world. 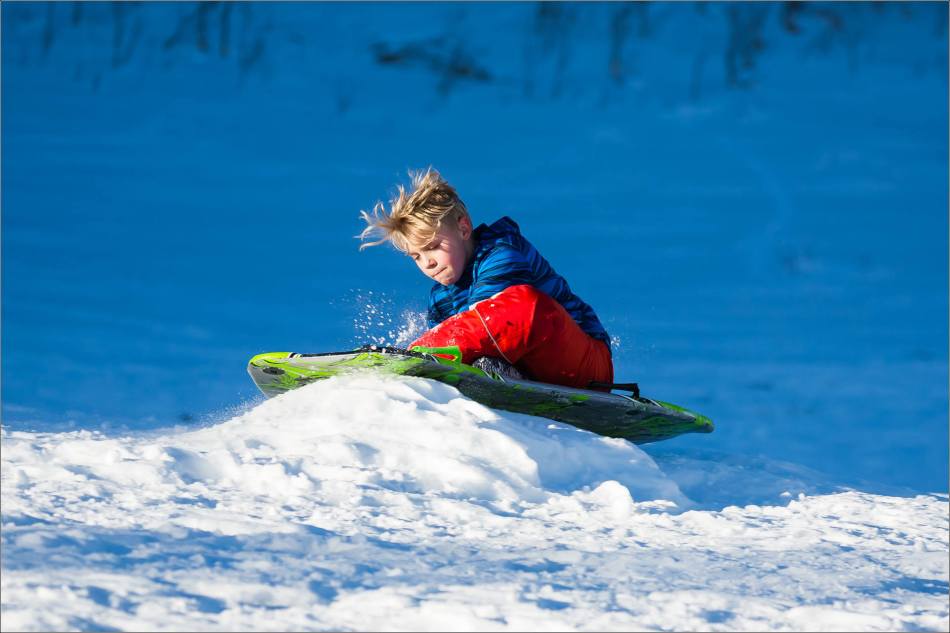 Kian went full punk off of one jump.  Later Kezia plowed through it! 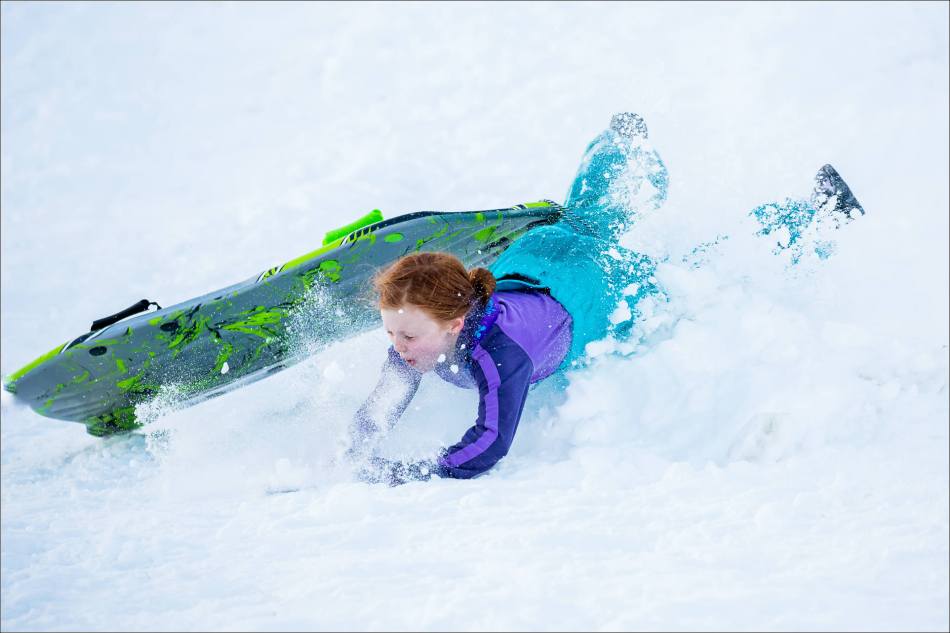 With the Christmas holiday in full swing around our house now, the kids and I went out night sledding on the 23rd.  The snow had started falling early that morning and kept going all day.  We went out earlier but had the most fun in the evening.

Kian had the idea to take some photos and I was onboard.  A drag of the shutter (1/10th – 1/6th of a second) with a flash of 1/200th of a second to create some motion blur while freezing the kids in action.

I played around as they sped down the great little hill just off our back yard.  They eagerly collaborated with the images – looking at the screen after each run to see what worked and what didn’t. 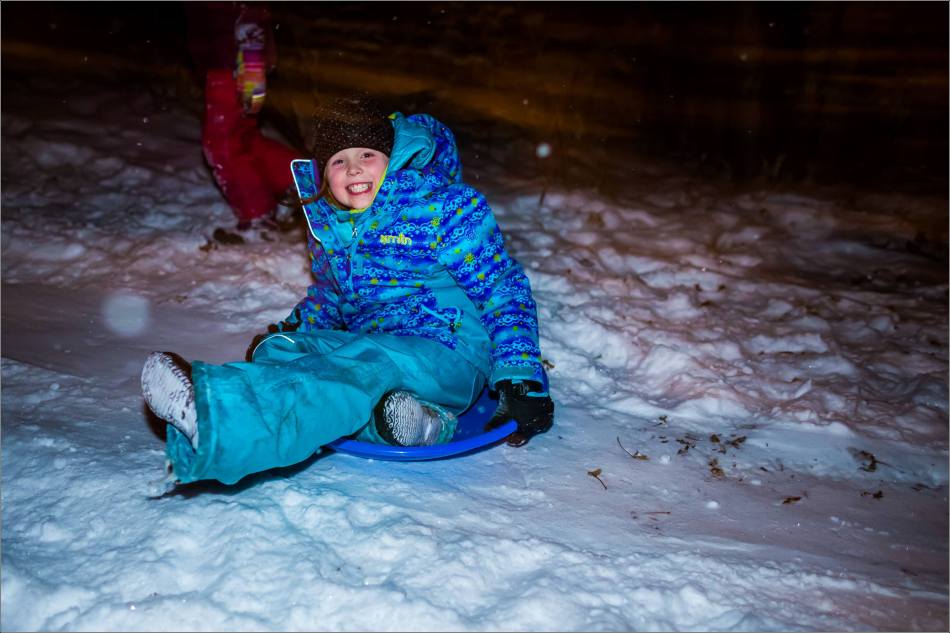 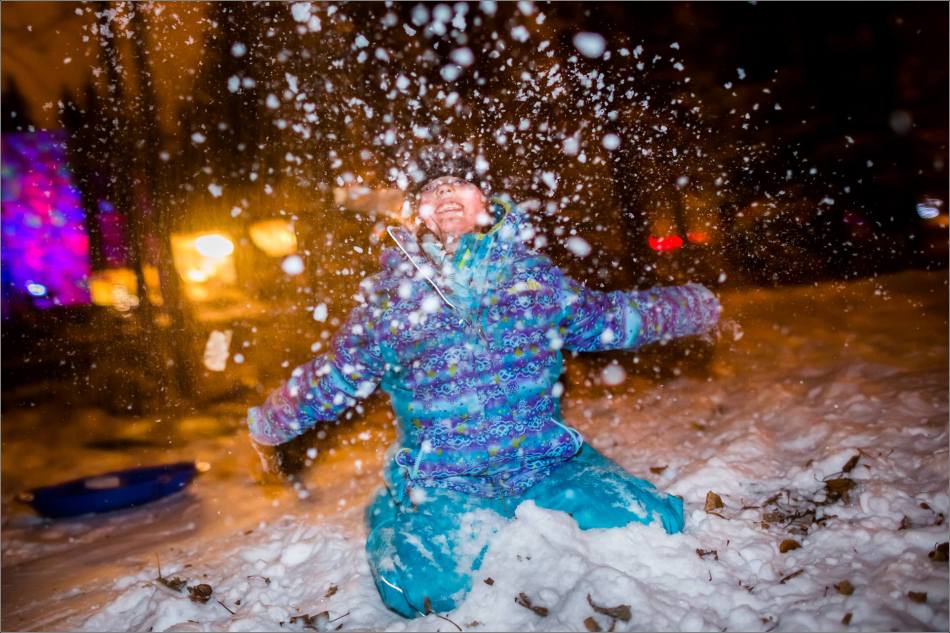 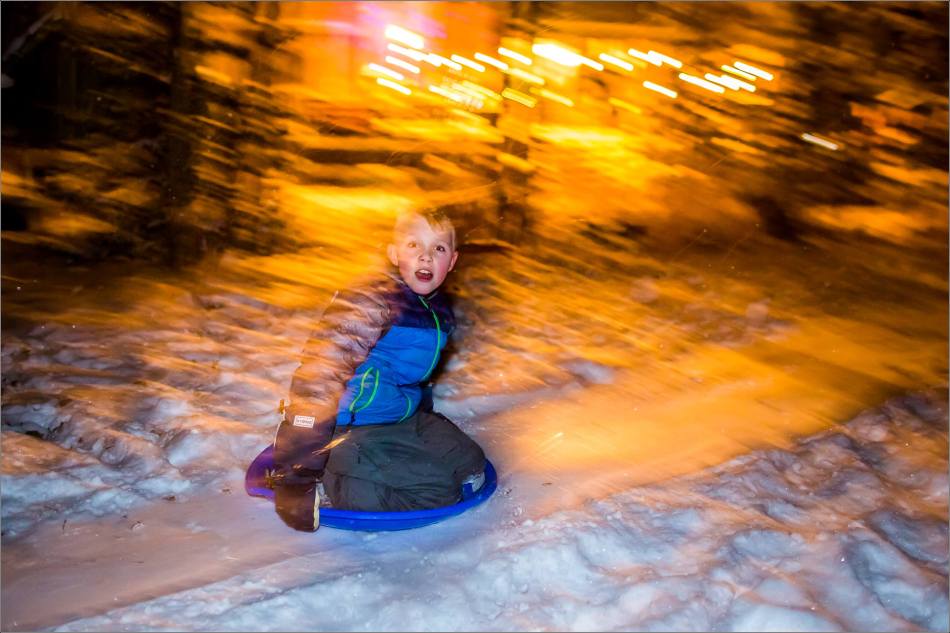 When it snowed, we went sledding

When they returned from school in the middle of our strangely early snowstorm, my son and one of his friends headed straight to the shed and grabbed their sledding gear.  There was no disappointment with a suspension of late summer, they were ready to toboggan.  I was happy to join them and we had a great time playing around.

The bent and broken trees, power outages, traffic accidents and many other challenges that this storm has unleashed on Southern Alberta has been hard to believe.  I’m glad that we were able to find enjoyment in the snow but our thoughts are with those not near so fortunate.