There is a book project that I’ve been invited to contribute some images for which saw me working through images from the Khutzeymateen and her wonderful grizzly bears this weekend.  Towards the end of the 2014 set, I found this one of a pigeon that had landed outside of the day room I rented between docking in Prince Rupert and flying out later that afternoon.  I had long forgotten about this image but I was struck by the beauty of this bird on today’s perusal.  Pigeon’s can be somewhat funny looking but I find this one to be rather charismatic.  The iridescence in the neck feathers grabs my attention first, but the pattern in the wing feathers holds it.

A pigeon on the prairie 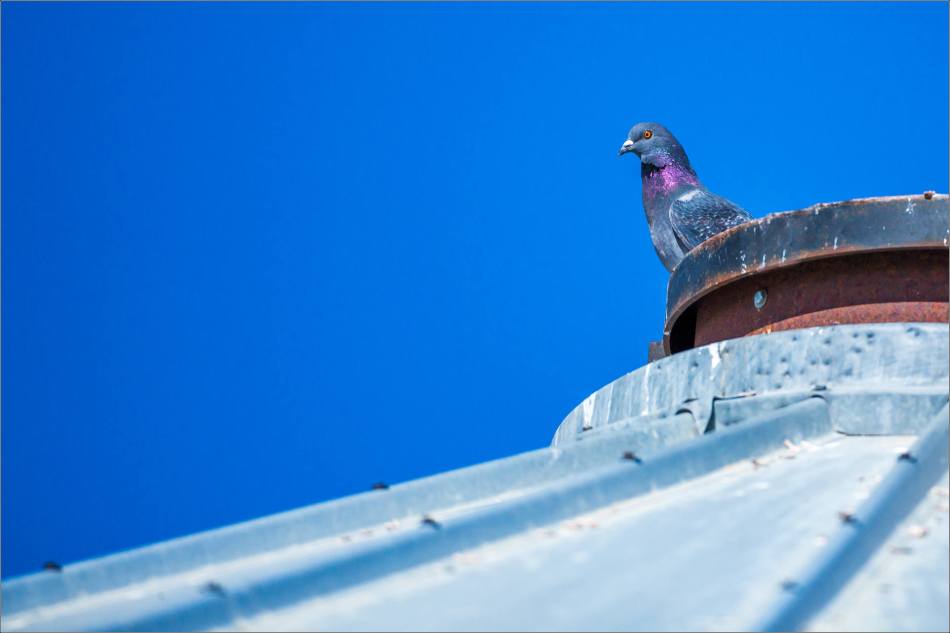 I spent an afternoon on the prairie east of High River, birds are stocking up in the fields as they head north.  Swans, Pintails, Geese and a number of Bald Eagles were active in the sky.  At one grain bin where I saw a Kestrel streaking by, this pigeon proved less elusive.  Curiosity drew it out for a couple of quick looks.  In the direct sunlight I liked the iridescent purple on the throat. 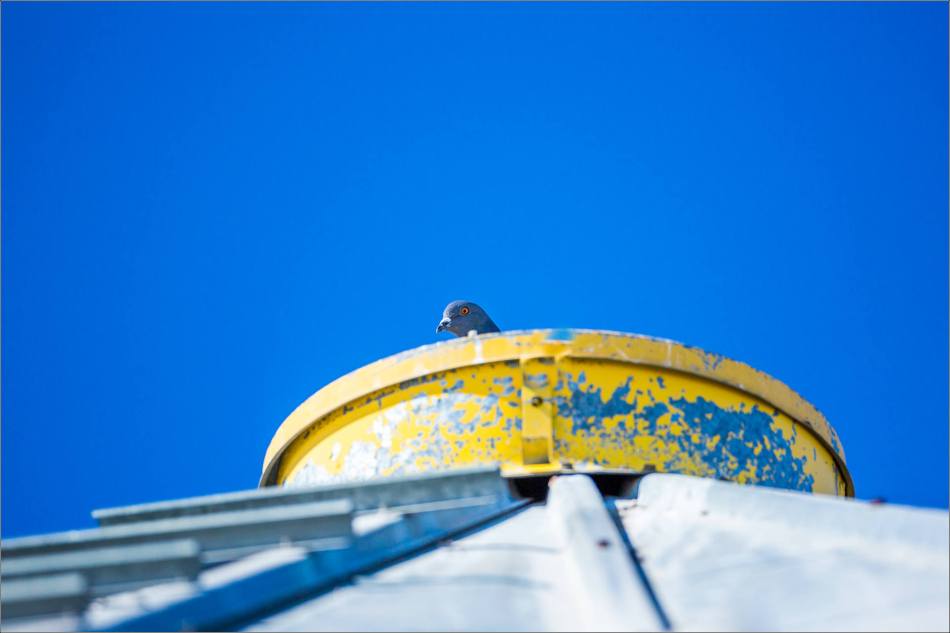