Aurora and the McDougall Church 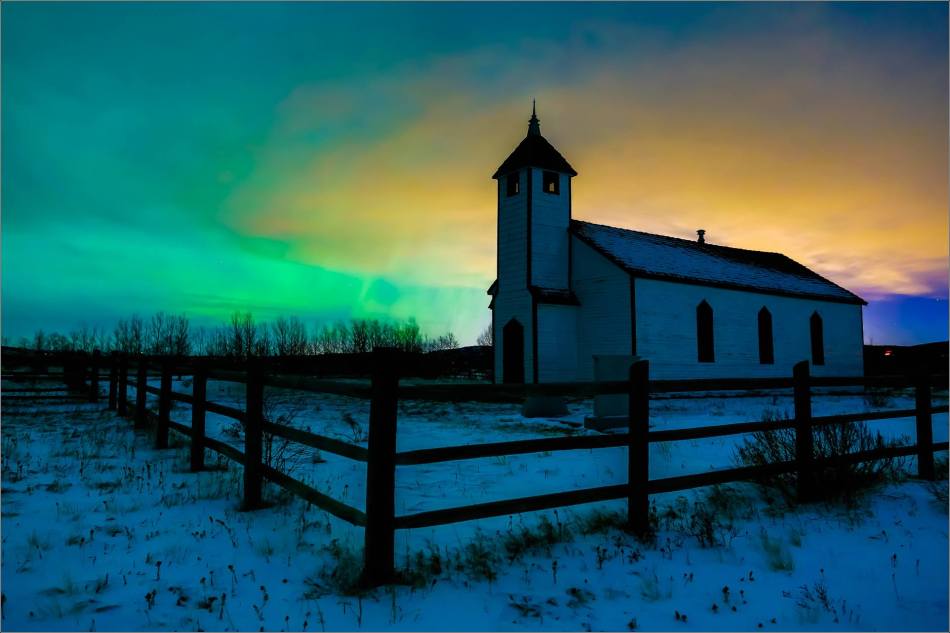 The Aurora Borealis was just starting to visibly glow when I arrived at the McDougall Memorial United Church near Morley, Alberta.  Cochrane’s city lights reflected off the large cloud behind the church which brought the peach hues into the scene.  It is a tranquil scene to look at while I recall the heavy wind and biting cold that came along with it.  Still, I was happy to be out and it was a beautiful start to a great night watching the Northern Lights.

The McDougall United Church is just east of Morley, Alberta.  It sits on a bluff above the Bow River about midway between Canmore and Calgary.

The church was built in 1875 by Reverend George McDougall who was a missionary bringing Christianity to the people of the Bow River valley.

This church draws the eye if you drive the Bow Valley Trail (Highway 1A) between Cochrane and Canmore.  It has been restored and the fence is far from original but it is a beautiful spot.  The building stands out against the rolling prairie and has a lonely yet resolute feel.

I have shot at this location many times and when I was last there, in early evening, I shot this image with a black and white print in mind which would allow the separate elements to each stand out.  I used an approach that Ansel Adams pioneered of exposing the blue sky as a deep black.  The result is a graphic depiction of the building within the detailed prairie grass and fence posts.