Snowy flight over the Prairie 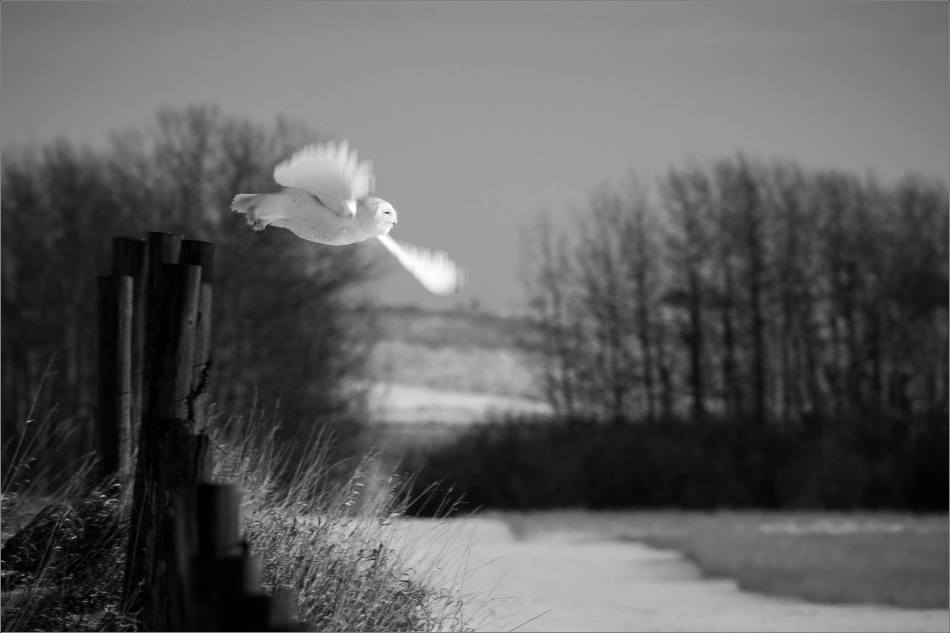 I found this snowy owl perched along a forgotten fence line north of Lyalta (which is east of Calgary).  After a trek across the field to get to about 60 meters away, I leaned against a post and waited.  I set my exposure so that I would have a slower shutter speed at the start.  I wanted to show some motion in the wings and estimated that 1/200th of a second would allow for that.  Fifteen minutes later something drew his attention and he launched perpendicular to me and the fence. 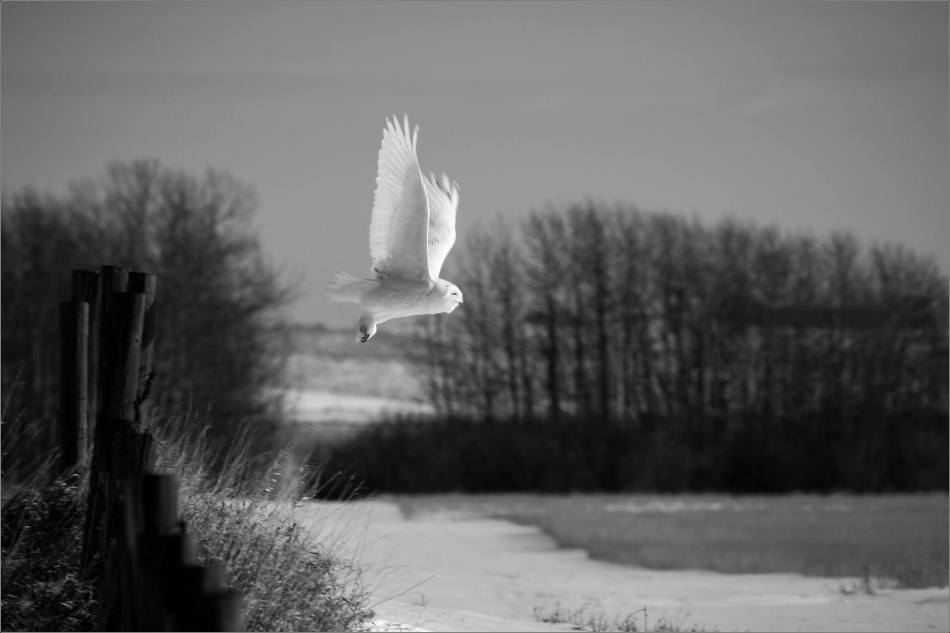 I had two nice images of him flying towards the sun before he was past me.  The first had a soft blur in the wings as they were near level.  The other caught the wings at their full extension upwards.  Both images kept the head sharp so luck played to my hand when I was panning with the bird.  The shutter speed worked out well.  I continue to try slower speeds but have yet to nail one of those with a sharp face.  I will share those when I do.

Along 9th Avenue in downtown Calgary, Gulf Canada Square’s dark panes of glass often provide a large mirror that abstracts the traffic heading east on the one way road.

I watched traffic for a while, looking down from the 12th floor of Banker’s Hall, until this taxicab drove by distinctive and separated from the other vehicles in that moment.  The slight curvatures of the glass did the real work to create this warp of a simple scene.