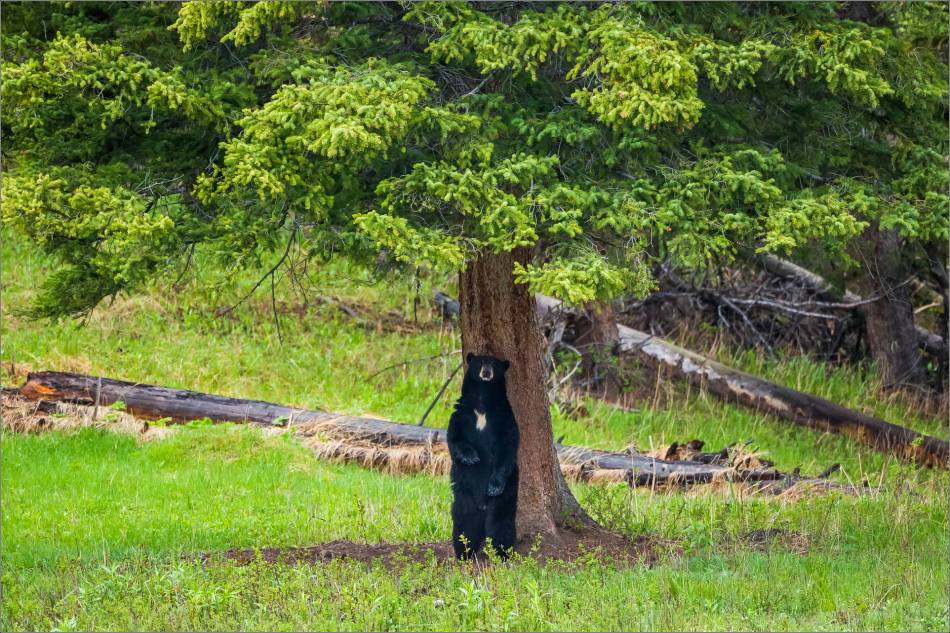 Update: Following friendly inquiries by Morgan and John, I had a closer look at my photos of this bear and agree this is a female and not a male.  I always appreciate comments, corrections and questions – thank you both!  I have corrected the text below to refer to her rather than him (anthropomorphic license to some but one I consistently prefer to take).

I made my first foray into Yellowstone National Park last May and enjoyed exploring new terrain – of which there is much and varied.  The wildlife was abundant and I was lucky to have several encounters with bears that were fantastic.  One of these was with this Black bear in the Tower-Roosevelt area.  She had emerged into this clearing from a sheer cliff that leads down to the Yellowstone River (I would have loved to watch her scramble up the bank!)  She shook herself out as she walked across wet morning grass and stopped under this tree.  From the worn out ground under the tree, I think she and other bears frequent this spot often.  The bear raised up on her hind legs and proceeded to enjoy a back scratching session for a couple of minutes. 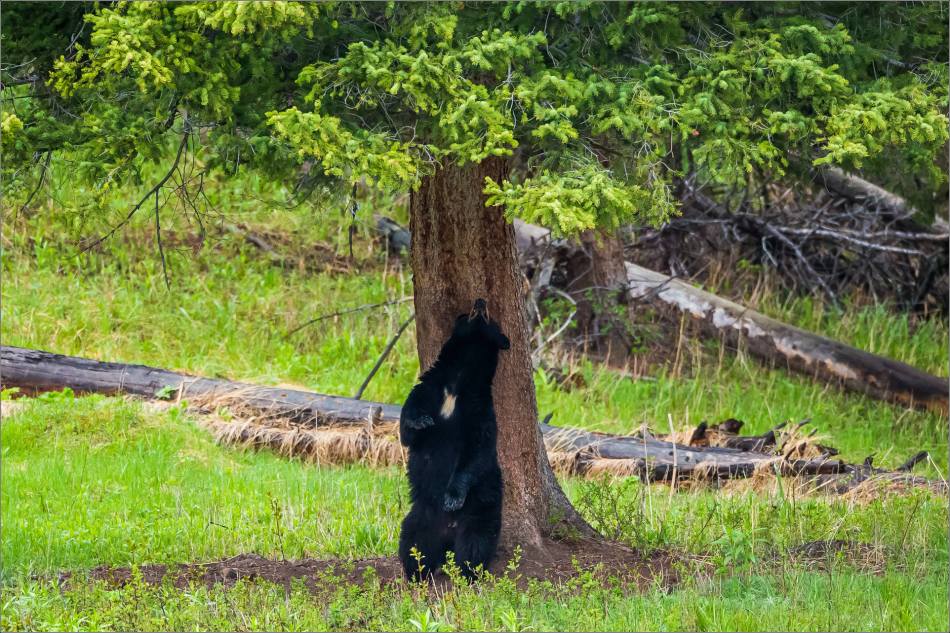 With that important morning exercise completed, she shuffled through the grass munching on wildflowers before scrambling over a haphazard collection of fallen tree trunks.  The bear’s small vale was just below a river viewpoint pullout so she had drawn a large crowd by this point.  I enjoyed the quieter time earlier and left while she was still grazing amongst the deadfall. 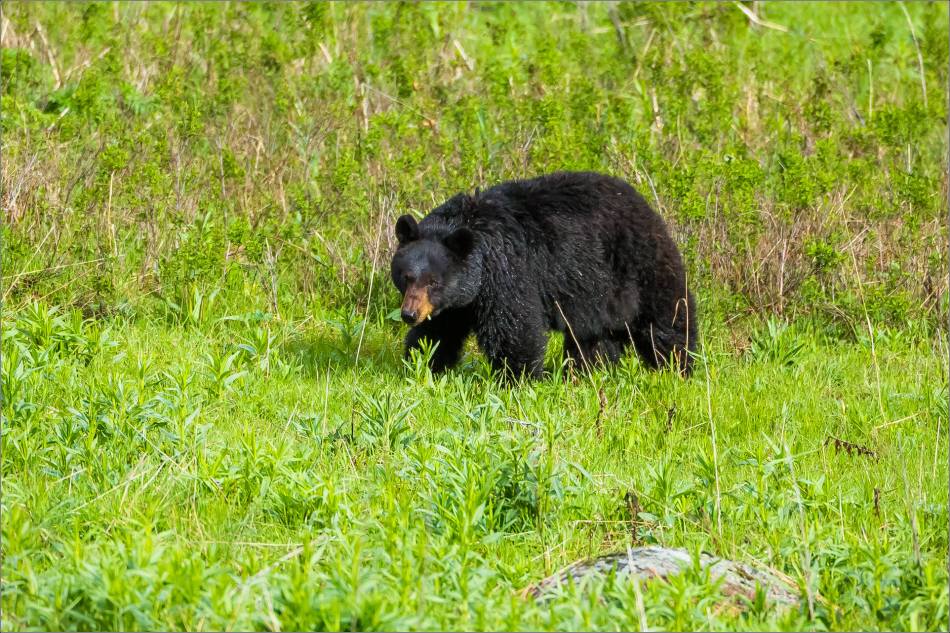 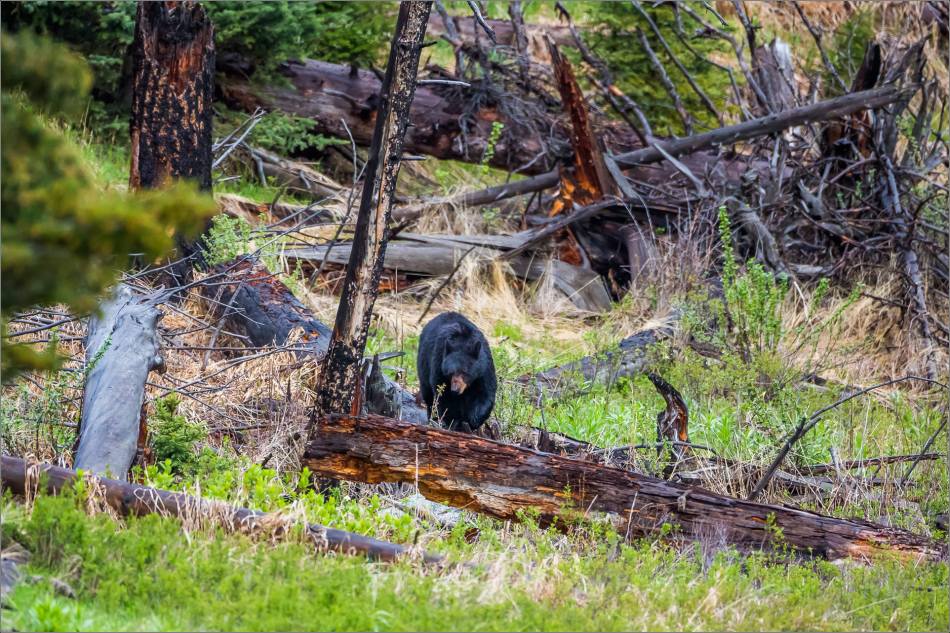 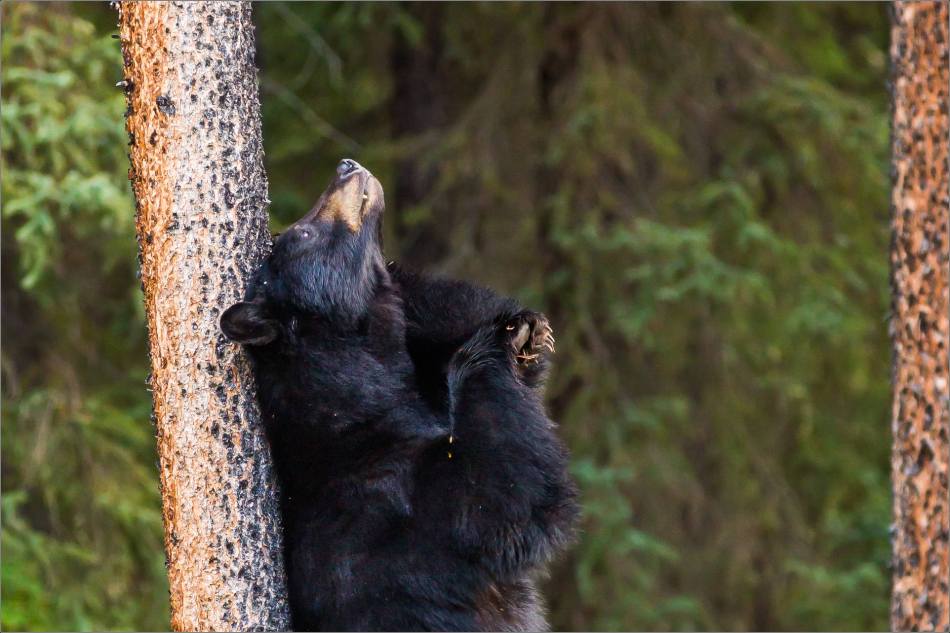 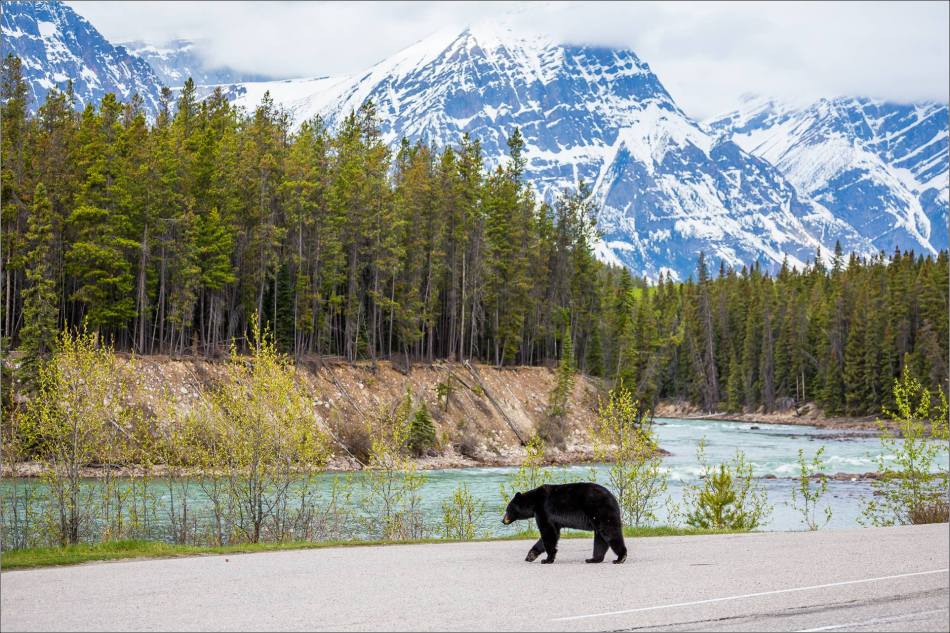 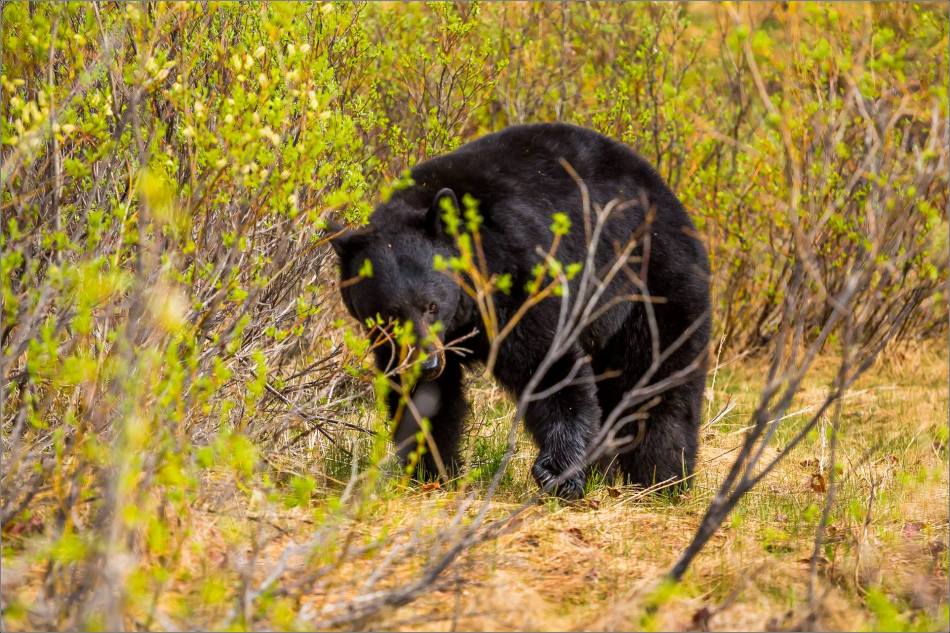 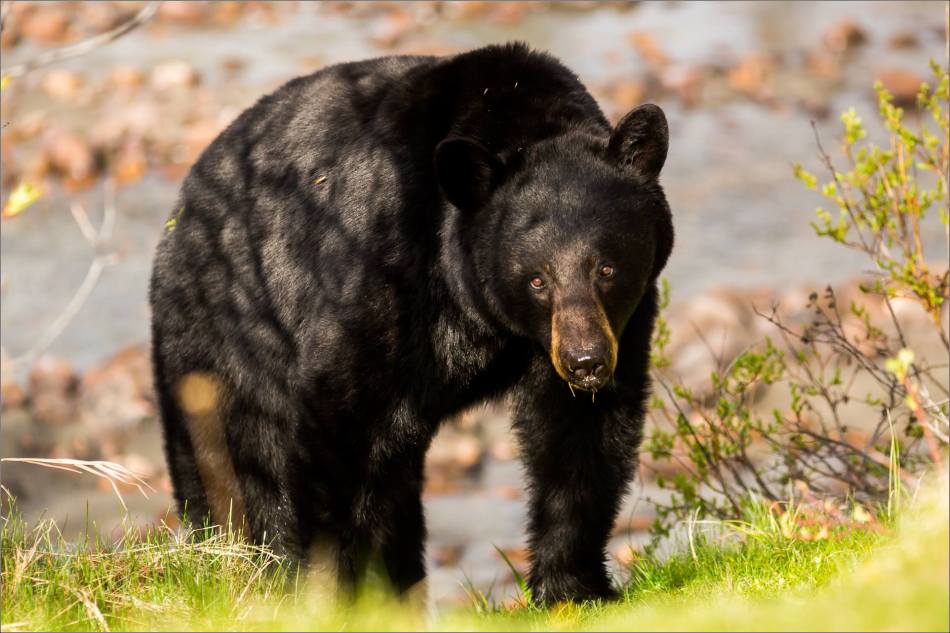 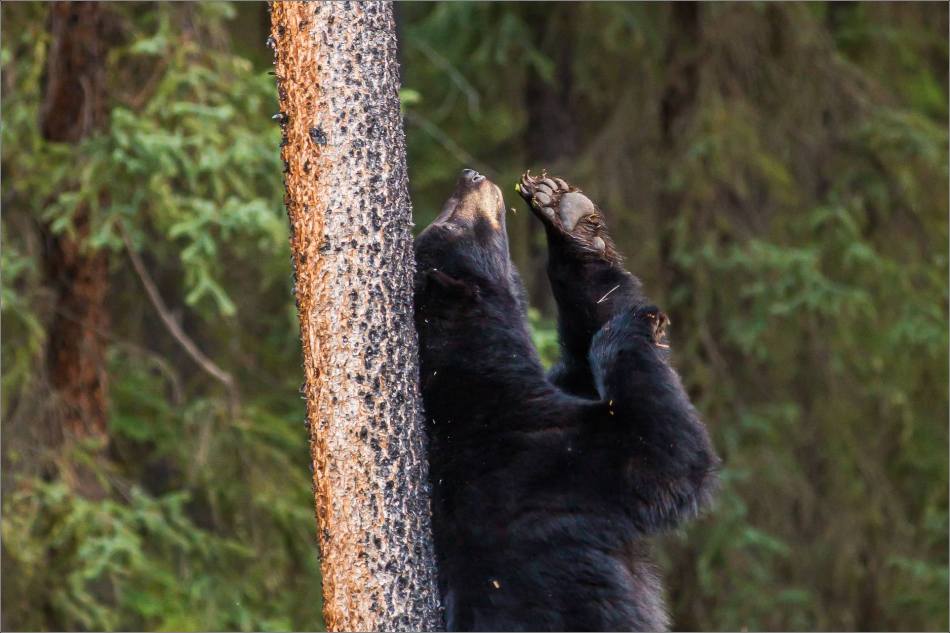 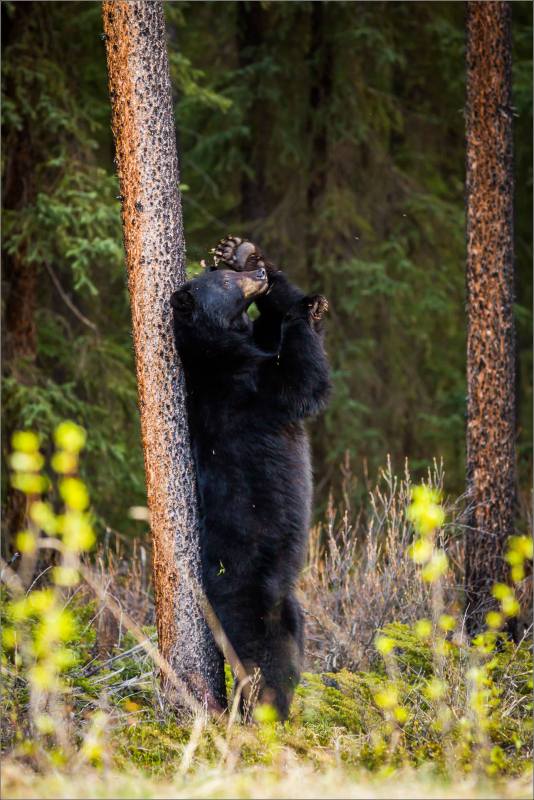 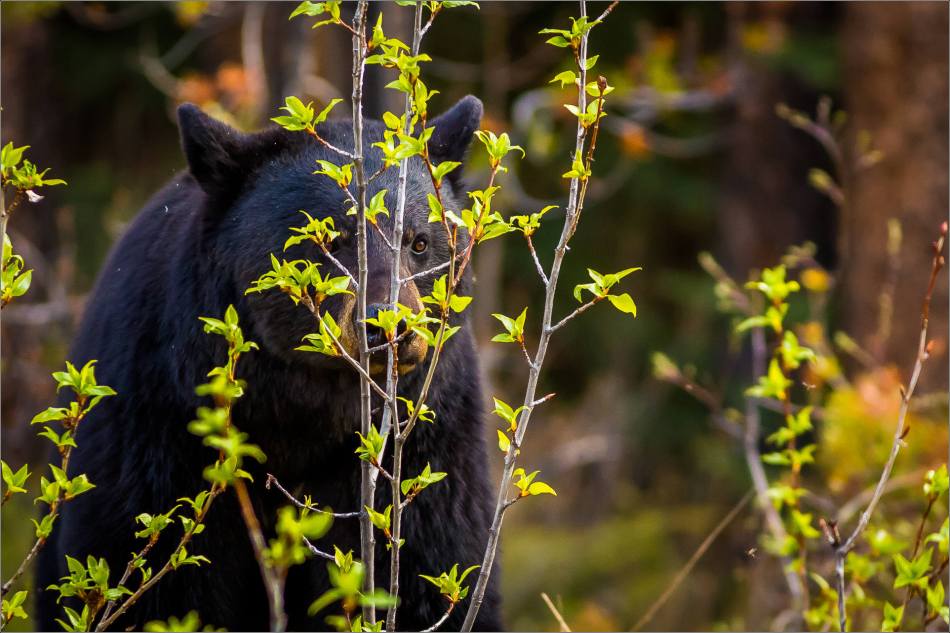 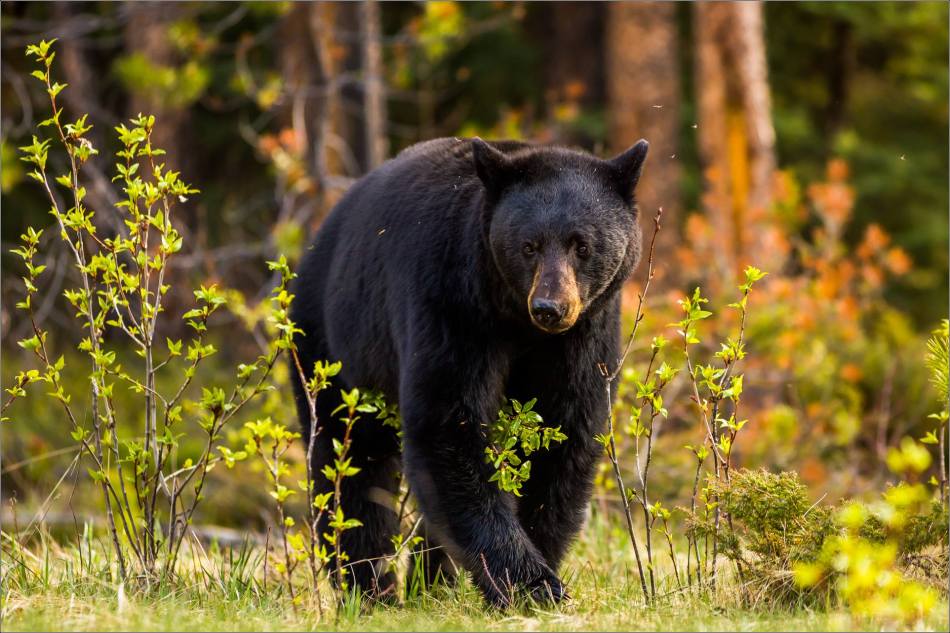