Just before the holidays, and the cold snap that came along at the same time, my daughter and I played in the snow the day after a blizzard had blown through.

Kezia was brushing branches to watch the snow fall.  She called them snowbursts and with the bright sunshine lighting them, it felt like a bit of magic.

We had a lot of fun playing and taking pictures, as you can probably tell.  And so did our hound Lacey who chased snowballs and dove her head into the snow constantly!

We had been snow-free up to that point in December (the 20th) so the excitement to be returned to a proper winter wonderland was palpable.  I love hanging out with this sweet girl and this was a great day doing just that.

Canada Day is always a great event in the Redwood Meadows community.  Due to enthusiasm, organization and efforts of the small army of volunteers a super fun day is created.  From the bike parade led by the Redwood Meadows Fire Department, the entertainment on the outdoor stage, the adults tea party in the shade and all of the great children’s activities (face painting, bouncy castles, slip and slide and more) to the fireworks at the end of the day – they were all fantastic. 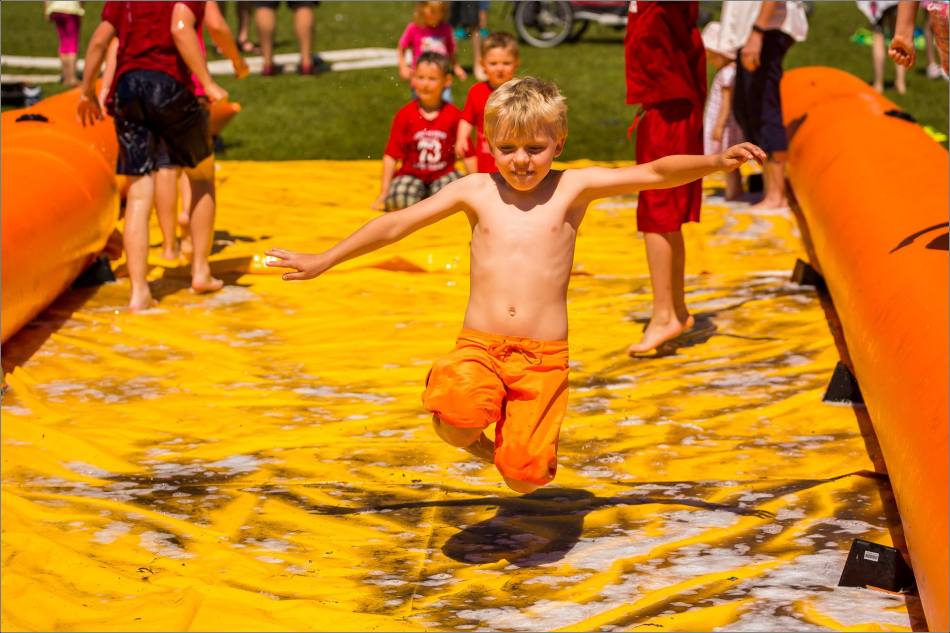 Our children had a great time down on the grounds and I wasn’t far behind.  The weather cooperated, after a nasty hailstorm the night before, so I have a bit of a sunburn to show for my time listening to music and watching the kids play. 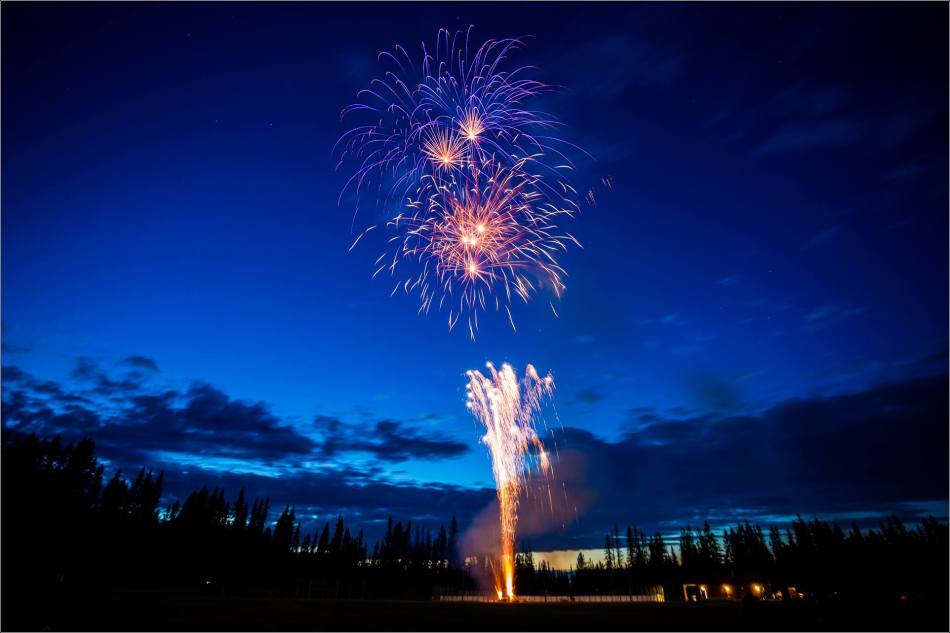 The fireworks are always good and I think they were really great this year.  They started at 11pm under a still fairly bright sky.  We sat facing northwest so I enjoyed having that element to frame the explosions against.  A great day and we were all worn out at the end.  Thank you to everyone who made this happen!  Happy Canada Day!

The Canada Day fireworks at Redwood Meadows were great.  This was the first year our children were able to stay awake late enough to see them.  Their big smiles and excited commentary continued throughout the performance.  The fireworks marked the end of the Canada Day celebrations – let me back up and share a little bit of the fun we all had throughout the day.

We all joined in bike parade led by the firefighter trucks and rescue vehicles that always starts Canada Day in Redwood.  Kian and Kezia both had a lot of fun making the loop of the town with all of their friends.  It was good that the parade started at 10 am – it was warm then and by noon it was hot and sunny. 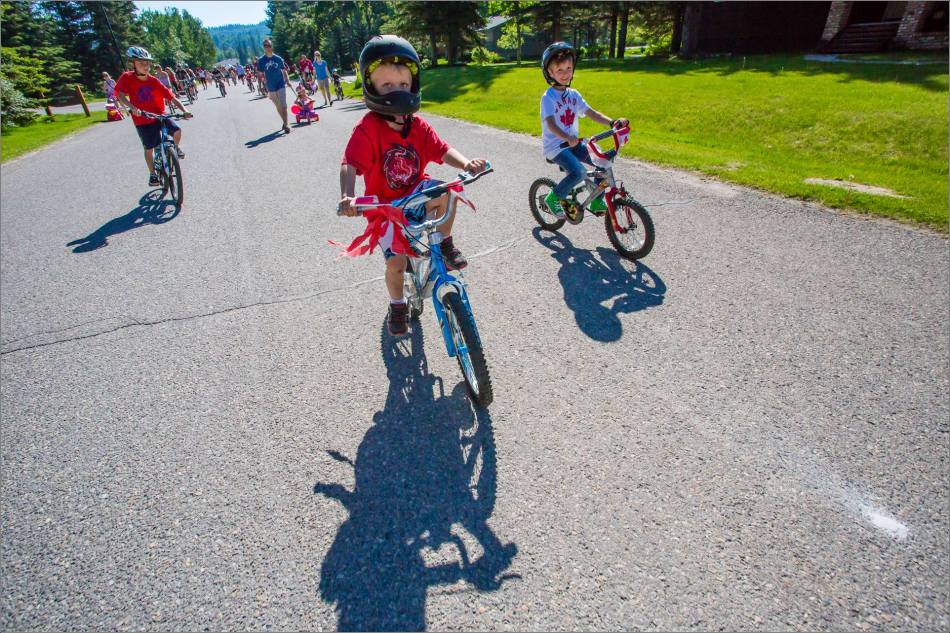 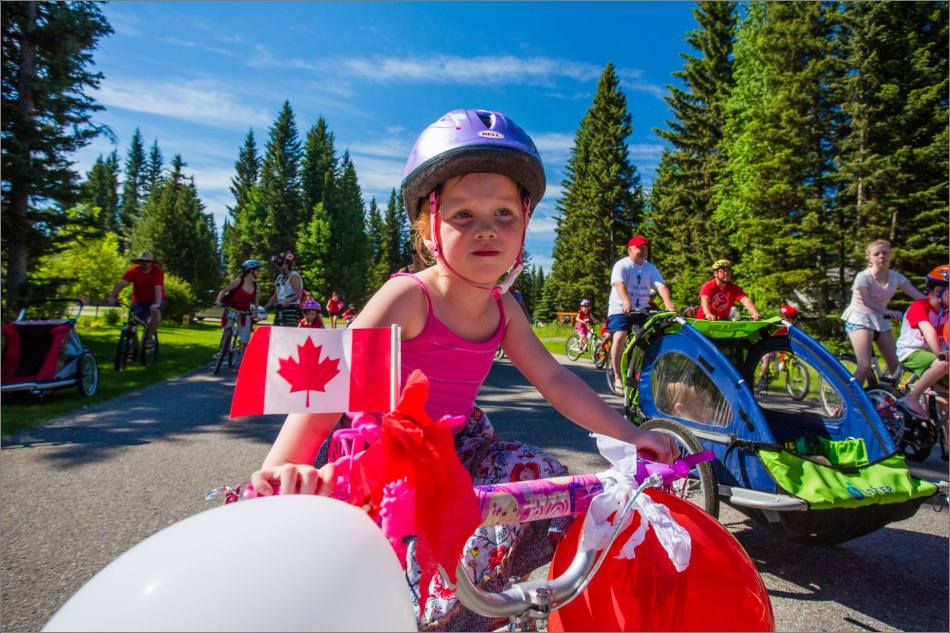 Following the parade, the stage in the middle of the sports field was the centre of attention for the opening ceremony which led into live performances that continued for the afternoon.  Dancers from the Tsuu T’ina Nation opened the performances on the stage.  It is always an honour to watch them and with Hal Eagletail narrating everyone was made welcome and enjoyed their dancing.

Hal narrated, joked, drummed and sang – he set a great tone for the rest of the live music, magicians (both were great although Kian gave his vote to the gentleman who used swords!) and speakers. 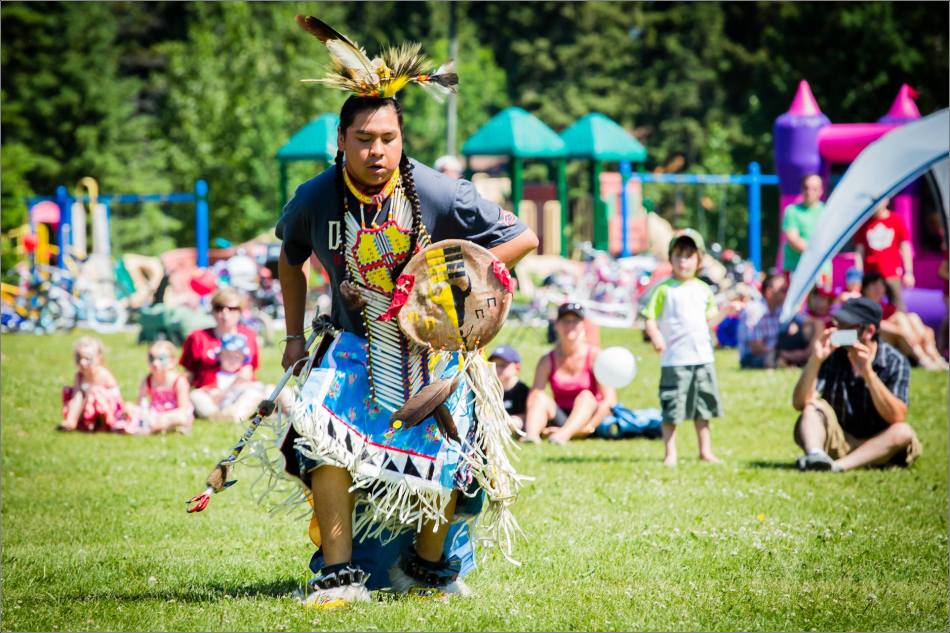 Around the stage, the community association had set up a bunch of activities for the kids including face painting, street drawing, games and bouncy castles.  For adults, including weary or wilted parents, a beer garden was open. 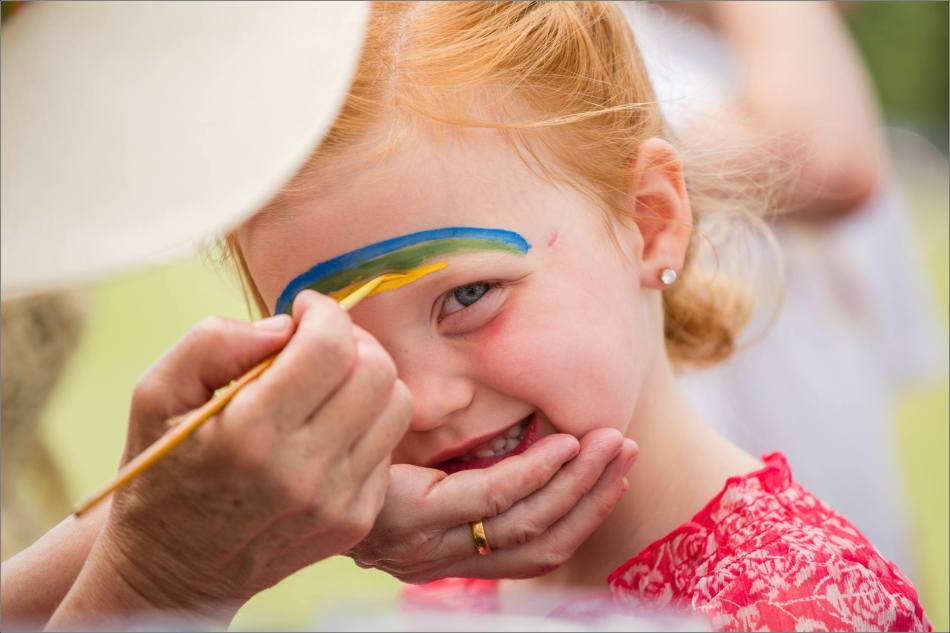 Kezia decided on a rainbow connecting a heart with a happy face.

There were two themed cakes as well as cupcakes.  Kezia was quite happy to show her support…

The heat built up by mid-afternoon and even the kids looked to be feeling a little worn down.  That all changed when the firefighters spread out a large sheet of plastic and hooked up one of their hoses to the fire truck.  The water was turned on, the kids lined up and then chaos was unleashed (very fun chaos).

Bart Frasca is a firefighter and resident in Redwood Meadows.  He was one of the key people involved in saving the town during this year’s flood.  He didn’t need the help running the hose but he let Kezia provide her assistance for a minute or two nonetheless.

With paint now dripping off their faces and weariness starting to settle into their bones, we took our children home to relax and wait for the fireworks.  When we returned to the field just before 11, the sky still had traces of the day on the western horizon.  We settled onto a blanket and covered up from the mosquitos.  The wait wasn’t long and soon explosions of color spread out above.  It was a great ending to a great day.  Thank you to all of the people who set up, performed, painted, sprayed, played and made it so much fun for all. 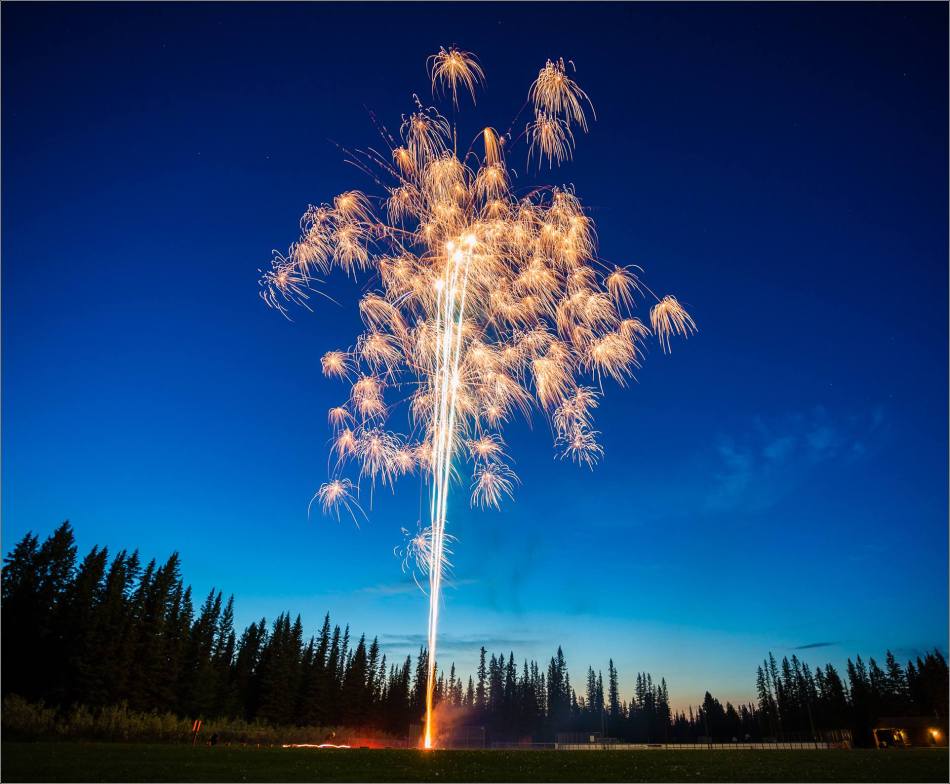 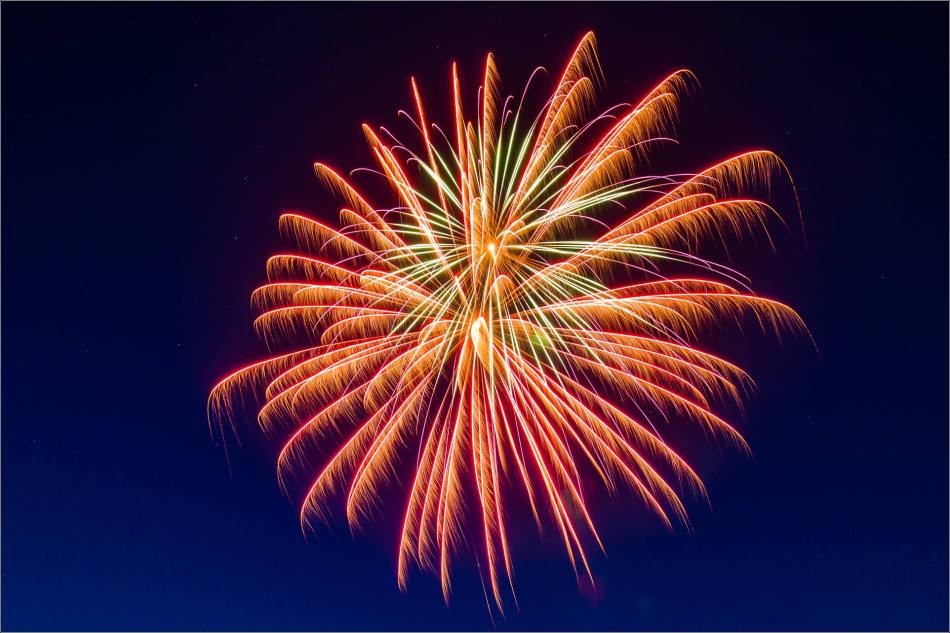 Friday was Kian’s 4th birthday and it kicked off a birthday weekend that was a whirlwind of fun. 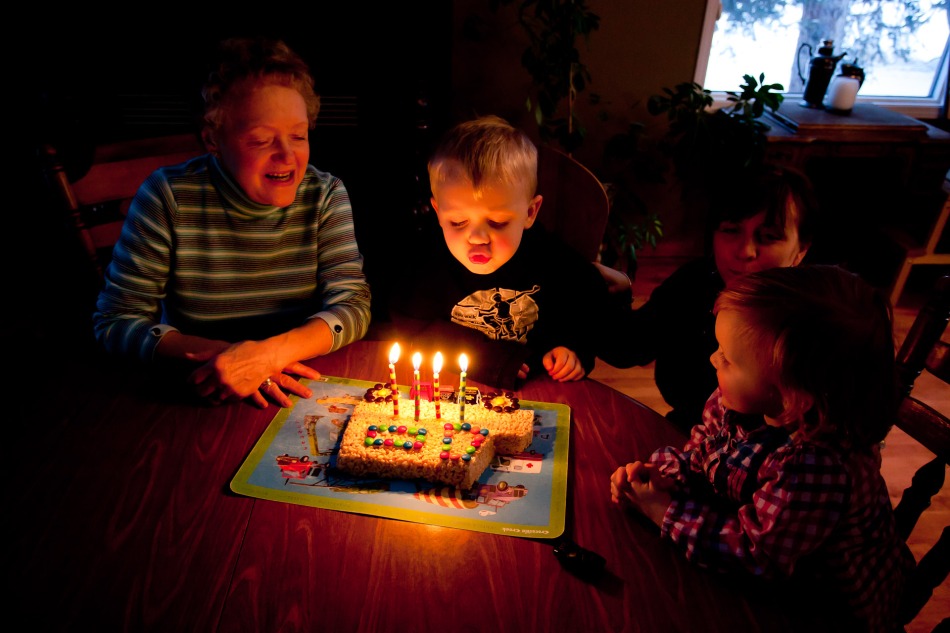 Our local fire station, the Redwood Meadows Fire Department, allowed us to throw Kian’s birthday party at the Fire Hall in the garage right beside the fire engines and emergency response vehicles!

The kids, and most of us adults, had a great time.  The fire fighters on duty were incredible – allowing the kids to tour through all of the vehicles, explaining gear, reinforcing fire safety in a fun way and really having fun with the children. 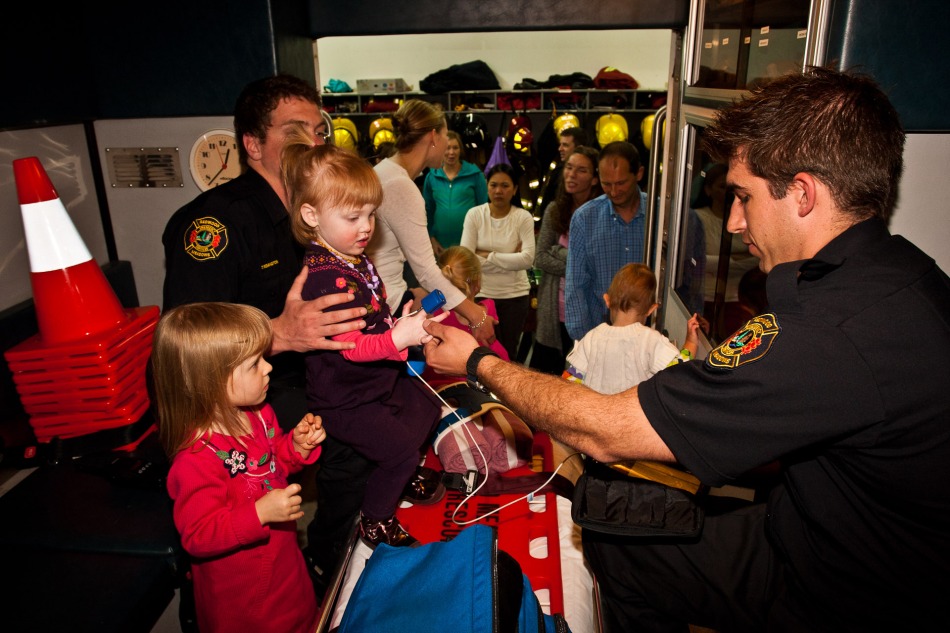 An incredible group of men and women.  Their work in the community is amazing and it was fun to have a chance to talk with them and see their interest in teaching and playing with the children.

A huge thank you to my wife, Bobbi, for putting this event on; the fire department for everything they did that made the party incredible, Trisha for her amazing desserts, my parents for helping pull it all together and all of the families who came out – I hope everyone had a great day – we did. 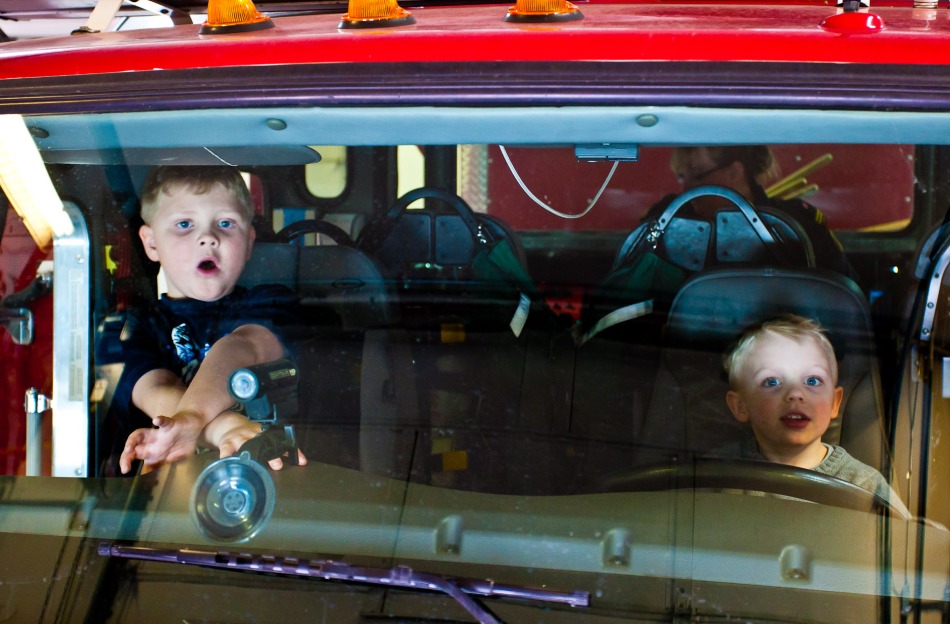 Happy birthday Kian – with all of my love to my big boy.  I love being your daddy and helping you as you blaze your trail.  You amaze me every day.