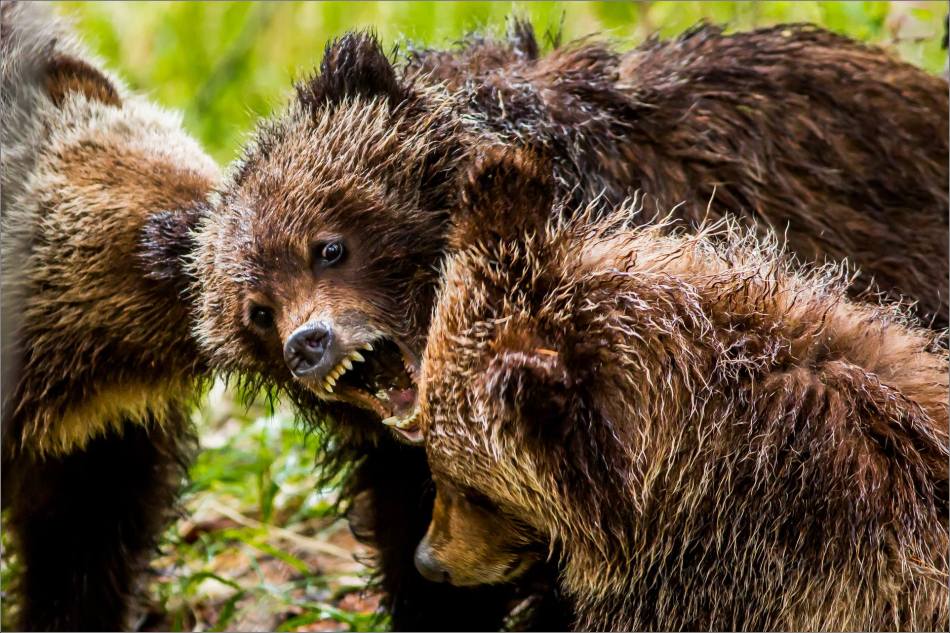 Forgive the double alliterations in the title!  I recently came across one of these pictures in my image library.  That recalled the encounter with this grizzly bear and her three cubs in 2012.  It was wet morning in June and my friend Jeff and I were out photographing near the Vermilion Lakes.  We found the bears under the trees.  While mom was sleeping, these two year olds were rough housing with abandon. 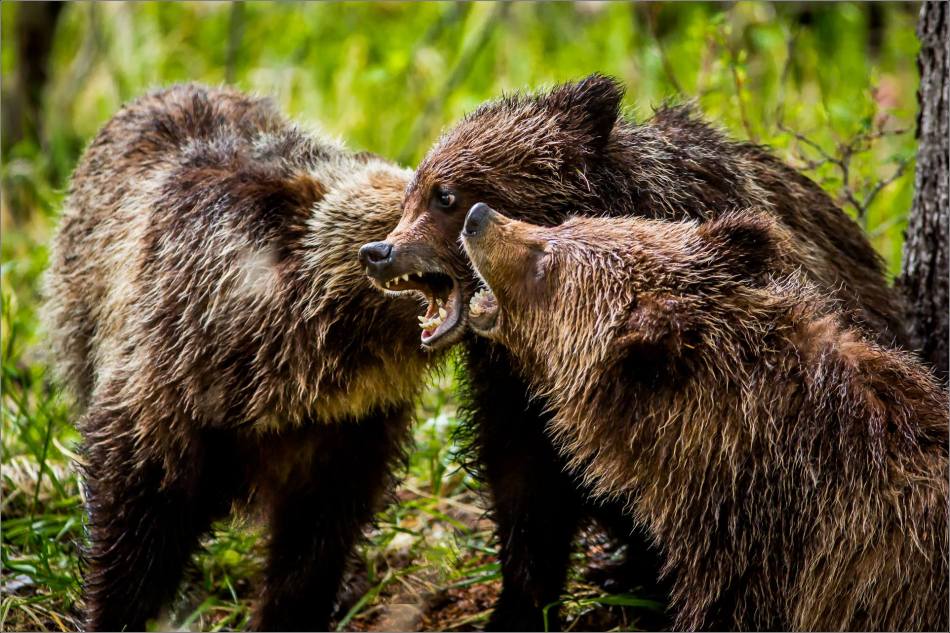 Though the bared teeth look fierce no true biting happened.  Even the play lost their interest before long and they alternated sprawling across mom and nursing.  We left then and it seemed they were close to a nap themselves – although they may have powered up again instead.

When they separated, I was able to grab a couple of individual shots.  Truly beautiful animals.  Five years on, I wonder how they have made out.  Their mother, 64, was well known in the Banff area but disappeared at the age of 25 and was assumed to have died in late 2013.  I believe one of these cubs was 148 who was relocated out of Banff earlier this year.  That move was due to her increasing encounters with humans but, tragically, she was shot and killed last Sunday in British Columbia.  A death, legal though it was, which I am having great difficulty accepting.  Particularly when that province will outlaw trophy hunting of grizzly bears starting on November 30th.    I’m a bit teary now so I’ll finish here.

Here is one of the last photographs I took of 64. 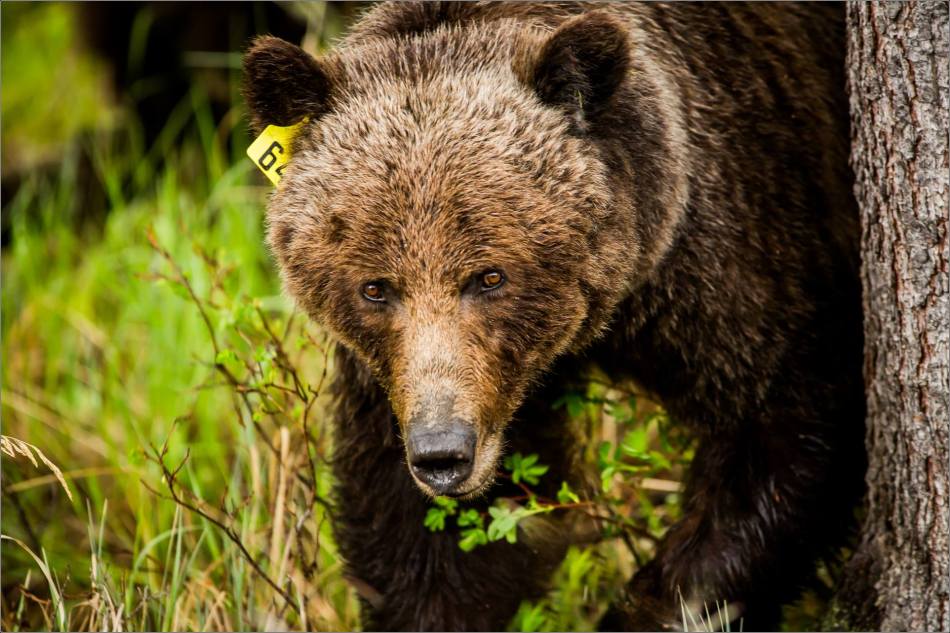