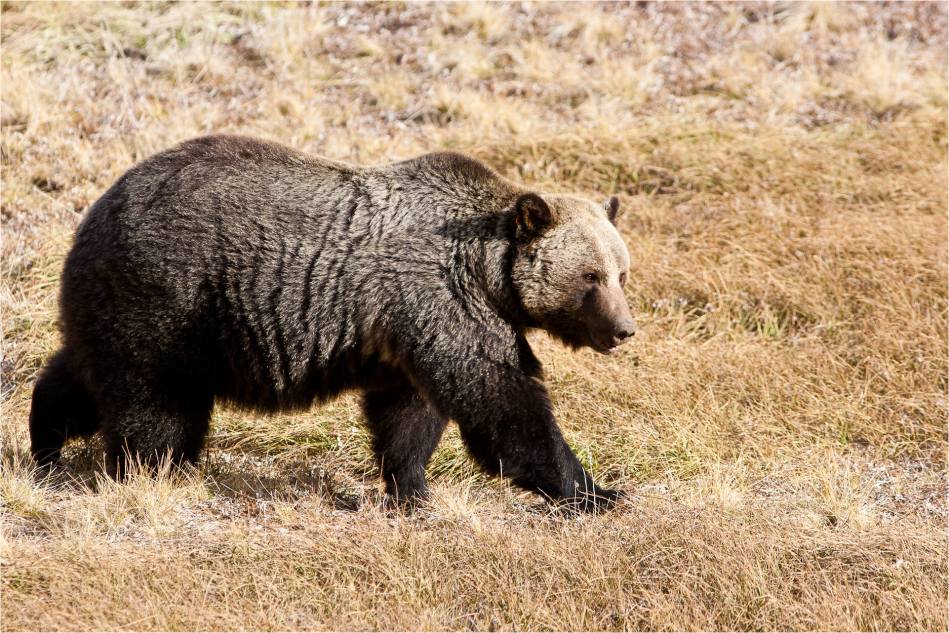 I spent three hours photographing four Grizzly bears in the Peter Lougheed Provincial Park on Sunday morning.  My parents were hiking there the day before and had seen the small troop digging up a meadow to get at small roots in the soil.  I followed their directions and found the mother with her two cubs and a lone sow.  The mother was protective of her cubs and the other bear kept her distance.

A couple of times mother bear chased the other one away either because she had strayed too close or momma wanted to graze in the loner’s spot.  I have to say, watching a bear run is incredible.  It is a shuffling gallop that doesn’t look fast but when you look at the ground covered you understand exactly how fast bears are.  One of the charges sent the lone bear running towards me which got the adrenalin going.  The image of the lone bear running away below is a bit blurry as the light was pretty soft but it illustrates some of the power these animals carry in their movements (and look at those claws).

The meadow is a narrow strip about two hundred meters wide which is lined with trees on both sides.  I stayed along the forest’s edge but made sure the bears knew I was there when I was more than a few hundred meters away.  I took almost an hour to get to my final photographing spot.  Trying to watch for any signs of agitation, particularly from the mother.  She looked my way a couple of times but did not stop grazing other than to chase the other bear. The cubs noticed me too but went back to their digging without any concerns.

The lone female seemed curious for the first few minutes but then settled back to the big dig.  She would watch me whenever I moved but once I set up in a new spot, she would tend to her hunger.  By mid-morning I was close enough to see their faces clearly through my lens but I was wishing I had longer glass than my 300mm lens and extender.  A 500mm lens would have been perfect but no complaints.

The berries were late this year and I wonder if these roots are a fallback option that the bears look to late in the season to top off their bellies before hibernating.  I left them as I found them, shuffling around and burying their heads in the piles of dirt, and headed back up the trail around noon. 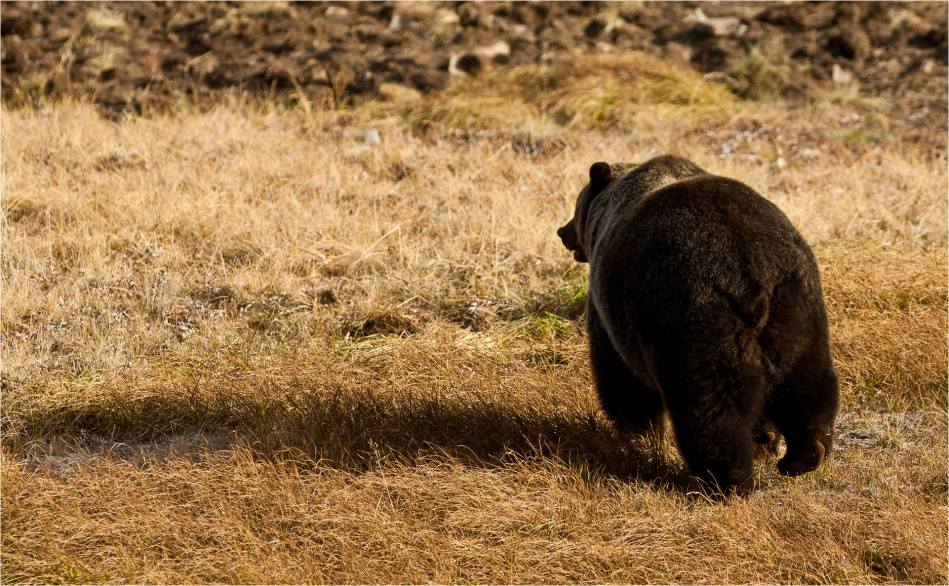