Shapes and shadows in Yellowstone 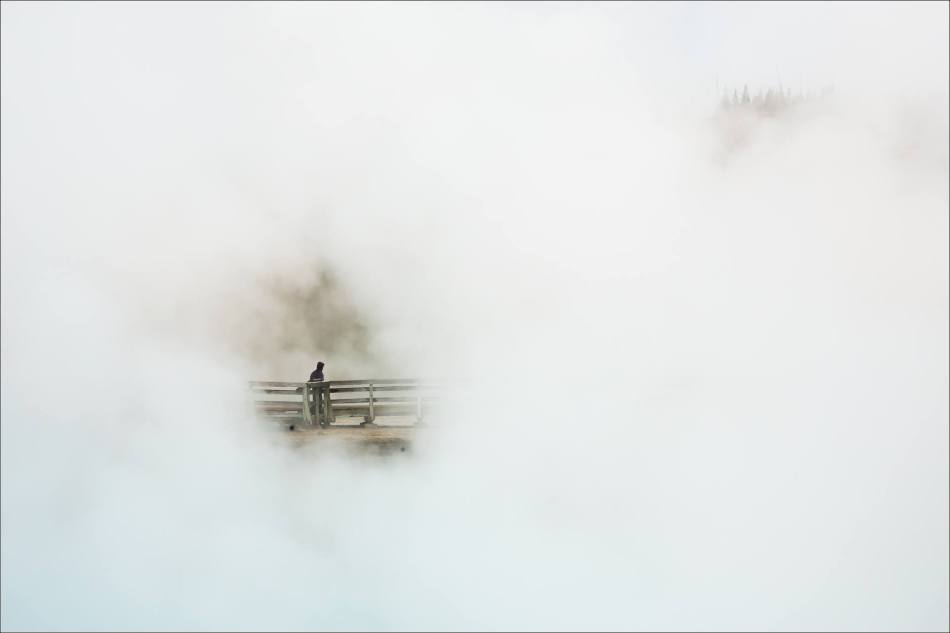 The Grand Prismatic Spring is the largest hot spring in the United States.  The rings of color which the rock, microbes and water create are amazing and I had hoped to be able to photograph them when I visited in late May.  The weather had other plans and the cold, wet air created a heavy mist over the scalding hot water.  The wind blew in on gusts from the south creating waves of cloud. 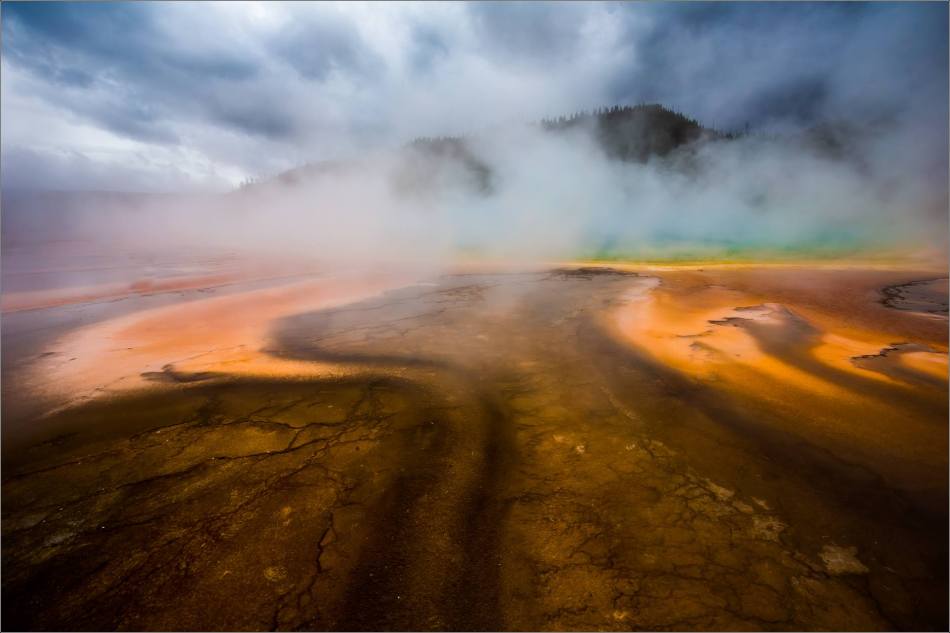 Occasionally, the elements would conspire and rifts would open in the sheets of white lifting off of the spring’s surface.  I walked around the boardwalk twice, enthralled by the isolation created amid the fluid transitions blowing by. 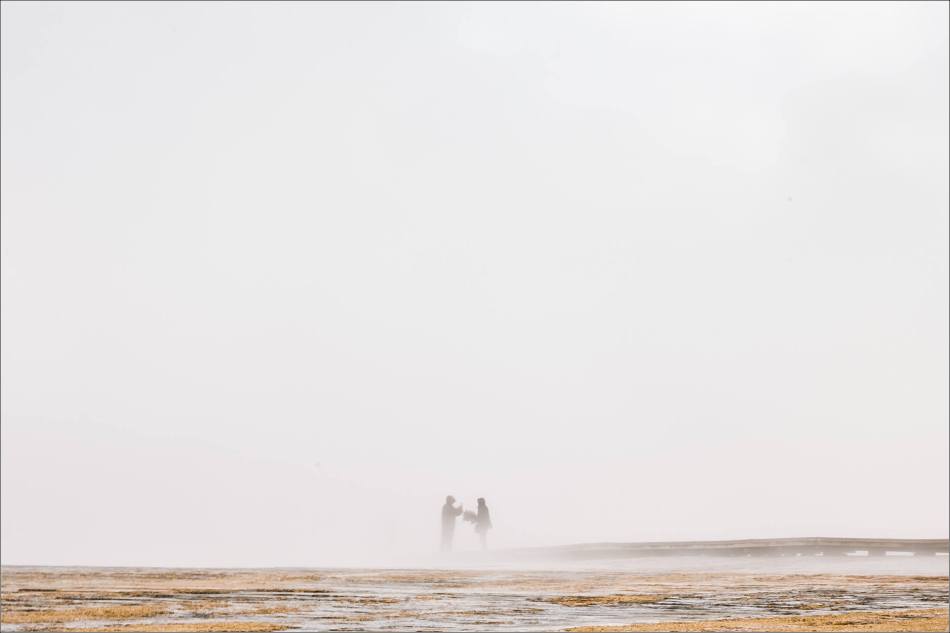 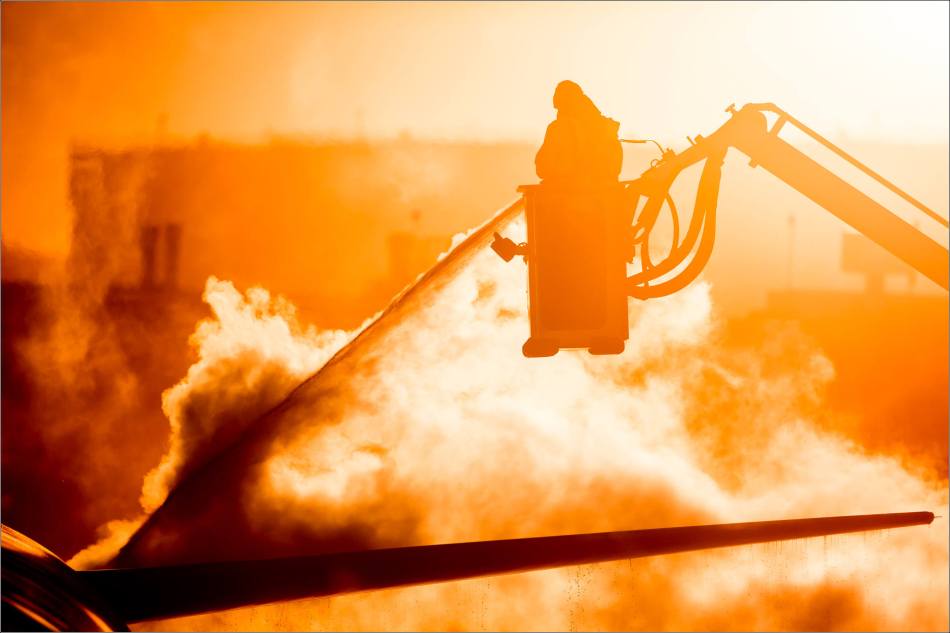 I originally published one photograph of the patterns of steam created by workers de-icing planes in January 2014, the day after I took the picture when I arrived in Arizona.  I processed the image quite minimally as I believe I was working off of an iPad and had limited time to work on the images.  Last year, a more true to life, and to my eye more pleasing, version was recognized in the CBRE Urban Photographer of the Year competition.  This version required some processing as RAW files are quite flat and high contrast images can require a bit of work to bring them out.

For a recent competition I entered, I submitted a series of different images from the same time.  I liked the abstract quality of the steam created by the patterns and swirls, backlit by the just risen sun.  I wanted to share those here – with the break in the freezing temperatures this morning, I thought it was a nice reminder of just how cold winter can be in Alberta! 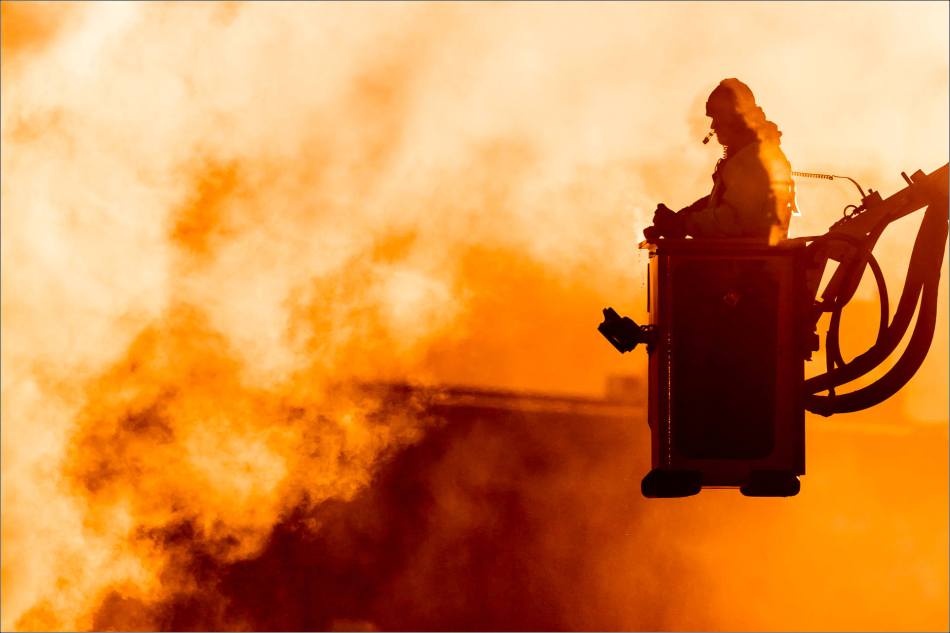