A meeting in Bragg Creek 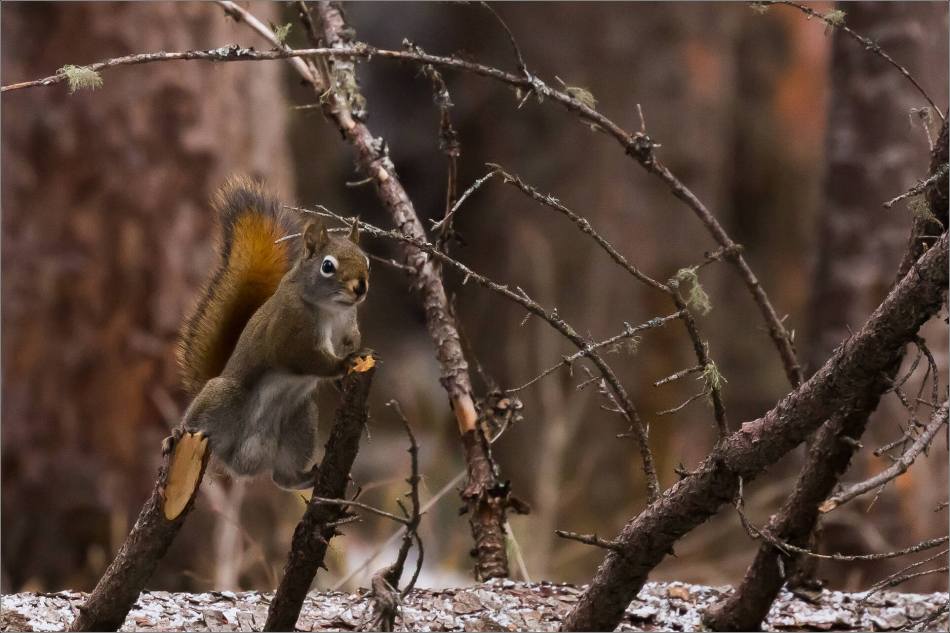 I went to the Bragg Creek Provincial Park just before the latest snowfall.  Wandering along the Elbow River, exasperated chirping voiced several nearby squirrel alerts accompanied me.

Curiosity took over one’s hesitations and he climbed down from a treetop to watch me from a branch a couple of meters off the ground.  I crouched low and stayed still and soon he was digging out a pine cone from the sticks and snow. 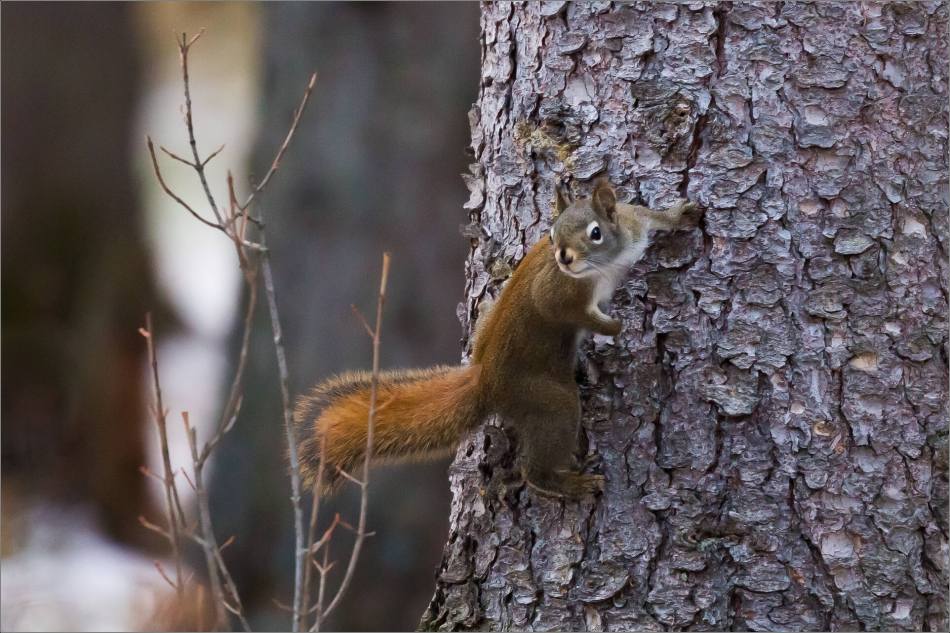 With the right one gathered, he raced back to the tree and had breakfast from the low perch.  It was interesting to watch how he whittled down the cone.  Clever, efficient and dextrous work. 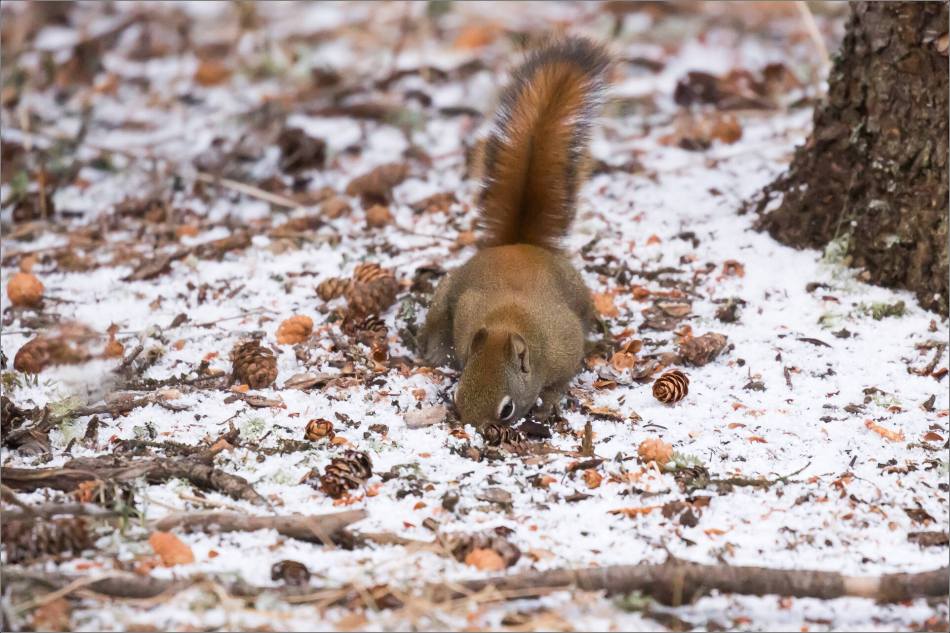 Once done, he let out a few chirps.  Conveying either the all clear or the threat’s still here – or something else altogether – before leaping away.  A couple more jumps along with some branch runs and he was out of sight.  His and a few other chirps spun through the woods now and again as I continued wandering.

Actually the Red squirrels that I was photographing a couple of different times over the weekend weren’t getting up to too much trouble so the title is a little bit misleading.  However, when I watch them tearing up and down trees, leaping between branches, grabbing seeds, etc. they seem mischievous.  We had one, in the image below, that found a way into our attic from the outside last year, that crossed from mischief into nuisance but a live trap and rodent proofing measures allowed us to remove it and for it to return to the backyard 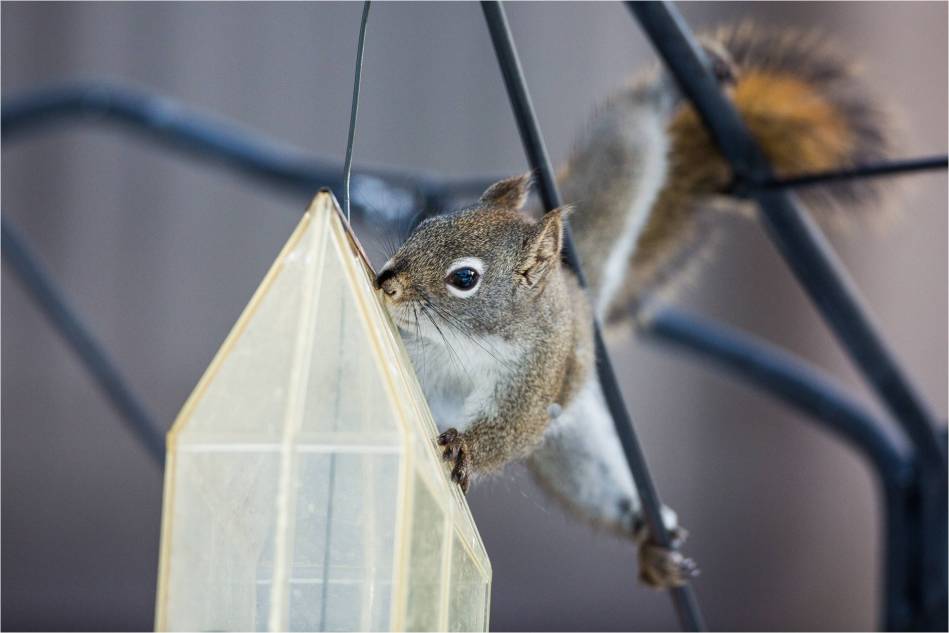 This same squirrel is drawn to the bird feeders I have put out over the years.  It successfully pilfered from or destroyed each of them!  That has been stopped with the current, rather ugly, feeder which the squirrel can neither knock down nor draw seeds from.  Some of the birds that visit, nuthatches in particular, are very picky about the seeds they eat so many seeds drop to the ground which birds and squirrels alike enjoy snacking on. 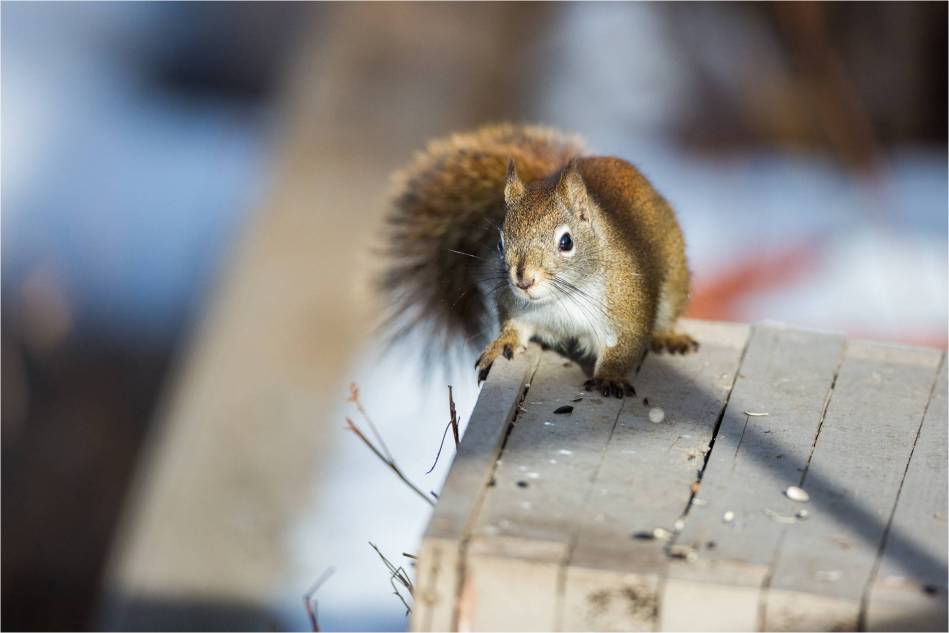 Nevertheless the squirrel still takes a crack at this feeder every couple of days as seen above.  Below, he is perched on the top of the metalwork that holds the feeder as well as flowers in the summer.

Even with seeds scattered on the deck, when I observe the squirrels eating they prefer stripping cones from the tall conifers they run around in all day to get at the seeds within.  We seem to have an equilibrium with the squirrels, rabbits, chipmunks, birds and voles in the backyard.  May it continue to last. 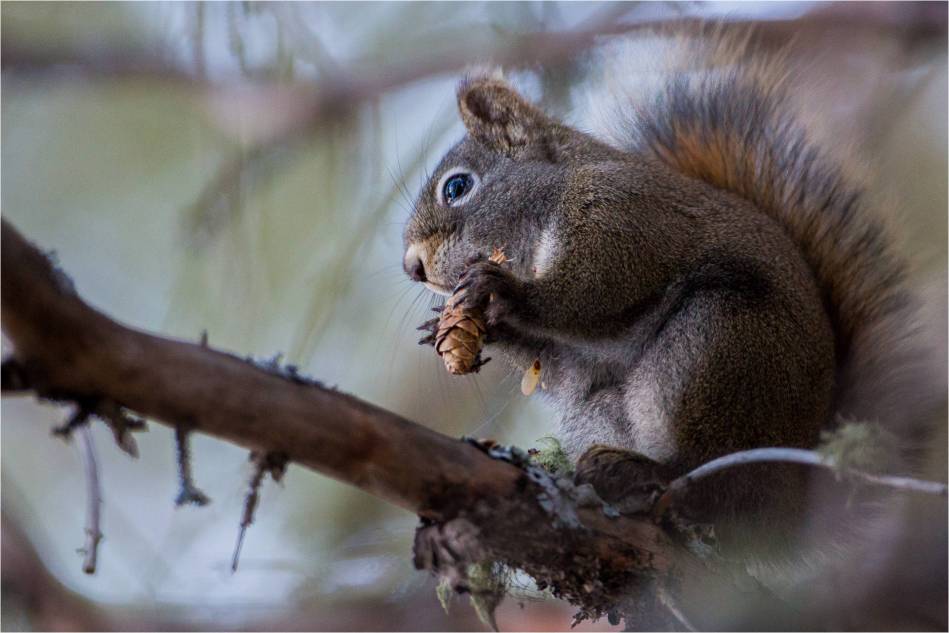 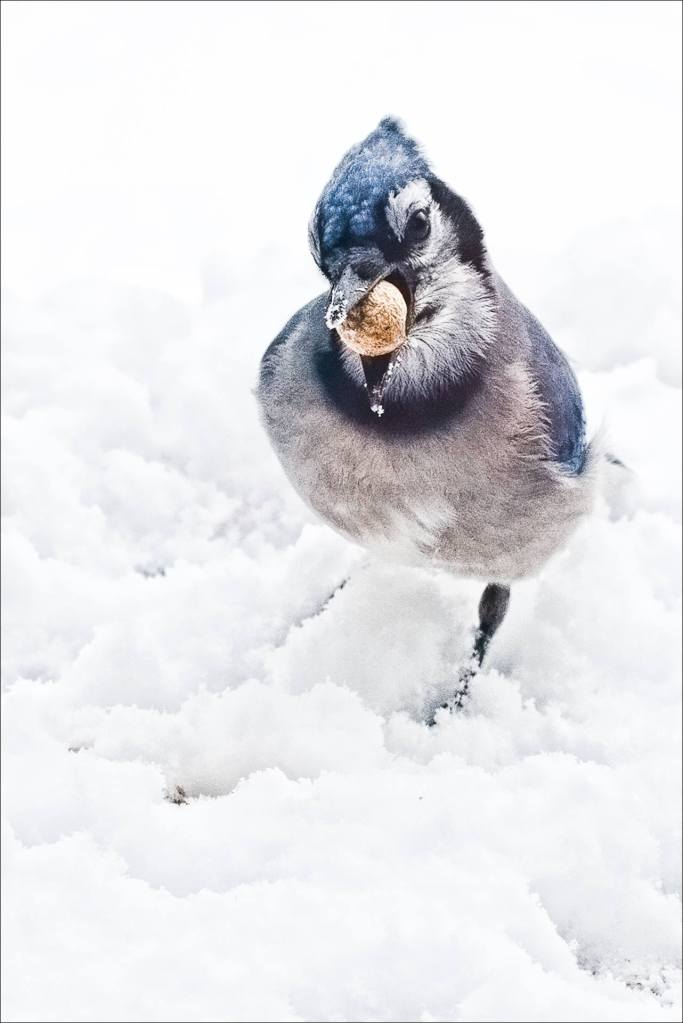 A quiet morning in Bragg Creek with a bit of snow falling.  I had some fun photographing the animals who came by for a few peanuts. 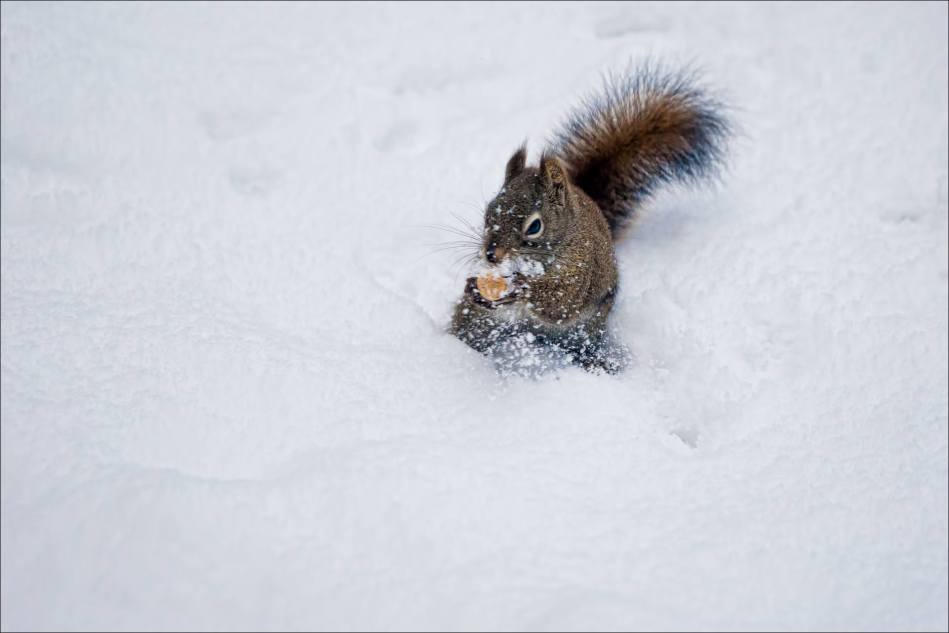