From the archives: Port Angeles sunrise 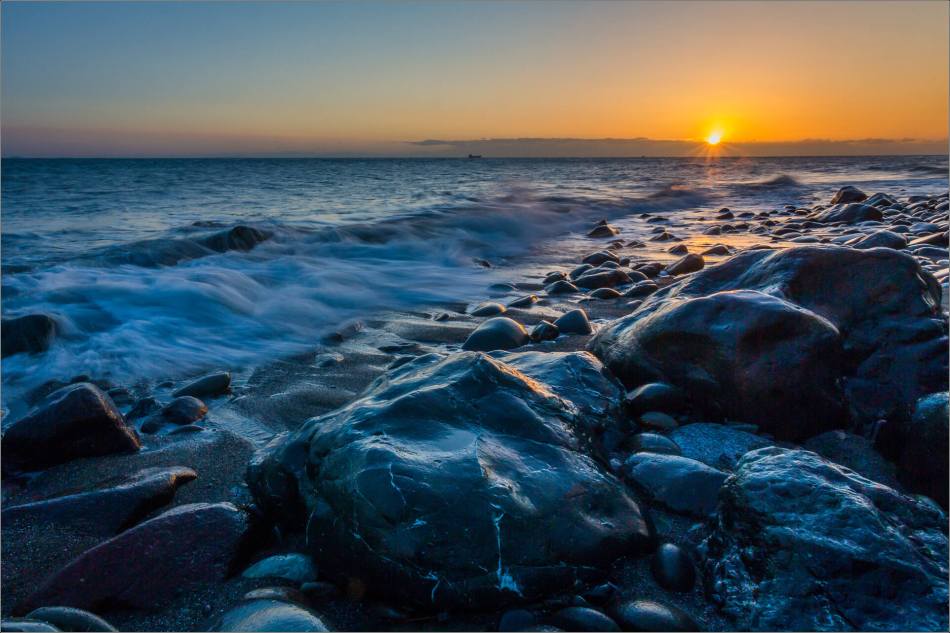 I have to admit to missing the ocean badly right now.  The pandemic has interrupted a couple of trips to the coast but a stroll through my image library helped.  I landed on some images from a morning two Aprils ago where I was on the narrow strip of land where the Ediz Hook Reservation for Native Birds borders against a US Coast Guard Air Station. 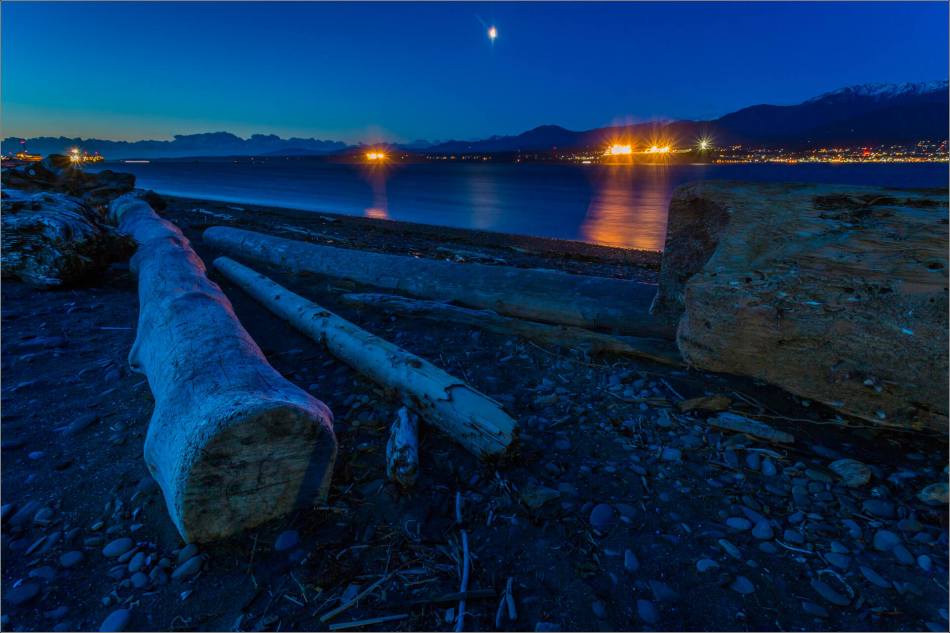 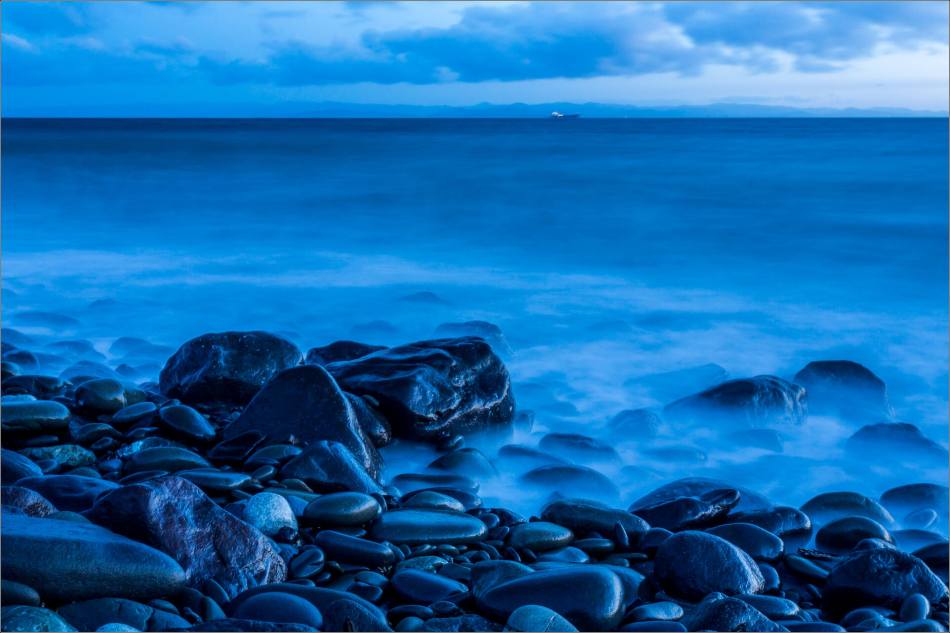 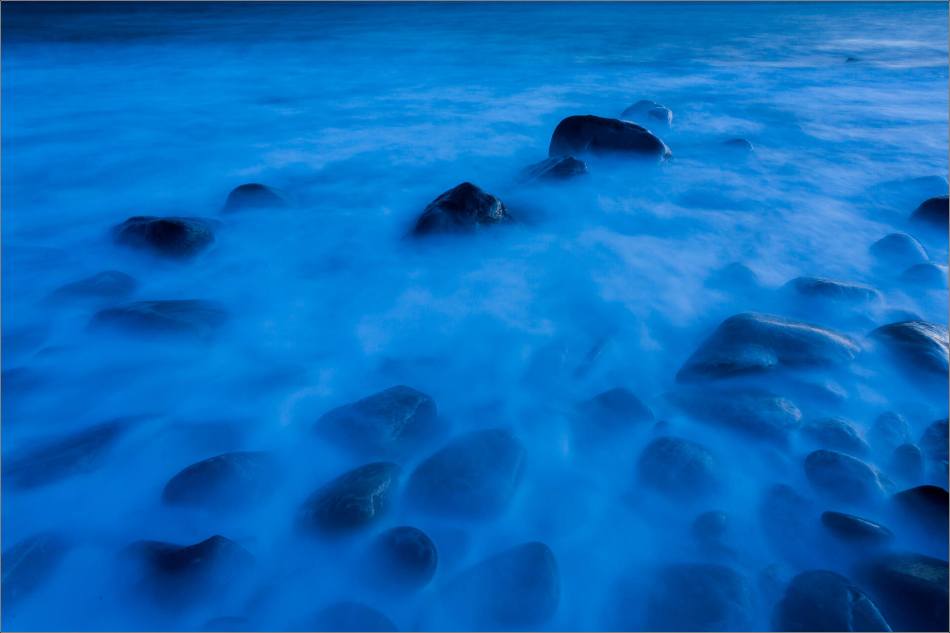 The sun rose just after 6 am.  I was on the shore by 5 and enjoyed watching twilight brighten the night sky.  The hour seemed to glide quickly past – as is often the case when I’m out photographing landscapes.  Not before I had managed a few different scenes of the blue hour on this interesting spot along the Olympic Peninsula in Washington State. 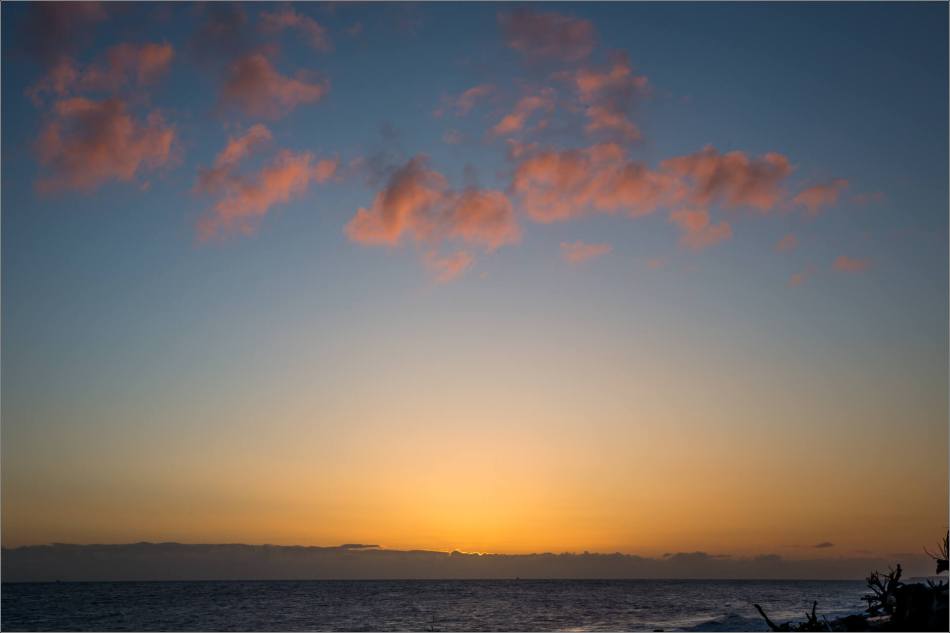 When the sun was up, I did a little beach combing.  Walking through the wash of the tide, I found a few interesting miniature scenes.  This one was a favorite of mine. 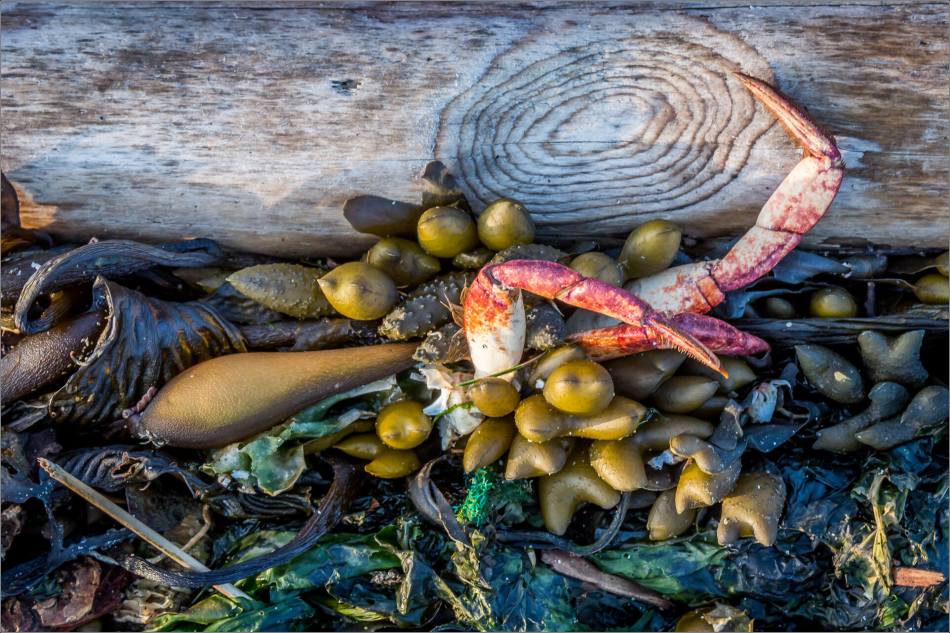 A Cabo dawn on the rocks 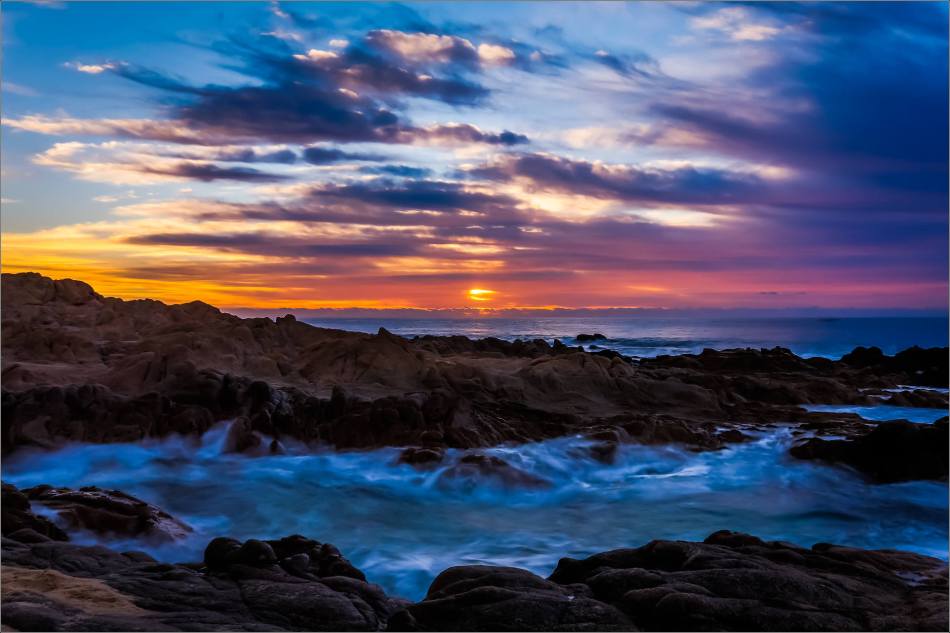 When we were in Los Cabos last December, we were able to enjoy beautiful sunrises almost every day.  This morning’s dawn was a favourite and I was out early to catch the sun rising out of the Sea of Cortez at these fingers of rock that I had scouted a few days earlier. 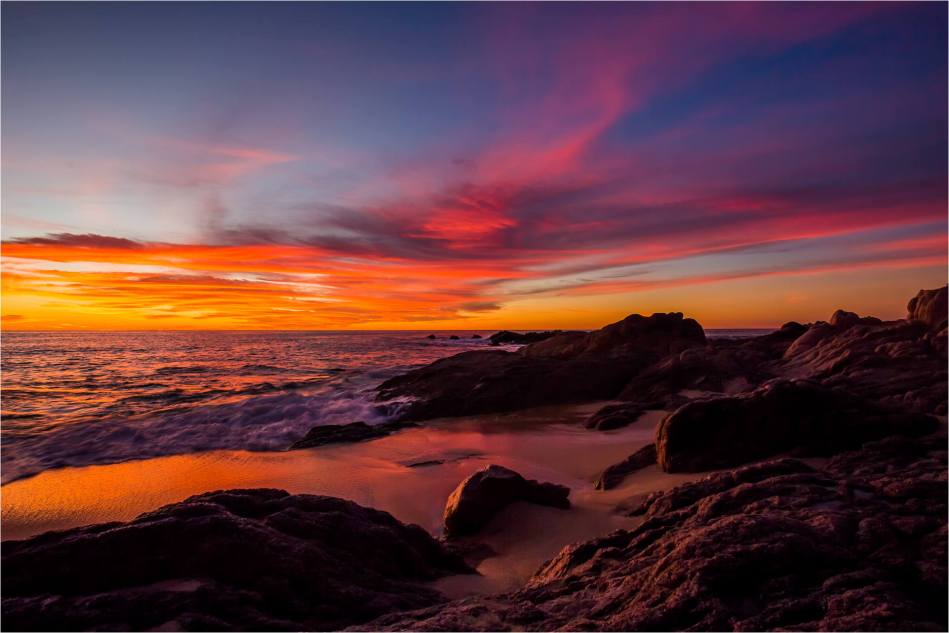 During our stay in Los Cabos last month, each day started with beautiful mornings as the sun rose out of the Sea of Cortez.  This stretch of coastline between San José del Cabo and Cabo San Lucas has great rock outcrops wrapped with honey coloured sand.  This cove was a few minutes walk from our patio and was a fun place to play and hunt for seashells with the kids during the day.  Before dawn, I had it all to my self and it was magic. 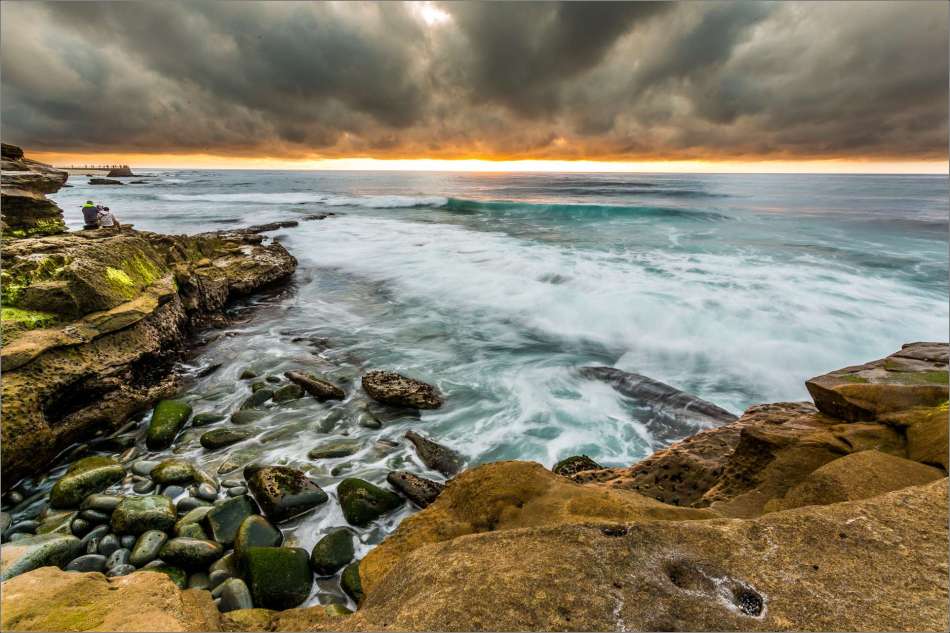 We are on the coast of Southern California for a short vacation.  Legoland is the destination today for the family and my building-obsessed son.  Last night, I was out exploring the beach cities north of San Diego and we photographed the sunset on the coastline in La Jolla.  The light was beautiful and the rocky coastline provided a wonderful landscape to work with.  There are surfers, pelicans and seals all waiting to be photographed, I’m excited to find a few more opportunities. 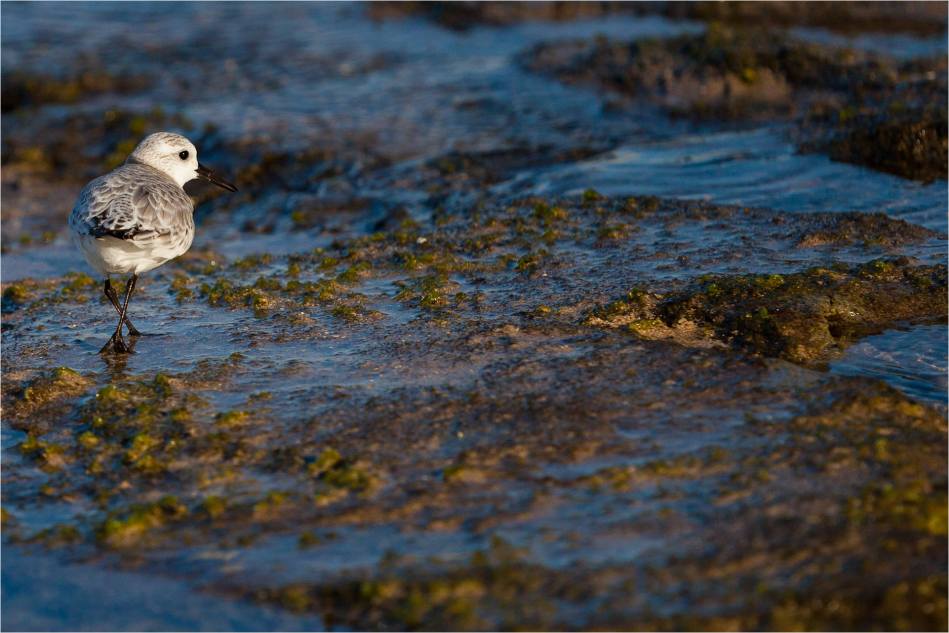 While walking along a few different beaches during our time in Kaua’i I met up with Sanderling shorebirds.  Their white plumage provides a significant contrast to the sand and rocky shorelines they frequent.  I learned their name in Hawaiian is huna kai which means sea foam.  The manner in which they run back and forth with the foamy edge of the waves rolling up on land makes the name seem appropriate. 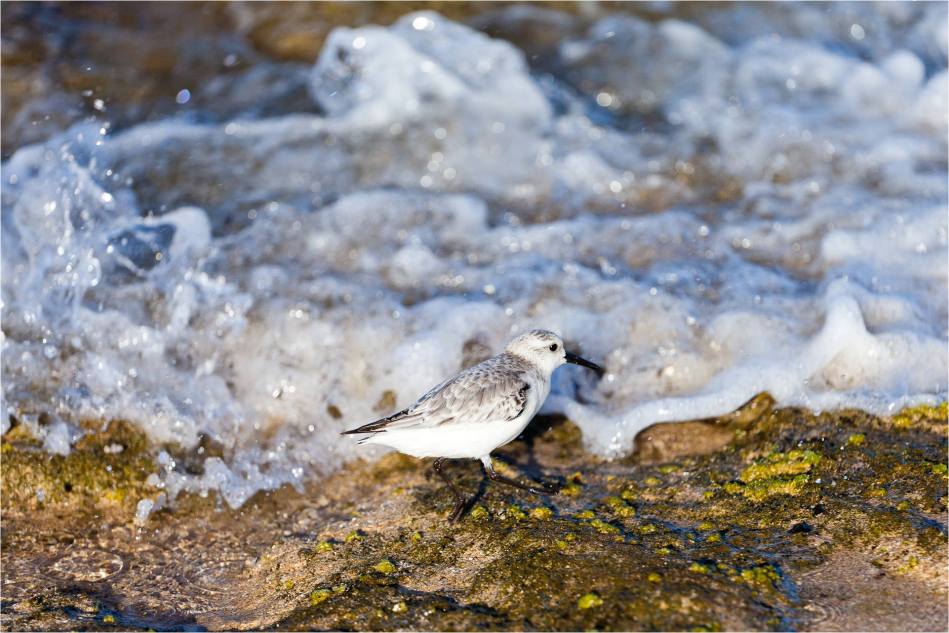 This bird was on the eastern edge of Ke’e Beach feeding in the small tidal pools dotting a flat mound of rock on the beach.  I photographed for a few minutes while it danced around the water and picked at the unseen creatures in the pools. 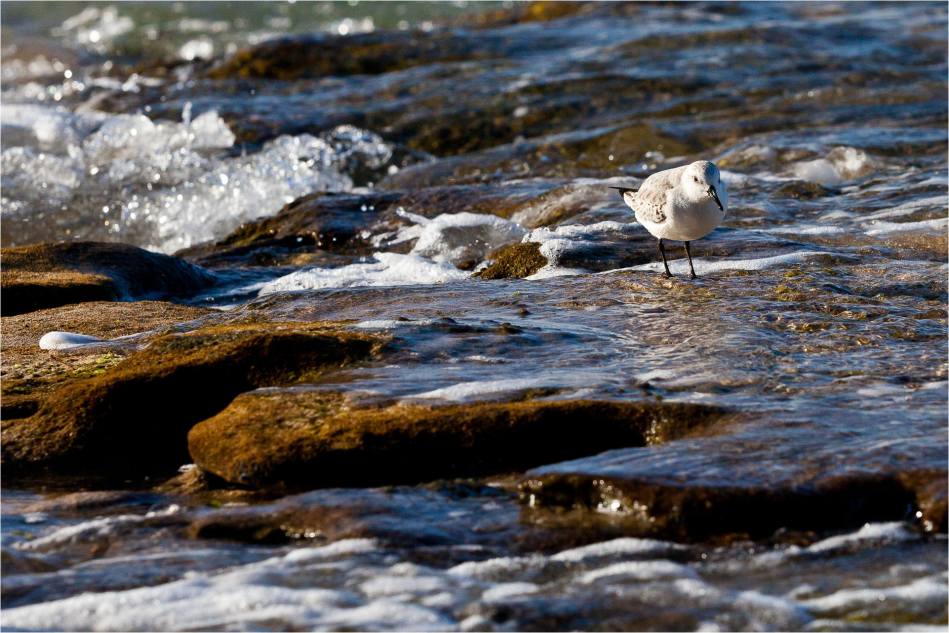 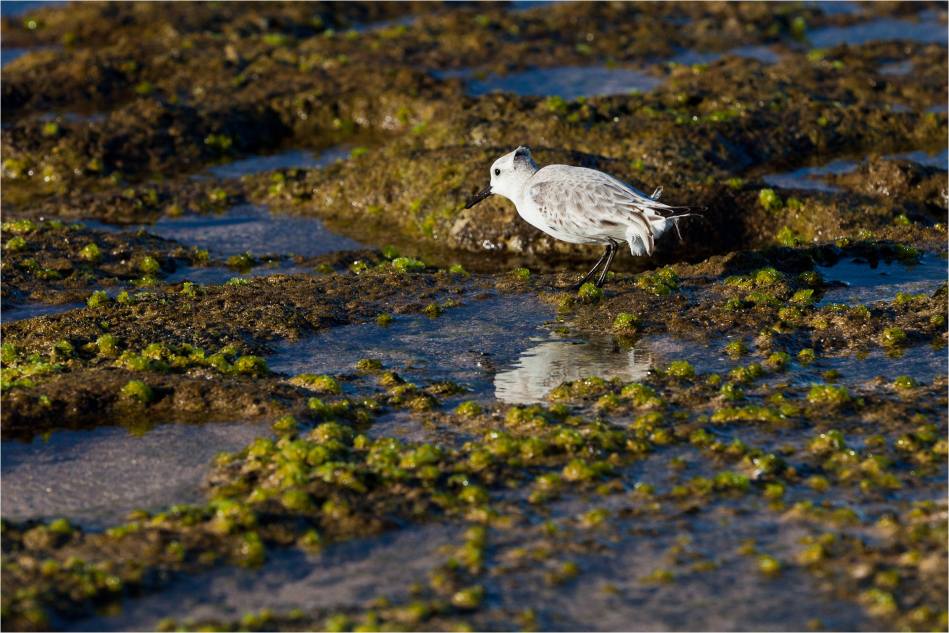 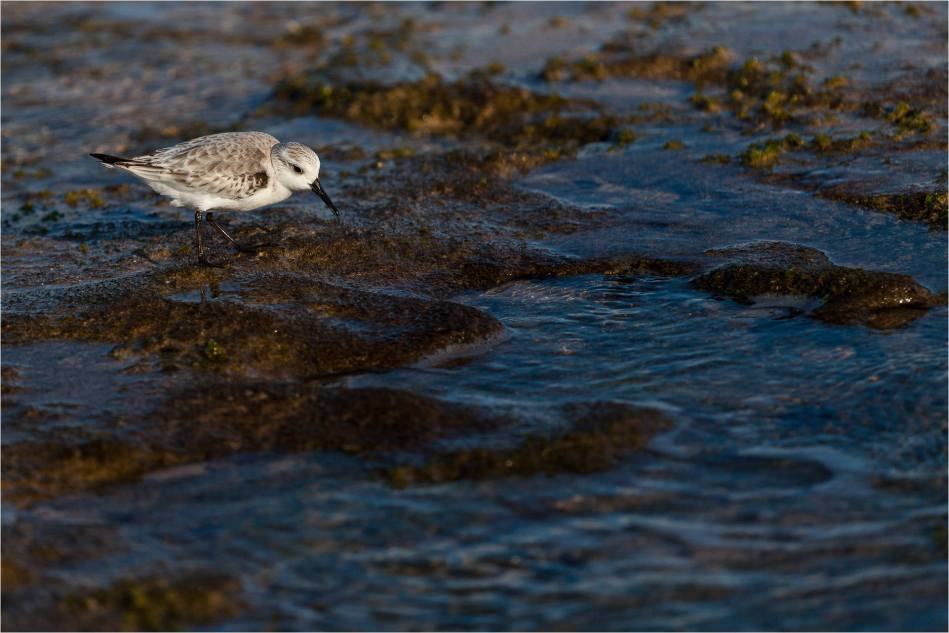 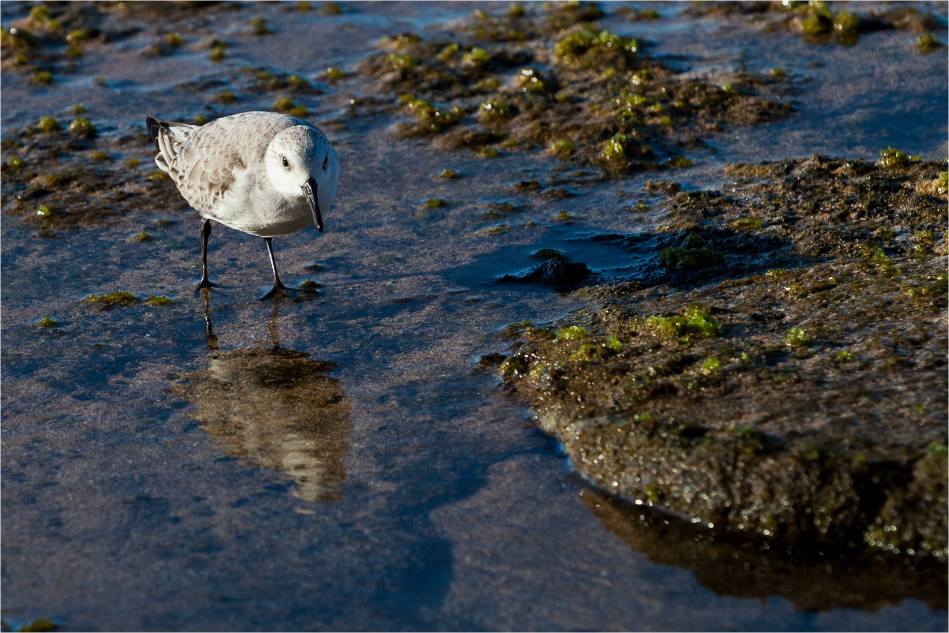 When it seemed to become more curious in me and less interested in the rising water.  The foam caught the feet a couple of times so I decided it was time to go.  Here is one of the last where the bird flew up from the water racing over to an open spot to fish again. 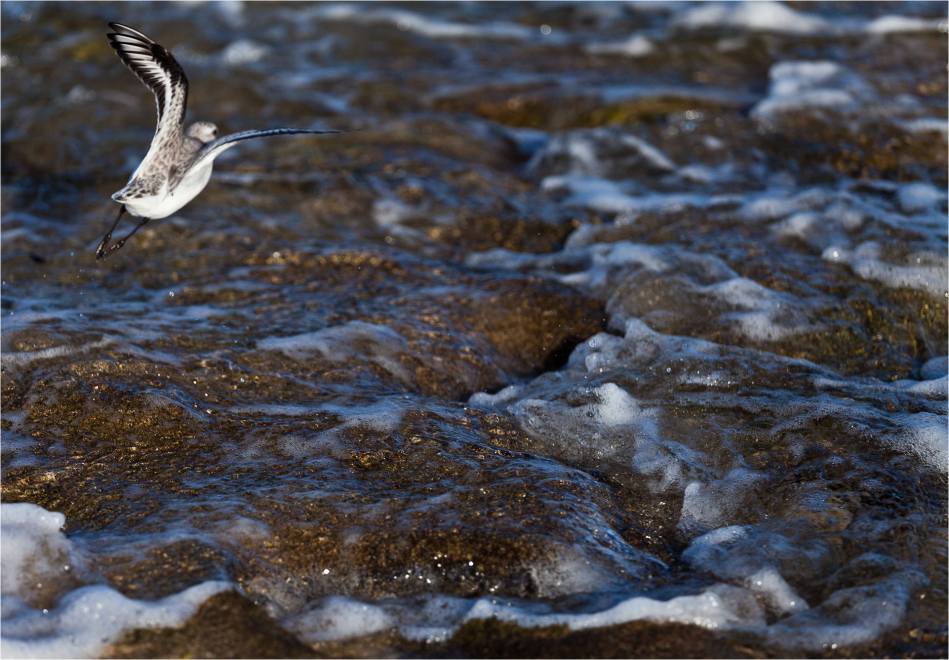