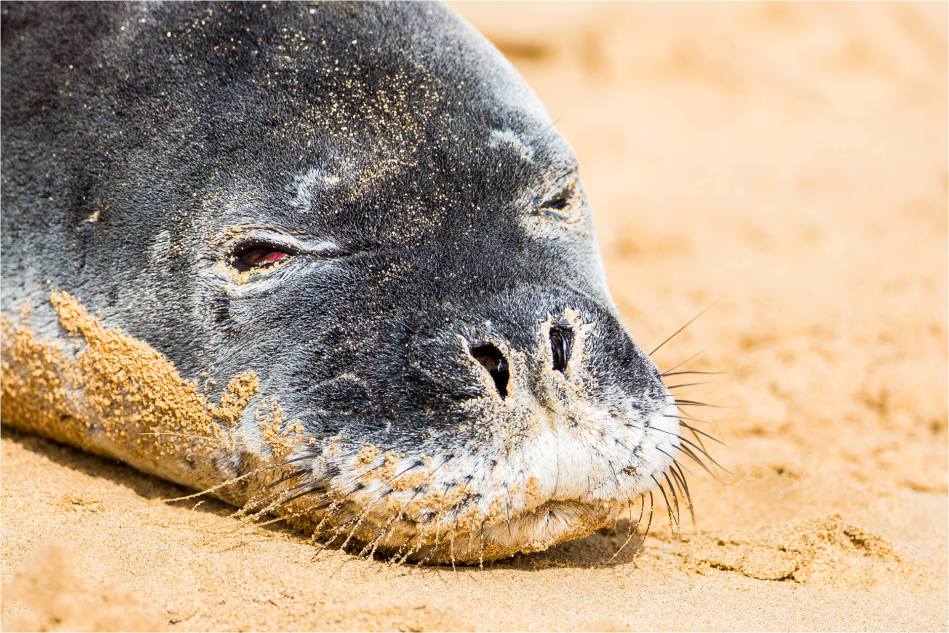 (please click on any picture to open a higher resolution version)

Ilio-holo-i-ka-uaua – that’s what the Hawaiian Monk Seal (Monachus schauinslandi) is called in the Hawaiian language.  Literally, it means dog that runs in rough water.  We were watching a sea turtle that had pulled up on a beach in Po’ipu when a friendly fellow who was chatting with Bobbi, told her about a Monk seal he had just seen on a nearby, although fairly remote, beach a little while earlier.  So, we packed up, drove down an old dirt road, hiked over forested sand dune and about half an hour later, we were watching a seal that had hauled itself well up onto the beach. 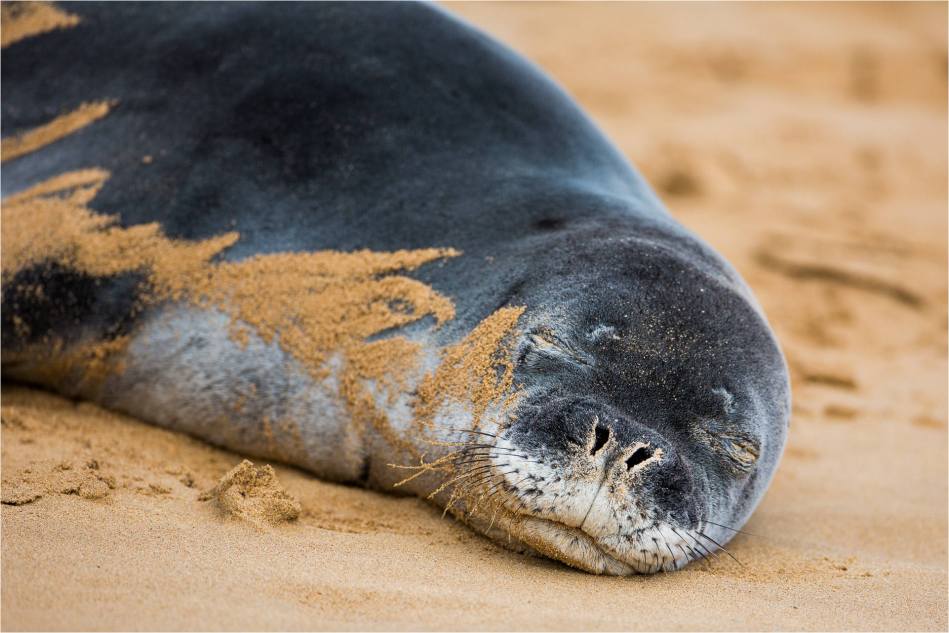 The kids had fallen asleep between beaches, so Bobbi and I alternated a couple of visits to the seal.  The ropes had been set up so passersby did not stray (or walk intently) too close to these critically endangered animals.  Most people respected the boundaries.  When the seal slid out of the area that had been cordoned off to provide some space, it rubbed up against one of the poles which was curious – maybe just an opportunity for a scratch or it was checking out the scent left behind by the person who placed it.

A few minutes afterwards, the seal had settled a couple of yards above the water line.  It remained there for almost an hour.  People continued to stay back even without an updated perimeter with only two exceptions – nothing that seemed to impact the seal but a local fellow nearby set the clueless observers straight.  The image below was not one of the too close encounters.

I had the benefit of my long lenses and was able to keep well away from the seal and its path back to the ocean.  It dozed for most of the time we were there and not much interrupted its rest.  When it was back down at the surf, even waves that reached up and covered its face, most only a little, rarely even opened an eye.

Kian and Kezia woke up after an hour and made the trek down to the beach with us.  It was great to watch the seal together and they were really interested in this beautiful animal, how big it was (7′ long I would guess) and why it was sleeping so much!

Nearing sunset and following one good wave in the face, the eyes opened and the seal made short work of the rest of the beach between it and the open water.  It undulated forward, sliding across the sand and slipped into the water. 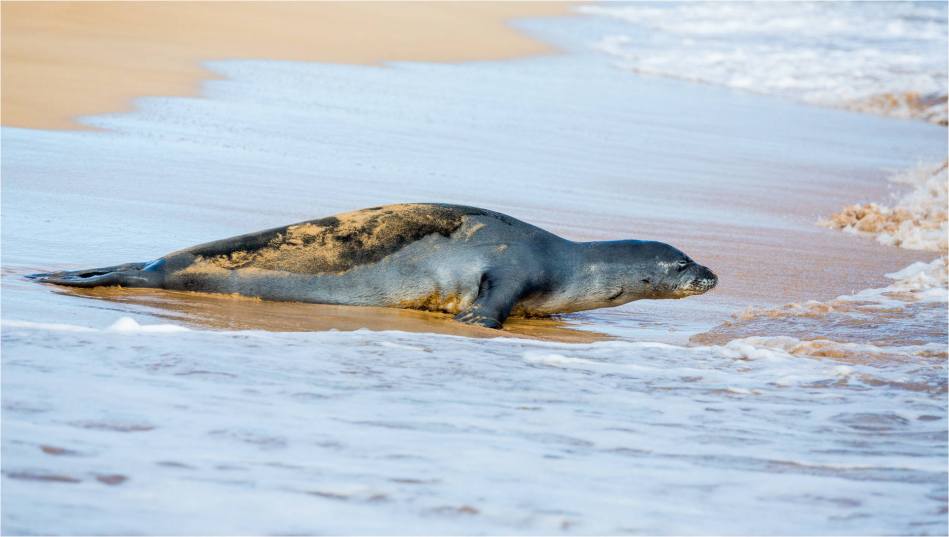 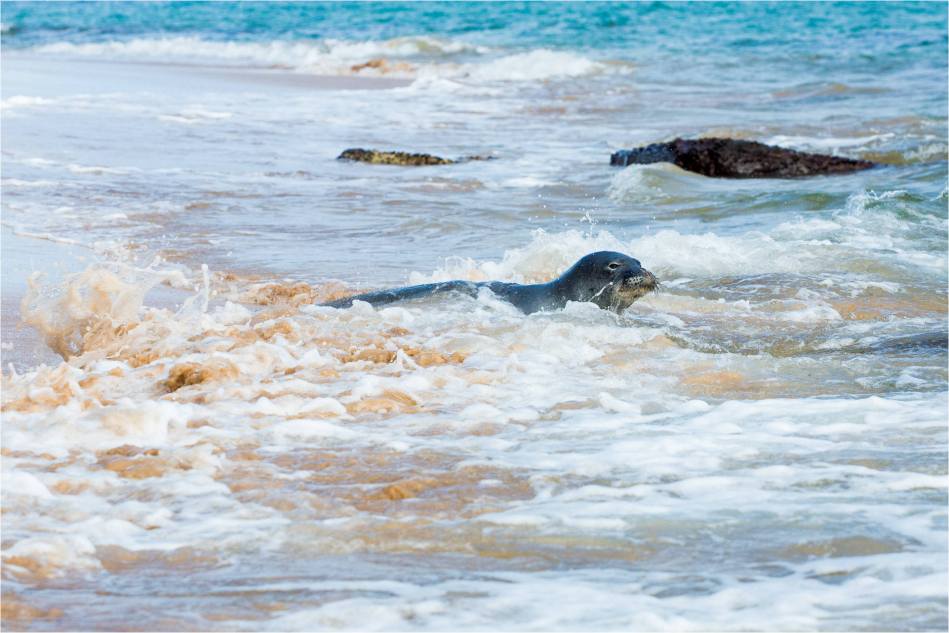 There it was transformed from the ungainly land mammal to a graceful sea creature.  It was great to watch it swim for the first hundred yards or so before it went underwater.

This was the last glimpse I had as it headed out to sea.  We lingered for another hour as there was some family sand castle building required.  One of the best days we’ve had in Hawai’i.