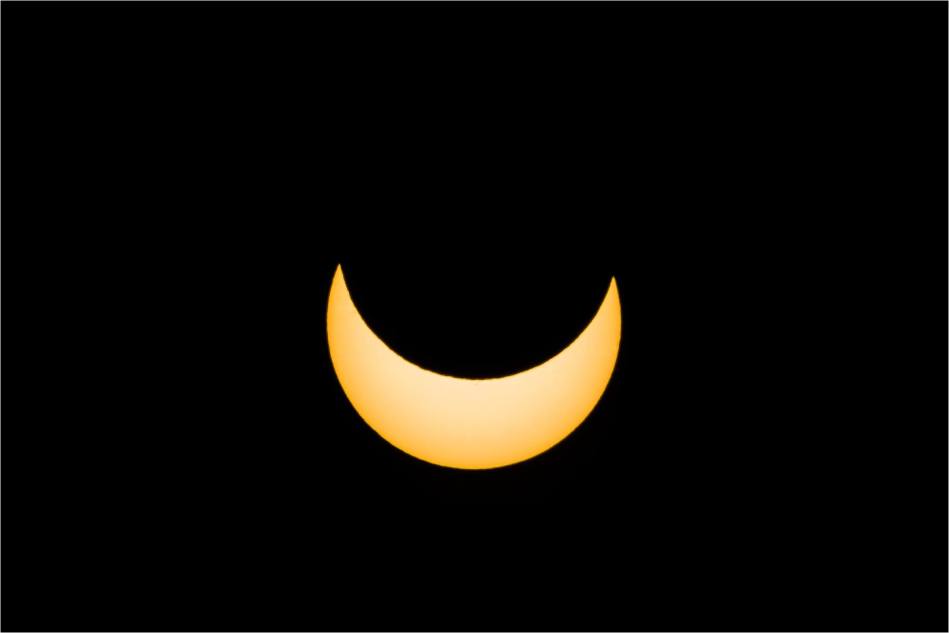 The October 23rd solar eclipse was at its maximum at 4:07 pm here in Calgary.  It was a partial eclipse with the moon blocking out a majority, but not the entire sun.  The sun swung like a pendulum behind the moon which afforded a couple of images of each of the distinct phases.  The image above was taken at 4:07 PM MST which was at the maximum. 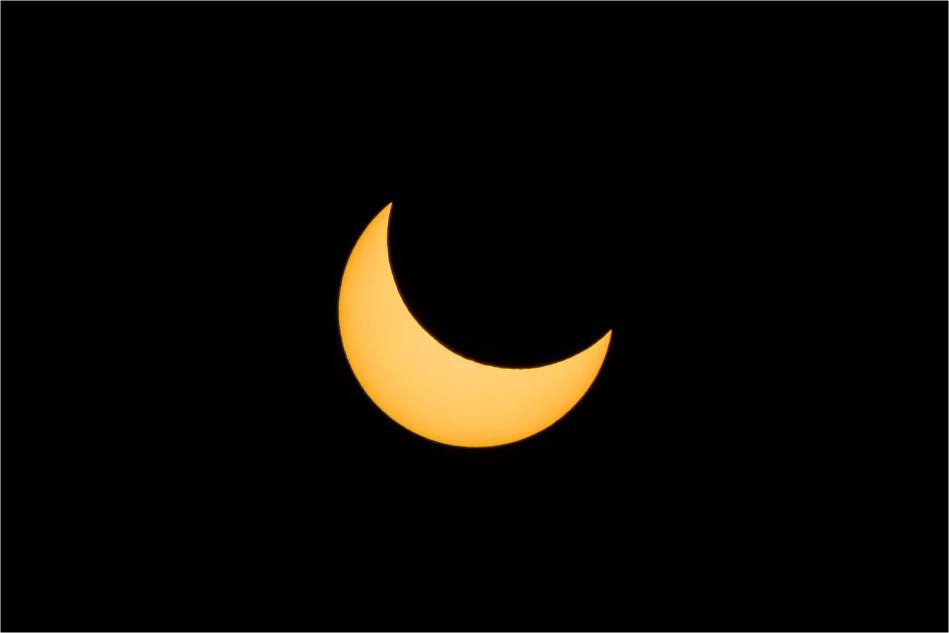 The image above was from 3:55 PM and the one below was taken at 4:13 PM as the sun and moon separated. 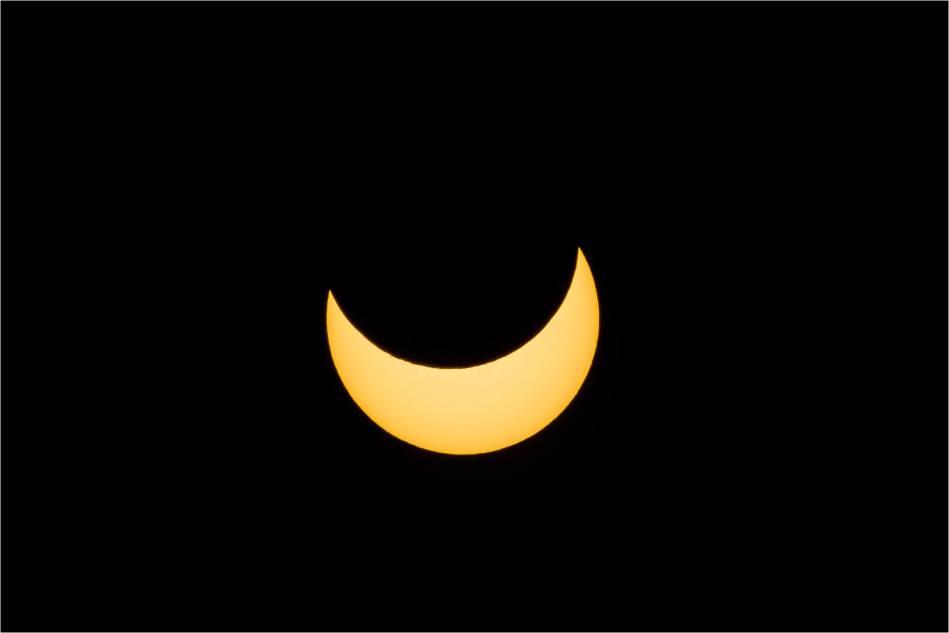 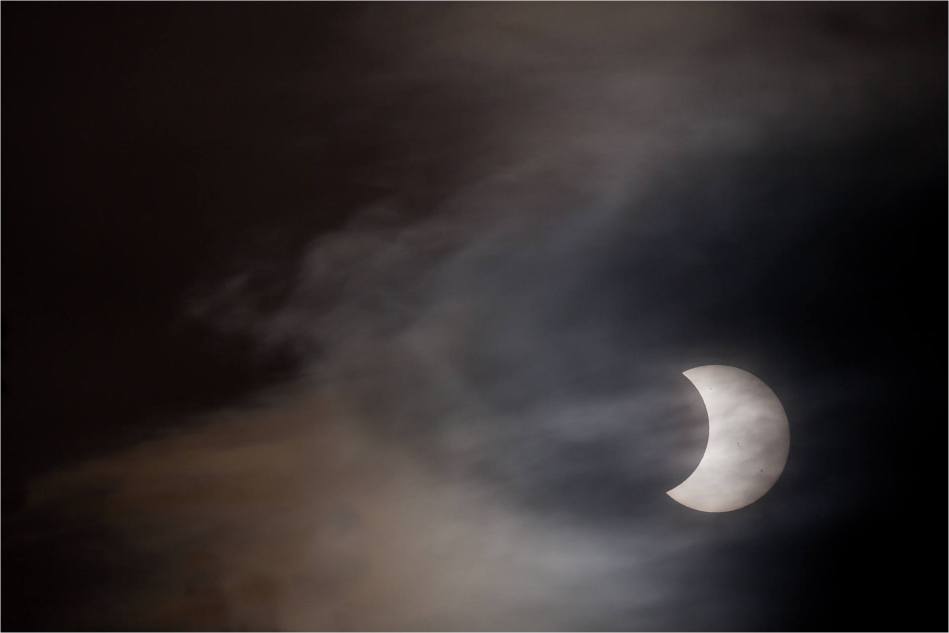 The moon gave it a great try but from our vantage point just west of Calgary, it just missed blocking out the sun this evening.  This was in no way a failure on the moon’s part, just our position in the universe relative to it and the sun.  As it was, the crescent created by the moon swinging in front of the sun was very impressive. 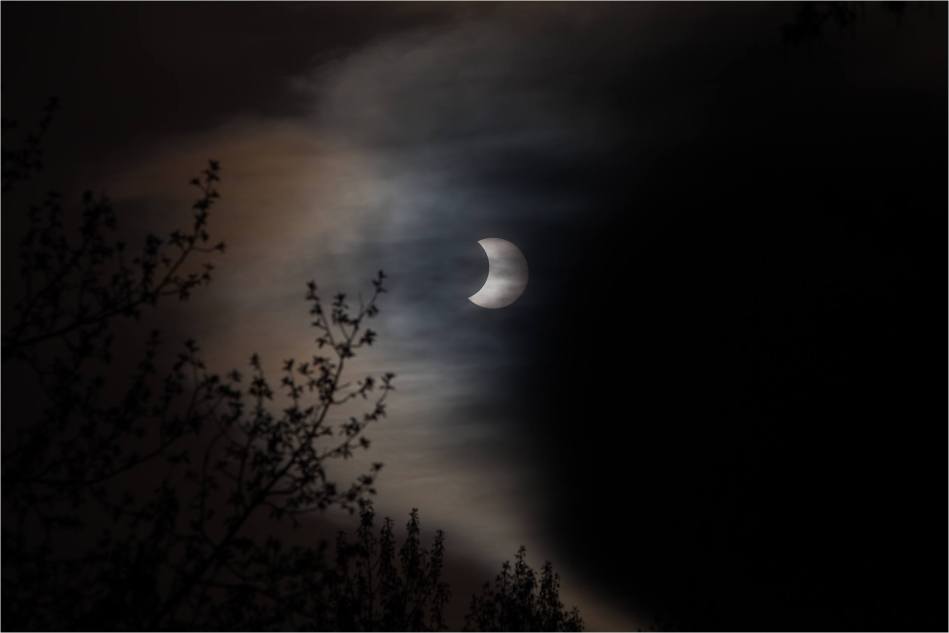 There was haze in the sky which worked well with the dark glass I had piled on to drop the bright sunlight as much as possible.  When a thick cloud pulled above the horizon, I thought it might be too heavy but the colors and textures were amazing. 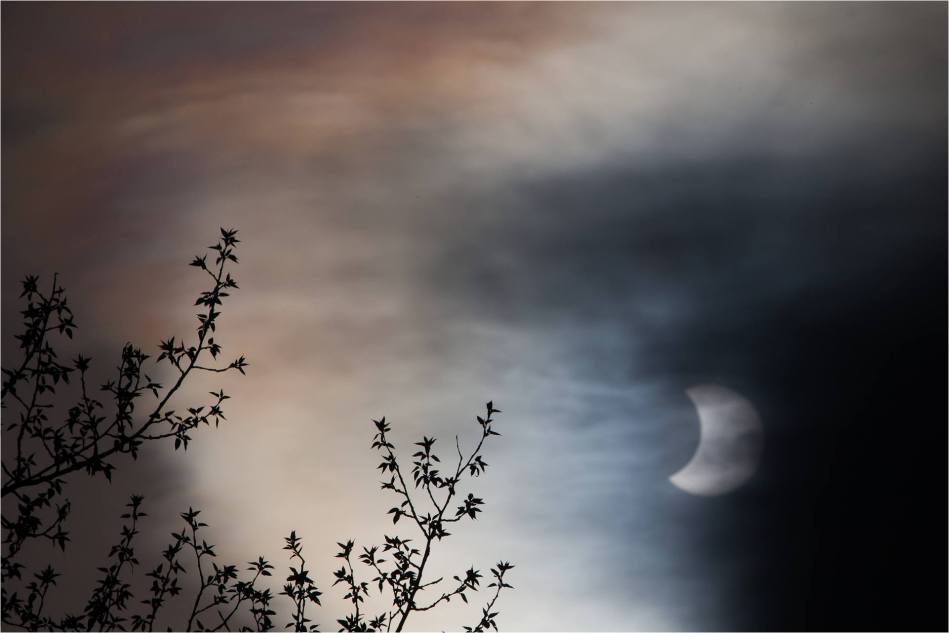 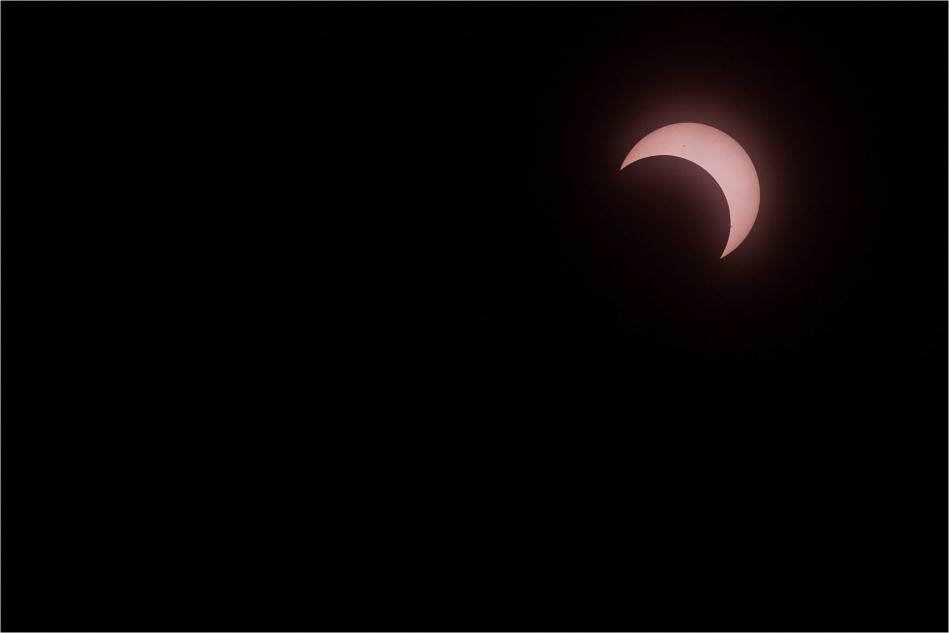 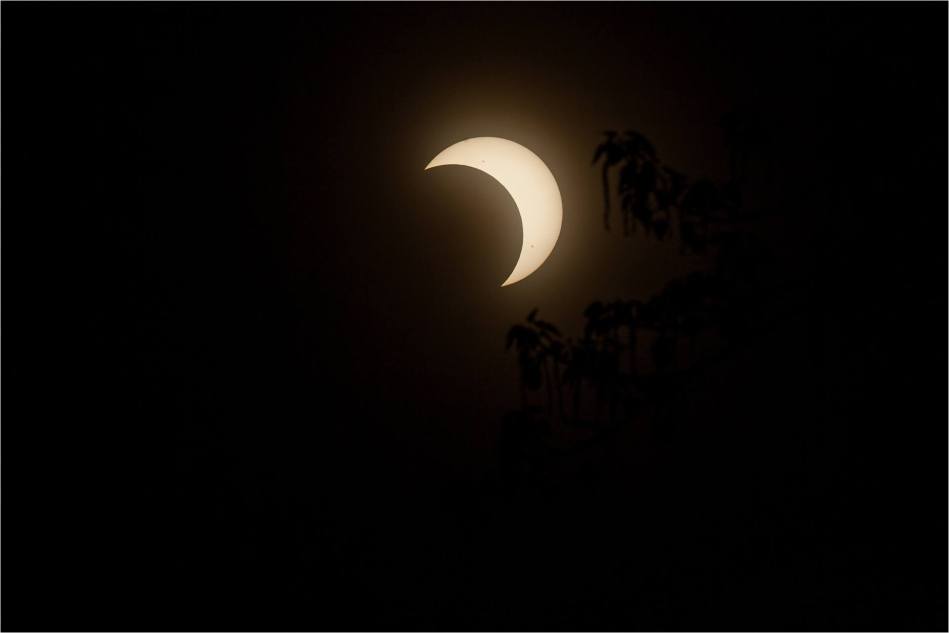 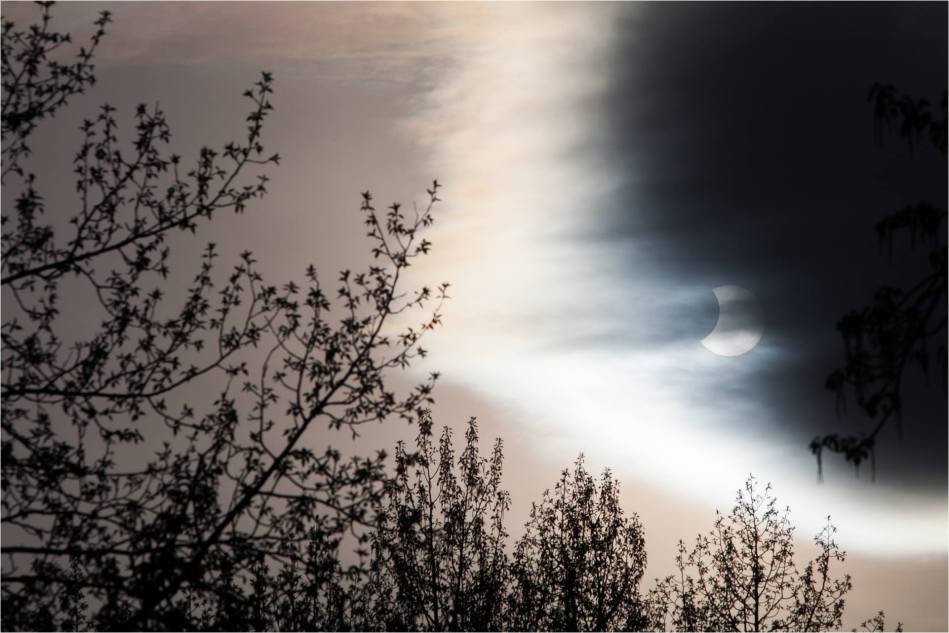 At this point I thought the moon may move into position in the ring of fire.  I hadn’t looked into this solar eclipse much so I did not know if we were in the right location.  It was exciting to watch the sun and moon approach.  When the moon swung away, it was still great to watch. 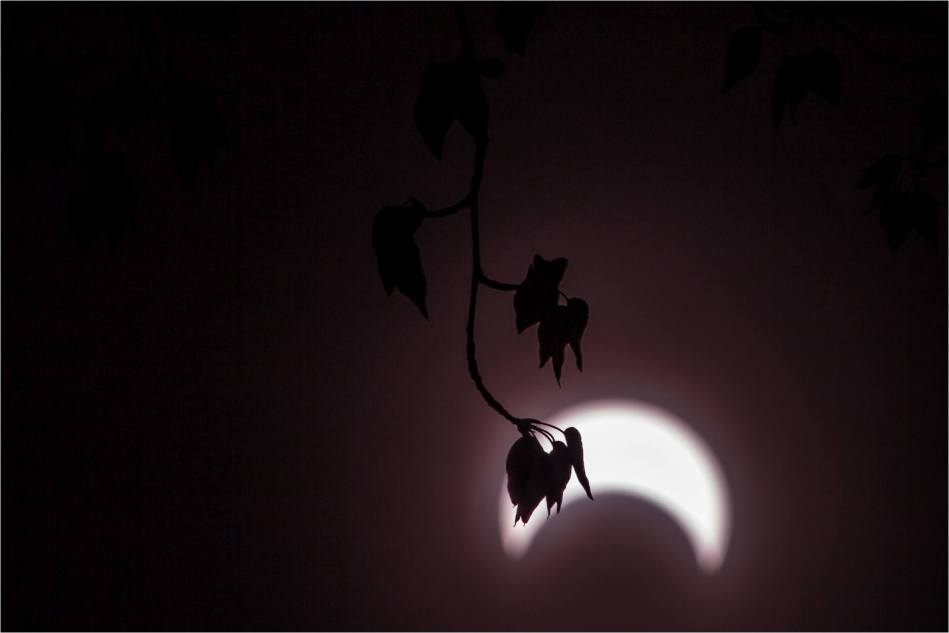 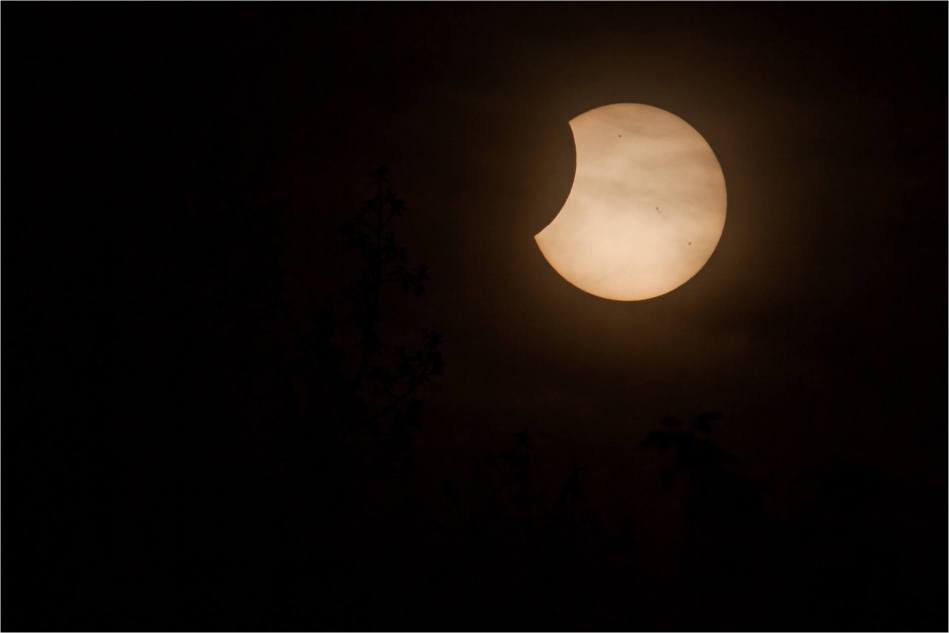