Driving home through Millarville last weekend, I hoped to see a great gray owl along the edge of the forest that skirts the road toward Bragg Creek.  I had my camera beside me and my girlfriend and I kept eyes peeled for them on fenceposts or perched in the trees.

We found one amid a snow storm.  It was not in a stop friendly location so I took a couple of quick shots and continued along. 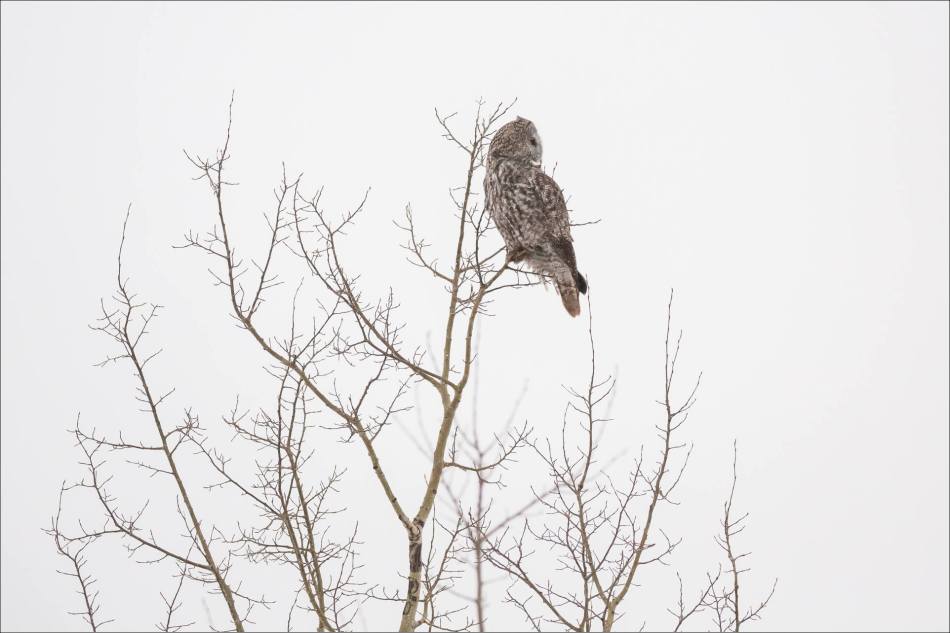 Happily, another one was waiting a few miles further along.  This one was watching over a field and was kind enough to have chosen a tree that was across from a small pullout.  We had time to point out the owl to the kids and for me to put a long lens on it.  After a few minutes, it launched out over the field and I had some good flight opportunities.

It had been a few months since I had seen a great gray owl so I was thrilled to get to see two that evening.  I’ll have to make sure I retrace my steps there again soon.