The hoar frost a few days ago was met by ice fog in the morning.  I was along a gravel road when I first saw a soft outline in a field.  A little further along I found several cows around a swampy pond.  The cow above was close to the fence line and I was able to make a nice portrait with ice clinging to the hide.

Bighorn in Jasper – a portrait 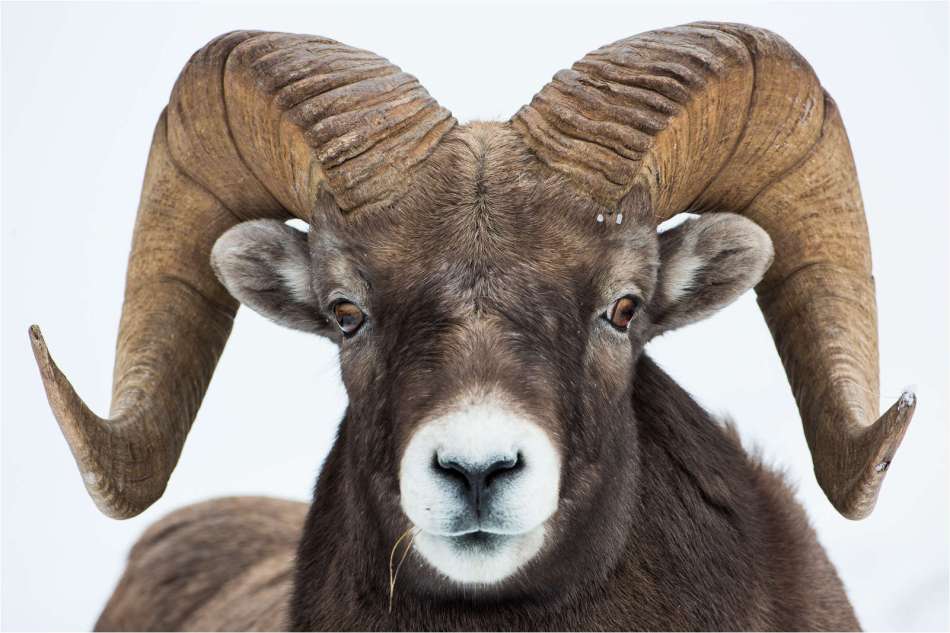 Today was a great first day for the workshop I’m up in Jasper for.  The workshop is led by John Marriott and it has been great picking up some of his vast knowledge of animal behaviour, tracking and anticipating a better moment.  Over the 11 hours we were hiking, driving and scouting in the Greater Jasper area, we tracked several moose and wolf trails.  That was really great – it didn’t deliver us onto either of these animals but such a good opportunity to learn.  We did find many (many, many) groups of bighorns scattered around, a couple of elk encounters (one herd and a couple of individuals) as well as a few deer here and there.  It was the Bighorn sheep that captured most of our attention and we spent a couple of hours on a slope where roughly twenty rams had assembled as we enter the front side of the rut.  We waited for the head butting but they weren’t in the mood.  It proved to be a wonderful opportunity to watch their behaviour and photograph subtle behaviours.  This male typified the braggadocio of some of the larger rams.  It was a really good day.

A portrait I made of a good friend when a group of us were out golfing. 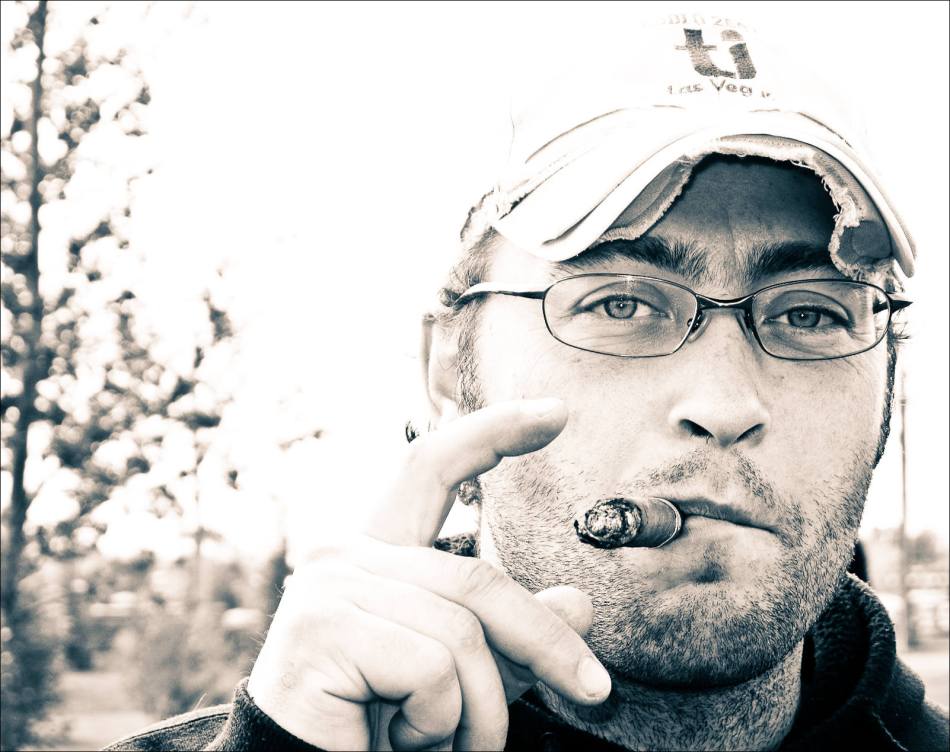