Dolphins at play in the waves 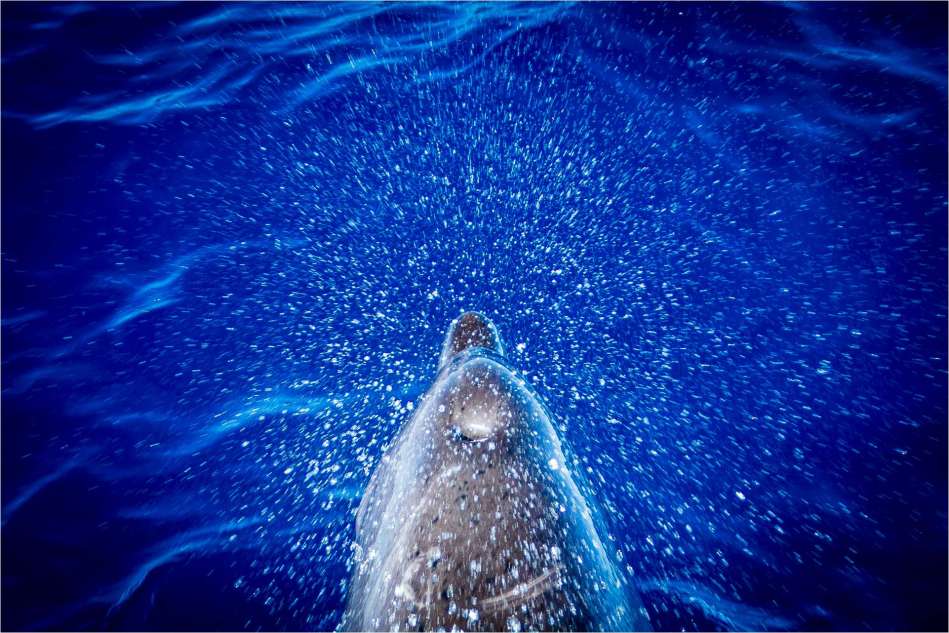 When I was on a catamaran sailing along the Na Pali Coast we had a close encounter with a small pod of dolphins where they swam alongside for several minutes. I loved watching the deceptive power in their movements. The cat was under full sail and the dolphins seemed to expend little effort to speed past the bow and slip in and out of the waves. 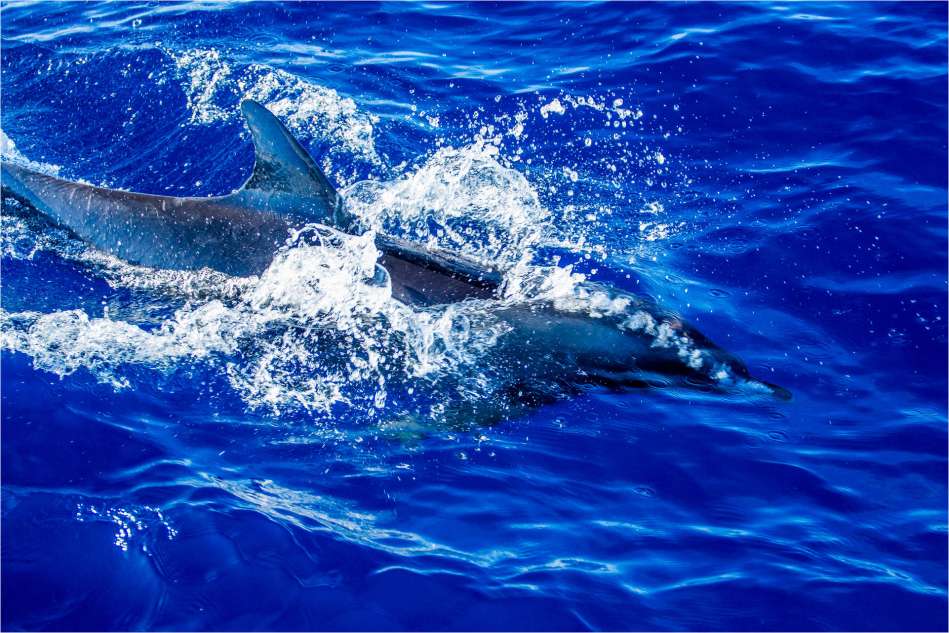 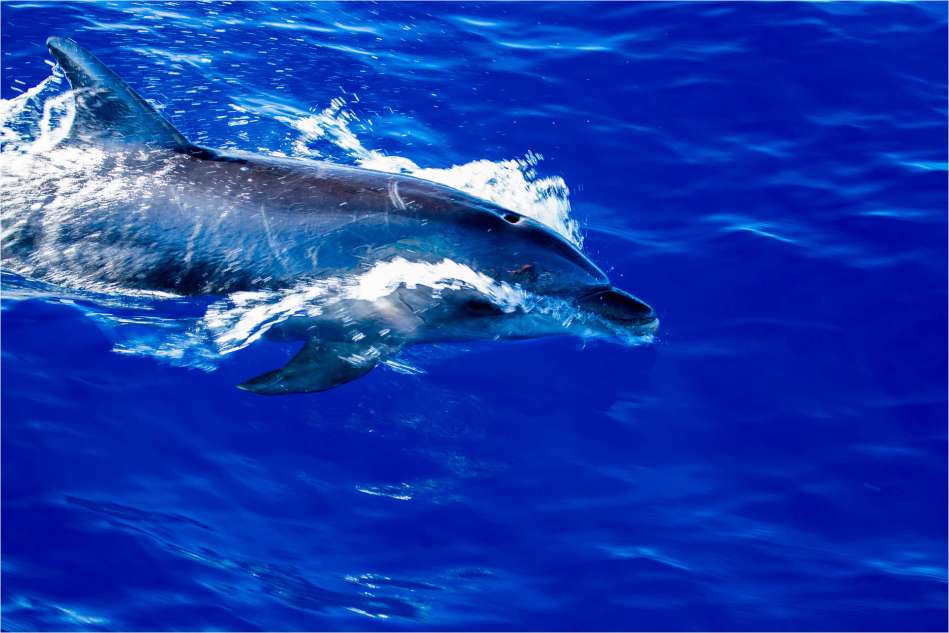 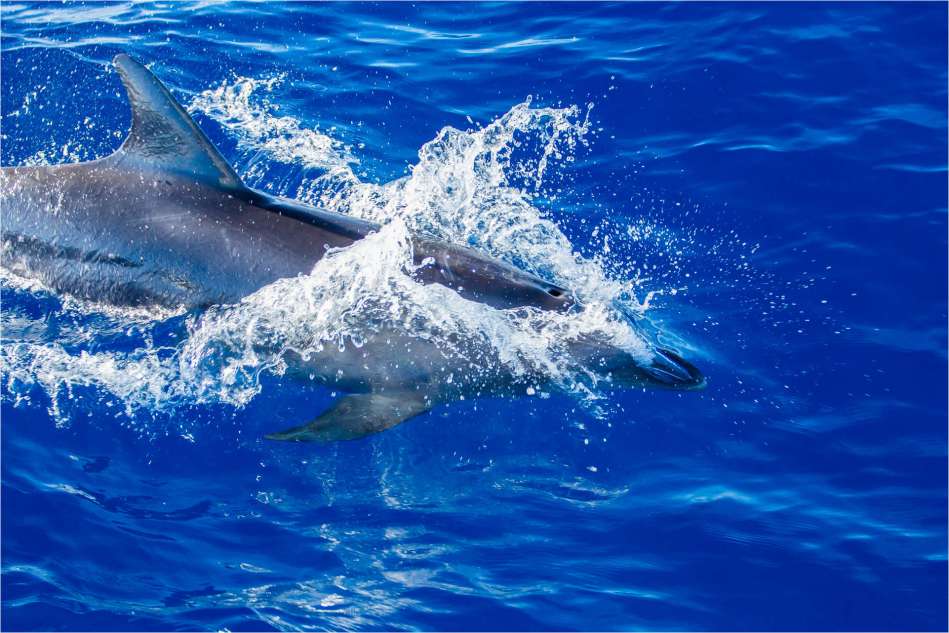 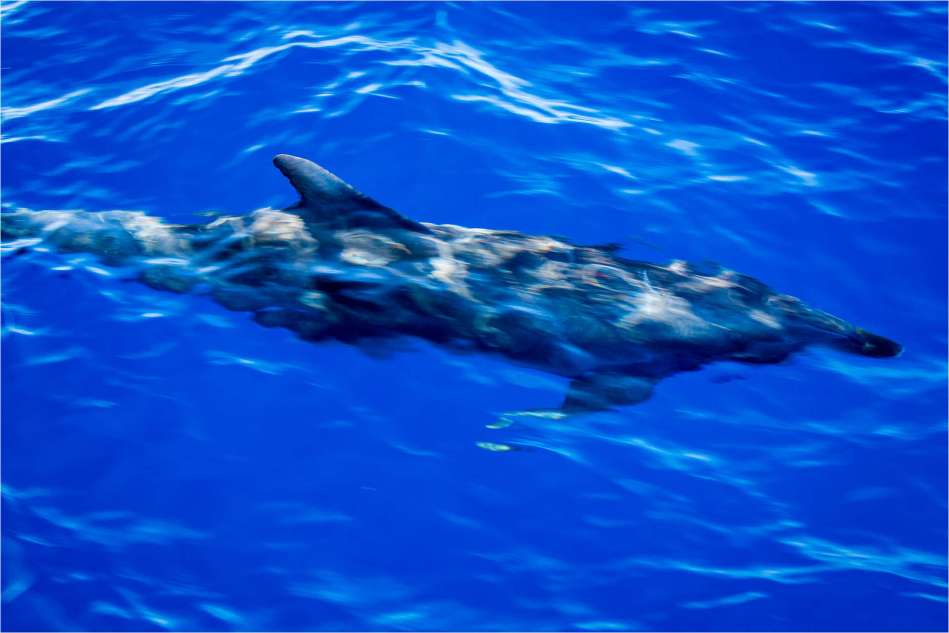 On the return trip to the harbour, close to the first visit, a couple more dolphins (different I think as they seemed to be gray coloured versus the blue bodies of the first ones – although that could be a change in the light) came by and this time had a couple of humpback whales with them. The dolphins get very excited when the whales return for the winter and the two species are often found playing together and generally hanging out together until the whales head off around the globe again. The whales did not make any spectacular breaches but I felt no disappointment as just seeing them in their waters was magical. 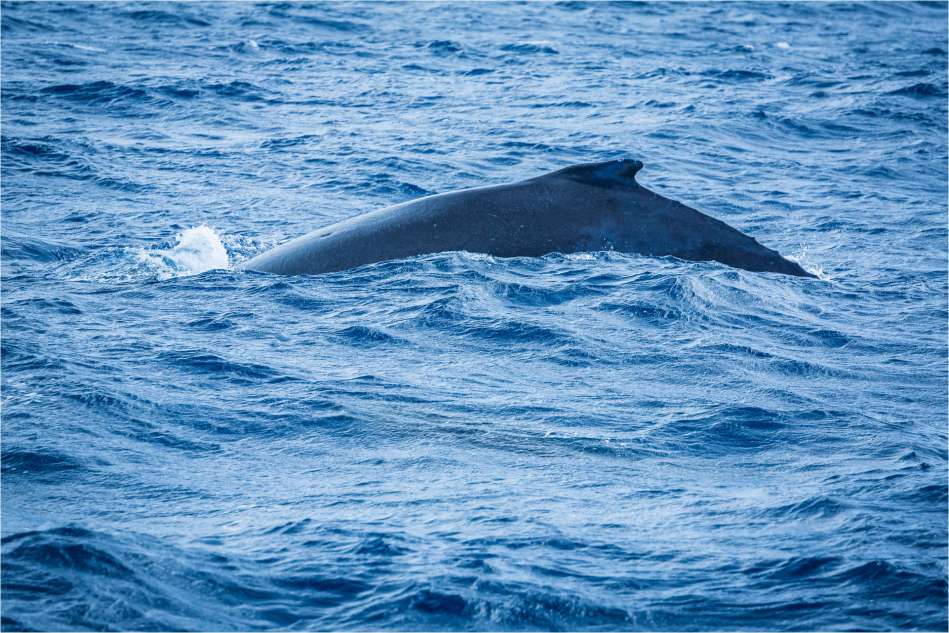 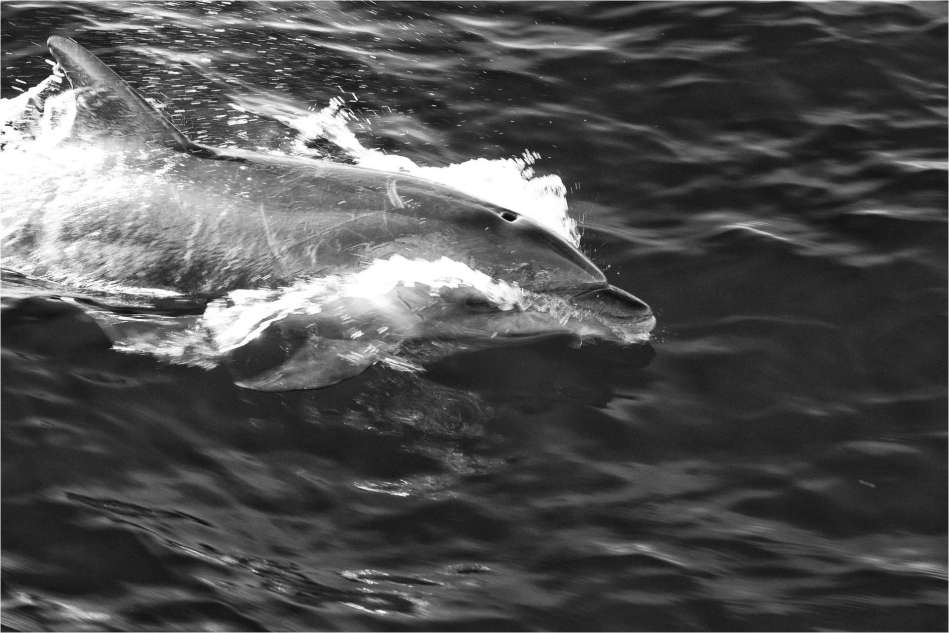 A dolphin slices through the waves of the Northern Swell off Kaua’i, Hawai’i.  I was on a catamaran and the dolphin had no trouble keeping up