(click on an image to open a higher resolution version)

When we were in Cabo San Lucas the first week of December, Bobbi and I both went out on whale watching trips.  Whales found Bobbi less than a mile out of the Cabo San Lucas Marina while I had a longer travel along the Pacific coastline before sighting one active Humpback.  We both had long encounters with these magnificent animals.  Our children had enjoyed the dolphin swim the day before but were not excited about the whale watching.  So one parent went out while the other patrolled the kids at the pool and beach.

While we went on separate excursions, we went with the same operator and were both similarly impressed.  Whale Watch Cabo runs their tours on Panga boats, low to the water and great sight lines for everyone on board.  Every tour they run is led by a marine biologist and a local captain. It was nice to hear more information about whales and other local ocean wildlife during the trip.

We enjoyed a close look of the Sea Lion colony and the groups of birds around Land’s End.  Then headed out onto the open ocean up the coastline of western Baja.  On my tour, we found an energetic whale and it was incredible to watch three separate breaches and numerous airborne tails.  Bobbi and I both had great times and thank Janneke and Peter, the owners of Whale Watch Cabo, for making our trips very memorable. 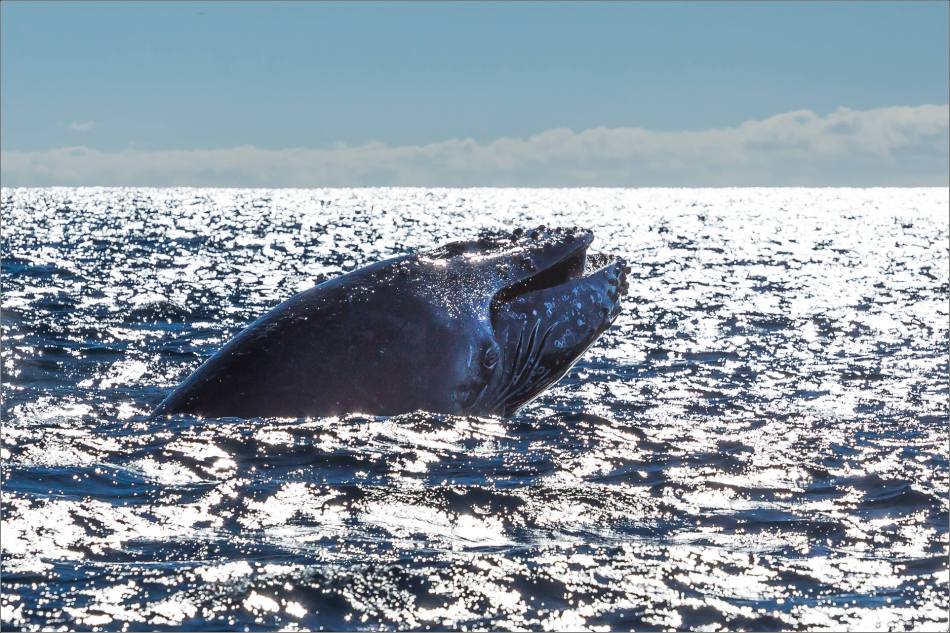