An evening with Grizzly bears in Yellowstone 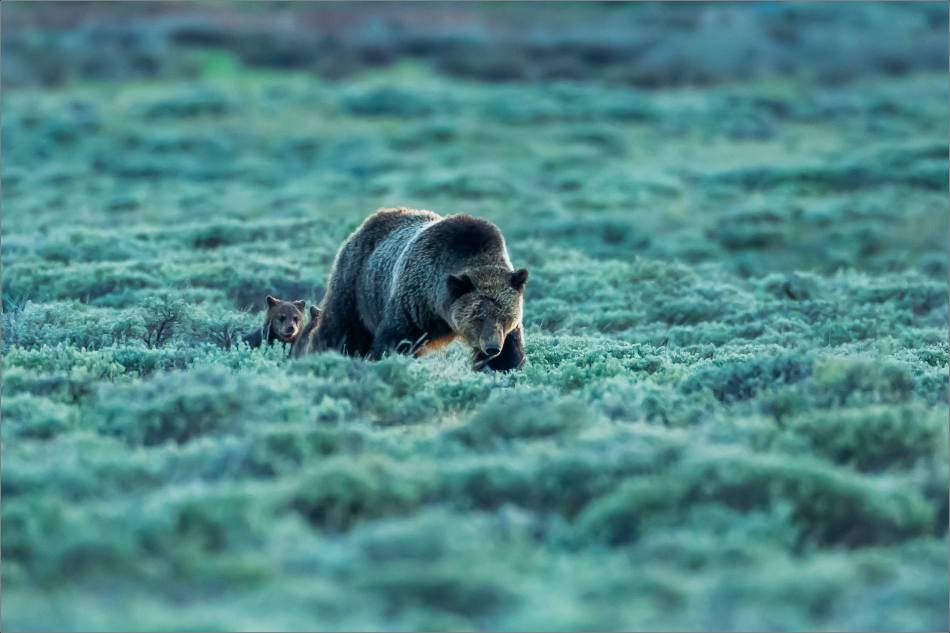 The second time I crossed paths with this family of Grizzly bears it was deep into dusk.  I spotted the mother in the hill above the Swan Lake Flat about an hour earlier but quickly lost her and the cubs in the rolling slopes as they made their way down. 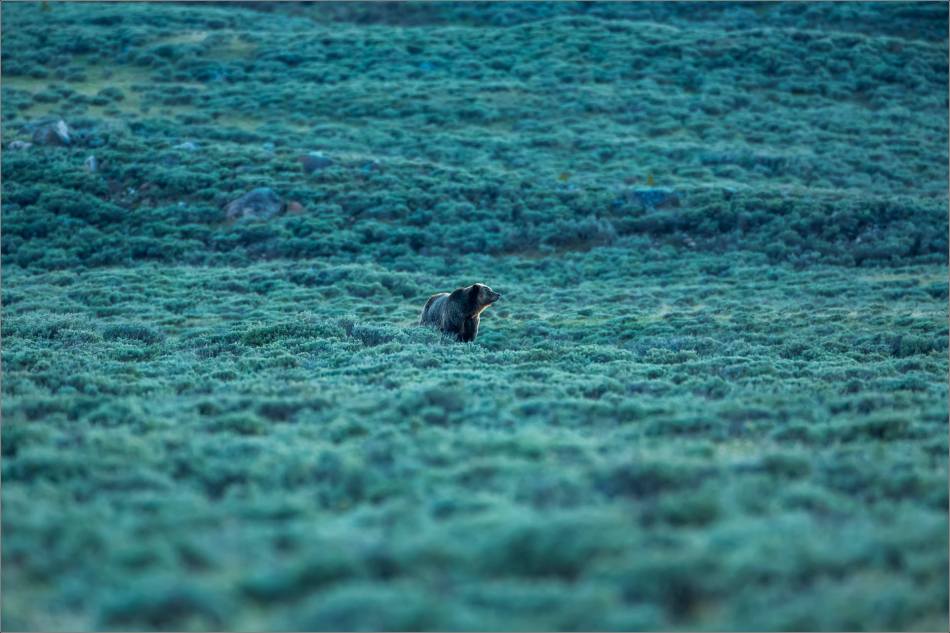 When they did appear it surprised me how close they got before I saw them.  Knowing the size of an adult Grizzly, it showed me how high those hills are.  The trio walked and grazed, with he twins play fighting along the way, towards the Grand Loop Road eventually settling about 150 metres away.

The failing light made photographing the bears a fun challenge.  The golden halos created by the glow from the western horizon being caught by the hair in their coats was amazing.  That alone was more than worth the wait.

They moved parallel to the road for about 20 minutes before heading back into the hills. 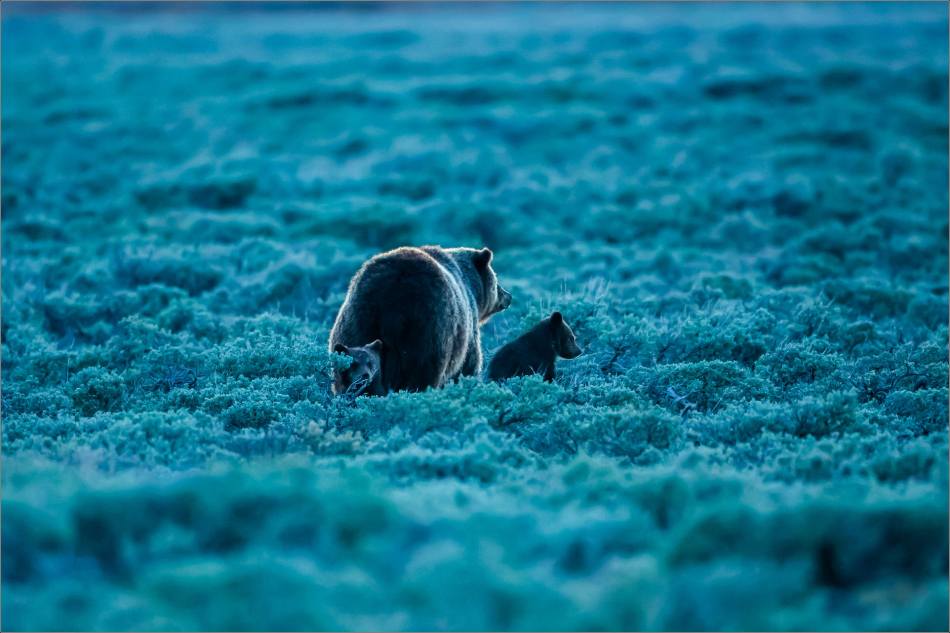 A family of Grizzly bears in Yellowstone

This mother Grizzly bear brought her cubs down to this sage brush meadow on the Swan Lake Flat above Mammoth Hot Springs several times in the four days that I was in Yellowstone National Park.  Two of those walkabouts coincided with me being in the area so I was able to watch them for a couple of hours in total.  These photographs are from the first encounter in the evening on May 20th. 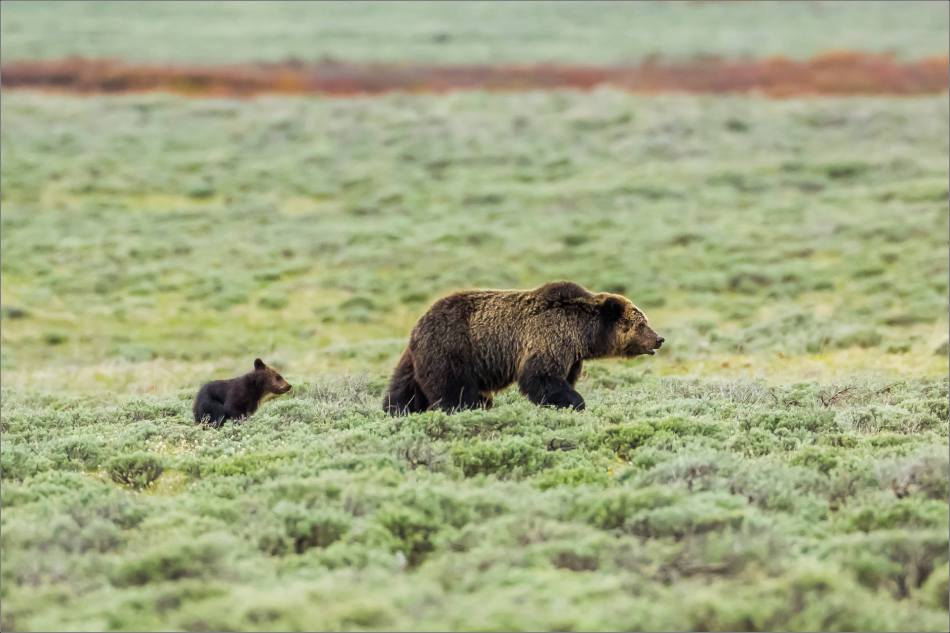 The twins were playful.  Carefree knowing their mother was watchful of the crowds that invariably developed along the Grand Loop Road as well as for any Grizzly males who might cross their path.

The mother had a lot of character in her face, with a bit of a bend in her snout and lighter colouring in the fur in the outer disc. 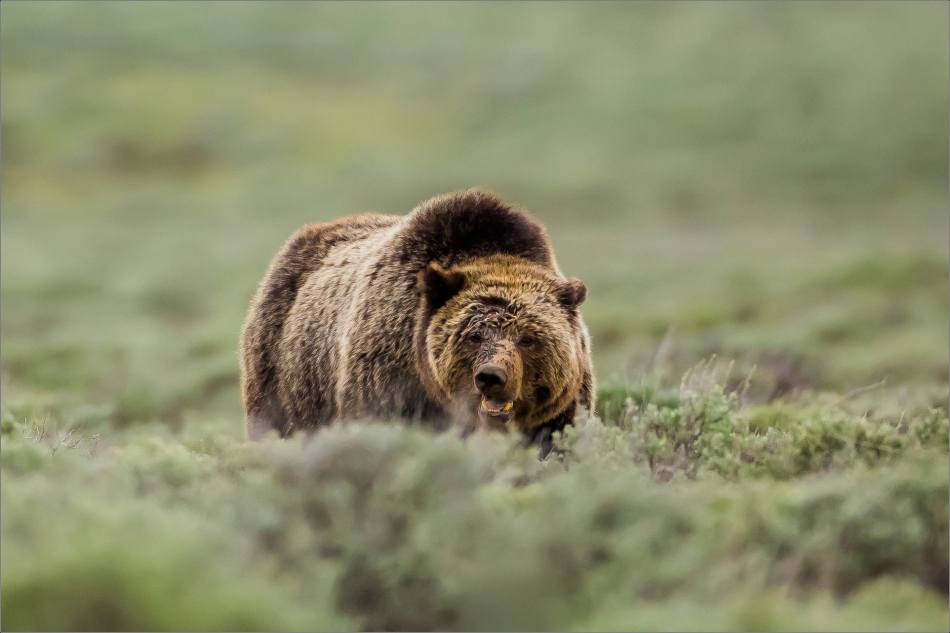 Both cubs tackled each other, bared their teeth and tried on attacks and defences back and forth. 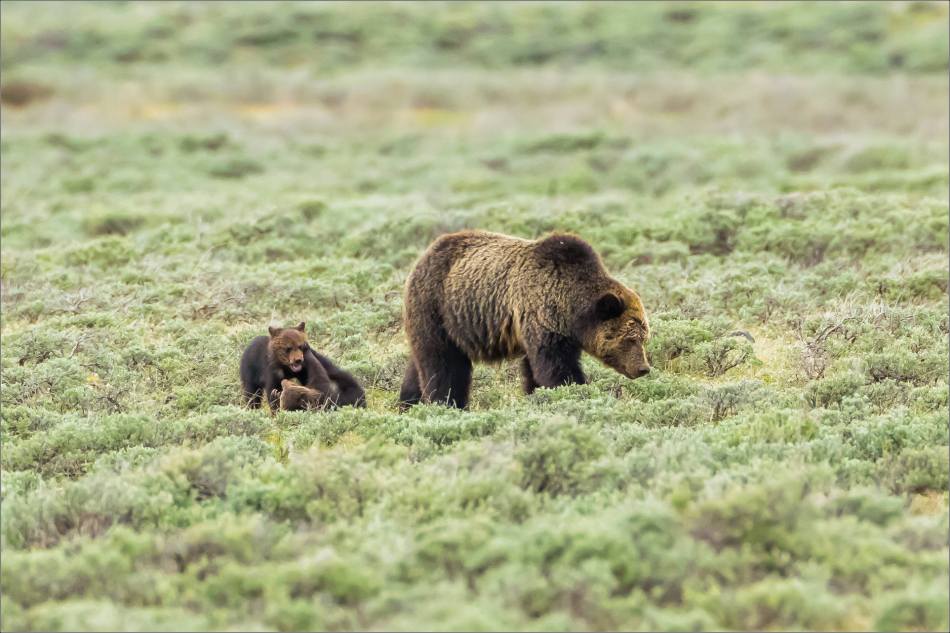 For the most part, momma didn’t mind but when they drifted too far away a huff from her would send them scrambling back to her side.  She was hungry and spent her time digging up roots but did play with them a little bit.

Occasionally, the little bears would stop and watch the people watching them.  I wondered what they made of all of us hugging the edge of the road, lined up facing them. 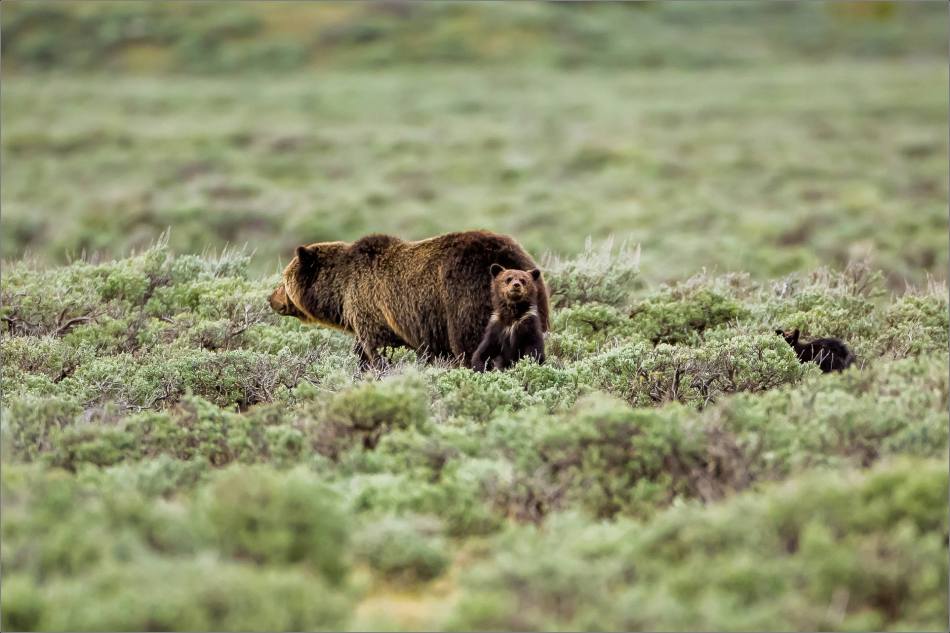 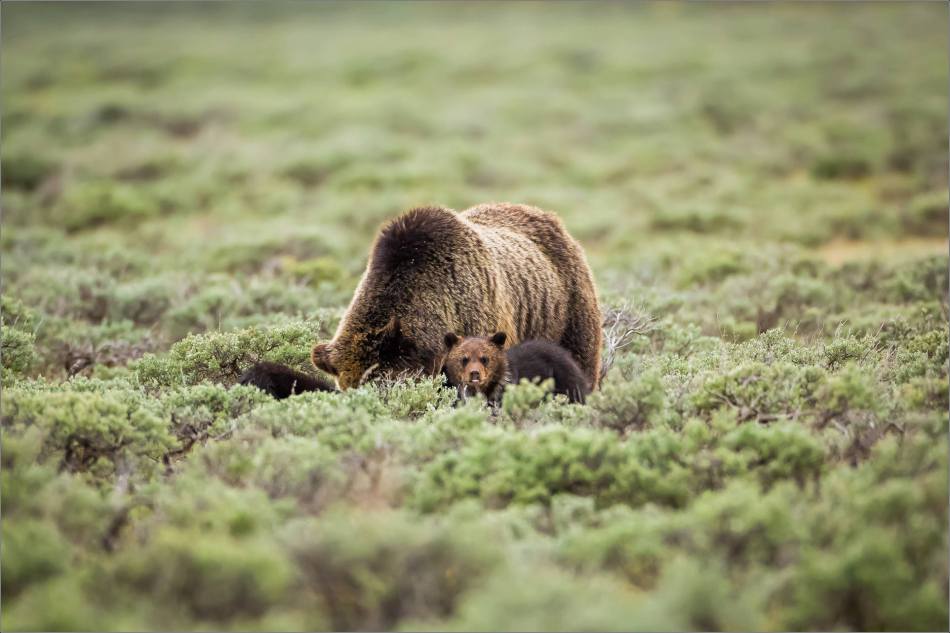 I watched the trio for an hour that evening.  With the shadows lengthening, they moved slowly away from the road into the rolling hills eventually melting into the plateau.  Before then, I took the opportunity to frame them in their surroundings.