I was in the Tonquin Valley west of Jasper last year and on the first evening along Amethyst Lake, I had an opportunity to photograph a pair of forest caribou (R. tarandus caribou).  I had never seen this distinct species of deer in the wild before.  This cow had led her calf down to the wildflower meadows along the shoreline and they grazed with enthusiasm while I hovered around a 100 yards away. 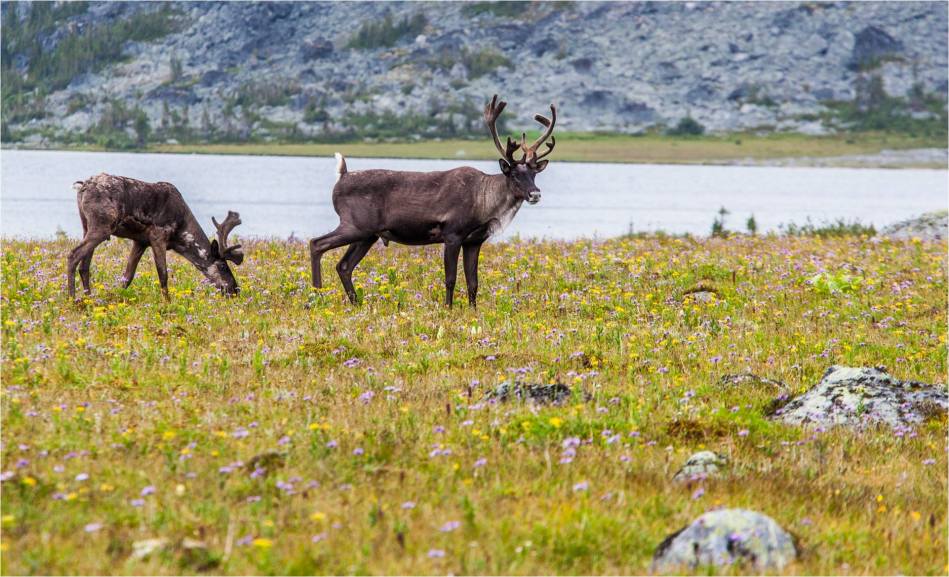 Our guide had said there was a grizzly roaming around the lake under The Ramparts and the caribou were wary as a result.  We didn’t see the young boar until the next day when we were photographing landscapes on the far side of the valley.  We were universally facing south photographing the mountains closing the southern end of the Tonquin as seen below.

I looked around at one point and my eyes caught sight of a large bear shuffling over the field of boulders a couple of hundred metres behind us.  He headed off when he saw us staring his way.  We walked parallel for a while before losing sight of him.  He had picked up speed and swam across a shallow gap and galloped into the trees there.

Another place that I’m excited to return to sooner than later.