Migrating through the Rockies 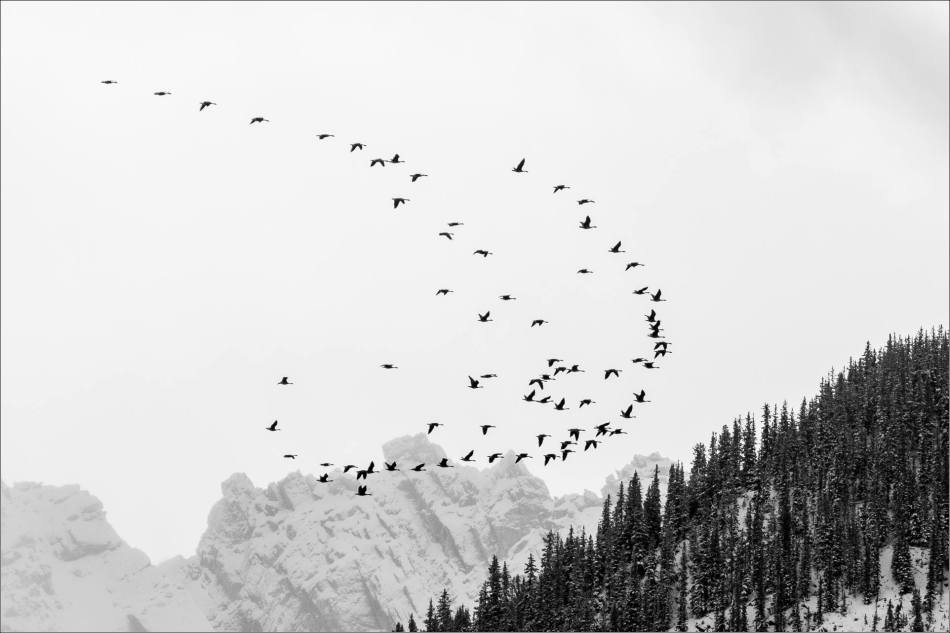 A skein of Canada Geese (Branta canadensis) broke from the standard V formation as they navigated through the Bow Valley corridor.  It may have been wind shear out of the mountains that pushed the birds around but as I watched them rise over a forested hill and bank around a massive peak, I had a notion they were playing as they flew along.  Very likely just my imagination having a bit of a run but I enjoyed watching the constantly changing pattern created by their silhouettes against the Banff National Park’s early winter landscape.