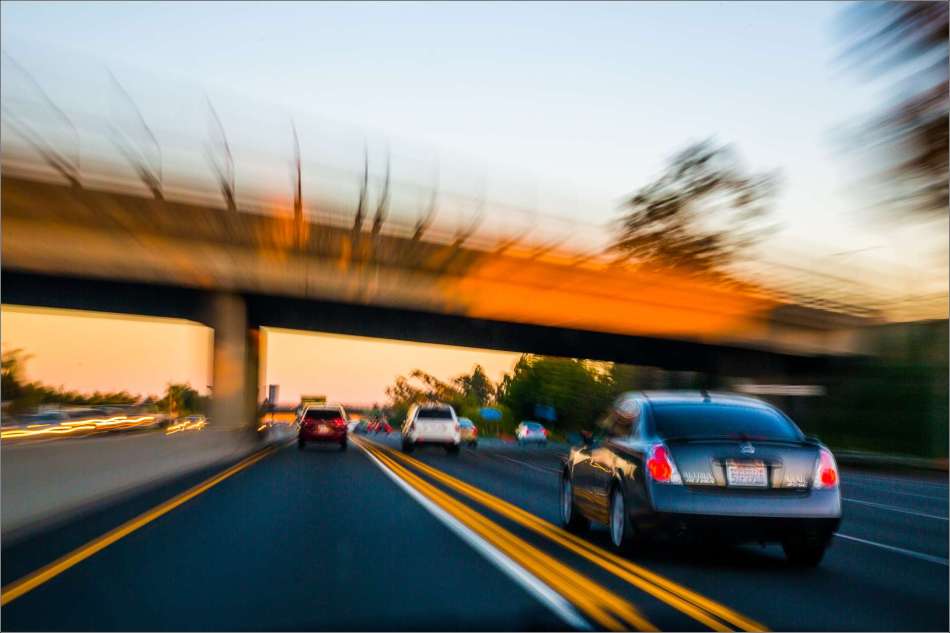 I spent a bit of time as a passenger traversing the interstate freeways that wind through, over and around Los Angeles during our visit there last week.  Along the way, my twitchy camera finger got the best of me and I ended up getting pulled into the patterns and chaos realized with the help of longer exposures.

I like playing around to see what can be created as the landscape slides by.  With dusk falling in, the warm light played well with the colours in the signs and the vehicles.  Lot’s to play with, not much time to do it though.  It makes it easy to not get stuck on any one subject!  I do really like trying to compose at speed and imagine how the image will look.

When we exited onto the Pacific Coast Highway, which is more like a city street than a highway, the speeds slowed down which allowed for more intentional image making in a way.  I liked the sunset image above but grew bored and introduced camera movements to create crazy lines from the lights standing out now against the dark surroundings.  Things started out relatively controlled but then… 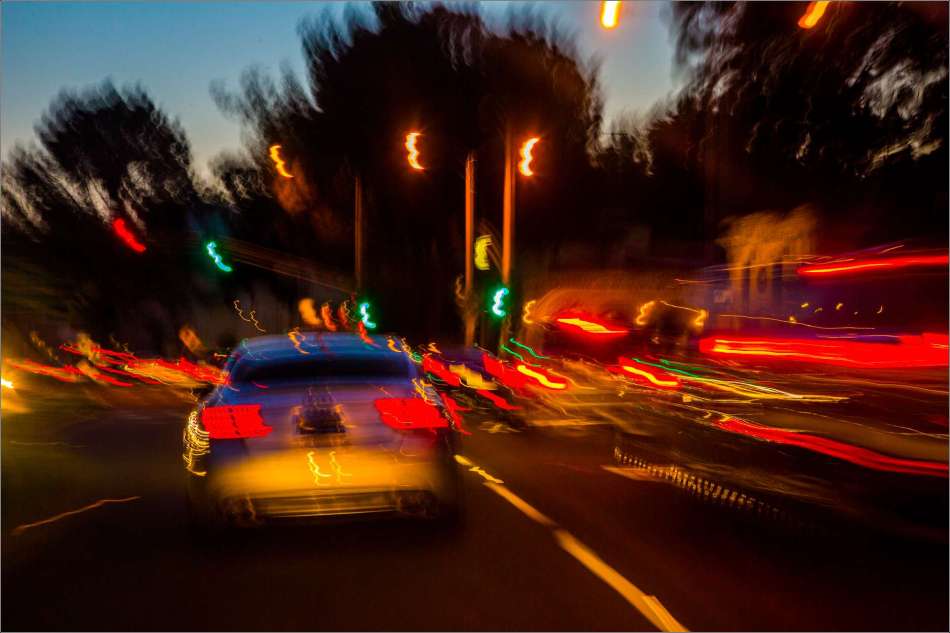 … things got a little more wild before the ride ended.

We caught the last light on the west coast from our balcony overlooking Aliso Beach.