One of our resident woodpeckers was drumming away for a good part of the afternoon a few days ago.  Several Hairy and Downy Woodpeckers have wintered near our home this year.

The long bill of the Hairy Woodpecker (Picoides villosus) was put to good use by this fellow.  He used it to his advantage pecking away at the bark.  I’m not sure if it was idle practice or if, despite the cool temperatures, there were insects to be had. 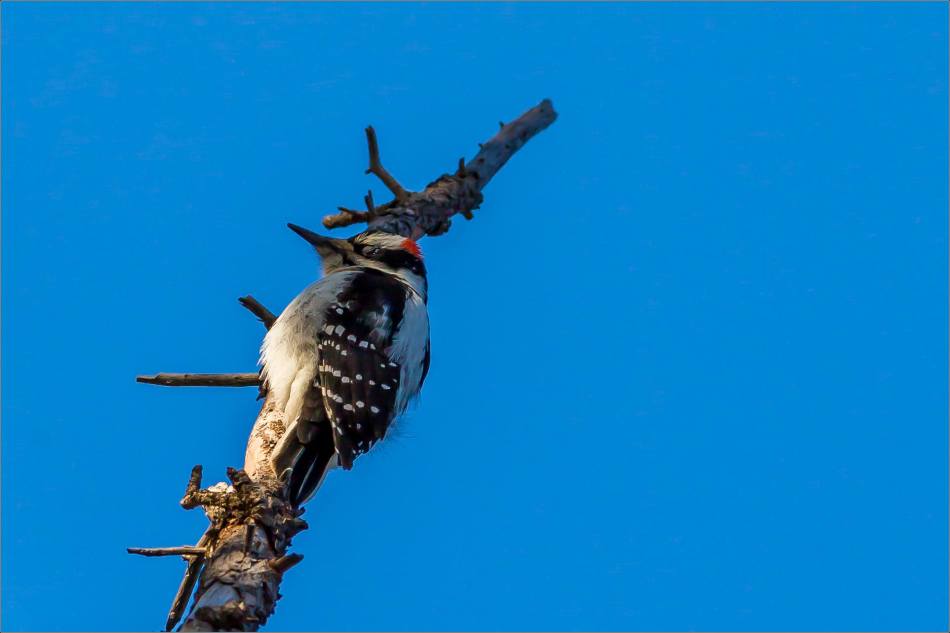 With warmer temperatures coming back this weekend, I hope to see them out pecking again.

We have several woodpeckers who use our backyard as their home base.  There are a couple of Downy Woodpeckers and up to five Hairy Woodpeckers that hammer the tree trunks throughout the day.  A couple of days ago, this male, denoted by the red stripe, Hairy Woodpecker (Picoides villosus) was working away at this jagged tree top and was unconcerned about being photographed.

Their tongues are really long but, unlike a dog’s tongue on a hot day, are not long in sight.  It was a nice bit of luck to get a couple of images with the tongue visible.  Above, his tongue was pretty close to full extension.  Well suited to catching insects hiding under the bark and in the crevices.

He worked his way up the tree (though it looks more like a branch) and having exhausted the supply of critters that suited his palate, he flew on to one of the larger aspens across the yard.  I liked this crouching pose I caught just before he launched.

Hide and seek with a woodpecker 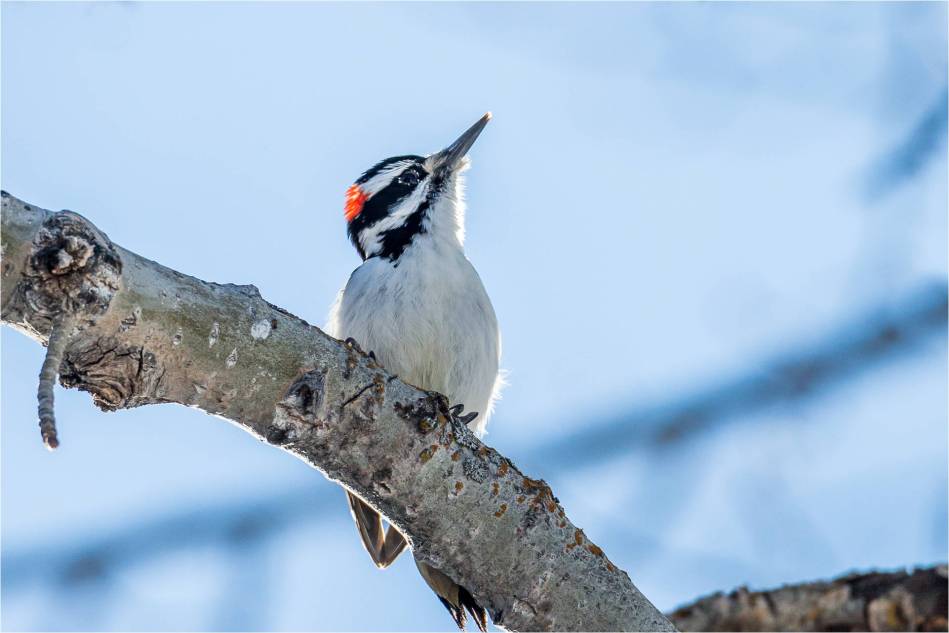 We have two types of woodpeckers that visit the trees in our backyard.  The Downy is the smaller of the two but they are very similar looking otherwise.  The Hairy woodpecker is a beautiful bird and I watched one of them as it pecked at tree trunks for insects under the bark.  They like to hammer one spot for several seconds and then move around the tree or off to another trunk.

As this one flew around it felt like it was playing peek-a-boo with me in between hunts.  Another good encounter in the backyard alongside the Black-capped chickadees and the Common redpolls. 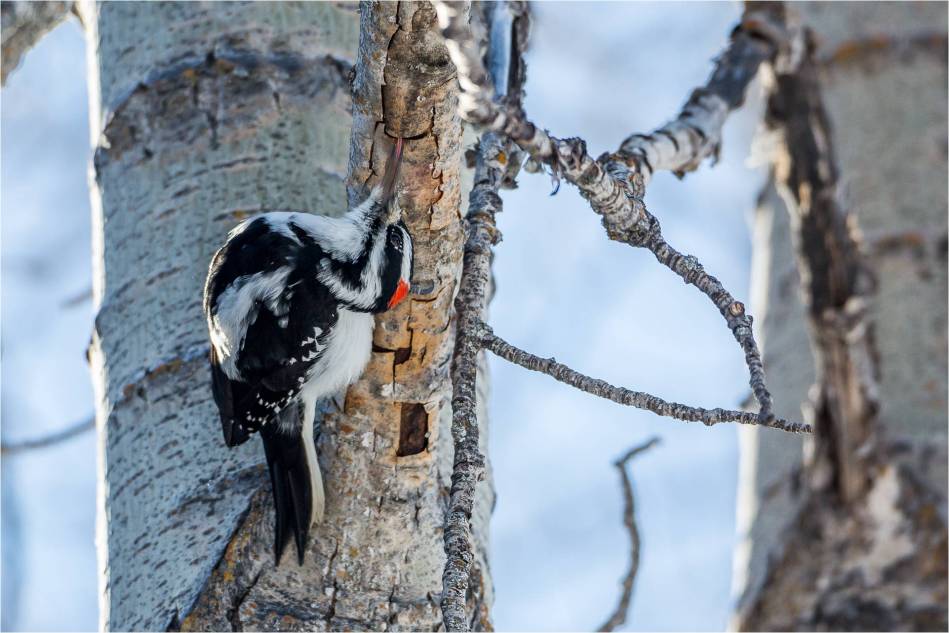