Eagles in the Elk Valley

We were in Fernie a couple of weeks ago and on the drive home found a few Bald eagles who were flying around a carcass that had been pulled a few hundred meters off the highway.  They scattered when we first stopped but came circling back around the trees and back to the easy meal.  A nice break during the lean winter months. 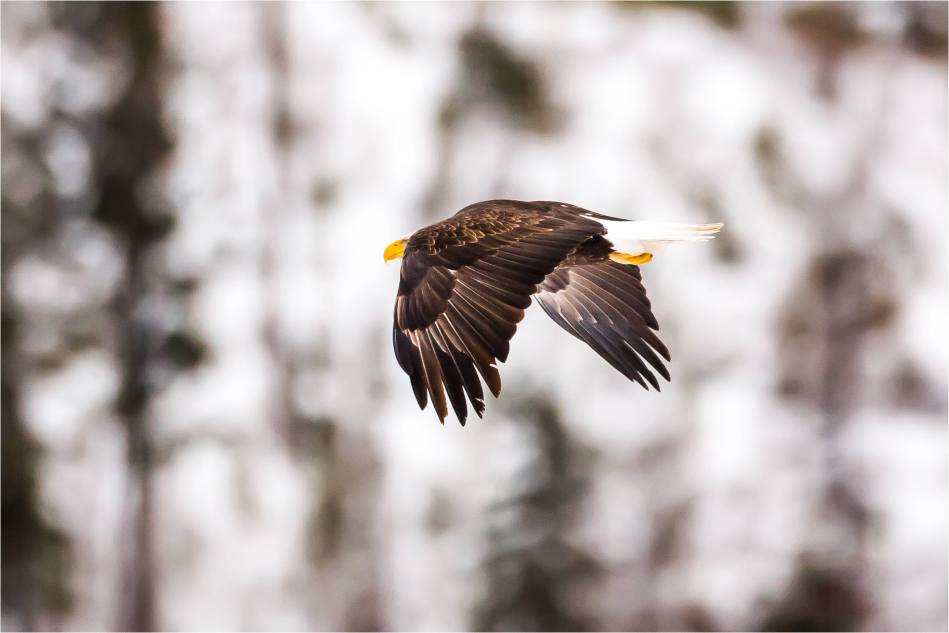 Canada Geese (Branta canadensis) are busy looking for good nesting spots in the Elk Valley and I enjoyed watching them flying along the river when I was in Fernie during Easter.  In urban areas, they border on being a nuisance in many people’s mind, I don’t see them that way.

Particularly when they are in flight in a wilderness setting, I find them to be a wonderful animal to watch.  The variation in the weather on the morning I spent photographing along the Elk River didn’t hurt the imagery at all.

There was fog and light rain in the morning which burned off early leaving sharp light and blue skies.  The forest along the river provided a beautiful backdrop as well.  I had fun with all of it.

Spring with Robins in Fernie

Although Fernie is in the heart of the Rockies, it is deeper into spring than Calgary so the visit there over the Easter weekend was great.  Robins have always been a sure sign of spring for me and I found a few hunting in a field during the rain.  This one was particularly beautiful as it chirped away from its perch in a tree by the Elk River. 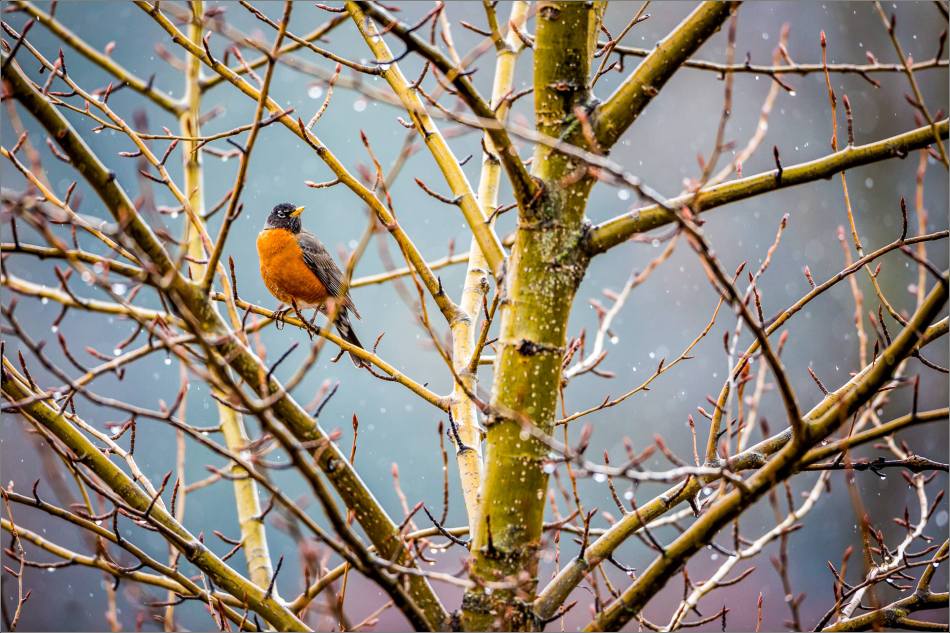 The Elk River runs through a southeastern region of British Columbia’s Kootenay region.  Where the river spills out of the mountains into the Elk Valley, it widens and attracts an abundance of fish which in turn draws eagles, osprey and herons.  On our recent trip to Fernie I enjoyed several walks along the river and was able to watch all of these birds on separate encounters.  On the first evening my nephew Austin and I were out for a walk and watched a Great Blue Heron (Ardea herodias) flying low along the river and land at a shallow stretch.

There was enough light that it worked out well to photograph him flying by and landing.

He landed nearby but spooked when we walked a bit closer so we headed home.  It was the right call not only for the bird but the rain increased from the drizzle to a downpour which we were happy to miss. 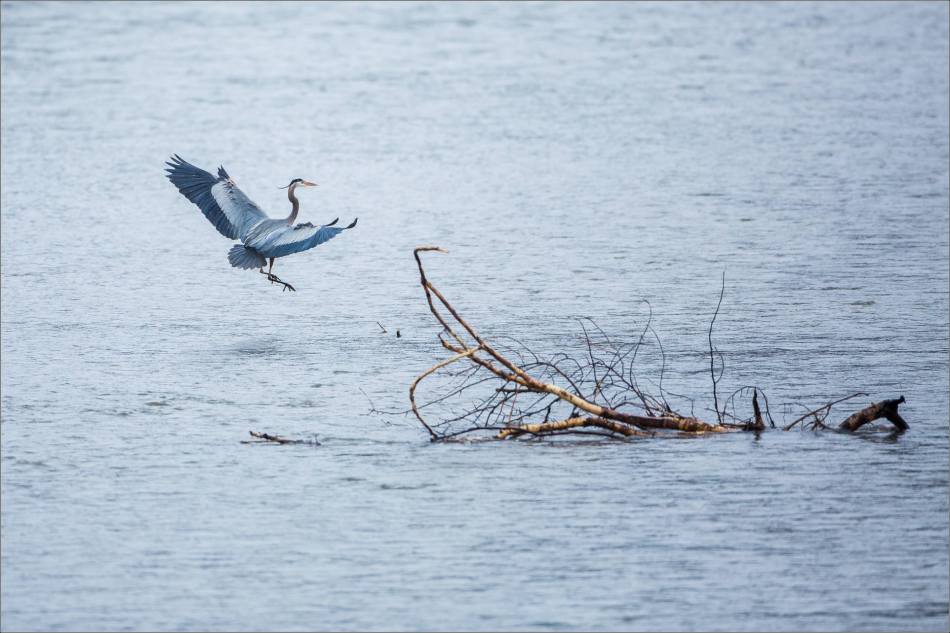 Thanks Austin – it was fun to be out birding with you!

Flying off a red roof

We’re in Fernie with family for the Easter weekend.  We escaped Calgary’s heavy snowfall but the Elk Valley was socked in today with heavy leaden clouds.  Rain, snow and sleet took turns falling through the day which provided a great background with some of the birds I came across.  This raven was a favorite with the red roof providing great color to a potentially weary scene.