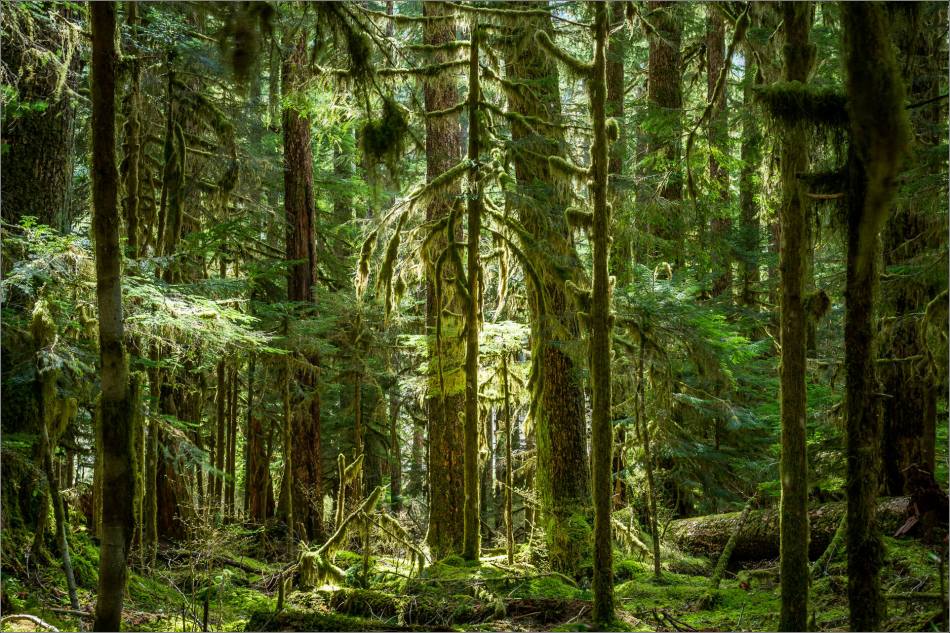 Last April, I was on Washington’s coast photographing in the Olympic Peninsula west of Seattle.  The Sol Duc Rainforest was one of the incredible forests that I spent time photographing in.  I found the old growth with the density of wilderness to be stunning.  It’s a beautiful location to get lost for days.  I had a few hours and look forward, down the road, to get back for more. 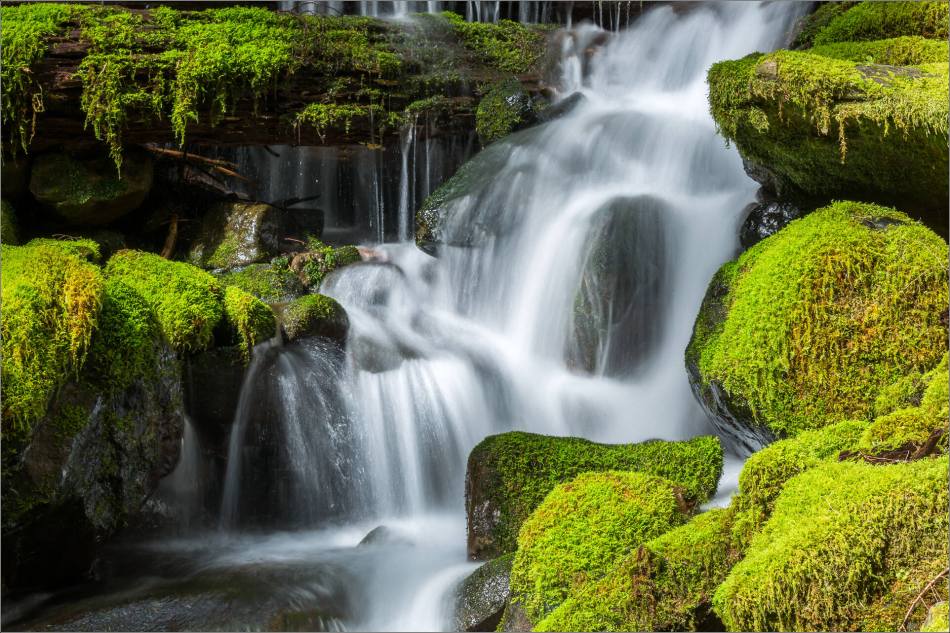 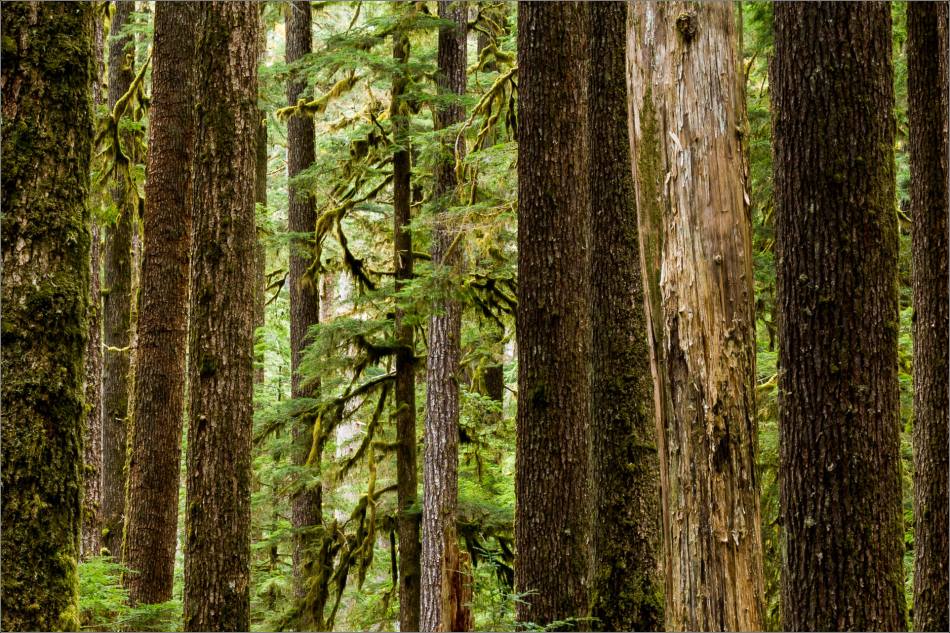 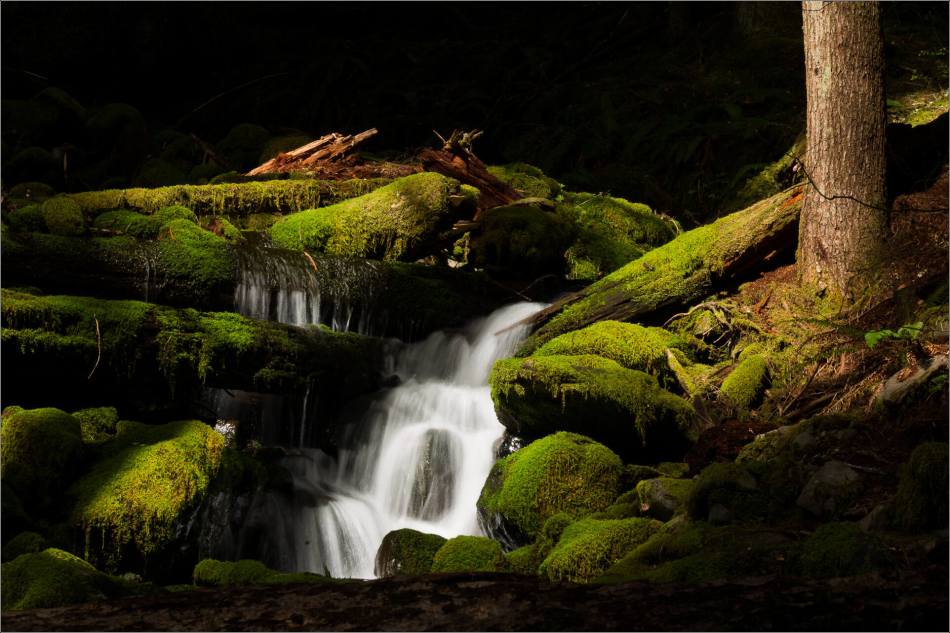 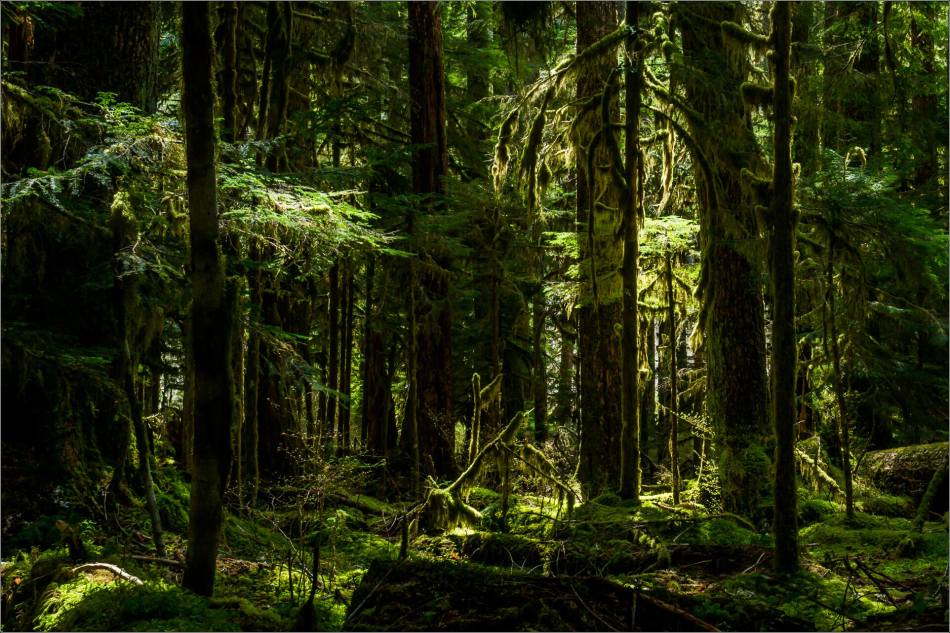 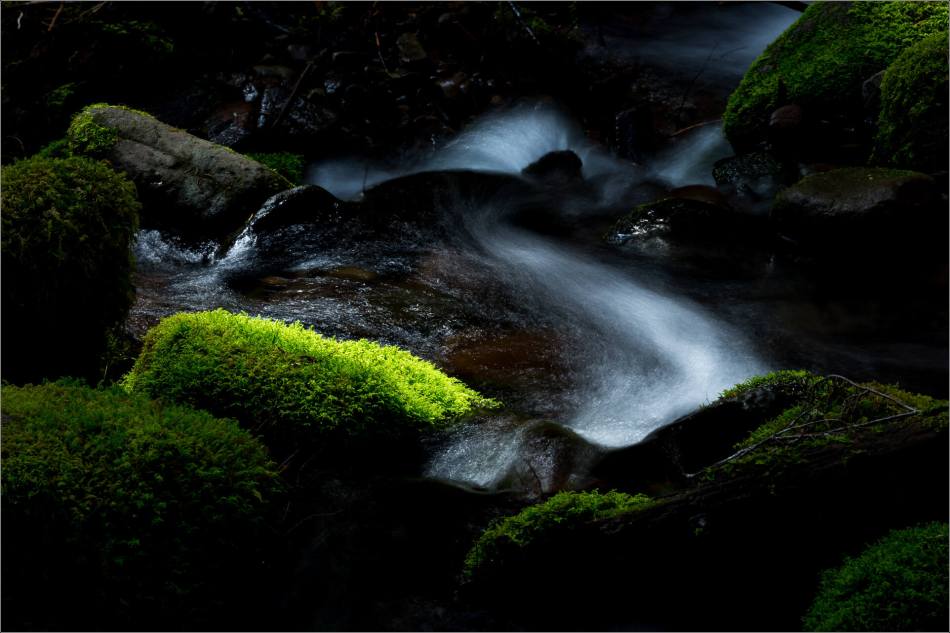 A walk along Second Beach 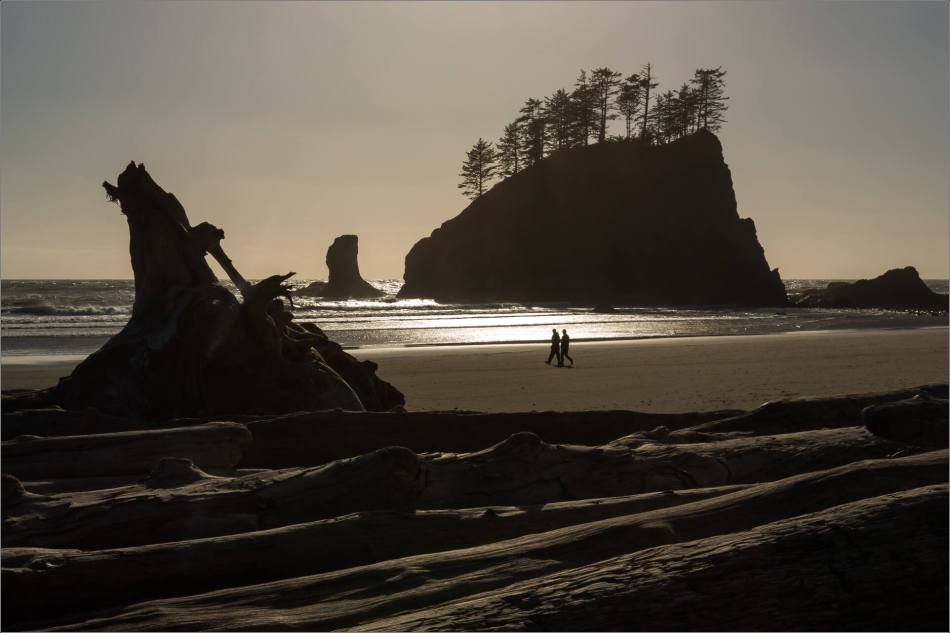 When I visited Washington state’s Olympic National Park in April, I visited Second Beach on one of the afternoons.  This was one of the first photographs after I exited the trail onto the beach.  Shooting into the sun silhouetted most of the elements which helped to isolate these two people as they walked near the water.

Sea spray and the setting sun 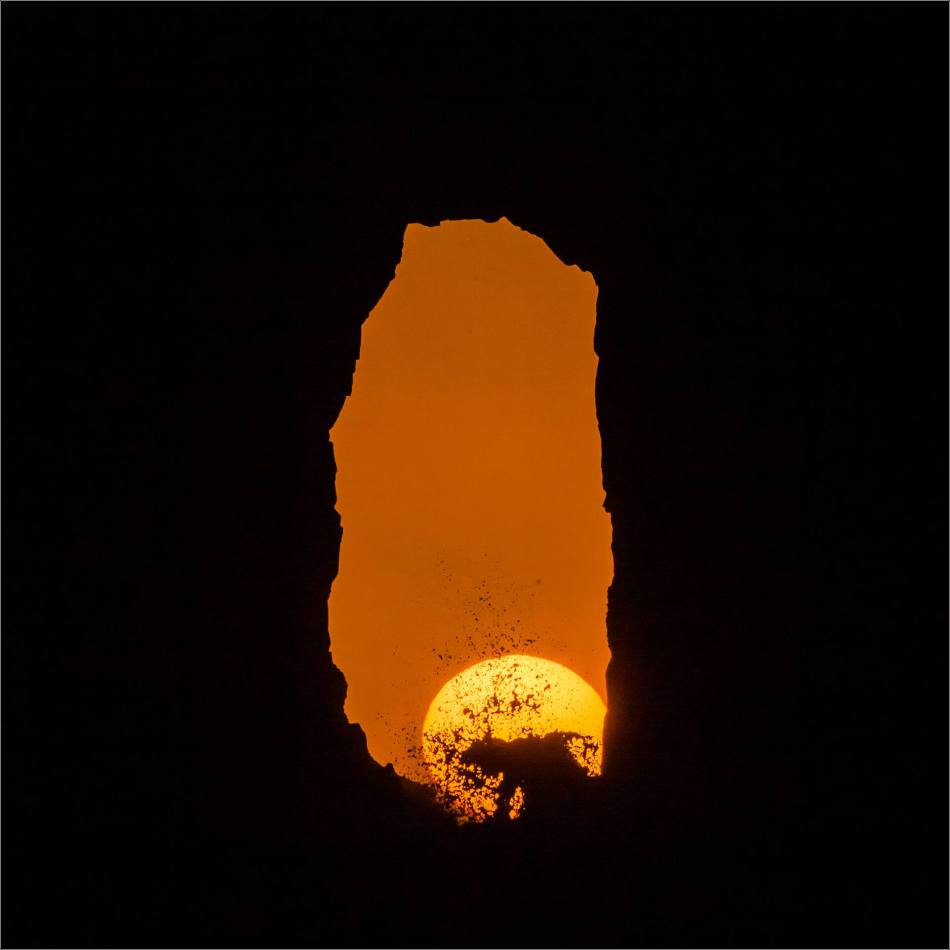 I visited Second Beach on the Olympic Peninsula in April.  It was my first visit to this picturesque stretch of the Pacific Northwest.  Heavy waves rolled in with sunset and I had a great time framing them amid the sea stacks, along the beach and against the rocks.  When the sun was sinking into the water, one wave exploded inside the keyhole.  The silhouette of the spray had me imagining figures and forms.  It was a cool moment to recall a great evening on the ocean.

Port Angeles – the ocean in motion 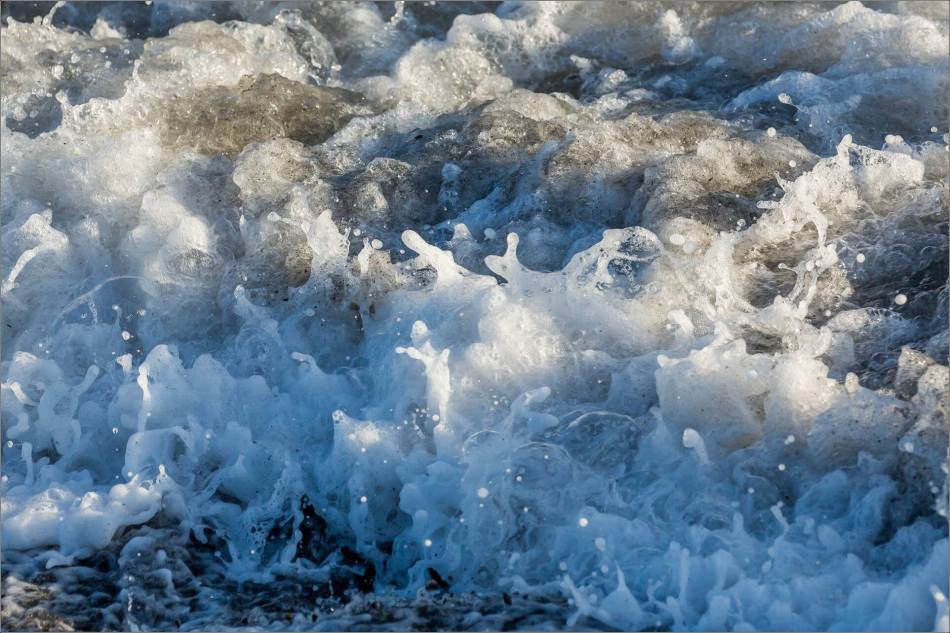 When I was on the west coast a couple of weeks ago, I spent one morning photographing along the Port Angeles shoreline.  It had been a little while since I have been on the ocean and I was hypnotized by the ebb and flow of the waves along the beach.  I always am. 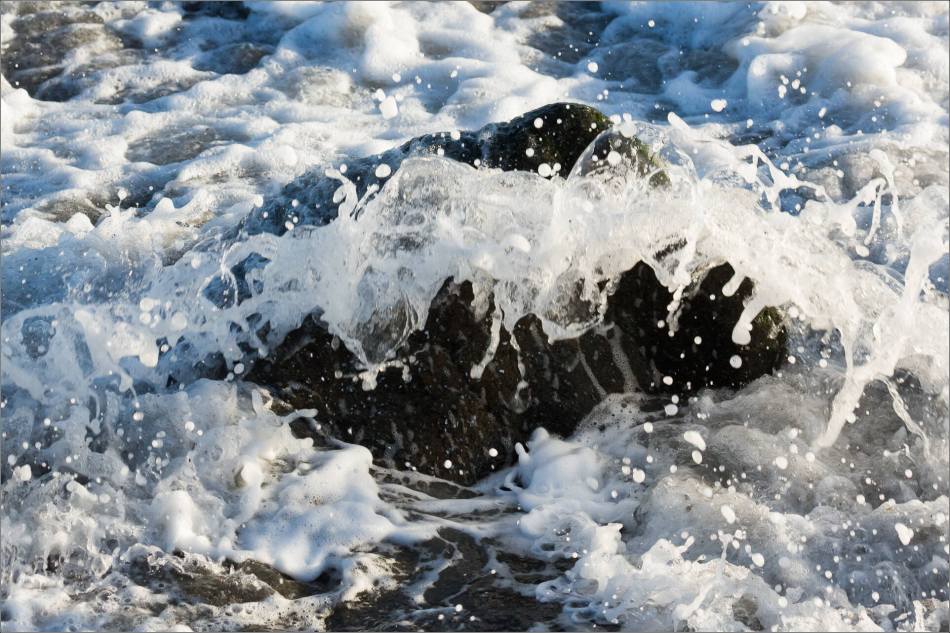 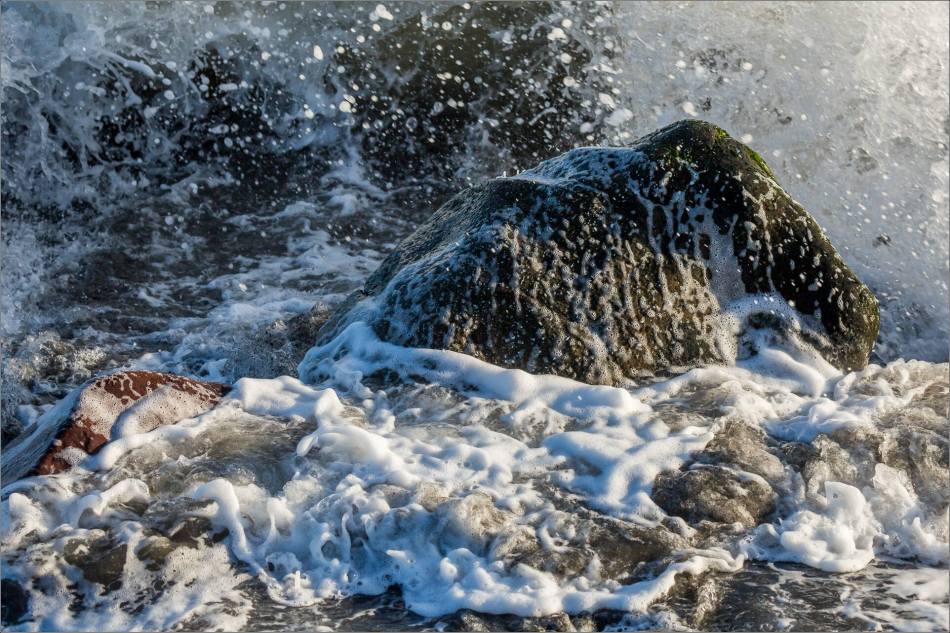 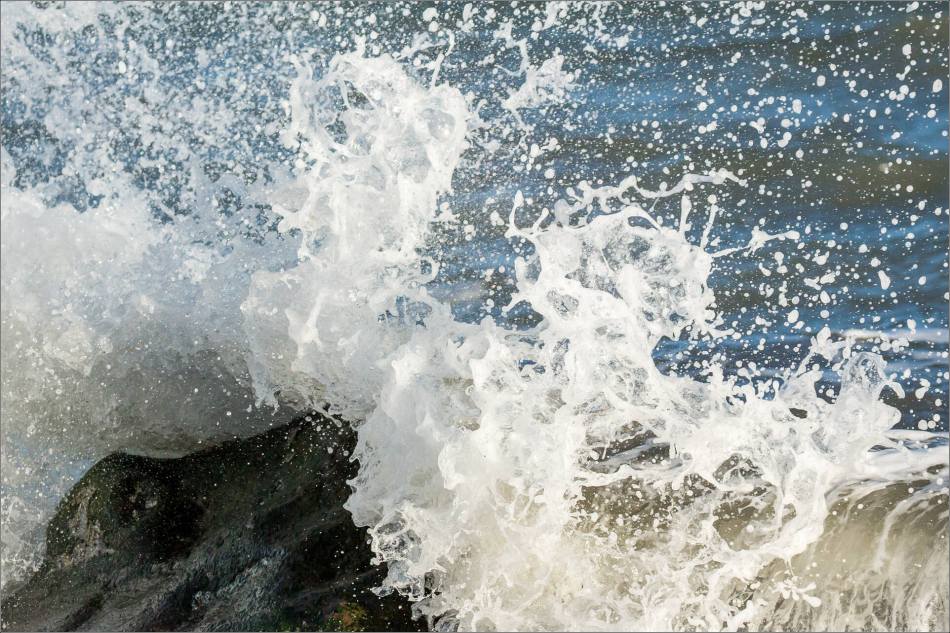 I’m in Seattle for a dear friend’s photography workshop on the Olympic Peninsula this weekend.  I was lucky enough to wander the gardens and forest around his wonderful home yesterday.  Coming from Alberta, the blossoms, warmth and greenery was almost a shock to me.  Certainly a glimpse of a future we will hopefully see within a couple of weeks.  The light on the bark of this cedar danced well with the abstracted shapes in the background.  Those were thrown out of focus by the a shallow depth of field using a 24mm lens at f/2.0.