There is a nice spot to snorkel just off of Ke’e Beach on Kaua’i’s north shore.  The fish school in decent numbers and there is often a chance of seeing sea turtles.  Before returning to Canada we went up to Ke’e for one last afternoon on the beach and an evening photographing the sunset down the Na Pali.

The water was choppy from high surf coming over the reef which usually breaks down the waves.  This made swimming with the kids a more involved process than normal and shortened any snorkelling.  I still went out and photographed along the calm side of the coral reef for sometime close to an hour. 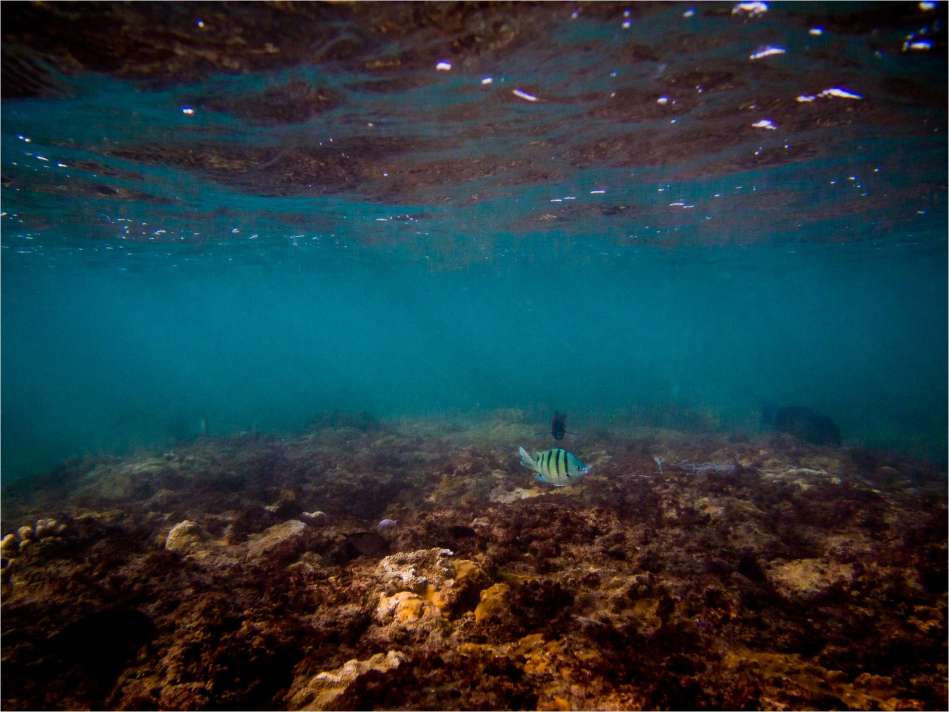 The fish were more scarce on the day, maybe due to the turbulence, but it was still pretty busy down below.  I had fun photographing individual fish within their environment. 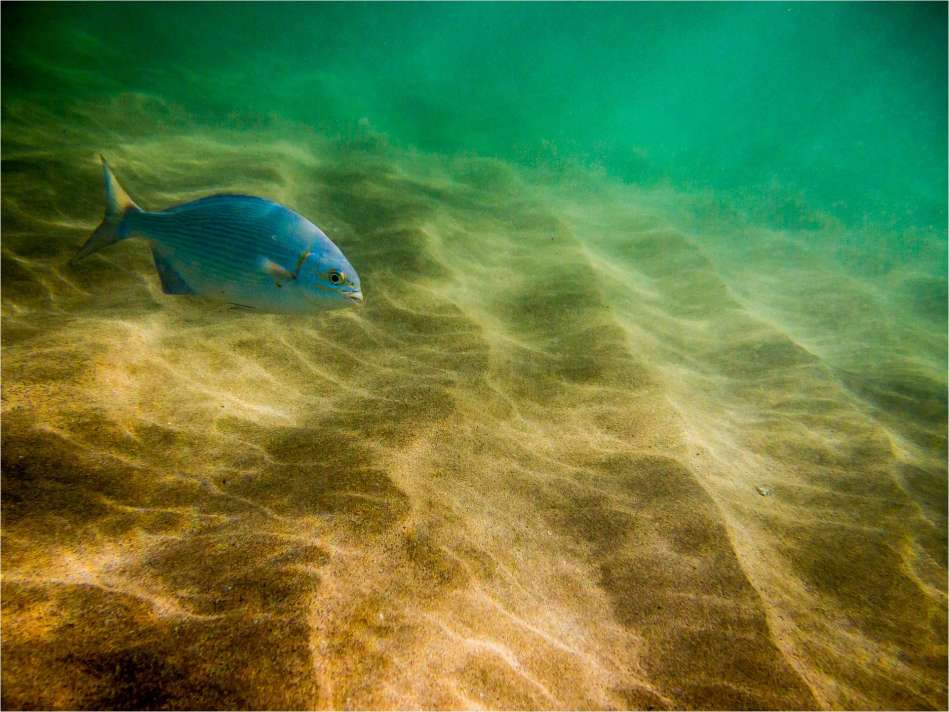 From down below, even looking up was beautiful.

Being new to underwater photography there is a steep learning curve to realizing the images that I have in my mind.  Along that journey, there has been some frustration but so many new things to enjoy.  Probably the most fun I have had is exploring light underwater.  Particularly the way it refracts and distorts at the surface and then strikes subjects below.  When this Hawaiian Chub (Kyphosus hawaiiensis) swam through lines of distorted sunlight near the surface, these wonderful patterns rippled across its silvery body.  It makes me think we should move ocean side somewhere in the world sooner than later…

I love the way light diffracts, focuses and reflects under water.  During my swims with an underwater camera I had a lot of fun playing near the shore.  This beach near Kapa’a is called Baby Beach as it has a nice reef that breaks the waves creating a safe place for kids to swim.  These silvery fish are curious and they did a nice job filling in the middle of this photograph. 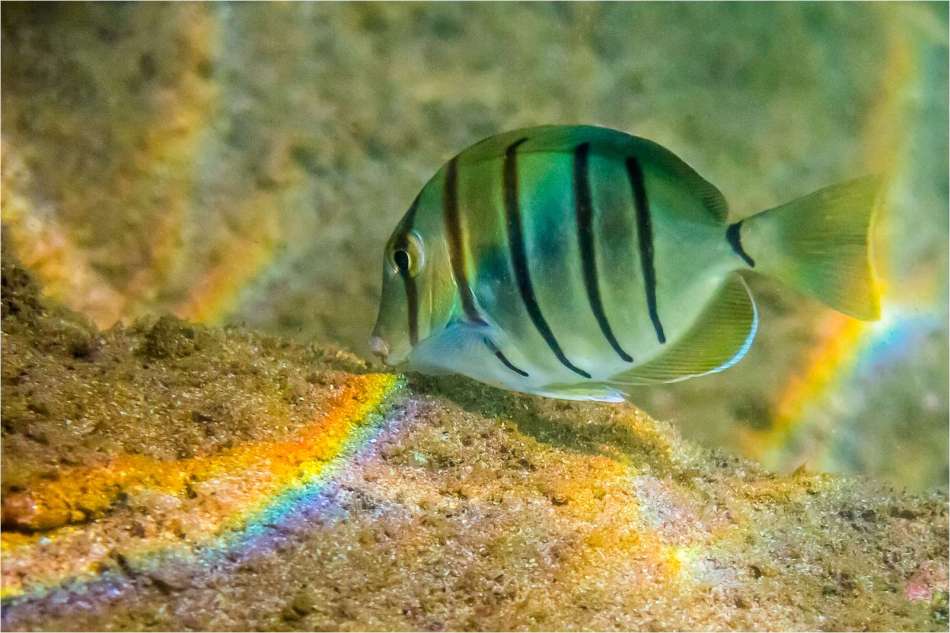 This Manini (Acanthurus triostegus) was one of many swimming in the sheltered cove at the Lydgate Beach Park when I was snorkelling there yesterday.  The fish has a great nickname, the Convict Tang, owing to the stripes resembling those of a prisoner’s uniform of old.  When this one moved into an area of the rocks and coral where rainbows were shimmering, I swung my camera that way.

A good friend loaned me a waterproof casing for one of my cameras and it has been fun to play around with during time on the water.  It’s a different game shooting underwater and I am really having fun learning a bit of the how tos required to get a good image.  A very (very) long ways to go to approach the likes of Brian Skerry though!