Ke’e Beach is further up the coast on the north shore.  The waves were big and came in haphazard sets with some breaks sending waves slamming into other ones.  I did not expect to see anyone surfing there but on one of the days we spent on the beach, watching the coastline and keeping an eye out for seals, I saw one fellow sitting on a surfboard watching the waves.  He watched for quite a while and then headed out, presumably having found the right spot and the right way to get out to it.

I kept an eye on his progress and when he started catching waves it was awesome.  He knew what he was doing and it was great to watch him navigate through the chaos, pick a wave and then grab a good ride.

Nukoli’i Beach seems to be an unpredictable surfing location in the winter.  The waves moving west were great the first few days on this eastern beach that we were in Kaua’i at the beginning of December.  However after one huge storm that raged across the island, they remained choppy and were not frequented by any surfers or bodyboarders for the rest of our stay.  Those first few days I did get out twice to photograph some of the bodyboarders.  The waves were breaking pretty far out but a long lens helped to make a few images. 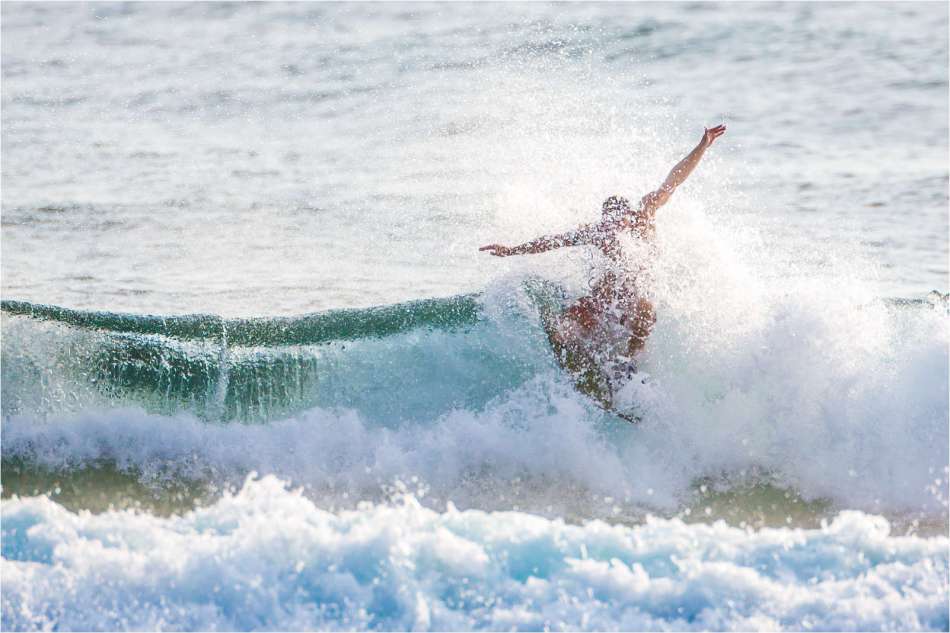 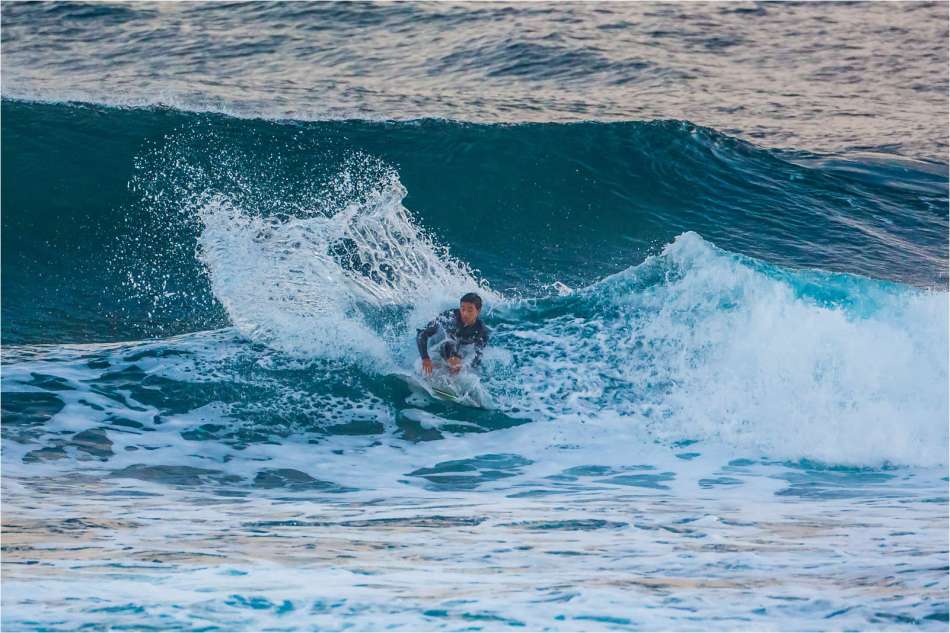 This trip to Hawai’i I spent my time in the ocean photographing underwater and that squeezed out any time that I might have gone bodyboarding or surfing.  I’ll make up for that on the next visit.  It was really fun to watch these guys ripping along the waves.  I can’t wait to join in!