Seagulls in the Khutzeymateen

Though named for its bears, the Khutzeymateen Grizzly Bear Sanctuary shelters a great variety of other wildlife as well.  Seagulls abound in the inlet with several different species mixing in with any one of the flocks.

With the salmon running up the creeks to spawn, the bears would go into the forest where the water is shallow for easy hunting.  When a bear is feeding upstream, seagulls soon arrive at the river mouth and wait for the scraps. 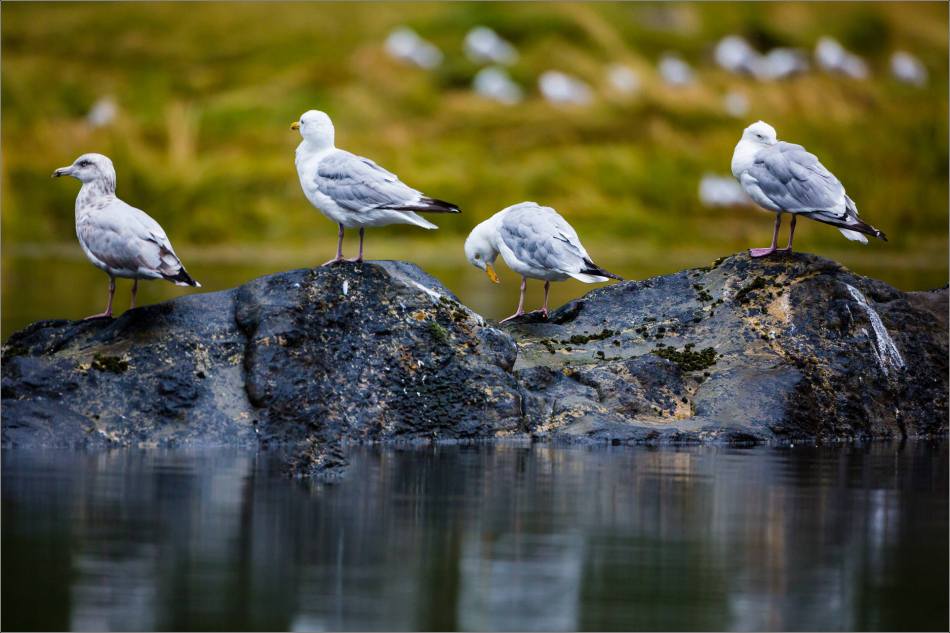 Bears are pretty messy when they are feasting on salmon so a lot of bits float down.  The birds hang in the air and perch along the banks watching for the bright red meat in the water.

The aerial acrobatics as they angle for position, dive for scraps, hold their territory and generally heckle one another are a lot of fun to watch.  The small streams keep the birds packed into a little area which allows for great photography as they fly in the same locations repeatedly.  Even with big lenses, it is relatively easy to track them as they fly up and down, back and forth.

On the sail out of the inlet, a few seagulls were using a stick of driftwood as there base of operations.  I don’t know if they were on a break from the salmon or if the insects along the surface were more enticing.

Whether on the rivers or out on the open water, I enjoyed photographing these birds throughout my time in the Khutzeymateen.