Water sprays off a whale’s tail as it begins a dive in the Pacific Ocean west of Cabo San Lucas in Mexico.  This Humpback Whale (Megaptera novaeangliae) was very active with some great tail lifts and breaches before settling into a steady swim just under the surface which we used as our queue to part company.  It is amazing just to see them and for it share some of its out of the water action was very fun to watch. 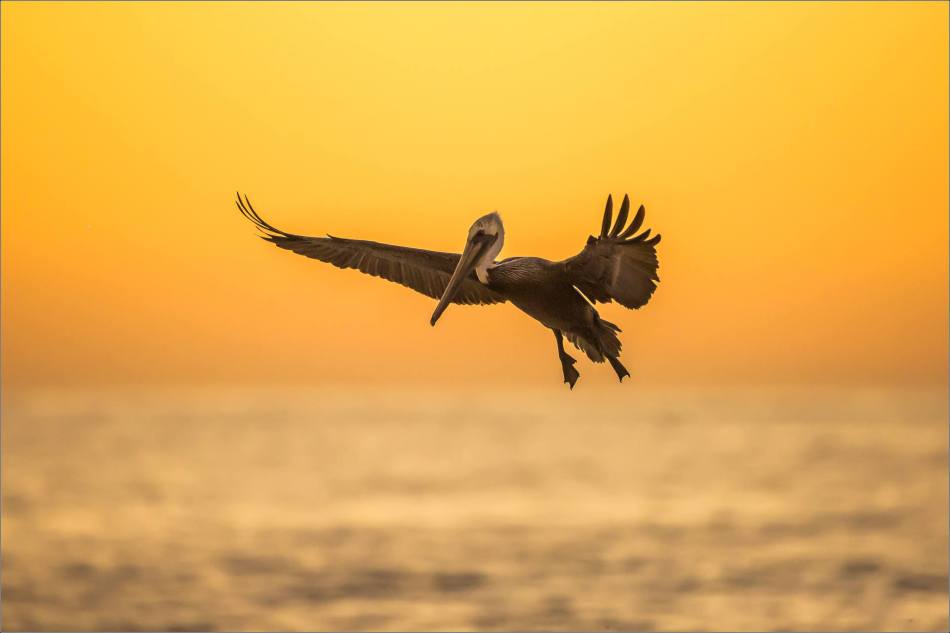 The colors in the sky at dawn have been fantastic during our visit to Los Cabos this week.  The wildlife has been even more enjoyable.  Brown Pelicans (Pelecanus occidentalis) have been a favourite bird of mine to photograph since I first saw them here in Cabo san Lucas a couple of years ago.  On the prairies, we have White Pelicans (Pelecanus erythrorhynchos) that will hang out on larger ponds for the summer but for some reason they don’t cast the same spell on me that their multi-coloured cousins do.  I had a great encounter with a pair of pelicans a couple of mornings ago.  This image was of the first one maneuvering in to land on a half-submerged rock pile just before sunrise.  The other pelican joined a little while later.  Probably once I get home, I’ll have more to share from these two.

Bobbi and I are in Cabo san Lucas with our children for a nice break from winter.  We left just before a heavy blizzard so we were lucky with the timing.  The mornings have been spectacular here as we are located on a lovely stretch of sand where the sun climbs out of the Sea of Cortez right in front of us.  On this morning the silhouette of a fellow sunrise watcher tied the glowing pastels in the sky ahead of dawn to the rippled reflections and the beach.