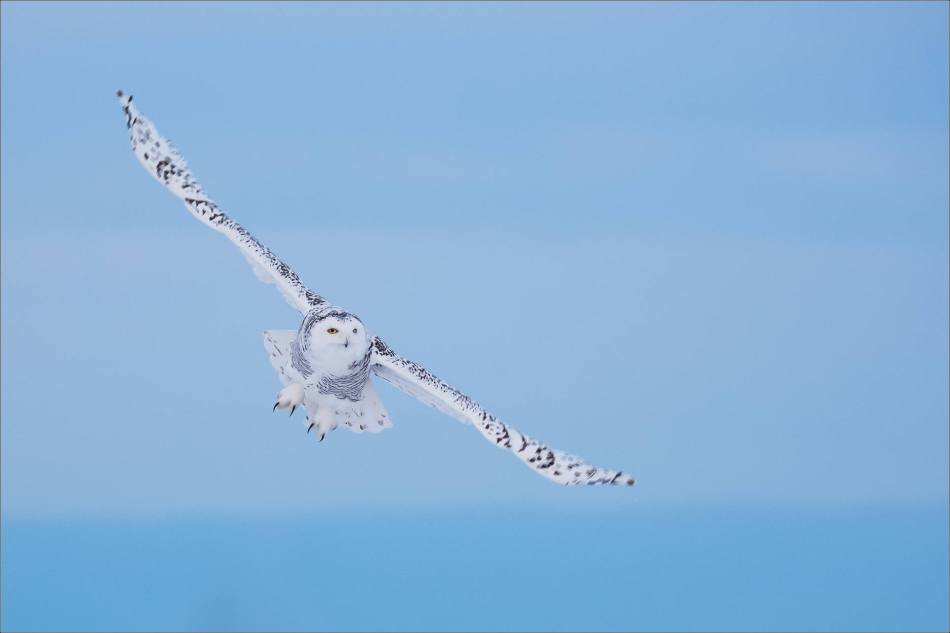 The deep freeze across southern Alberta has curtailed some of our outside activities over the holidays – but I’ve still managed to head out photographing a few times. I have been longing to see snowy owls again so on the 28th, I drove to the prairies east of Calgary in pursuit of these beautiful birds.  I left the house at 6am and it was -29°C.  That kind of chill saw me bundled up in heavy winter gear from top to bottom.  I drove the back roads between Delacour and Lyalta scanning telephone poles, fence posts and any other high points for the owls.  The heavy snowfall that has accompanied the cold made for a true winter wonderland so I enjoyed the drive immensely.  A short time later, I found a snowy perched on a telephone pole.

I parked and stepped out with my camera and then waited.  After 40 minutes the owl found something that was worth checking out and he flew across a field landing on a fence post a couple hundred meters away.

I trudged that way and waited to see what happened.  Five minutes later he flew back to the line of telephone poles.  I had a great view from the launch and until he flew past me. 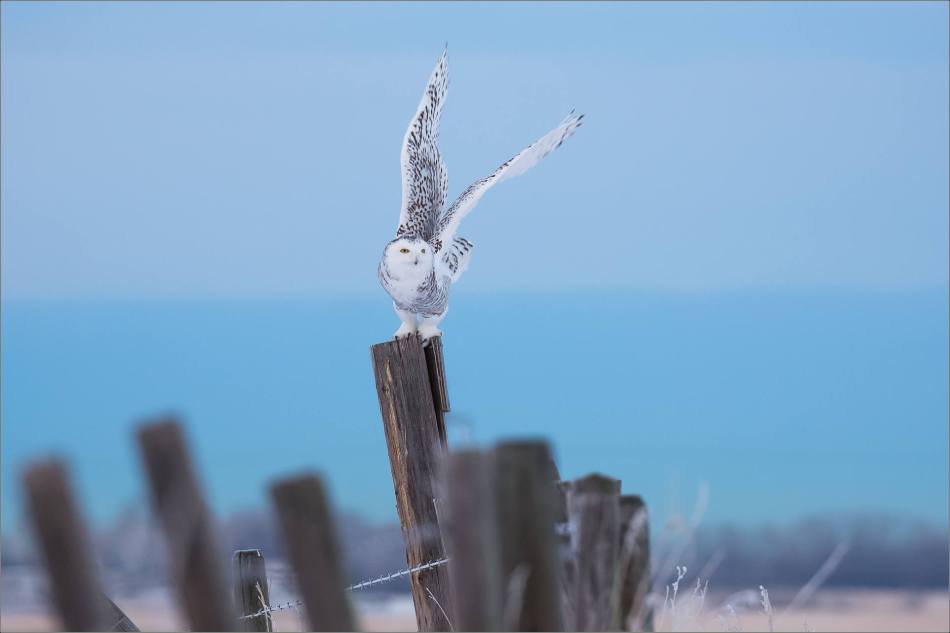 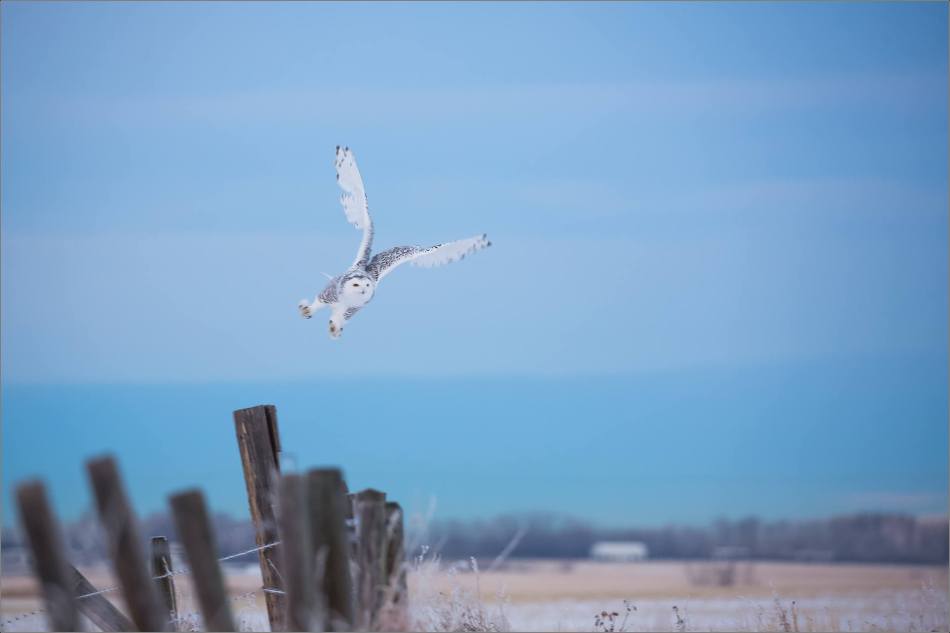 With a great flight under the belt, and some very cold extremities, I returned to my car.  I watched the owl from its new perch on another pole while I warmed up.  The owl was alert, looking around steadily, but did not fly and I left a short while later.

This entry was posted on December 30, 2017 by Christopher Martin. It was filed under Nature and was tagged with alberta, animals, BIF flying, Bubo scandiacus, Canada, owl, Snowy owl, wildlife photography, winter.