A morning at the Inglewood Bird Sanctuary

A couple of weeks ago, I walked with a friend down to the Inglewood Bird Sanctuary.  Canada geese were massed along the Bow River in and around the cold water. Flights of these birds came in and out all morning.

I dragged the shutter and panned with the birds as they flew past to create blur and lend motion to the images. 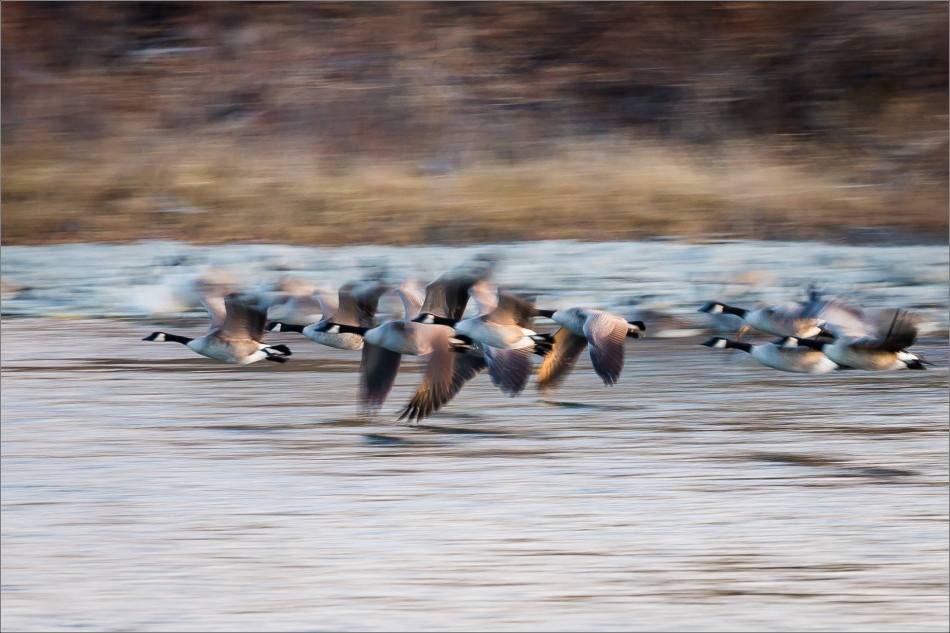 A very enjoyable couple of hours went by and then my friend had to leave.  I elected to stay and walked down the iced over path that parallels the Bow along the eastern edge of the bird sanctuary.

A young stag trotted along the rocky beach right in front of me at one point.  He stopped for a few seconds out of mild curiosity before skipping around the corner and quickly going out of sight.

An immature bald eagle alighted in a tree across the water a few hundred meters away.  It was watching the geese that congregated near the water intently.  After half an hour it launched into the air, crossed the river and flew directly overhead.  I love eagles so this was a highlight of the morning for me despite the somewhat harsh lighting. 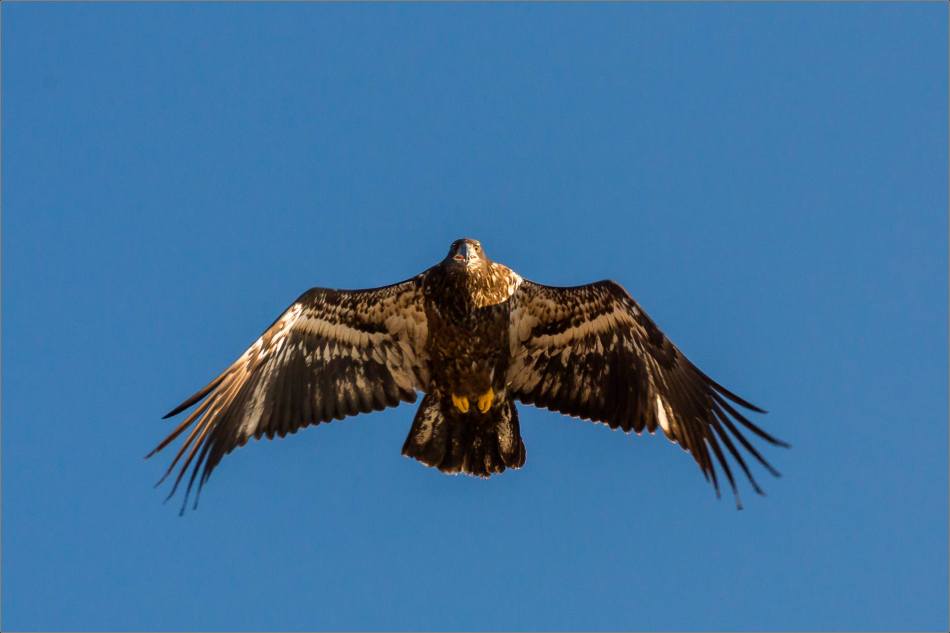 The day was close to noon by then and I headed towards the ponds.  A couple of magpies were making a terrific racket which drew my attention.  Looking in the dense stand of trees I spied a great horned owl calmly perched a couple of meters off the ground.  She stayed mostly oblivious to the angry birds and they soon moved on.  I returned to check on the owl a couple of times in the afternoon but she was napping for the most part so I didn’t photograph much.  It was unseasonably warm so I enjoyed spending time with the owl with no expectation for more. 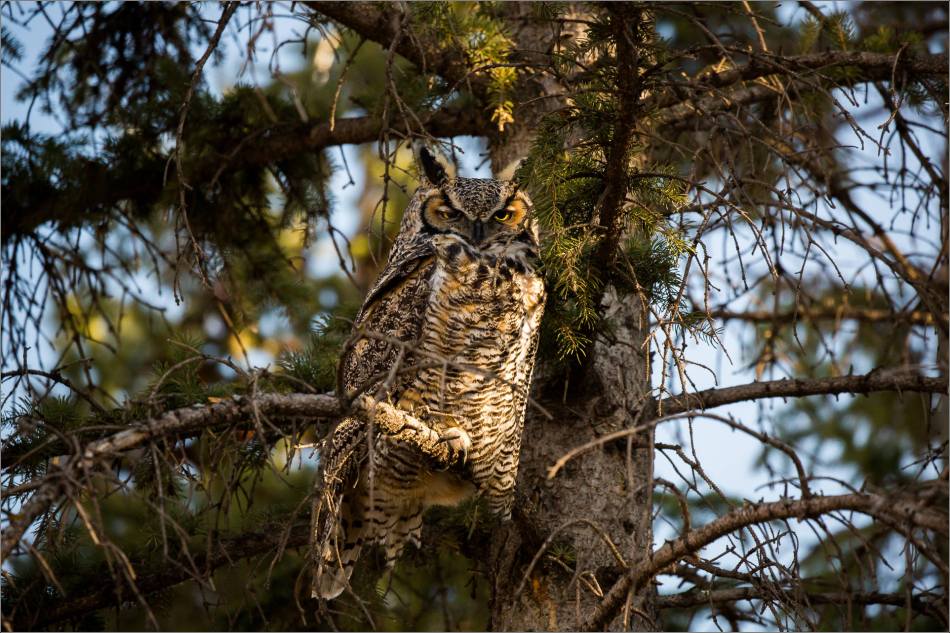