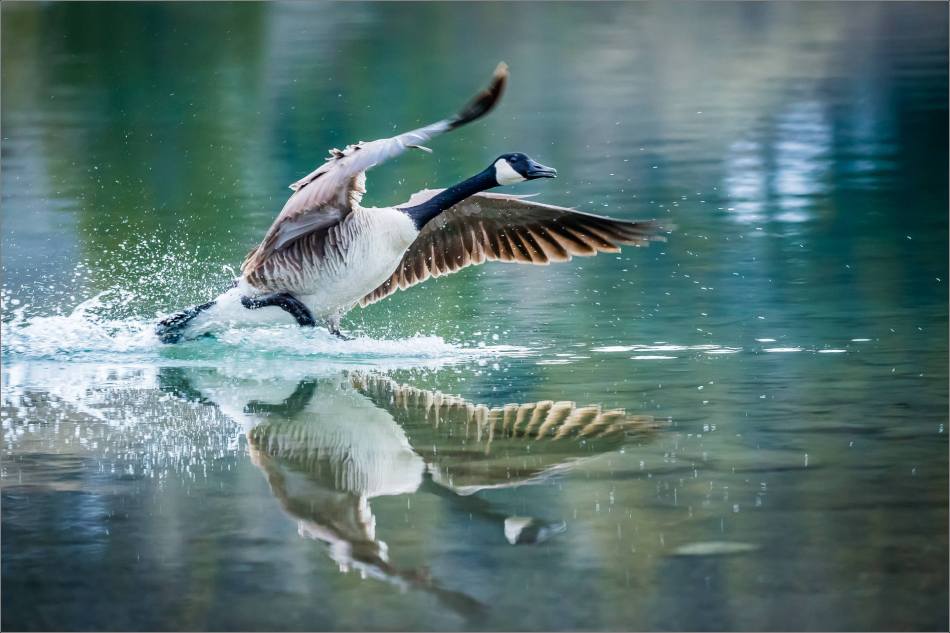 The ice started to recede on Two Jack Lake in late April this year.  Waterfowl was drawn to the open water as they migrated back to Banff National Park.  Some birds were resting briefly before continuing further north.  For a small gaggle of Canada geese, they seemed to be planning for a longer stay.

At one point, one goose decided to chase another.  The target flew off and was joined by his mate and they landed at another opening.  Perhaps this was a territorial “discussion”.  For me, it yielded a series of images with the aggressor splashing, flying and skimming across the water.  The bird banked around the small cove towards me so I was in a great position to photograph him. 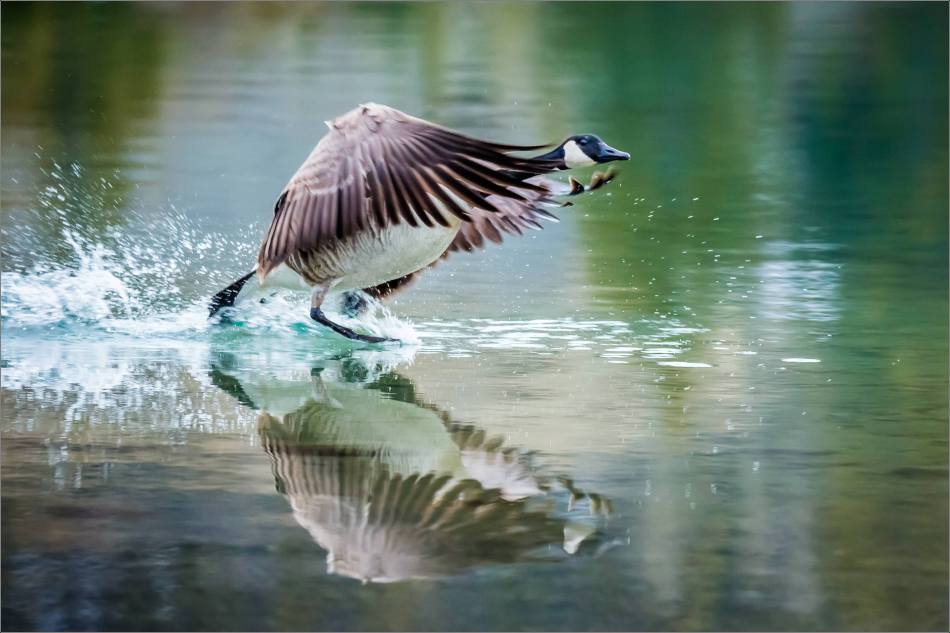 The remaining couple settled down quickly and returned to paddling on the water.  A little while later one laid don near a stand of trees while the other went to the edge of the ice that still covered most of the lake. 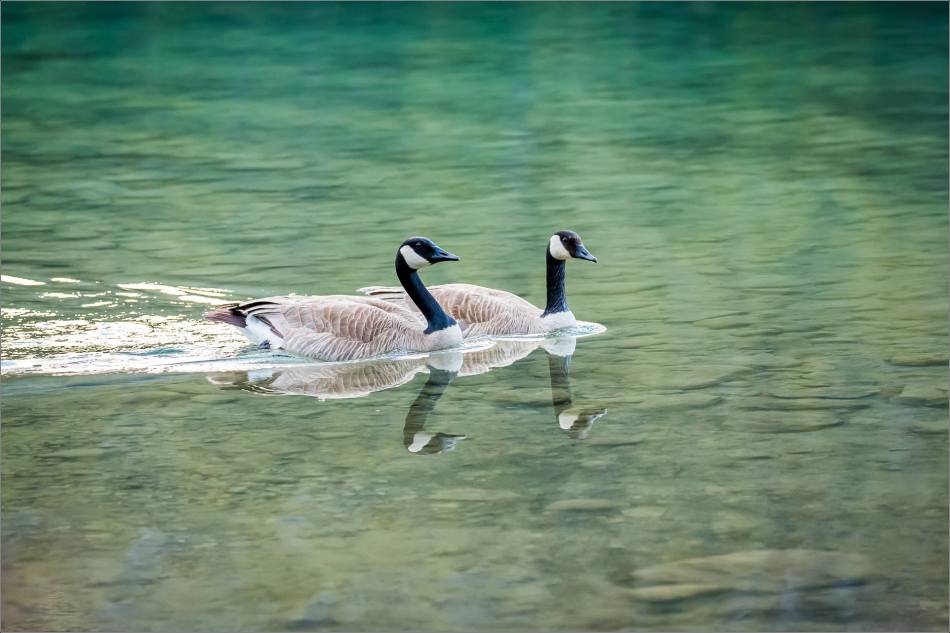