My children and I went down to the Calgary Stampede on Friday for a day on the grounds.  We ended up staying for 10 hours and they spent most of that riding, sliding, dropping, stopping and flying around, over, through and across the midway. 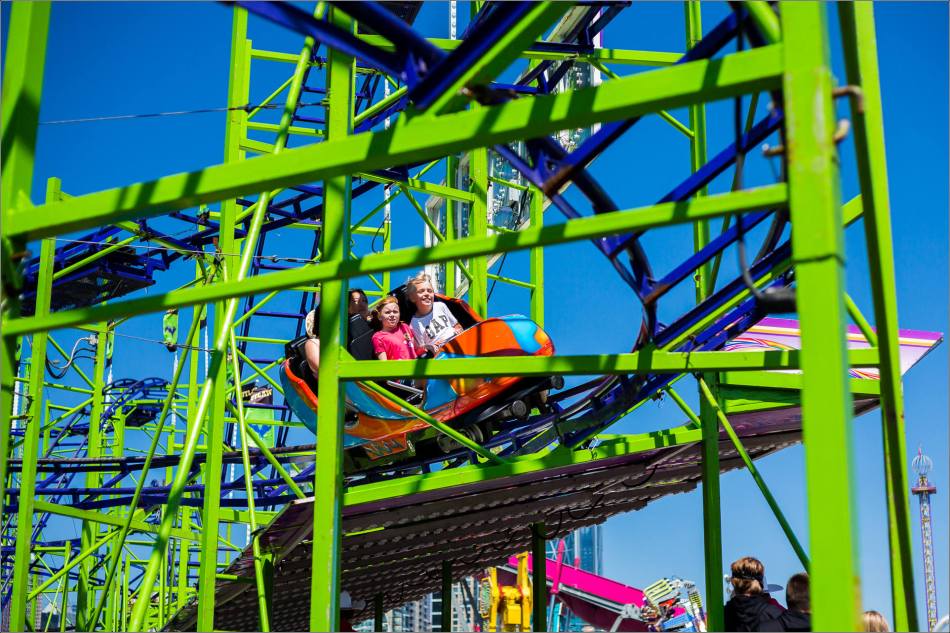 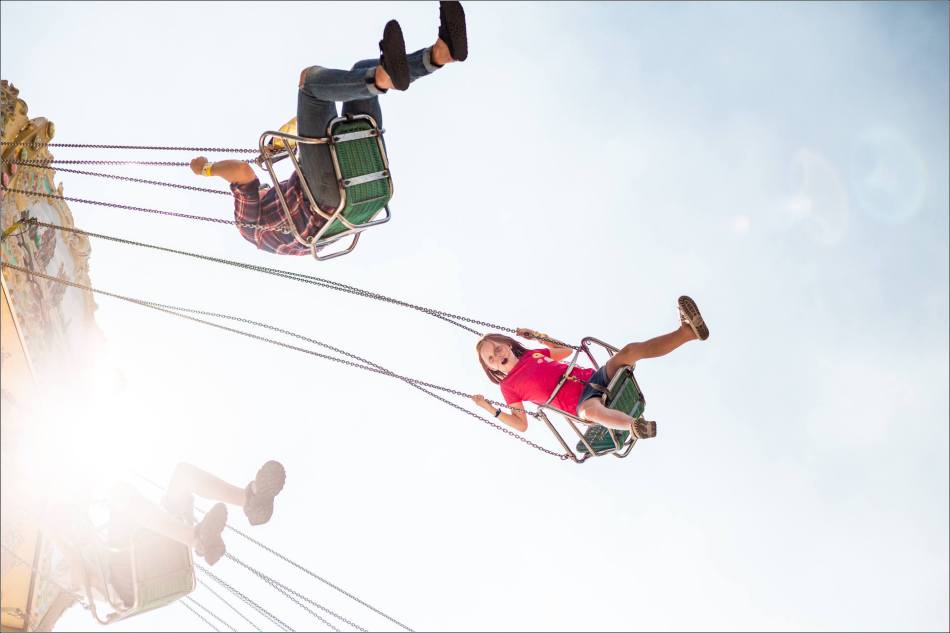 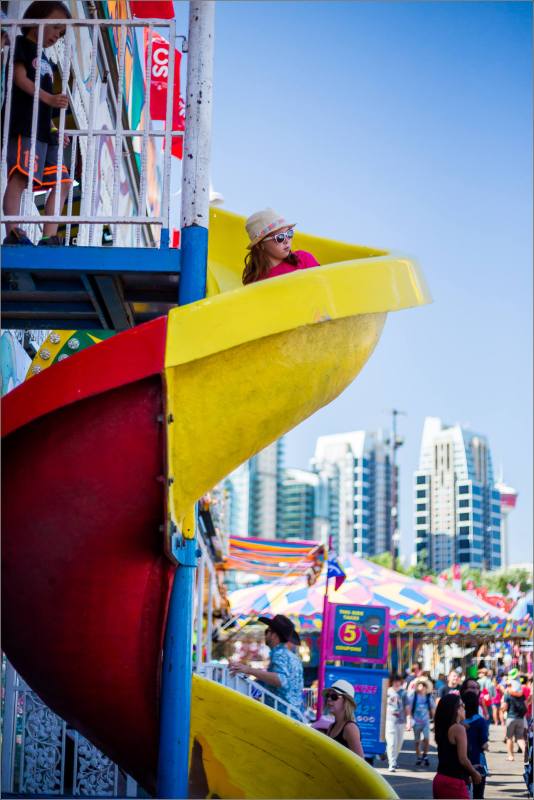 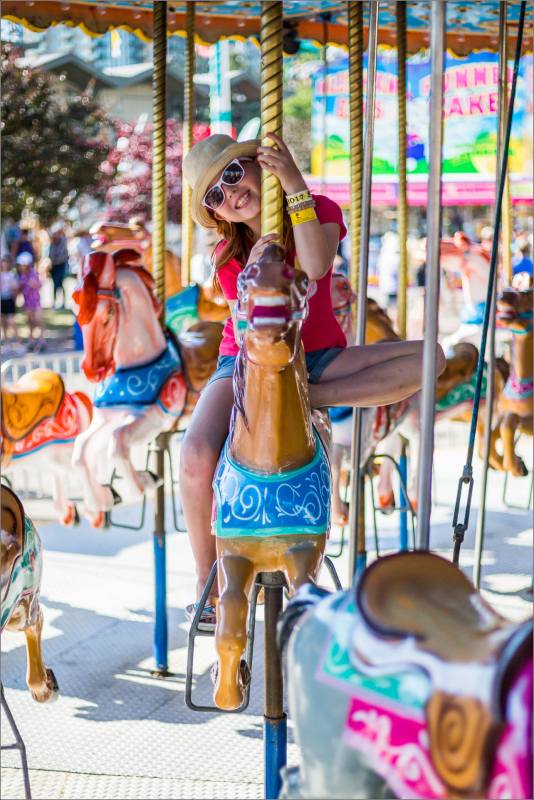 We rode on the Skyride which takes you over the middle of the fairgrounds and affords a great view and an opportunity to map out the order of rides, games and food. 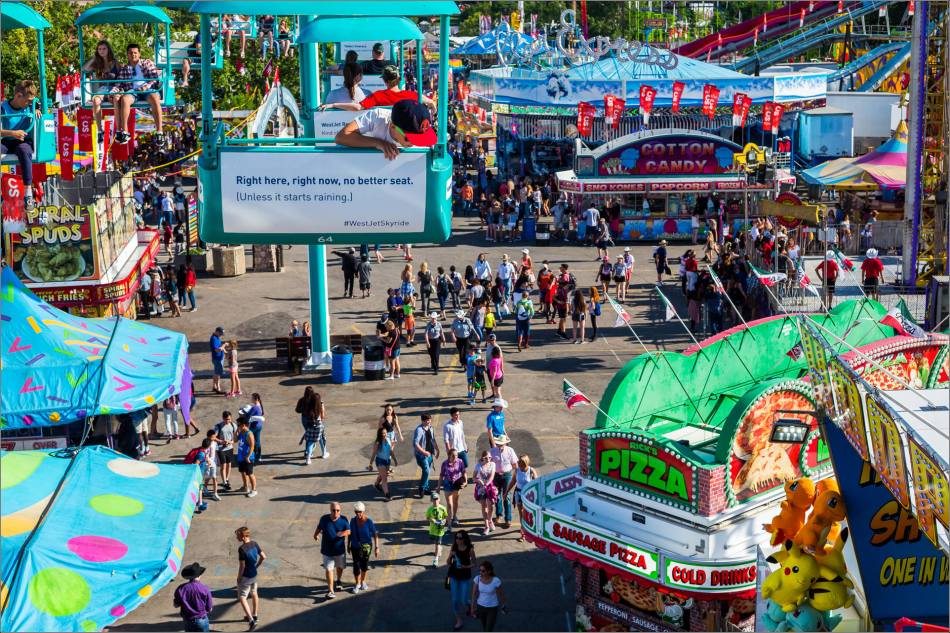 It was hot, by Calgary standards – around 32°C, so the misting and water stations were important oasis stops for us throughout the day.

One of those water bottle refill spots was in the Agrium building.  The cool air and really interesting agricultural kiosks and interactive centres kept the kids interested and allowed us to lose some heat!  Kezia loved feeding the chickens in particular while Kian enjoyed watching the day old chicks waddle around their pen. 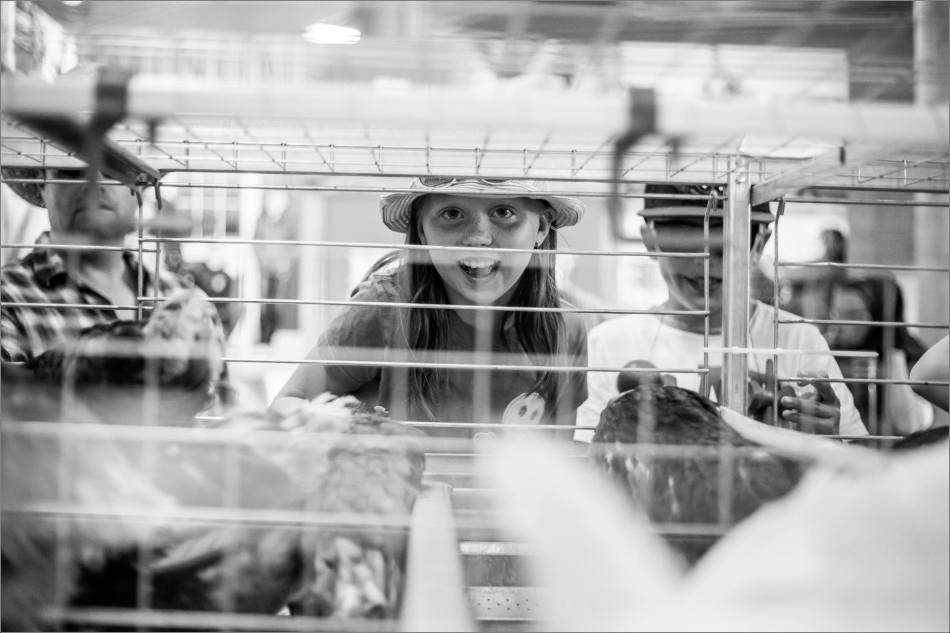 Ice cream after lunch and slushies in the afternoon were necessary – at least to us! 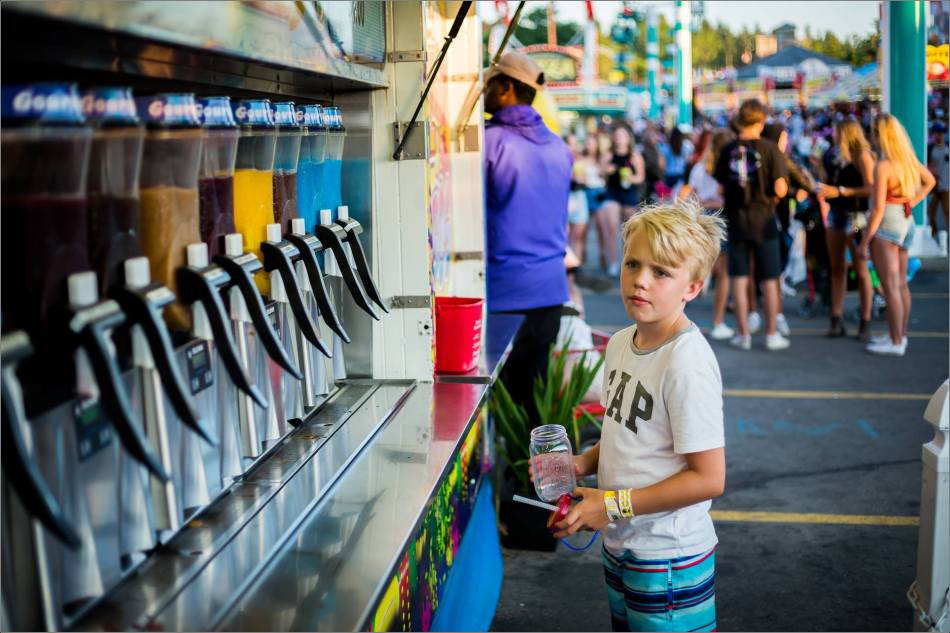 But, this was a day of rides and we did that with very few other breaks.  It was the first time the kids have come down to the Stampede and I am really happy that they loved it.  I’ve always had a lot of fun down here – on the midway, at the rodeo, watching the chuckwagons and the grandstand show, etc.  I’m excited to share more of the fun that the Stampede has to offer with them.

They hit the Euro Slide early in the day and later in the afternoon.  The sun was behind them for the afternoon rides which allowed for a cool look by over-exposing the shots.  I definitely had a lot of fun playing while photographing these cool cats!

The Outlaw Roller Coaster was one of Kian’s two favourite rides.  He made a couple of runs solo on that after going with his sister the first time.  He didn’t mind having the front seat all to himself – and it worked well for the photographs too!  My favourite is the riding philosopher as he finished his last ride on this one.

And then there was the Starship 4000!  It was the consensus favourite and they both rode it A LOT.  Kian went 13 times and Kezia rode 16 times – in a row!  Dad was a bystander while they racked up their circular miles inside the spaceship.  It spun around pasting the riders against the wall but still allowing them to move around a bit.  I didn’t go on this one but I have been told by both kids it was AWESOME! 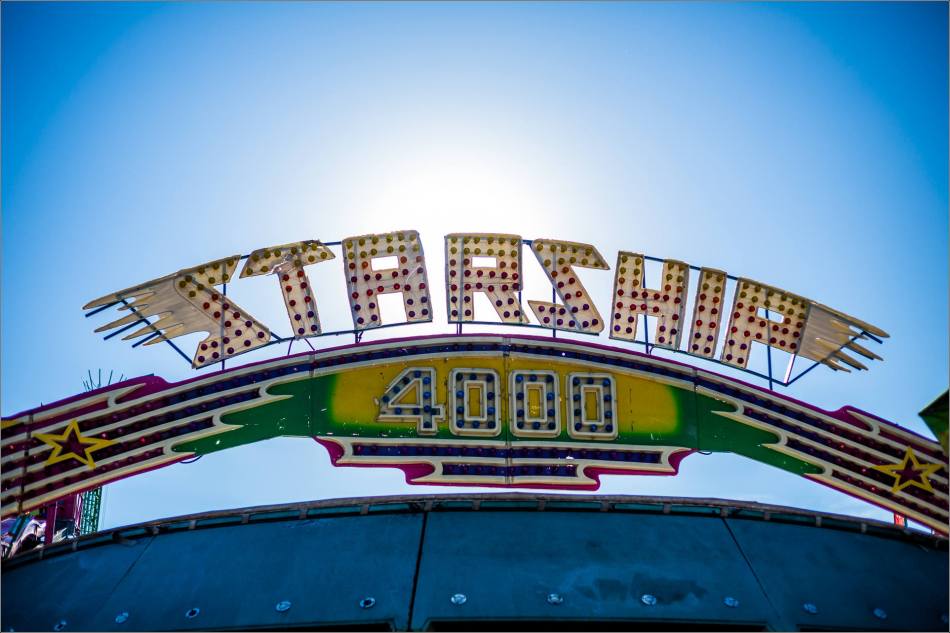 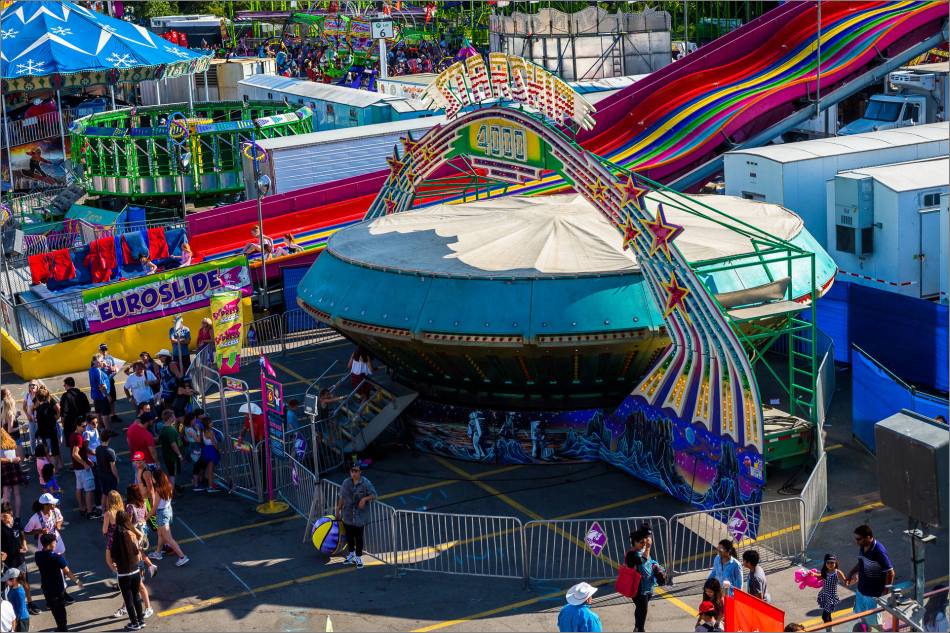 We didn’t even get into the games that line the midway alongside the rides.  Kian definitely liked this pink monkey so he’s looking forward to trying for one of them next year. 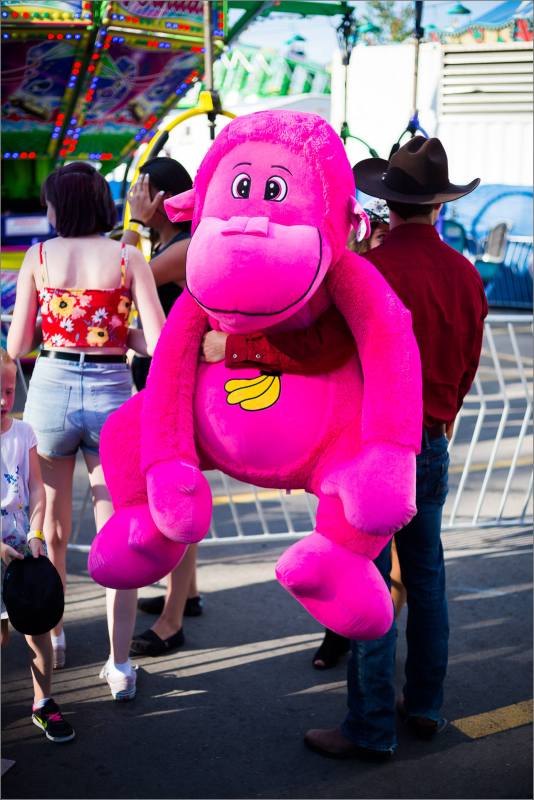 We finished the day off with a couple of flights on the hang gliding ride called the Cliff Hanger.  I liked flying like Superman – the kids did that and enjoyed making faces and having a blast as they spun around. 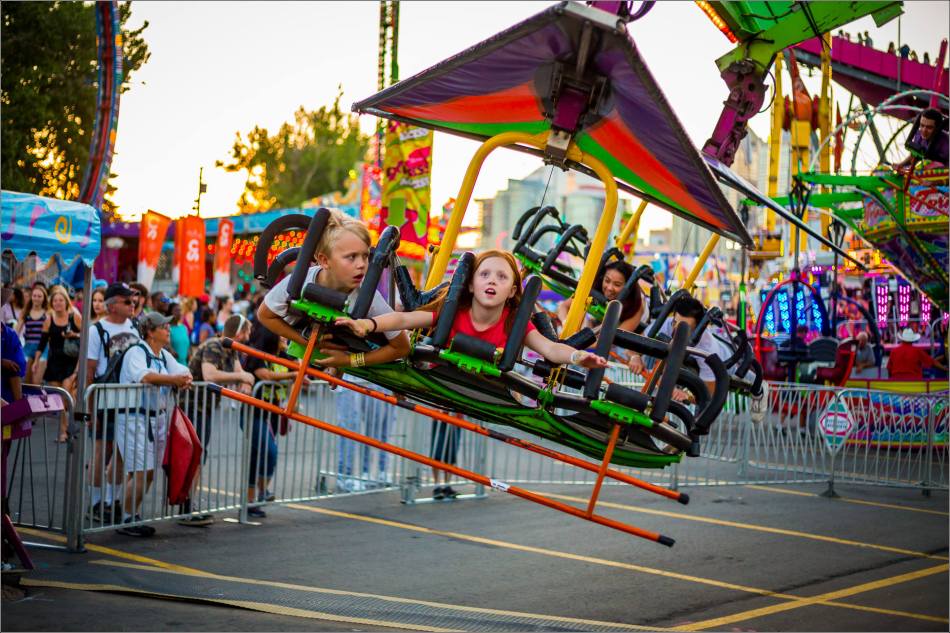 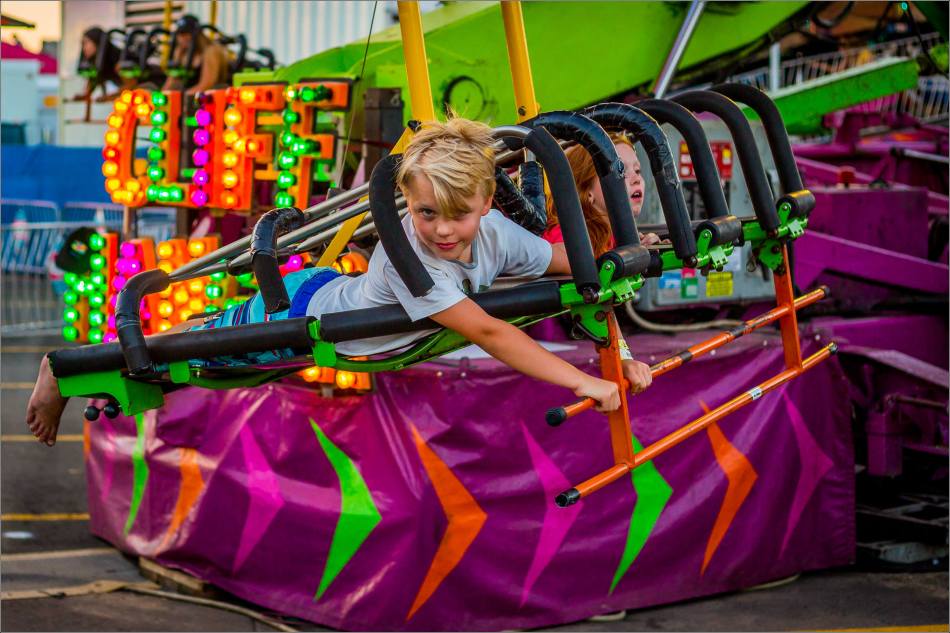 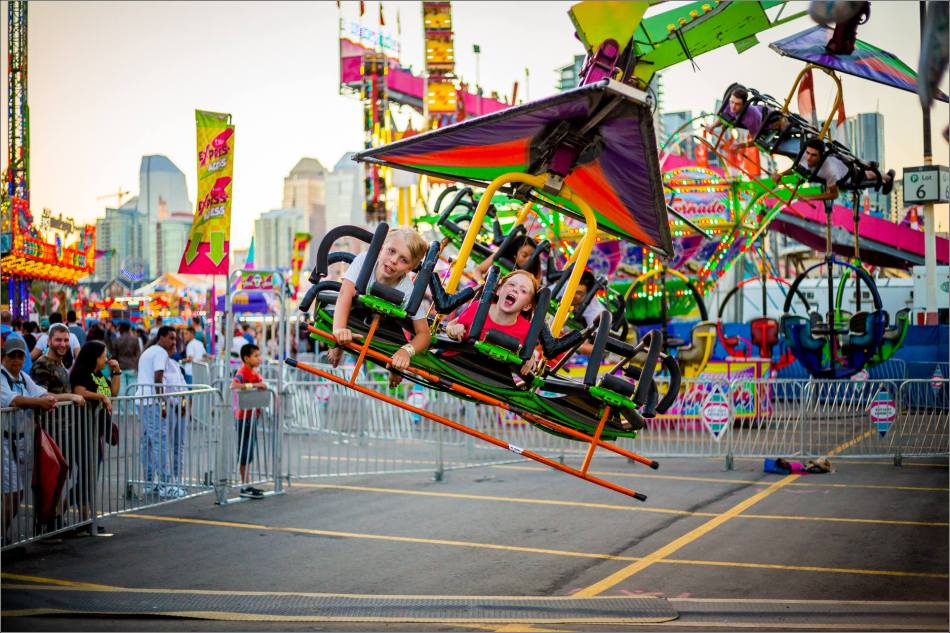 A great day at the Stampede – we’ll be back next year!

This entry was posted on July 16, 2017 by Christopher Martin. It was filed under Calgary Stampede, People and was tagged with Calgary Stampede, fiar rides, fun, midway, People, photography, rides, roller coaster, summer.