After a long night of spectacular auroras which I enjoyed from the western shore of Lake Minnewanka (one post here and the other there), I went to nearby Two Jack Lake to catch the sunrise.  The clouds, the sun and the mountains all conspired to present an amazing start to the morning.  The wind was a bit mischievous as it blew softly but steadily over the water breaking up Mount Rundle’s reflection in the image above and Mount Girouard’s in the one below.

At one point a Canada goose entered the water and I liked the way she showed up in this image blurring slightly during the 1.6 second exposure as it paddled by.

The goose carried on to the far side of the lake.  Later a paddle boarder followed the goose’s lead and went out for an early tour around the lake.  She was there with a photographer for a shoot – a pretty great morning for that.  I liked being able to add in a shot of her gliding across the water.

I packed up the tripod as the colour in the sky started to fade out and with the boarder making several passes in front of the scene which kept the water rippled.  I stopped at the overlook above the lake about twenty minutes later and made this last image of the paddle boarder silhouetted against the sunlit mountains reflecting in the water. 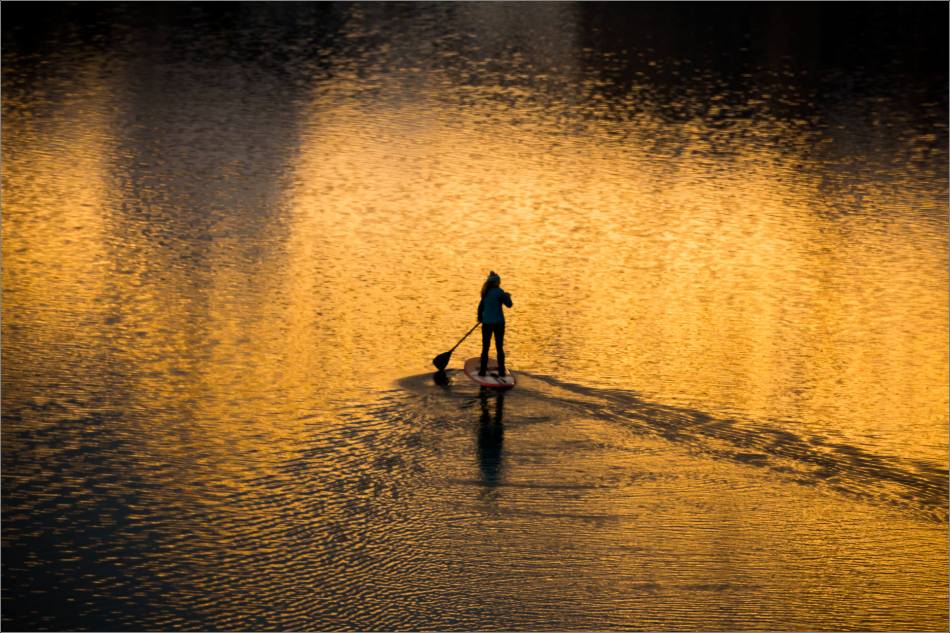