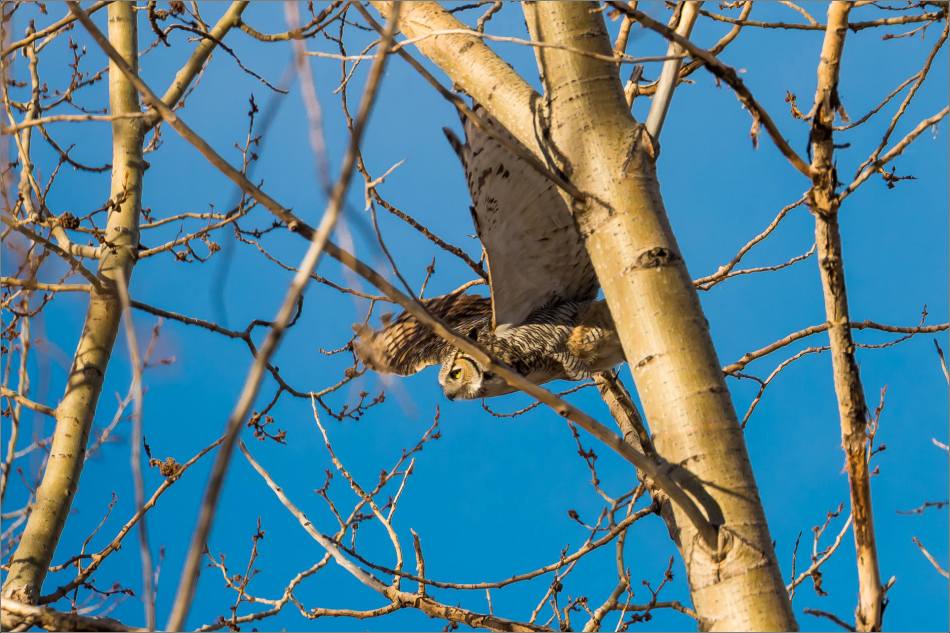 The prairies around High River are dotted with small stands of trees.  These islands on the grasslands are usually home for a good number of birds.  Last weekend, I visited a long running favorite stand of mine where a pair of great horned owls have raised chicks for 30+ years I have been told. 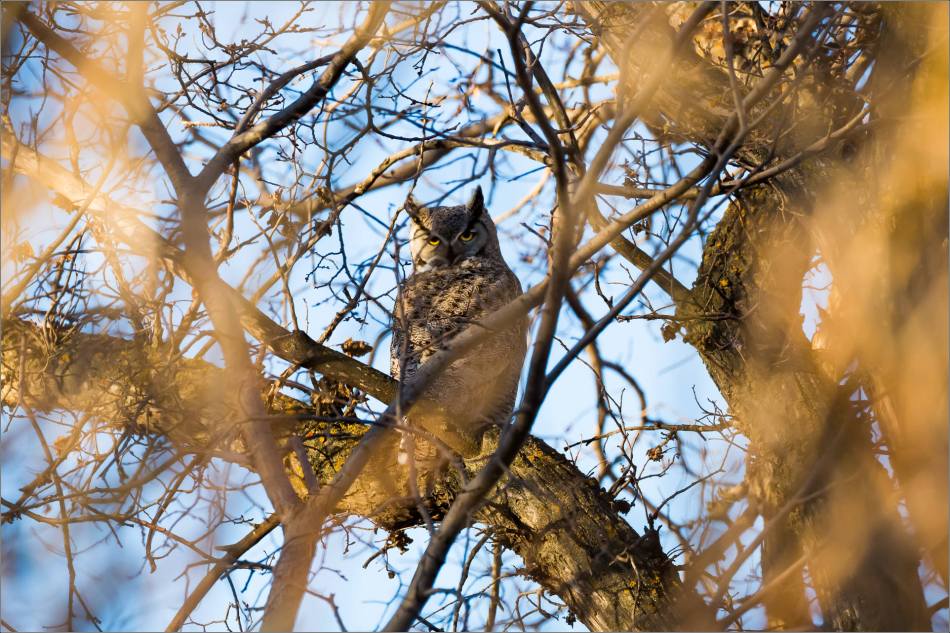 The morning I arrived, the female was in the nest – presumably the eggs are incubating now.  The male was perched nearby and over the course of an hour he made two sorties to other trees and grabbed one field mouse along the way. 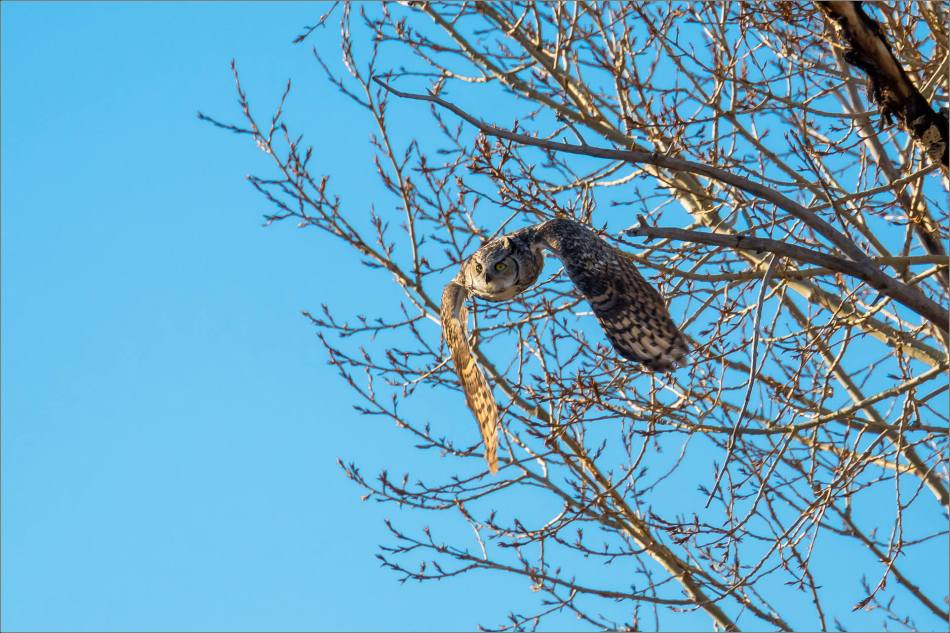 Other than that little bit of action, there was a lot of dozing in the nest and a few very slow blinks by the male too.  He kept his eyes on the magpies that came nearby now and then as well as anything else that flew or drove by.  But it was generally a fairly quiet morning – I think they were both resting up before the chicks are born.  When that happens the activity level necessarily picks up considerably. 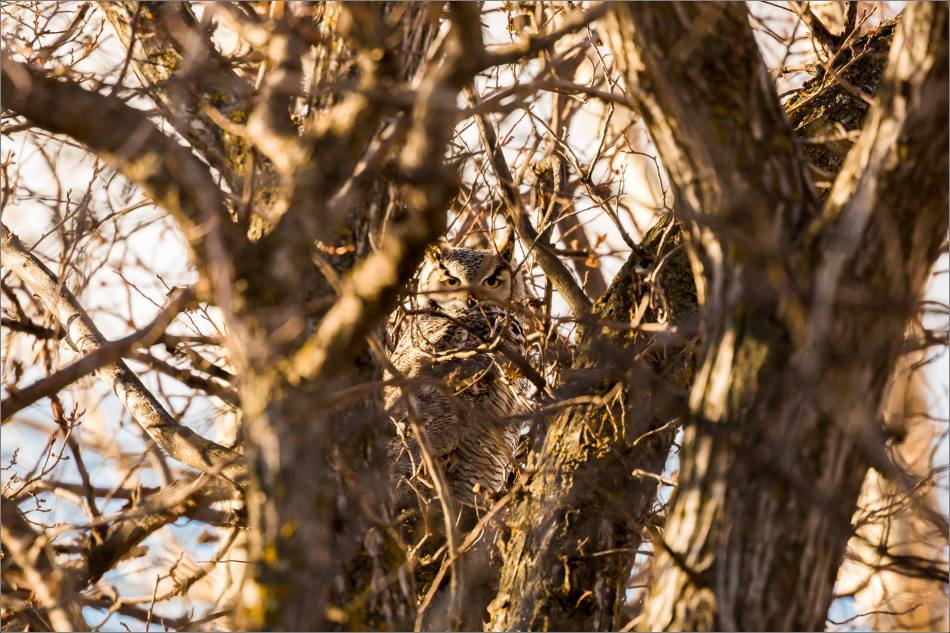 This entry was posted on April 3, 2017 by Christopher Martin. It was filed under Owls, Wildlife and was tagged with alberta, Canada, Great Horned Owl, nature, owls, photography, prairie, wildlife.