On the hunt with a great gray owl

A couple of weeks ago I took a break from the snowy owls on the prairie and visited some of my great gray owl haunts near my home.  I had not seen a gray for several weeks so it was a fishing expedition at best with limited expectation.  I was excited when I found this owl perched over the snow.  It wasn’t too long before she dove into the snow and quickly swallowed some kind of mouse or vole. Her back was to me when she landed so I didn’t get a good look at her snack.  She flew up into a bare tree and continued surveying the small meadow.

She decided pretty quickly that wasn’t the spot for her and she flew into the evergreens after only a couple of minutes.

She landed and then dozed for close to half an hour from a good spot in the trees overlooking another small patch of snow.

I put on my snow boots and took an indirect path to a little hill opposite her new perch.  Her eyes watched me a little bit but the lids shut once I sat down on a log.  I was happy to wait and see if she would continue hunting after her rest.

When she did start looking around again, she seemed keen to resume and I was in a great position for her next dive which happened right away. 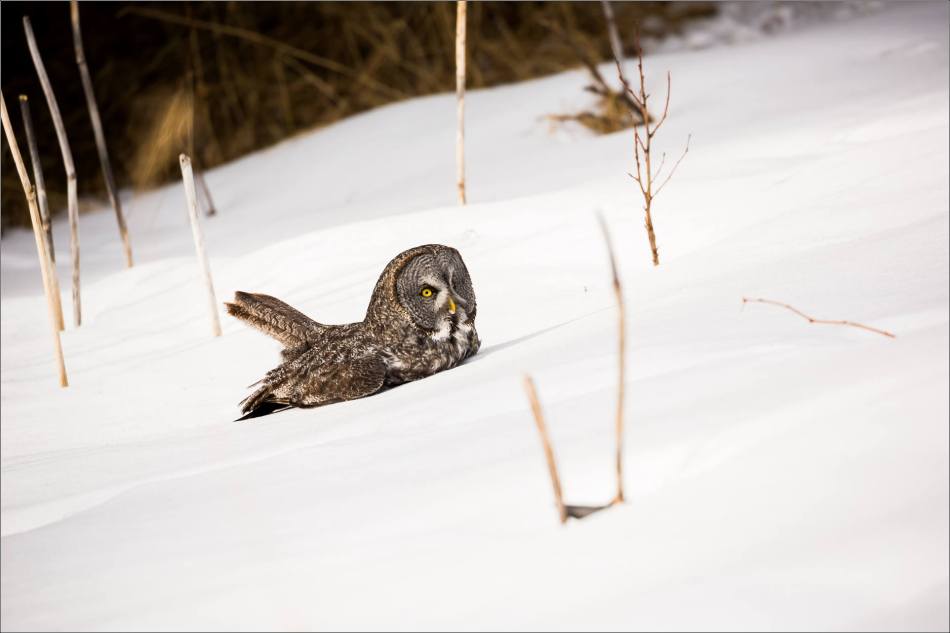 With another snack in her belly, she retreated to the trees and I left her shortly after taking this last picture. 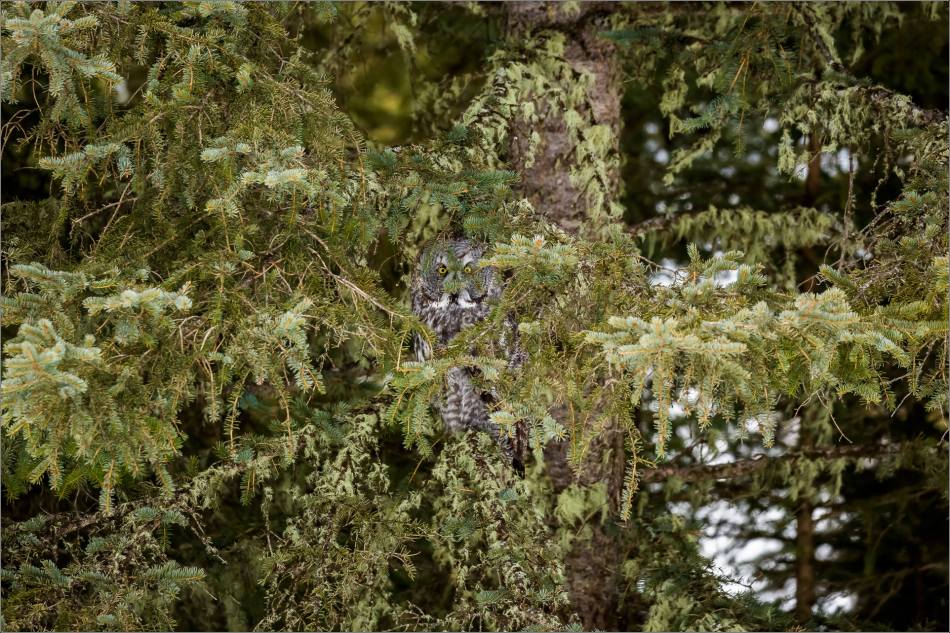 This entry was posted on March 18, 2017 by Christopher Martin. It was filed under Animals, Owls, Wildlife and was tagged with alberta, animals, birds, Canada, Great Gray Owl, strix nebulosa, wildlife photography.