Snowy owls have been a focus of mine this winter.  Last Saturday I was east of Calgary again – touring the back roads, looking for owls and, when they were found, working to not spook them.  A few of my earlier visits to the prairies have been frigid experiences.  That day was pleasantly different – the sun cut through the clouds early and they moved on altogether by mid-morning but did so without a heavy wind pushing them.  The relatively mild and calm weather was welcome indeed.

The day was productive in every sense.  I found two owls just after daybreak near Gleichen.  I spotted the first one as she flew parallel to the road I was traveling down.  The second was perched on this fence line but he took off as the first neared.   The displacer landed and fussed with her feathers while scanning the ground.  The sun lit her up a couple of times which was special.  She eventually glided over the fields behind her and landed on a rise after catching an unlucky creature for breakfast.  I drove below the rise and caught her yawning before she rested and dozed for a bit. 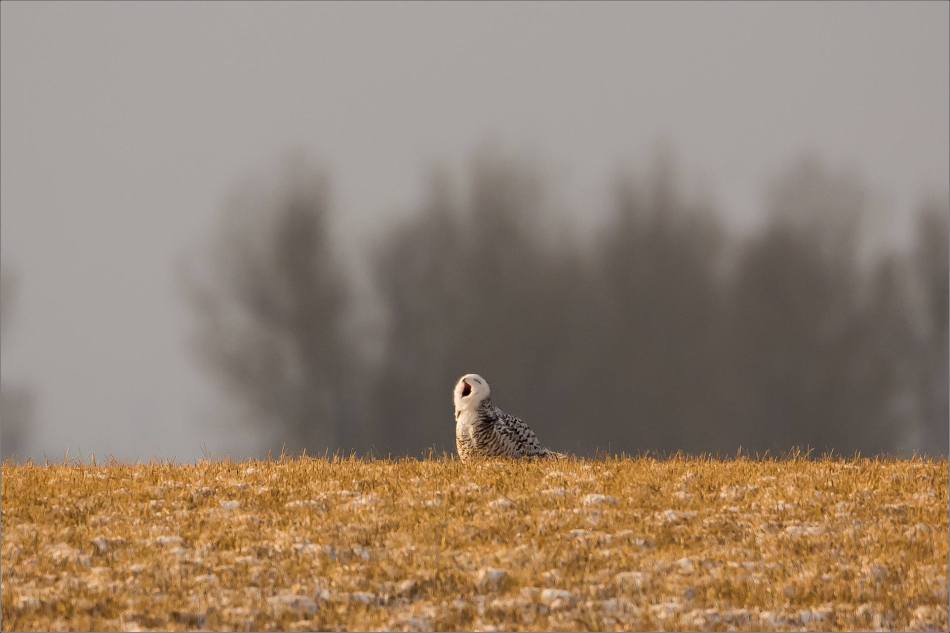 Note: this snowy is mottled with dark and light feathering and that used to be thought to be exclusively females and the almost pure white owls were males.  Over the last few years, that has been disproven (some females are all white and some males are not).  There is no visible way to confirm the sex that I am aware of so I still refer to a white one as “he” and the others as “she”.  That is a bit of anthropomorphization but I really dislike calling animals “it”. 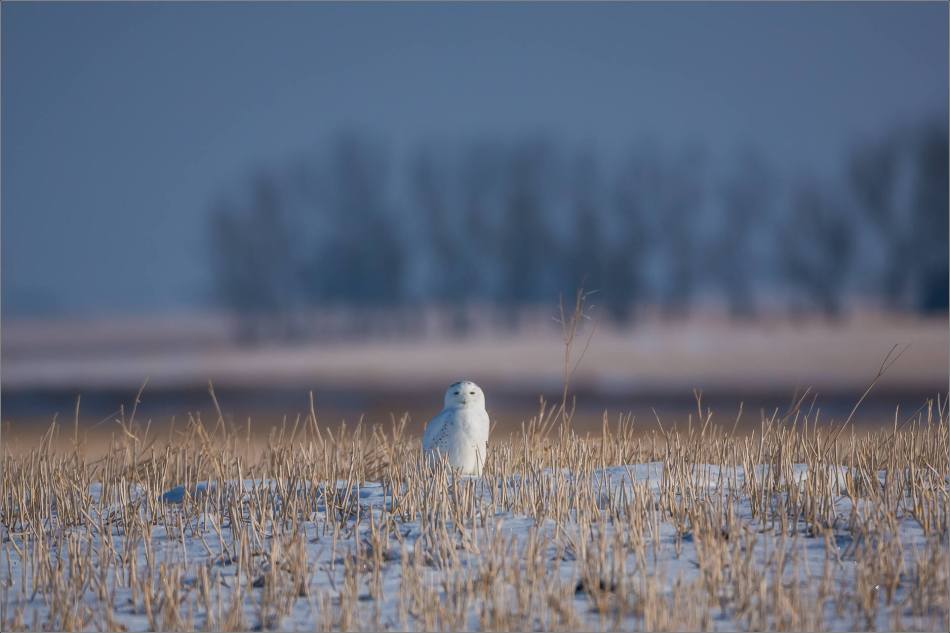 I had an encounter with a beautiful almost solid white snowy owl an hour later a little further north of this spot.  I will share that story with him soon!

This entry was posted on March 1, 2017 by Christopher Martin. It was filed under Nature, Owls, Wildlife and was tagged with alberta, animals, birds, Bubo scandiacus, Canada, owl, prairie, raptors, snowy owls, wildlife, winter.