Flying low on the prairies

I spent a morning on the prairies between Irricana and Langdon this weekend.  I met up with my good friend, and fellow photographer, Jeff Rhude in Delacour and continued east from there to see what we could find.  We were looking for owls and an hour before sunrise, we made out three individuals perched in different locations.  It was much too dark to photograph with any reasonable expectation of making a good image.  To us, their presence boded well for later, when the day was much brighter.  A glowing sunrise welcomed the day and after photographing that for a little bit, we began combing the fields and fence posts for snowy owls.  The ones seen in the pre-dawn gloom were nowhere to be found but several kilometres away we did find this one standing on the snow in a field. 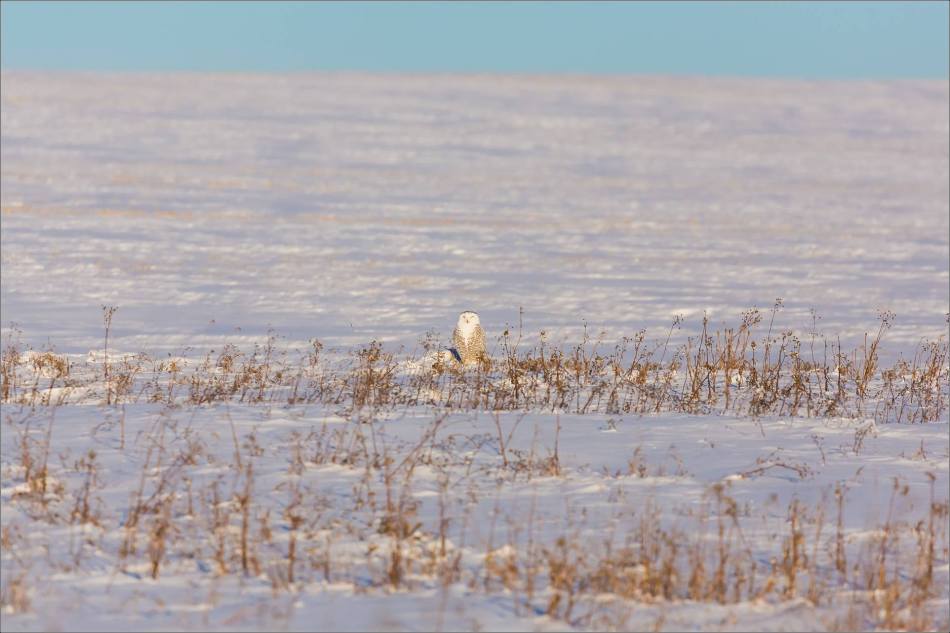 The snowy took flight and let the wind push her eastward, across the road in front of us, until she landed on a fence post.  She did not stay there long before diving into the snow on the far side of a frozen pond.  That was a bit too far to see if she caught something but it looked like she did.

Soon after she jumped off the snow again and flew low over the ground before rising up enough to clear the fenceline. 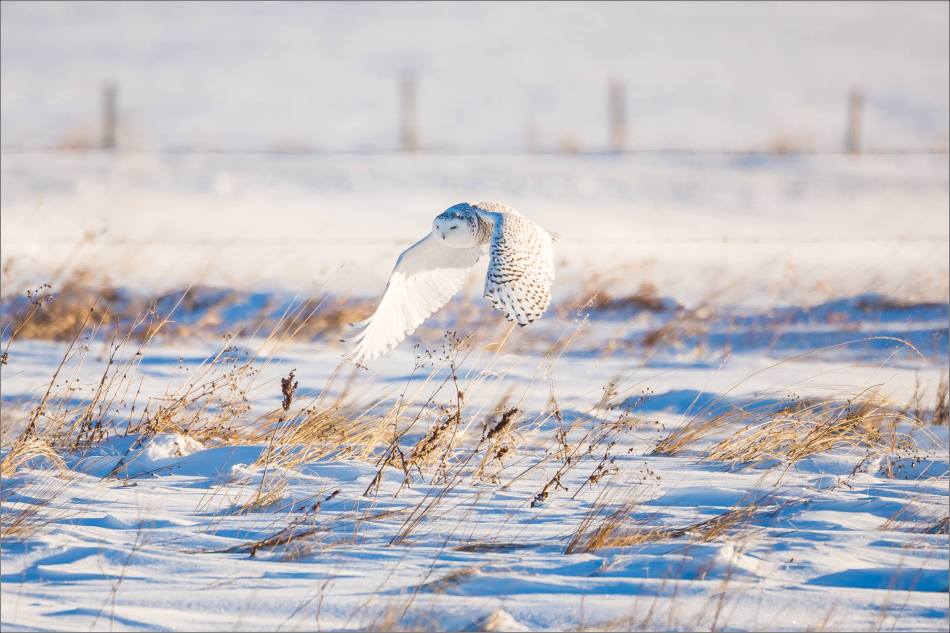 That flight took her up to the gate of a compressor station.  We photographed her for another three hours afterwards.  I’ll cover that in my next post. 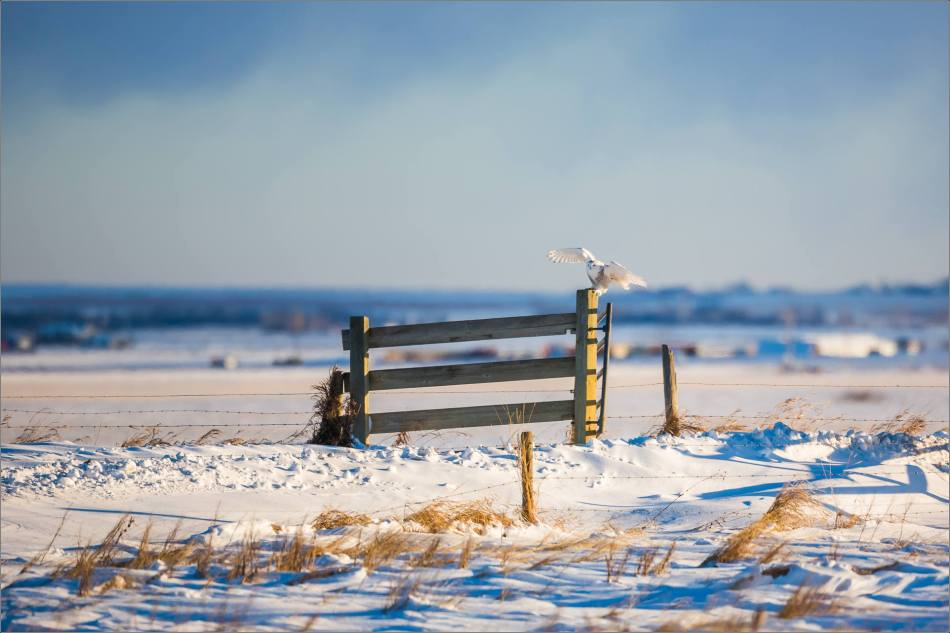 This entry was posted on February 12, 2017 by Christopher Martin. It was filed under Alberta, Nature, Owls, Wildlife and was tagged with alberta, animal, bird, Bubo scandiacus, Canada, owl, photography, prairie, Snowy owl, wildlife.