Alces alces in a Kananaskis snowstorm

As dawn broke on a recent morning when I was up in Kananaskis, the skies were leaden and threatening to drop some form of precipitation.  It was cold and windy so it seemed an open question whether it would be rain, snow or a frozen mix of the two.  The weather foiled my plans for a sunrise shoot of Mount Kidd but made it an easy decision to drive further up the valley into the Peter Lougheed Provincial Park.  I passed a few White-tailed deer but did not see much else on the way up.  Apparently I had an appointment (unbeknownst to me at the time) with this wonderful family of moose.  They were standing around this marsh in plain view beside the turn off of the Kananaskis Lakes Trail up to the Upper Lake’s parking lot and trailhead. 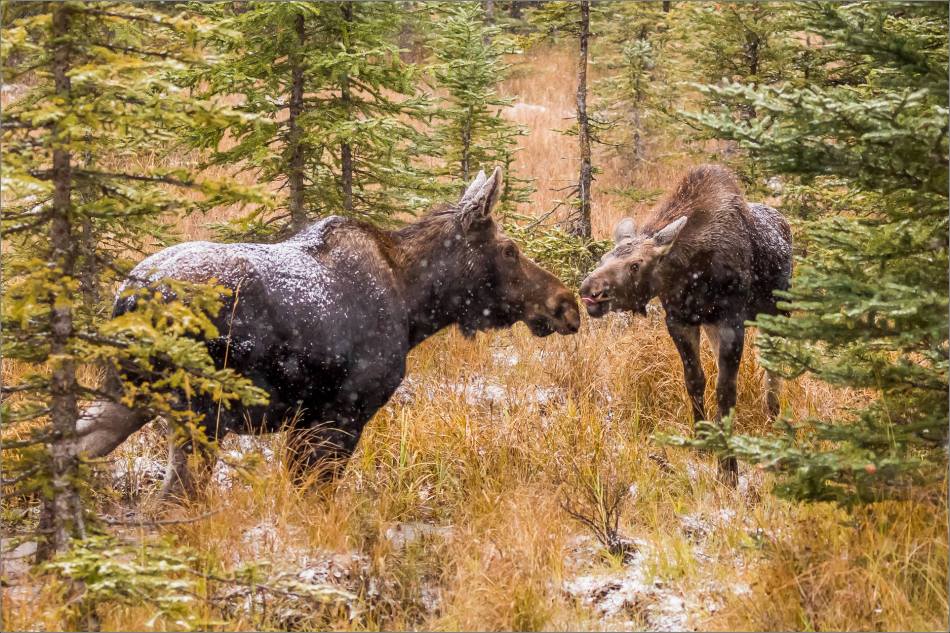 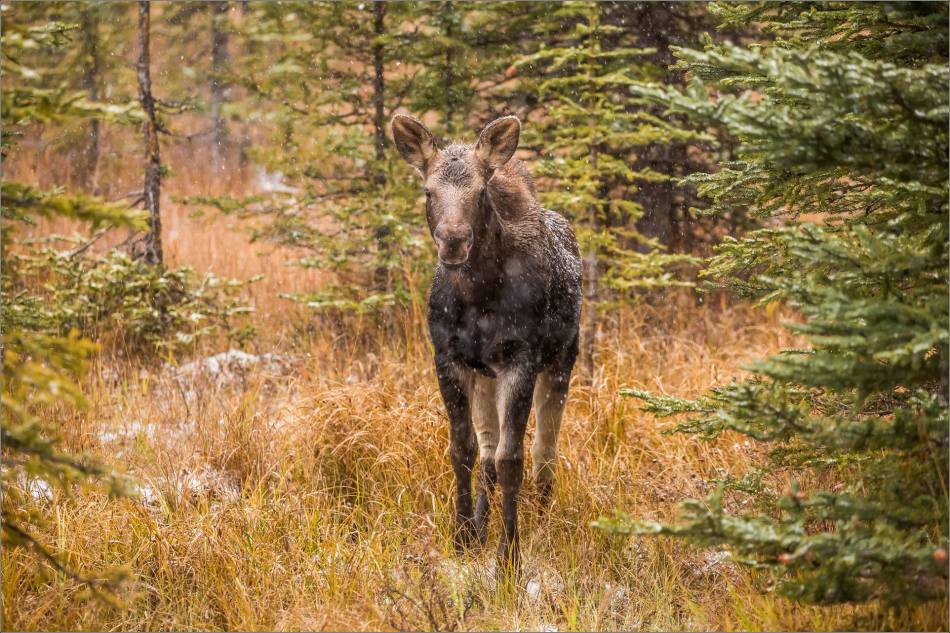 The calf stayed close to her mom but was not very shy.  Staring at me several times to satisfy her curiosity about what I was and whether I was something of interest or not.  The bull was hidden within a few trees at first so it was a great surprise when I saw his antlers first come into sight. 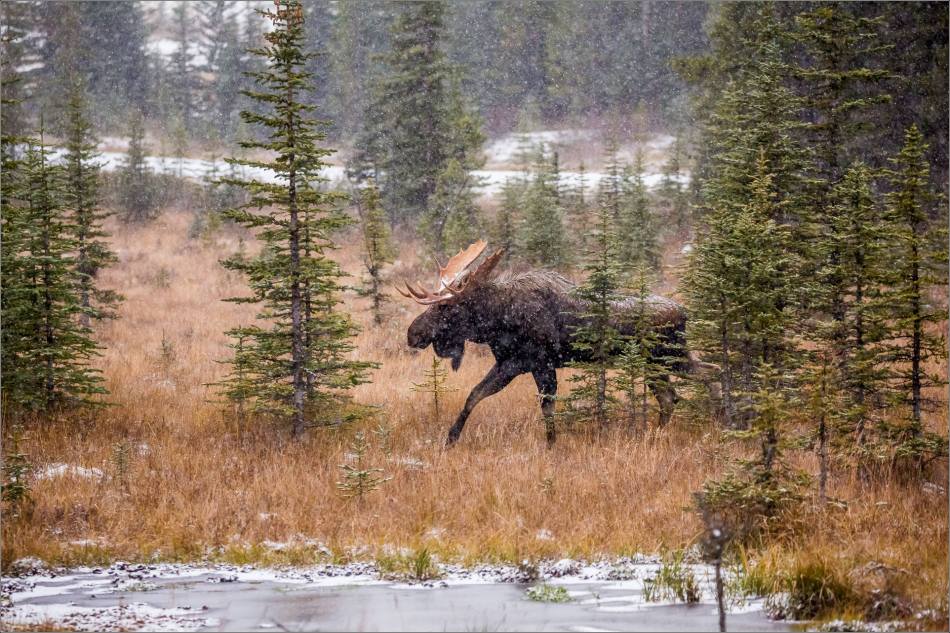 When a snowplow passed by, its scoop loudly grinding against the asphalt, the young one was startled and ran a little ways off from the roadside.  Mom followed and they munched along as they slowly headed into the forest.

The bull was a magnificent creature.  Healthy and very confident, neither the vehicles nor my presence made any impression on him.  He kept his eyes on any activity around him but was focused on grazing.  I watched him for the next hour as he moved between trees, bogs and little fields.  Their ability to blend in and disappear, despite their size, was observed many times and always surprises me.

The storm’s intensity ebbed and flowed through the morning and the snow followed accordingly.  At times falling hard, at times almost stopping completely.  Along with adjusting the camera settings to drag the shutter and blur the snow’s motion or freeze the flakes in action, it was a great setting to photograph these moose in. 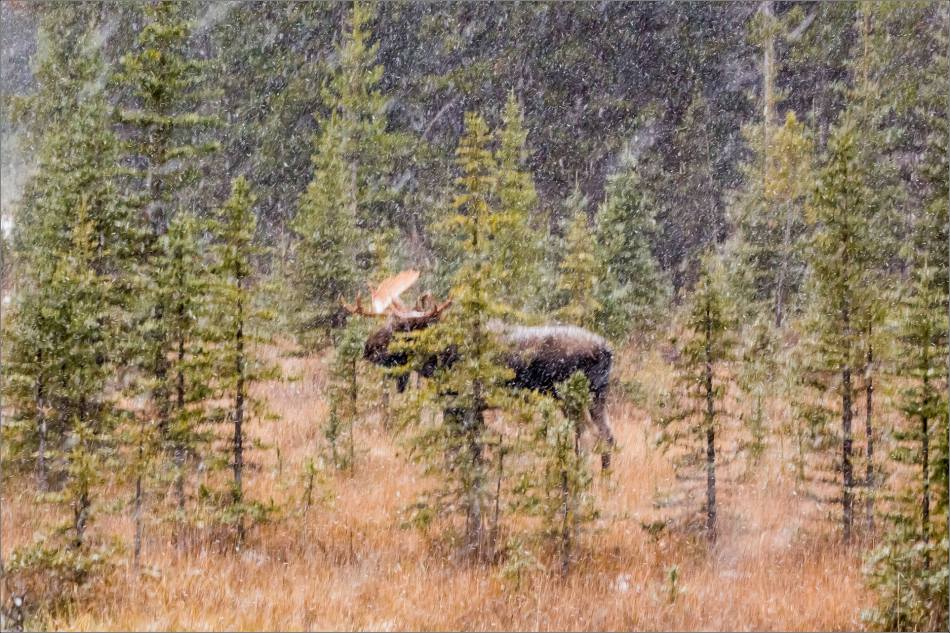 The bull kept an eye on the family as they went into the trees and eventually followed them away from the marsh.  The encounter ended shortly thereafter but I would not ask for anything more.  It was a great day in Kananaskis.