My first night with the Northern Lights this fall 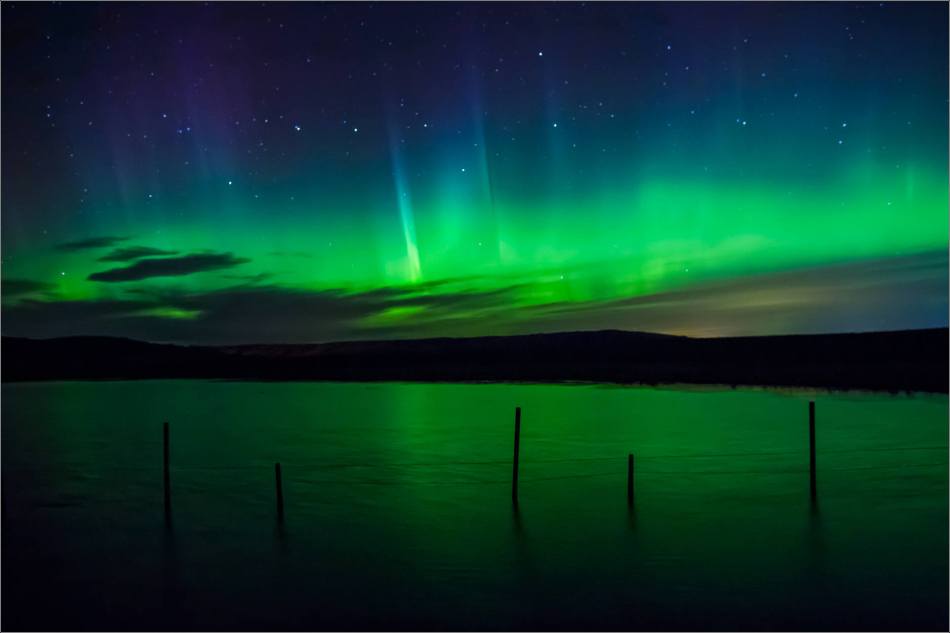 September closed out with several strong Northern Lights displays that reached down to southern Alberta.  I was happy to make it out to the Foothills to photograph in the middle of the night for two of them.  These images are from the first foray which started around 11:30pm and continued rippling when I finally headed home around 2am on the 26th. 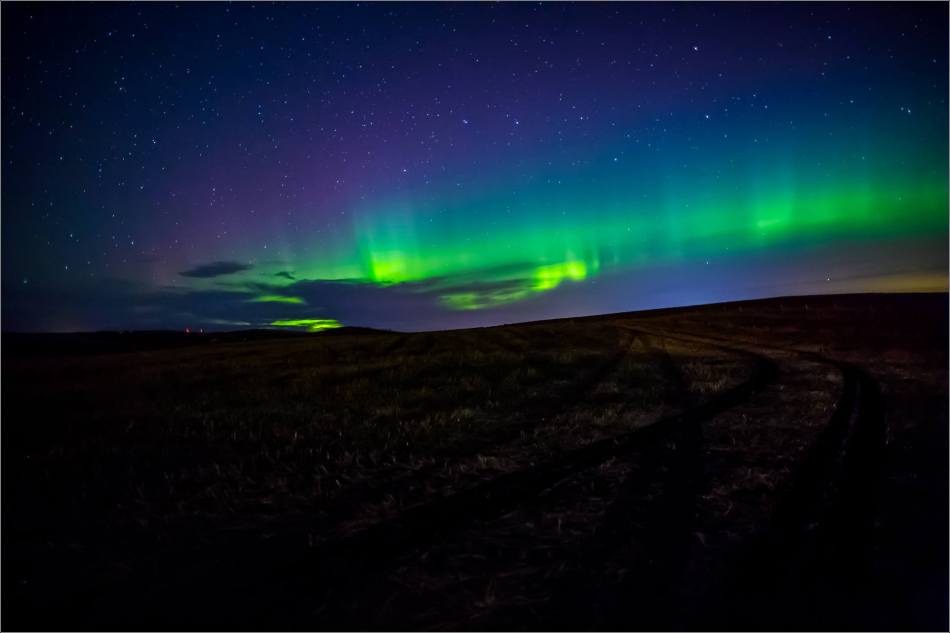 The clouds seemed to move in slow motion and picked up the glow from Cochrane differently as the night progressed.  Above, the aurora’s color palette shifted into pastels.  A few of the later images reminded me of cotton candy and were fantastic to watch slowly ripple then fade away.  I imagined these were tie-dyed waves rolling in both over the pond but also the sky they were reflecting. 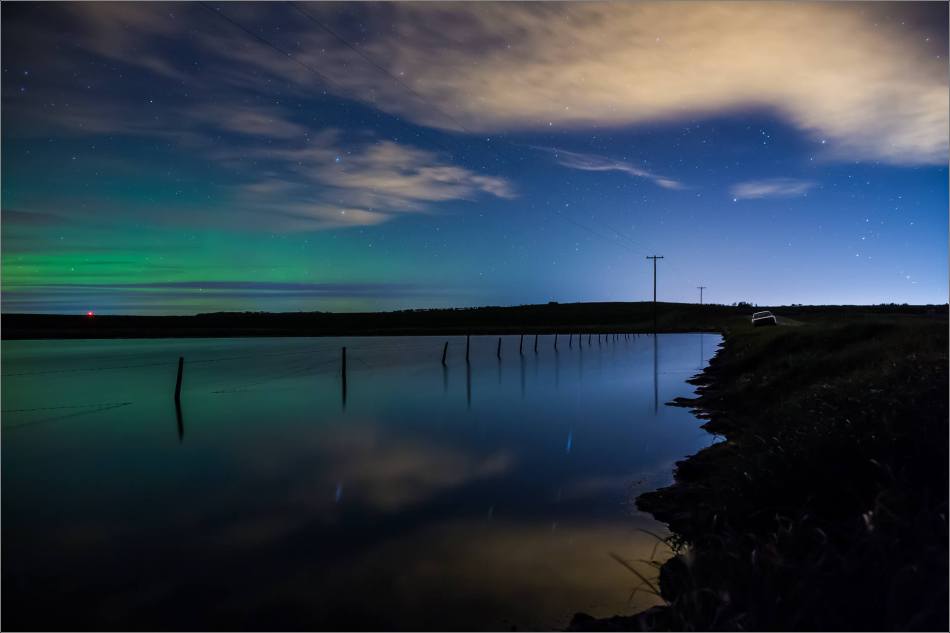 Ursa Major and its Big Dipper were constant companions in the sky behind the dancing lights.  The stars would run in and out of the clouds, hiding at times and burning brightly at other times.  There was good magic to watch throughout.