After the Osprey’s plunge 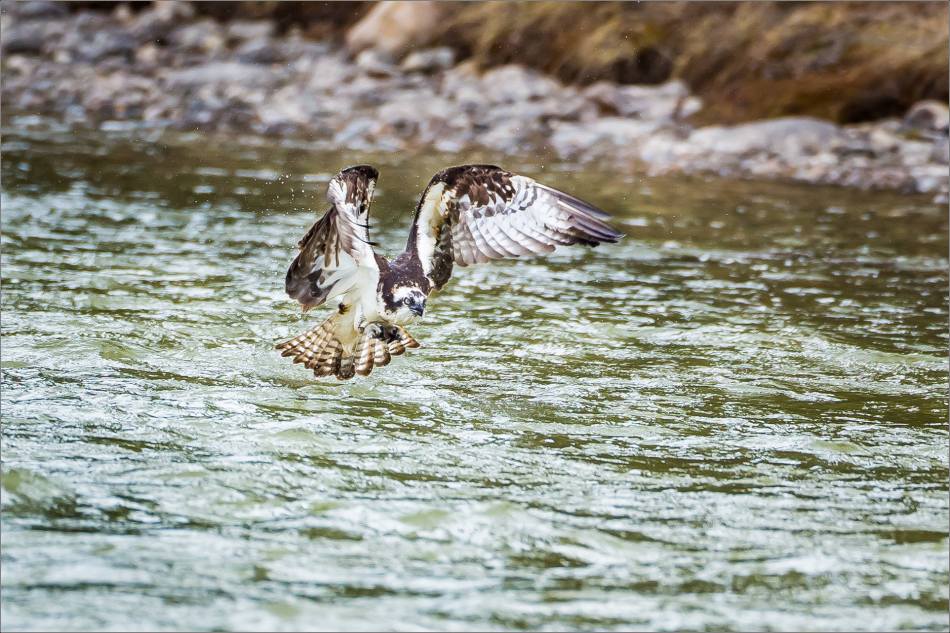 The pair of Ospreys I photographed in the Banff National Park a couple of weeks ago spent most of the afternoon with her on the nest and him perched high in trees over the Bow River.  I waited a couple of hours for one of them to dive into the water for a fish. 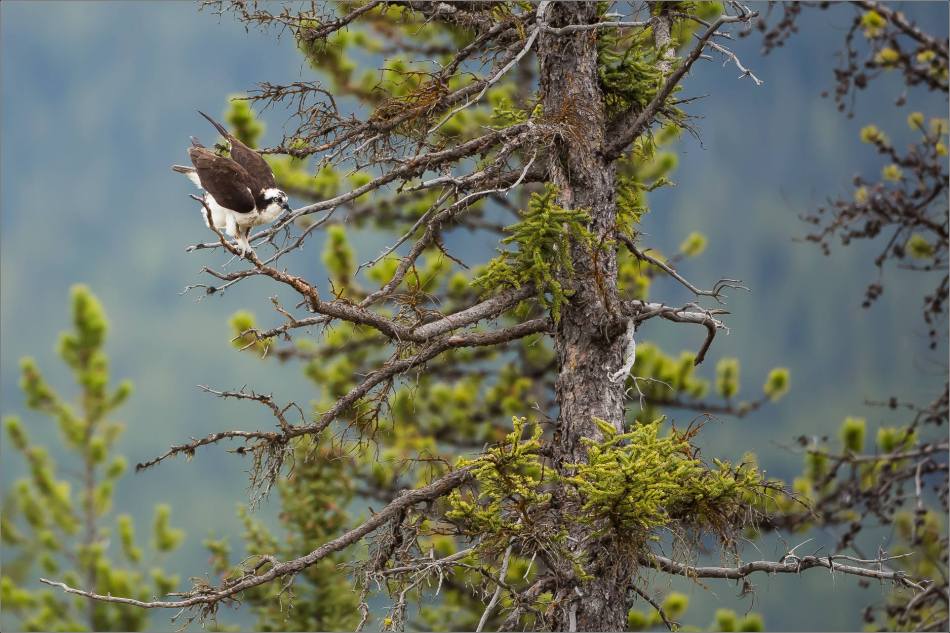 It happened once, and it was fast.  I missed the descent and the initial contact with the water.  That bugged me but I got locked in once he surfaced. 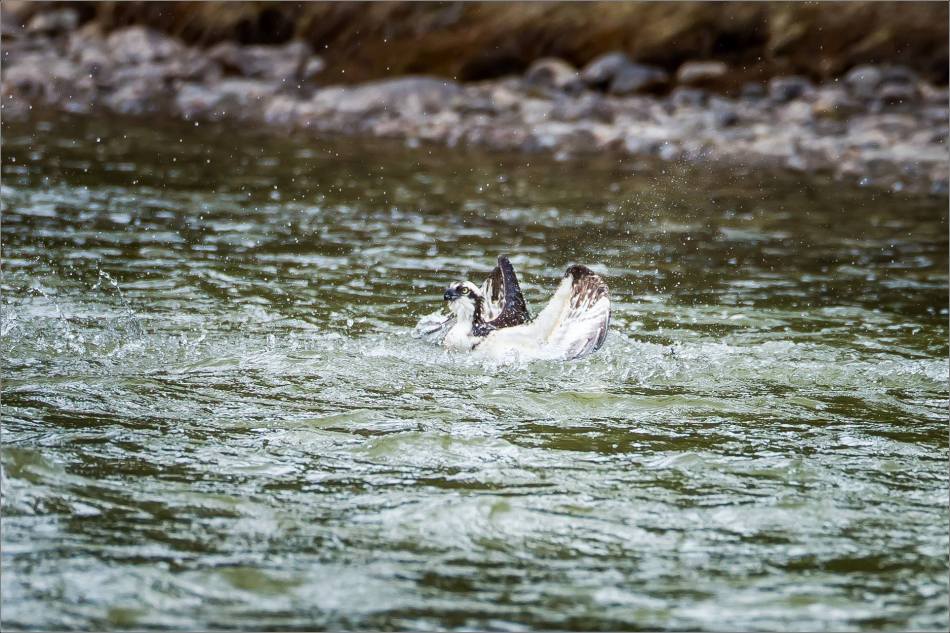 I hoped to see a fish in his clutches but when his talons were out of the water and visible, there was no such luck – for them or me.  It was interesting to watch the lifting into the air so I was not dismayed in any real way. 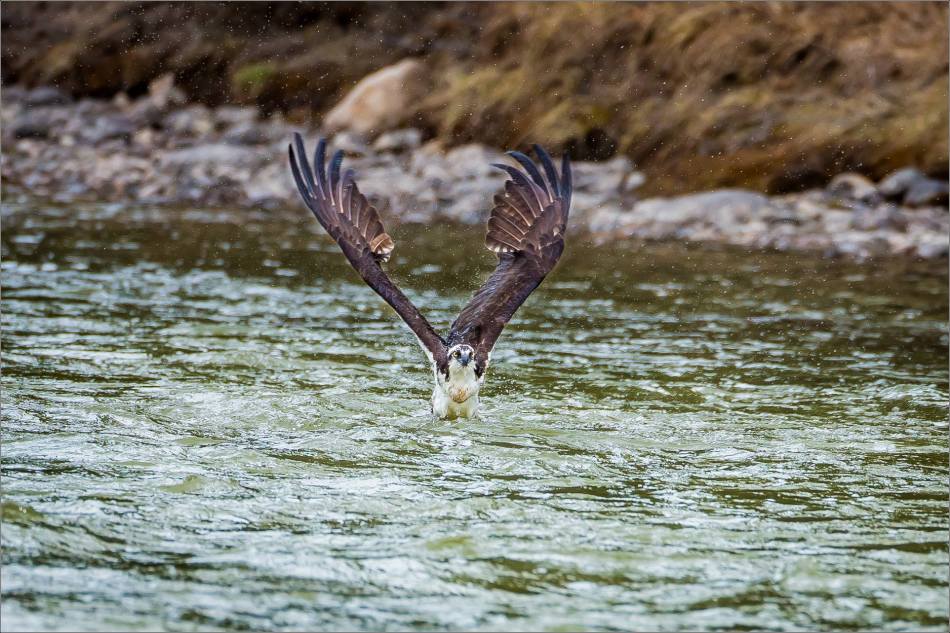 Flying past me, I waited to see where the next perch would be. I wanted to see if I would continue to be in a good location for the next dive.  The Osprey had other ideas, and flew upriver, disappearing around a bend several hundred metres away.  I watched that bend for a little while, in case there was a return flight, but ended the day shortly after that and headed home. 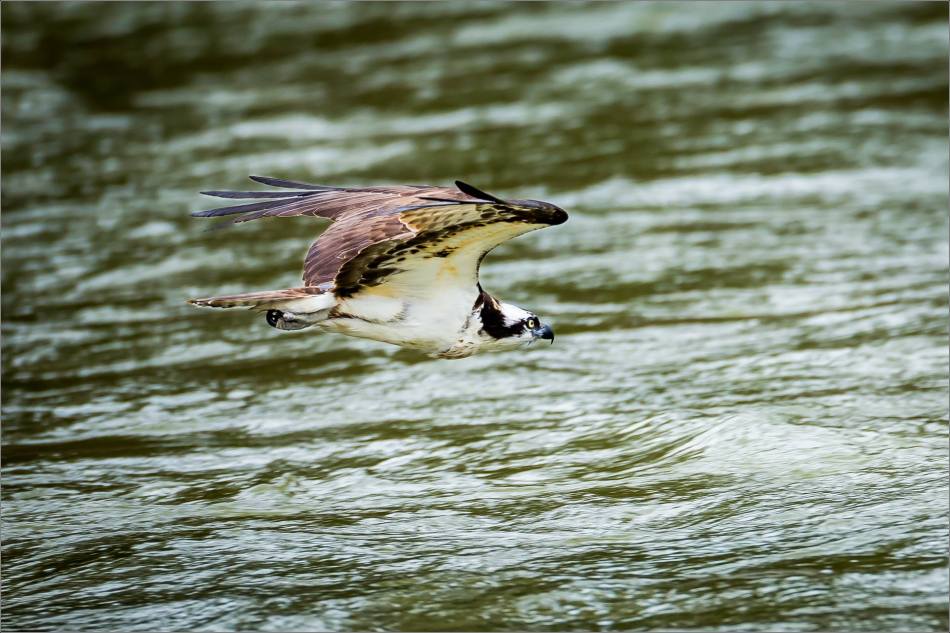