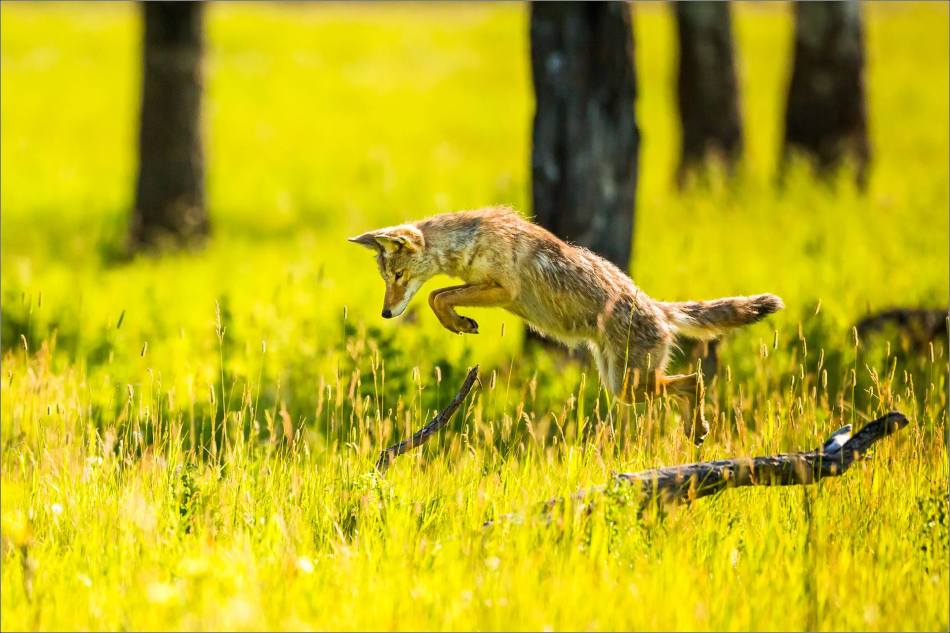 This morning I found a coyote skittering along the ditch on Highway 8 in between Bragg Creek and Springbank.  At first, I thought it was an older pup but then I realized it was an adult in its sleek summer coat.  I often photograph coyotes in the cooler months when they have their heavier jackets on so I’ll forgive myself the initial error.  I believe this one was a female and she was absolutely beautiful.  I was worried when I spotted her as she seemed to be trying to cross the road amid pretty steady traffic.  Watching her, it became apparent that she and a couple of ravens were attracted to some bits of roadkill on the highway. 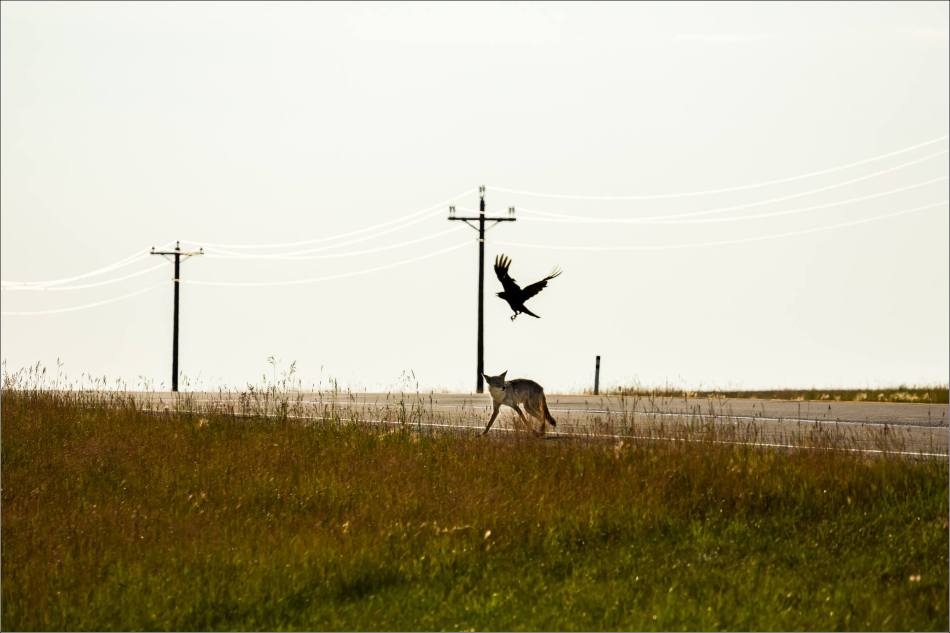 It was a relief when she slipped under the fence towards a field with an open stand of broken and weathered trees.  She turned her attention towards hunting for field mice and that’s where the fun really began.

Turns out she is an accomplished hunter and I was delighted to watch her successfully catch two mice on three jumps.  Of those leaps, I was in good position for two of them and am happy with the action caught.

The image above is the start of the first leap.  The image at the top of this post was the next image as she was fully airborne.

The whole sequence from target acquisition to landing is efficient and I admired the focus, power and dexterity she showed.  The three leaps all occurred within a short 2-3 minute stretch.  On either side, she favoured me with a few inquisitive looks.

After a total of fifteen minutes she crossed a gravel back road and disappeared into the heavy scrub brush on the other side.

This entry was posted on July 24, 2015 by Christopher Martin. It was filed under Coyotes, Nature, Wildlife and was tagged with alberta, animals, Canada, coyote, wildlife photography.