Lightning and the Northern Lights? Last night there was. 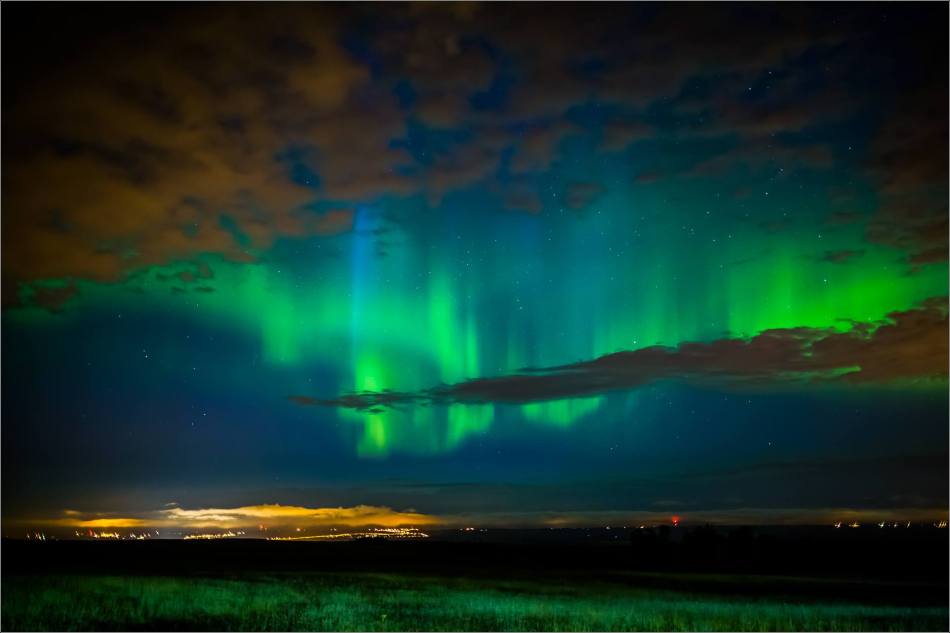 I came home late last night after watching the chuckwagon finals and the final grandstand show of the 2015 Calgary Stampede.  That was a great night (thank you Larissa and Sean) and as I cleared the city driving home, it became that much better.  From the Trans-Canada Highway, I looked northward and could easily see the glow of the Aurora Borealis stretched between Cochrane and Calgary.

Altering my course, I drove towards the Springbank airport and found a good hill to watch the sky from.  While setting up my camera gear, lightning flashed from deep within the thunder clouds that hung low in the sky.  The party was in full swing and I was excited to join in, albeit from a distance, and start photographing. 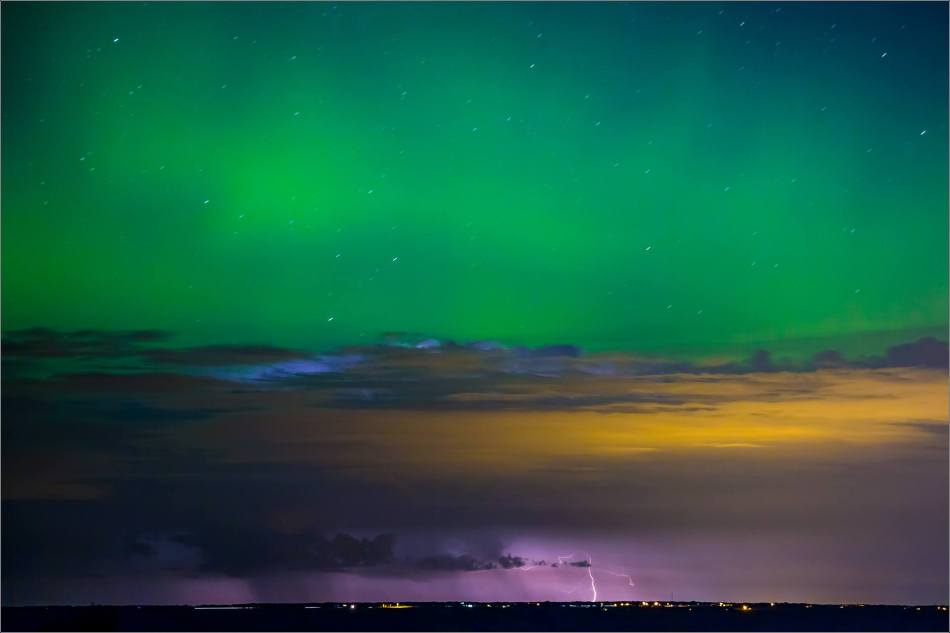 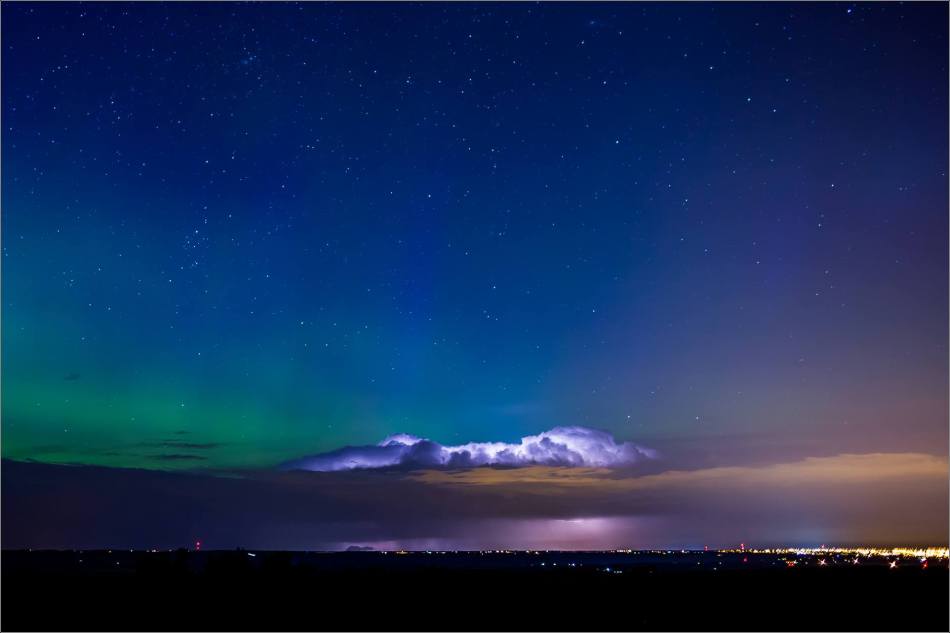 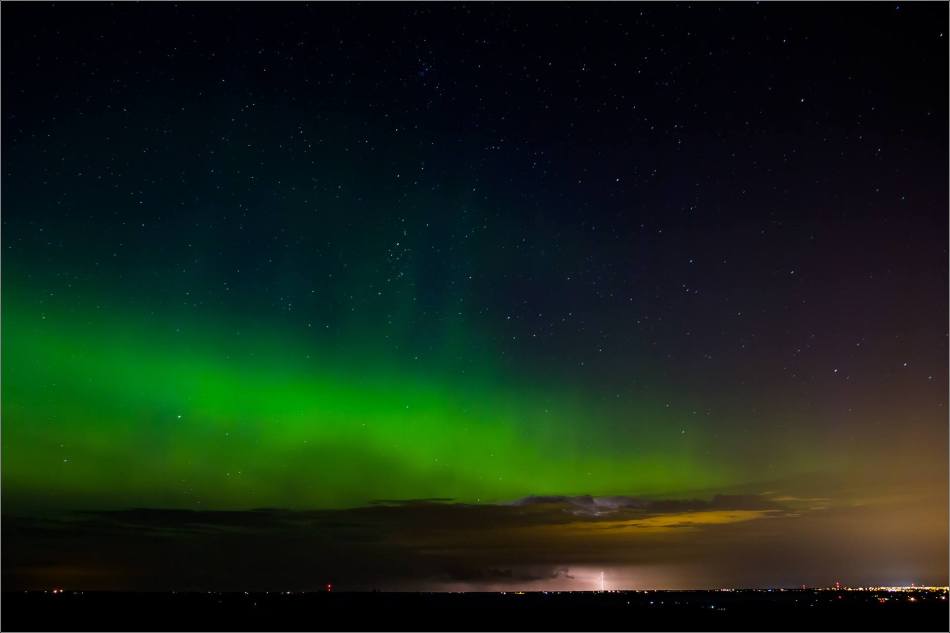 The auroras were rippling above these clouds and it made for an incredible experience. 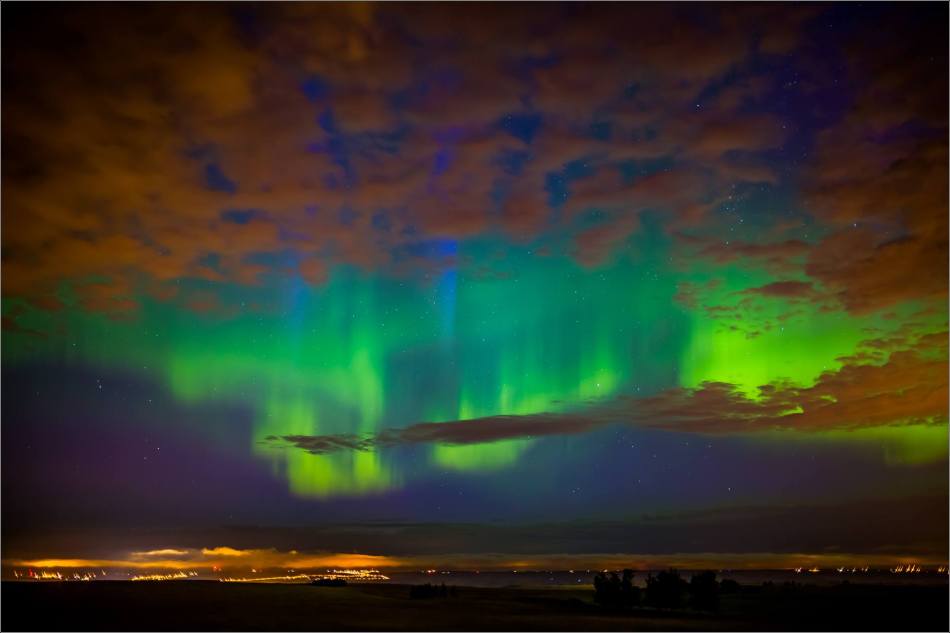 I stayed out for two hours watching as the storms slowly wound down while the entire northern sky was painted on with ethereal beauty.  Early on, the lightning streaked to the ground several times in different parts of the sky and ripped across the clouds regularly.  In the second hour, the Aurora Borealis grew larger and brighter while the storm separated as the clouds spread out across the prairies. 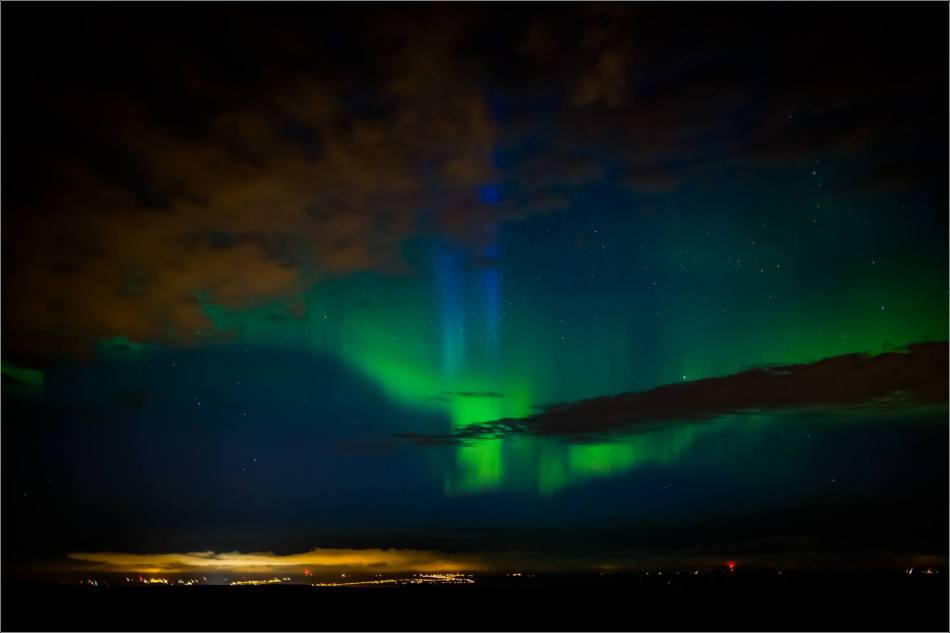 This entry was posted on July 14, 2015 by Christopher Martin. It was filed under Aurora Borealis, Landscapes, Night Photography .